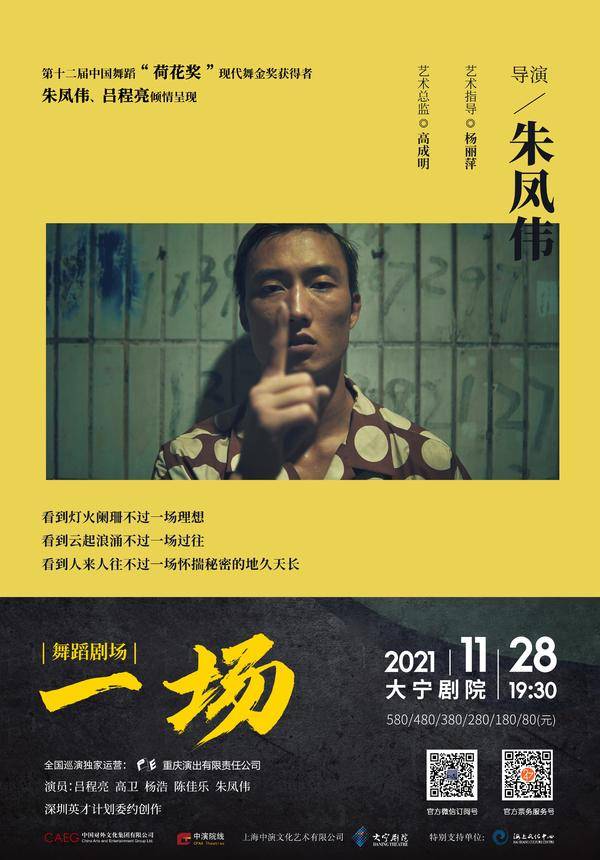 A true, wonderful and incredible story.

It’s about ZHU as well as you and me.

The right word for this story of youth is probably

It’s a story about here.

The things that are changing so rapidly.

All that shines is nothing more than a dream.

No one stays lucky forever.

People come and go. Yet inside, they will live on forever. 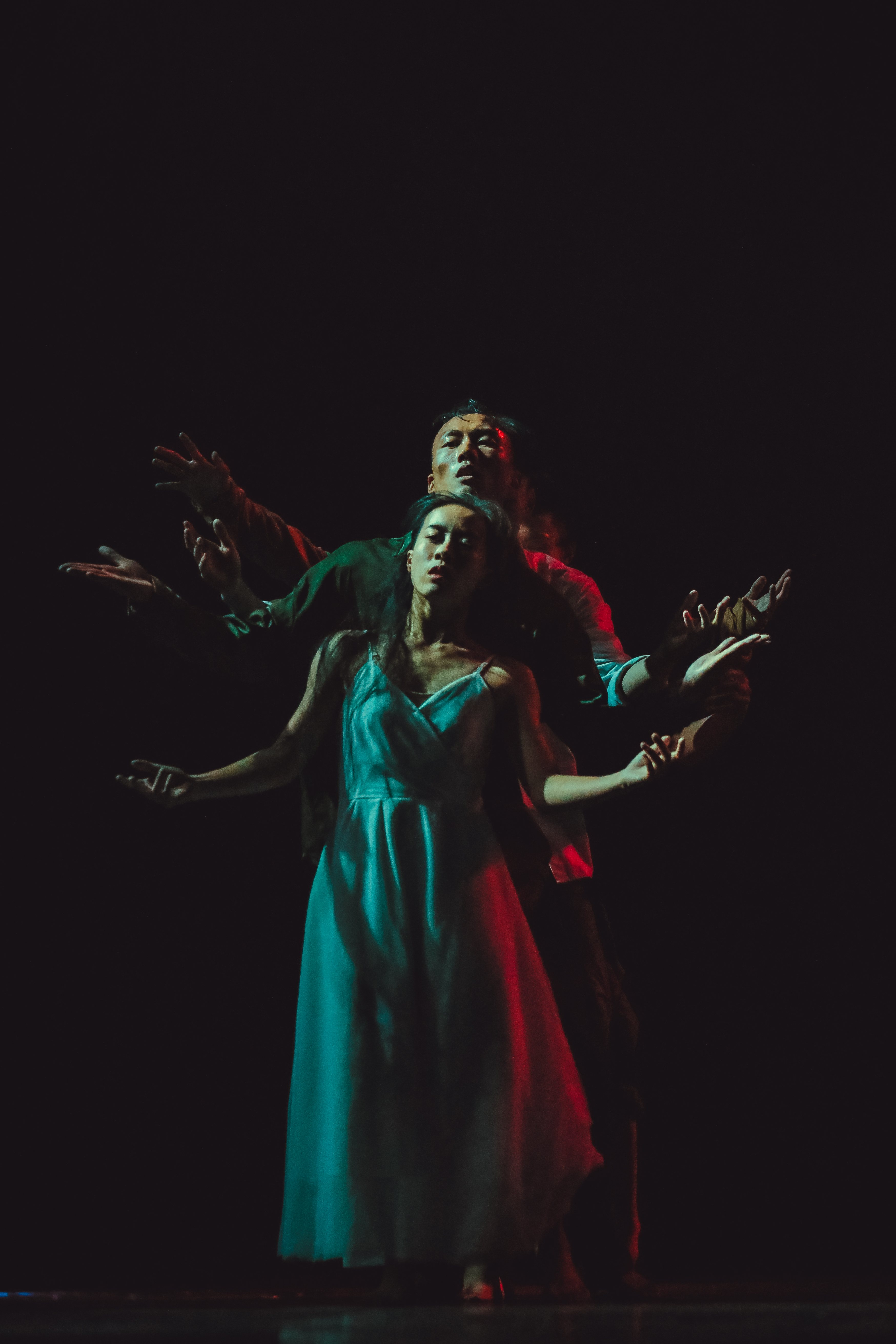 “If we will never make it there, should we get drunk and forget about it for a while…”

Many of the coincidences in life may turn into everlasting memories. Ordinary but irreplaceable. Dance pieces can be grand as well as delicate and sensitive. What I wish to achieve is to tell a story that recalls the broken love in you. You feel the sadness, but it’s the sadness that doesn’t hurt. On the contrary, it’s rather nice. It’s crude. It’s choking. It’s not splendid. Neither is it plain.

The creation of Once is closely related to Da Zhu’s life experience, but it’s not a real story. It is the epitome of the youth of everyone. It could be Da Zhu’s story or yours or mine. 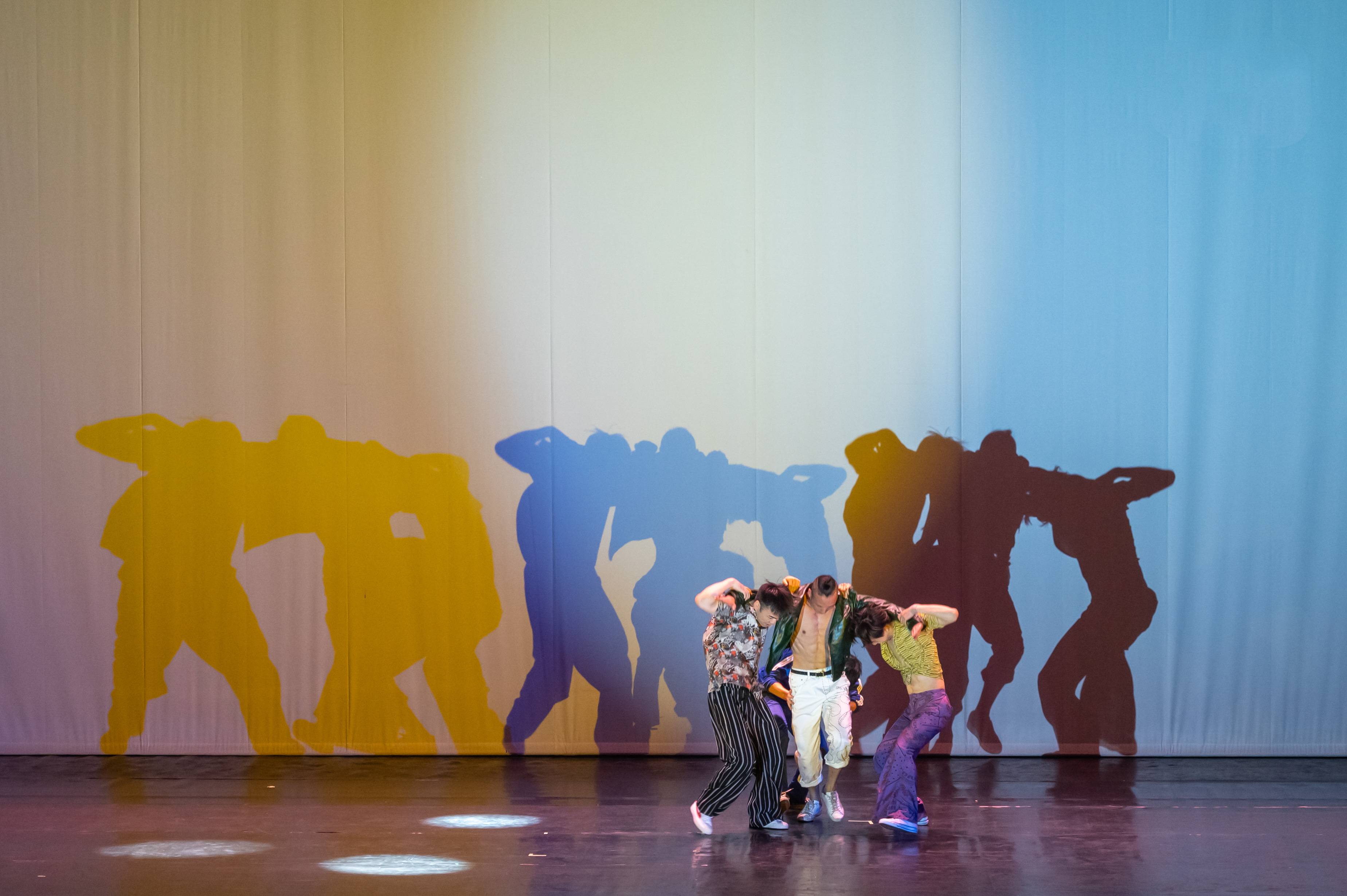 This time we turned the theatre into a black box.

For this dance piece, the performance area and audience seats are both set on the stage. Normally, there is a certain distance and height difference between the auditorium and the stage. In order to better appreciate the performance, we build the stage into a black box. With the stage as the centre and surrounded by three sides of the seats, the audience will be very close to the dancers and feel more engaged in the performance.

The auditorium will be divided into three zones, namely A zone, B zone and C zone. You may purchase the ticket by choosing one of the three zones according to your preference. There will be no seat number, you may sit on any of the available seats in your correspondent zone.

Even the torrent of time can not wash away the touching story from the youth that are filled with emotions and deeply engraved in the memory.

This story from the past brings with it a different sense of time. It’s crude. It’s choking. It’s not splendid. Neither is it plain.

You often see him as the leading dancer in YANG Liping’s dance drama. This time, he is a director coming from the countryside.

As a dancer, Da Zhu has been working as the leading dancer of YANG Liping's dance dramas. He has been known as "the priest" in "The Rite of Spring" and "the prince" in "Pingtan Impression". He is a unique existence among the new generation of star dancers. He is wild and free in nature. The TV show Dance Storm in 2019 has made him known to more audience. The 360-degree camera shots of his dance pieces portrayed him as the most powerful dancer among all dancers. With his inspiring and characteristic performance, he won the place of top eight in the show.

The dance theatre Once is his maiden work as a choreographer.

"It's so hard to be a choreographer!" Da Zhu once said. "You only need to care about yourself when you're just a dancer, but now you have to pay attention to every dancer and think over every detail of the work."

Art comes from life. Da Zhu has always been considered as a wild and urban person. Yet, he grew up in the countryside. From there he moved to the county, and then to the big city.

Countryside. That is the place where he grew up and where most of his emotion lie.

“That’s why I created a piece that has a strong sense of countryside.”

Life is full of ups and downs, just like every coin has two sides. While dance can talk about big topics such as man and nature, it can also touch upon delicate feelings. What Da Zhu wish to achieve is to tell a story that recalls the broken love in you. You feel the sadness, but it’s the sadness that doesn’t hurt.

If you don’t know much about dance theatre, this piece of work may be a good starter. Here’s the invitation. We are waiting for you in the Karaoke box of the 1980s.

The term “dance theatre” was first proposed by Pina Bausch, the master of contemporary dance. The purpose of establishing this concept is to express the theme of dance more freely through various forms. To speak or not to speak, to dance or not to dance, and to use props at will are all up to the choreographer. Pina once said, "I care about what people do, not how they move."

Besides the pure art of body movement, Da Zhu uses props and plot to present the most true feelings in a most realistic environment. In a word, Once is highly suitable for anyone who wishes to know more about dance theatre. 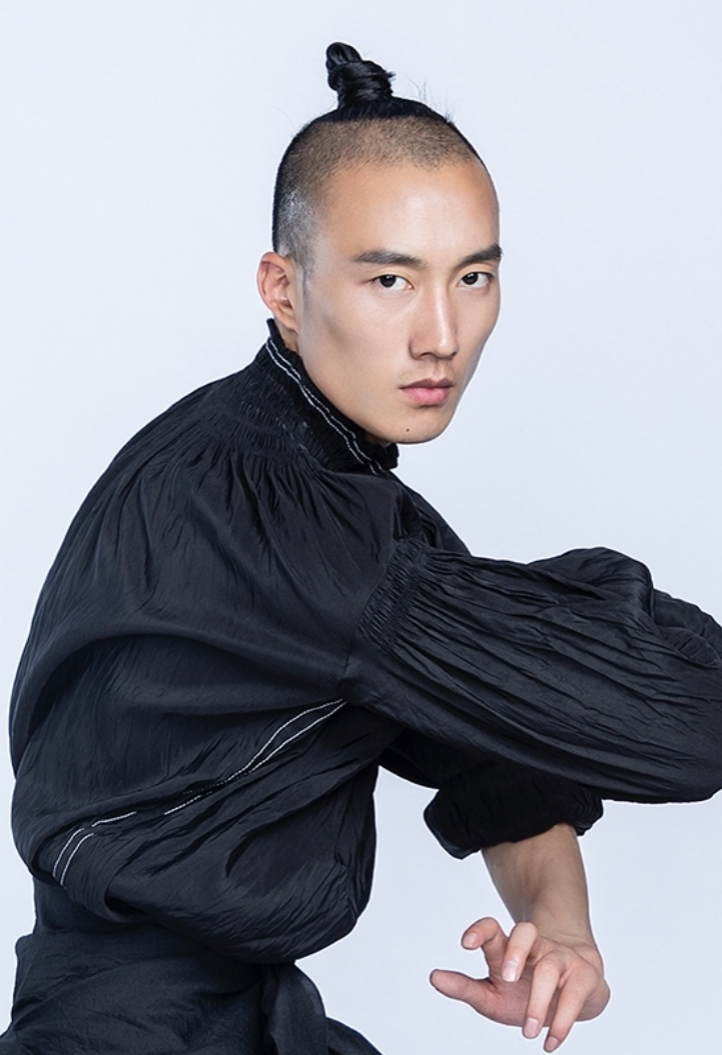 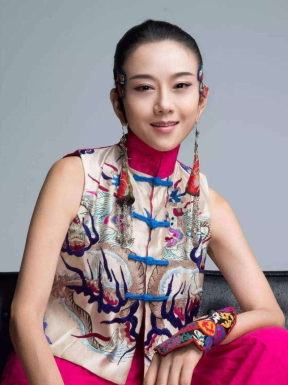 Director
ZHU Fengwei is a dancer and choreographer. He was the resident dancer of Beijing Modern Dance Company from 2014 to 2017, performing in “Blooming of Time”, “Oath Midnight Rain”, “The Rite of Spring” and “Chinese Zodiac”. During this period, he went along with Beijing Modern Dance Company to perform in overseas countries such as Germany, Canada, Egypt, Croatia, etc. In 2017, he performed in GONG Zhonghui’s “Gazebo” and CHEN Sian’s “Foodie” as an independent dancer.
He has worked with artists like YANG Liping, YE Jintian and HE Xintian, taking the main role in dance dramas such as “The Rite of Spring”, “Winter of Peacock”, and “Pingtan Impression”. Over the years, he has shown up at various theatres and international festivals such as London’s Sadler’s Wells, Brisbane Art Festival, Melbourne Art Festival, etc. 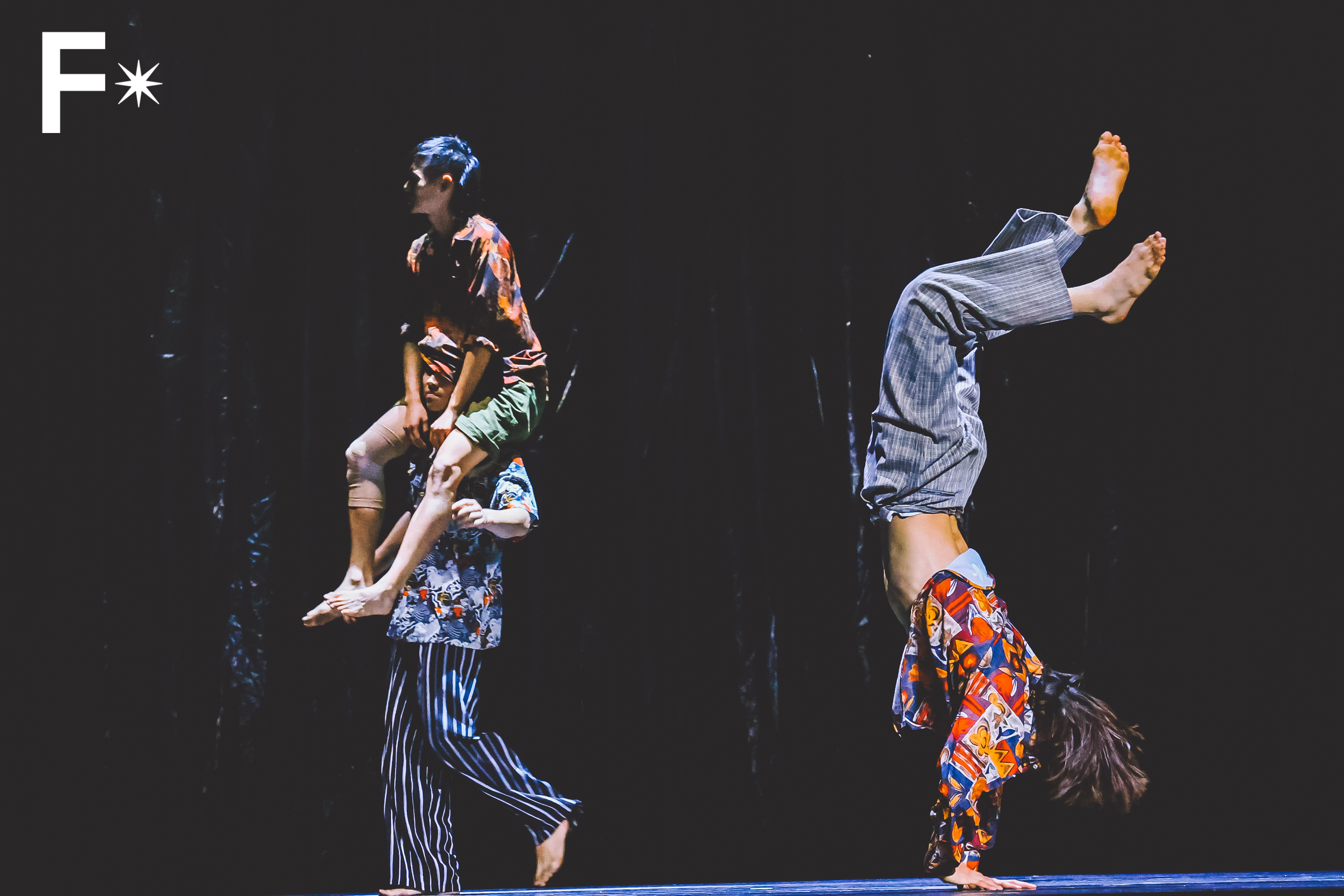 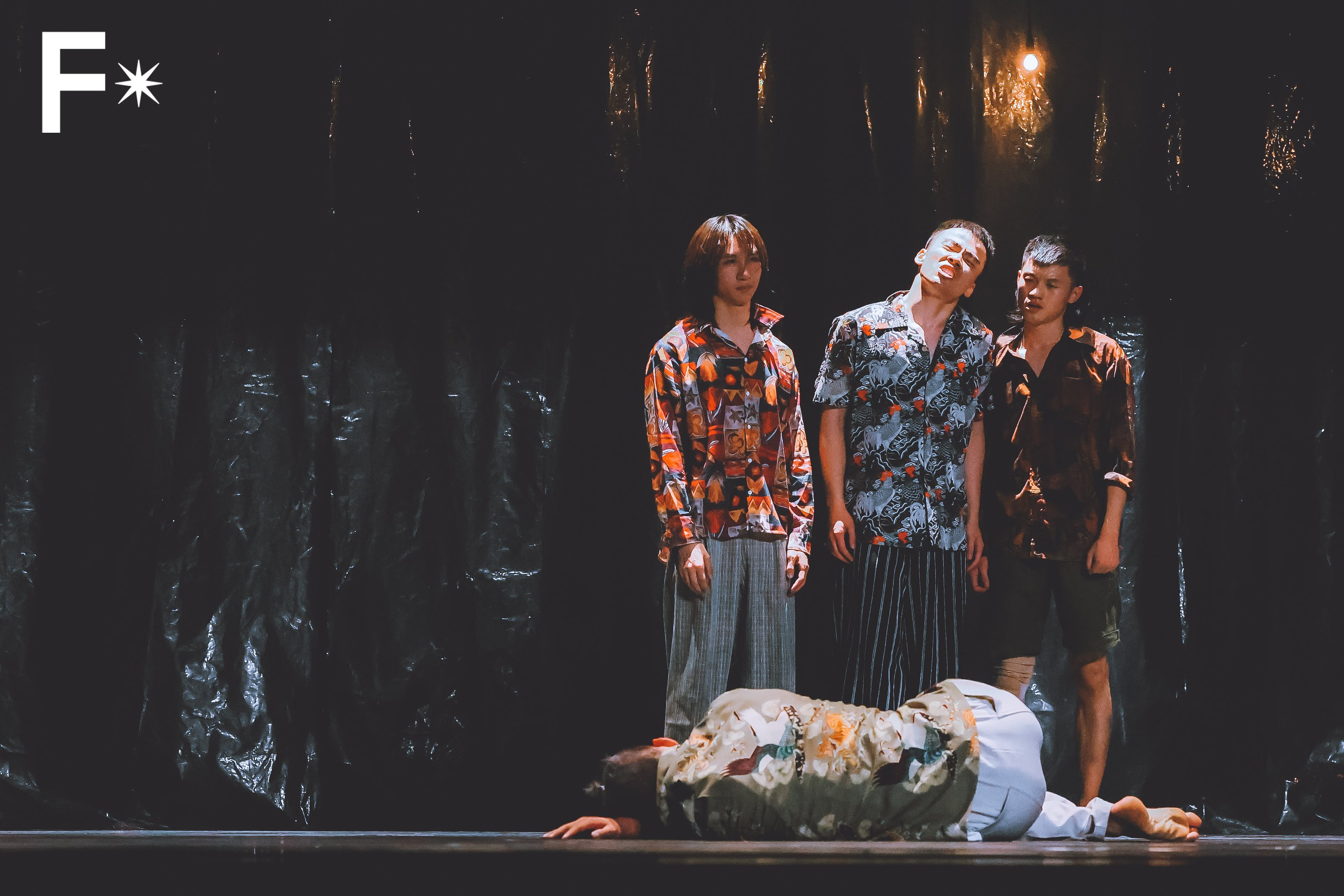 Dancer
LV Chengliang graduated from Beijing Dance Academy, majoring in modern dance, and is now the choreographer of Shenzhen Opera & Dance Theatre Company. During school years, she took an exchange program to the State University of New York at Purchase. She was the rehearsal instructor and stage director of HUA Xiaoyi’s dance drama “Every Moment”. She toured in YANG Liping’s “The Rite of Spring”. She won the gold prize for the teenager group of the 7th Seoul International Dance Competition and first award for women in the youth group B of the classic dance of the 9th Taoli Cup. Her personal works include “The Chanting of Fan”, “Early Spring”, “Apple”. “Yi” and “Take Care” are her choreography works.

GAO Wei graduated from Guizhou Normal University, majoring in the department of dance, and is now the dancer of Gaga Dance Company. He performed in the premier show of GONG Zhonghui’s “Gazebo” at the multi-functional theatre of National Centre for the Performing Arts. He also danced in YANG Liping’s “Under Siege” and “The Winter of Peacock” while performing in Tokyo and at Lincoln Center as well as during the global tour. As he stays at Gaga Dance Company, he participated in the creation of “Inner Structure” and the group performance with Yishenshu, Local, Nashan Culture, Organic Music Radio. He also performed for GGDC’s creation of “The Hole”.

YANG Hao graduated from Guizhou Normal University and is now the dancer of Gaga Dance Company. He attended the TV program “Dance in Step”, performed in GONG Zhonghui’s work “You Sheng” as well as Aduo’s Future Ethnic Music Show “The Land of Birth”. He also danced in Gaga Dance Company’s creation of “Parallel World — Blue” and “Inner Structure”, the group performance with Yishenshu, Local, Nashan Culture, Organic Music Radio and GGDC’s creation of “The Hole”.

CHEN Jiale graduated from Guizhou Normal University, majoring in the department of dance and is now the dancer of Gaga Dance Company. He performed in works like “Sheng Xi”, “Feng Yin”, “Miao” and “Dirt”. He also performed in Gaga Dance Company’s creation of “Inner Structure”, the group performance with Yishenshu, Local, Nashan Culture, Organic Music Radio and GGDC’s creation of “The Hole”.