Outrageous high comedy ensues as the pangs of unrequited love affect the unforgettable characters of Shakespeare’s Twelfth Night. While the lovelorn Duke Orsino plots to win the heart of the mourning Olivia, an alliance of servants and hangers-on scheme against the high-handedness of Olivia’s steward, the pompous Malvolio. When Orsino engages the cross-dressed Viola, who has disguised herself as a young man under the name Cesario, to plead with Olivia on his behalf, a bittersweet and hilarious chain of events follows. 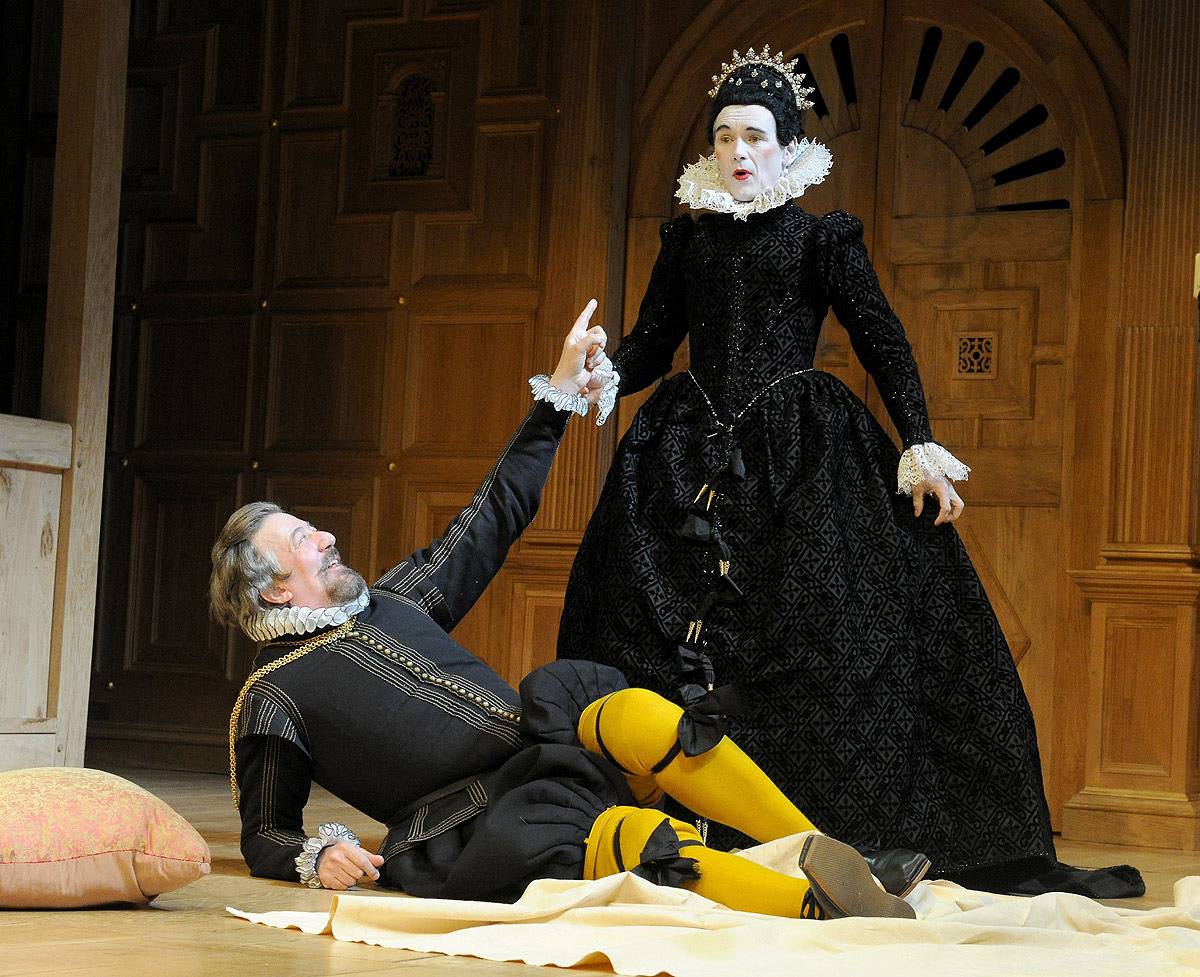 Originally performed at the Globe in 2012, this production transferred to Broadway for 16 weeks. An all-male Original Practices production, Twelfth Night explored clothing, music, dance and settings possible in around 1601.