Venue:
Shanghai EXPO Celebration Square
1368 Shibo Avenue, outside the North gate of EXPO (near Mercedes-Benz Arena) Pudong Shanghai
Date:
10/4/2019 - 10/6/2019
25% OFF Special Offer Available
This ticket is only available as an e-ticket

- Receive E-ticket via Email
- Show Your E-ticket @ Venue
- All Attendees Require a Ticket
- No Cancellation
MAGIC AND MUSIC《Ocean of Dreams》Immersive magic musical is coming. Stars shine Set off the carnival. 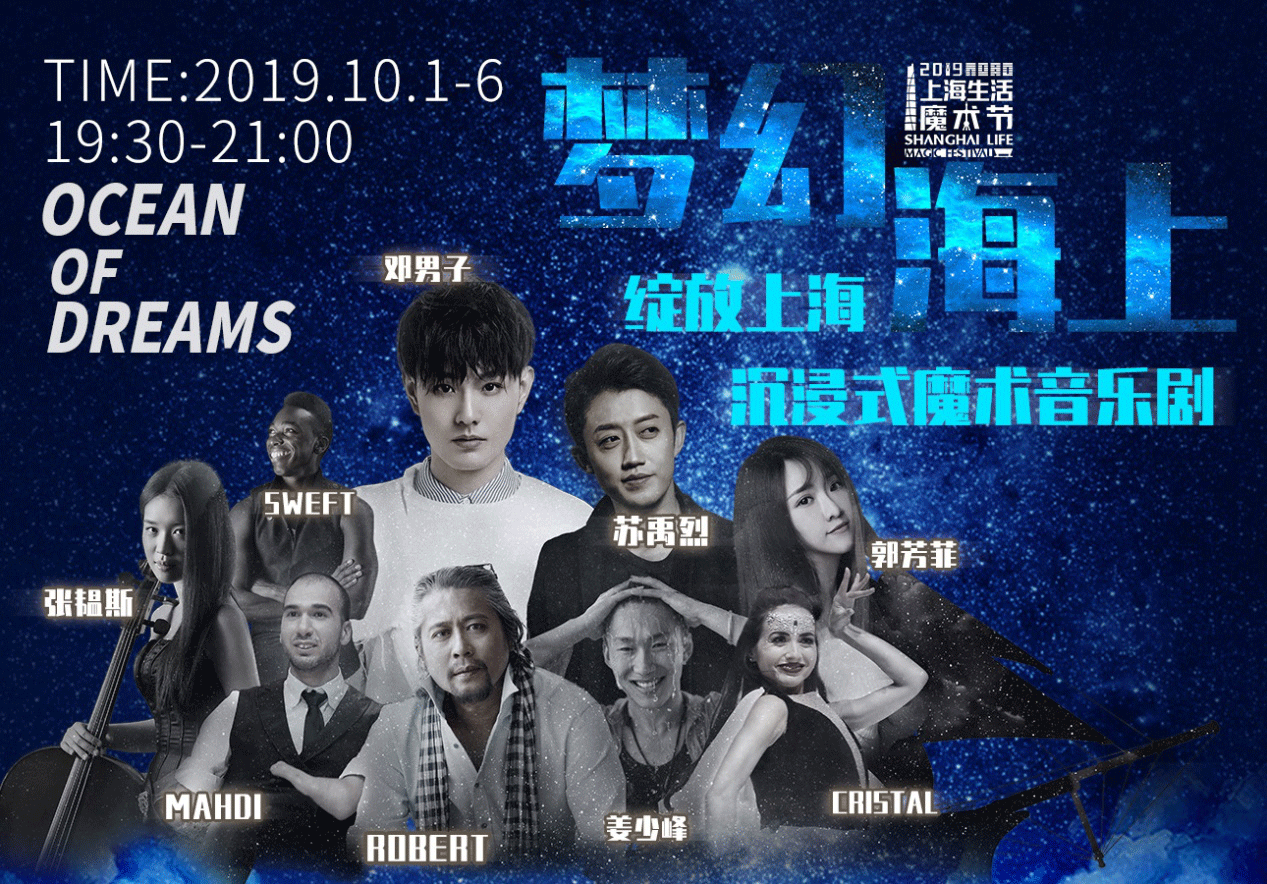 《Ocean of Dreams》Immersive magic musical is produced by Shanghai dream entertainment, directed and created by zhang kerin and Robert Vicencio, and performed by guests including deng man, Mahdi Gilbert and Kris Kristal. Inspired by magic music, the musical tells a fantasy story of a drifting dream ship that encounters a crystal iceberg with mysterious powers on the voyage. The captain falls into hypnotism, and the all-powerful hermit appears in time to save the captain and the people on board.
The play discusses the goodness and evil of human nature, the temptation and restraint in life and the protection of the earth's environment and other issues worth thinking about...
At the invitation of the captain，boarding an cruise ship，start a Travel in pursuit of dreams at Sea. A calm night, neither fast nor slow, neither early nor late. Cruise ship hits iceberg, mysterious crystal emitting confusing light Vertigo, wobble, confusion, desire...
The captain was frozen and hypnotized. The journey is forced to stop, how to find the direction of "dream"? The almighty hermit is called, Dr. X of wisdom. The boundary between reality and fantasy in the mysterious room 302. There was a lot of fog and magic. The more dangerous the future, the more forward.
Find the beginning, never admit defeat, break the fog, and then step on the journey. Glory sailing, waiting for your miracle. 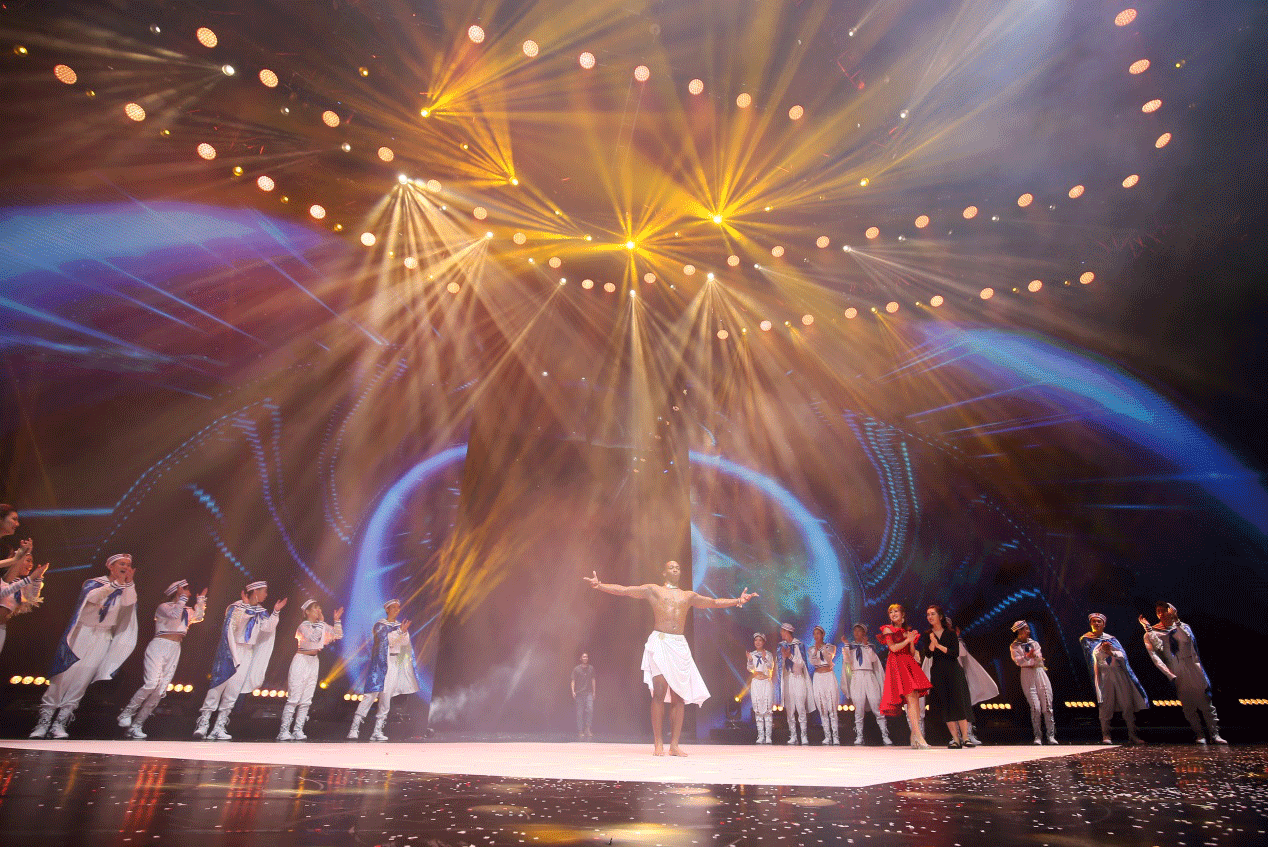 Multiple points to watch,too WOW to stop!
The first immersive magic musical
As the first immersive magic musical in China, 《Ocean of Dreams》 combines the magic and the musical skillfully. The Integration and collision of the two major art forms create different artistic charm, and the immersive performance model also brings immersive interactive experience to the audience closely.
5000+ audience interaction
It’s a large outdoor live performance, more than 5,000 people will gather in the sea of joy, spending 90 minute together to feel the power of magic and music. There will be many climax in the show in this spectacular scene.
The world's top cast
The performance is equipped with many famous magic artists from all over the world, and the luxurious performance team showcases magic and music charm to the utmost to make an unprecedented audio-visual feast.
Dream team for the magic show 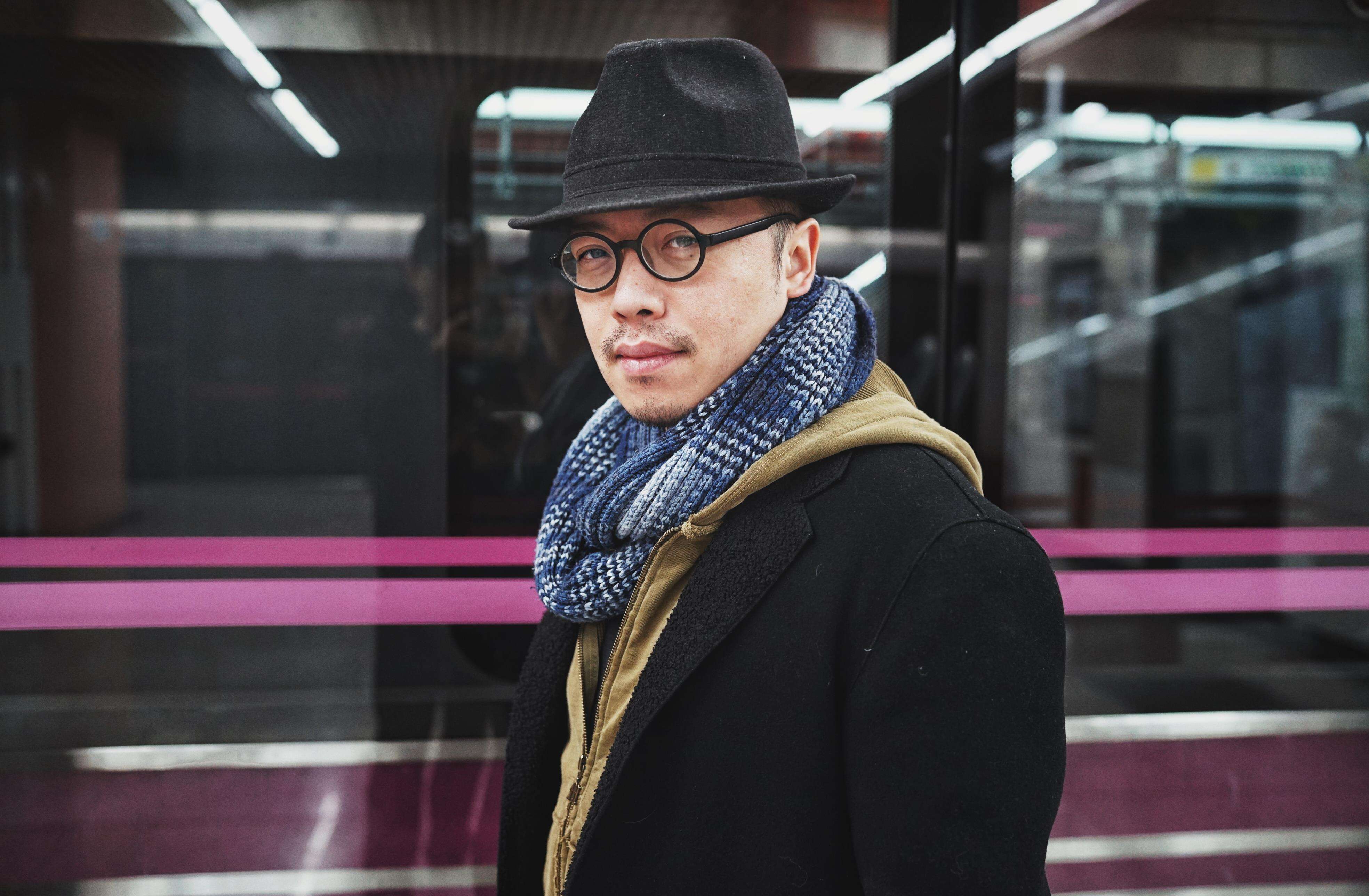 Zhang Kemin
Zhang Kemin, born in Beijing, was raised in Canada. He has served as the consultant and planner of CCTV children's channel, education channel, hunan satellite TV and other TV channels. He directed the musical Oliver, based on the novel Oliver, and he was involved in the production of Love U Teresa, a musical attributed to the late music legend, Teresa Teng. As a playwright, his magic-themed musical Joker’s Game won‘’Best Production’ and ‘Most Popular Production’ at the 2011 Dongguan Musical Festival. Bukaopu Music Salon. 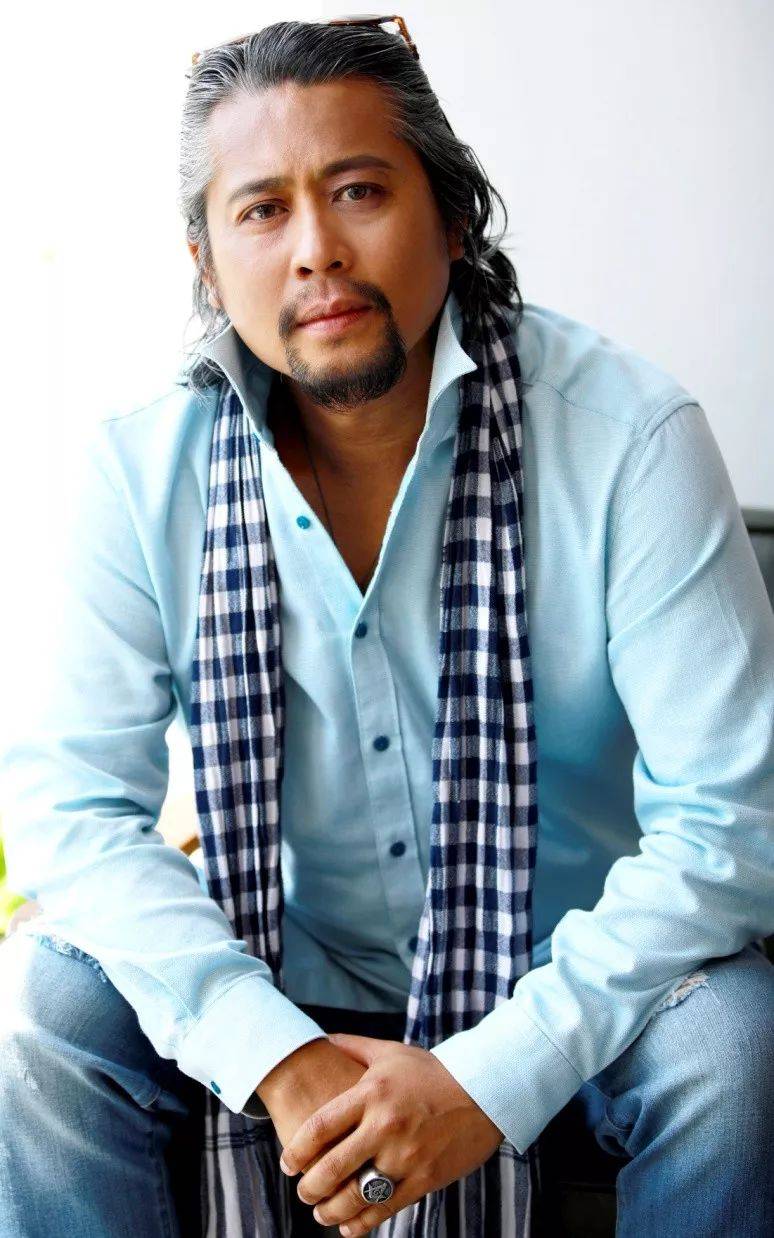 Robert Vicencio
As the director consultant and one of the director in Hunan TV’s program“Phantacity”in the first season, Robert worked closely with legendary divas Faye Wong and Sarah brightman, also other famous Chinese artists,as well as supervised in the directing and production of all the short musical movies.
As a producer and a director of musicals, Robert and his team jointly produced the bilingual version of the children's musical Alice In Wonderland, and the original Chinese musical Rock Scissors Paper, which premiered in Shanghai Lyceum theaters in the same year. RSP was also his first Chinese musical written and directed in China and it ranked in the top five of the box office of original musical of the Chinese grand theater in 2016. 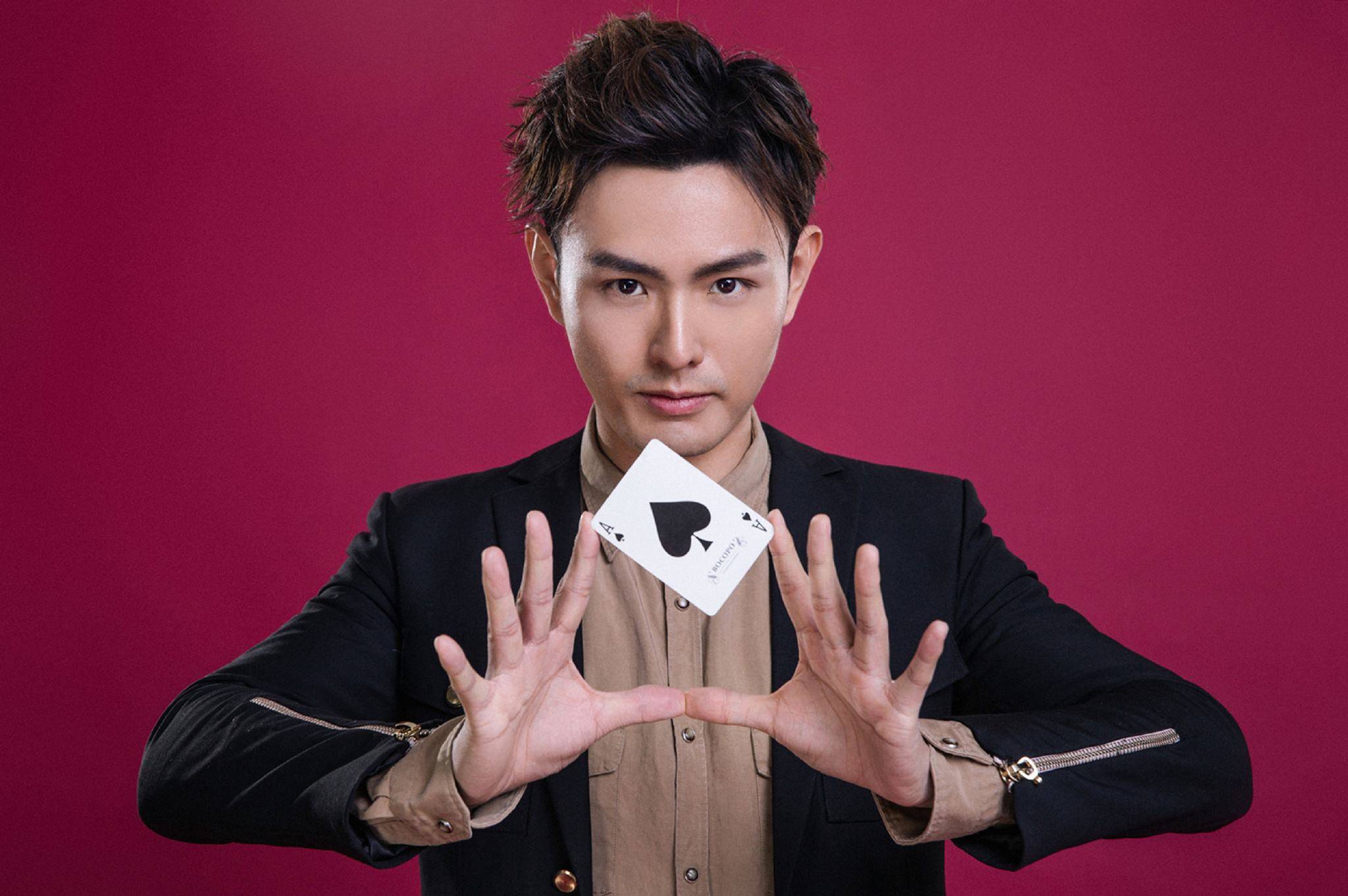 Deng Nanzi
As a fashion magician and Hunan TV’s host, Deng Nanzi has won the “Oscar” in the magic industry "Merlin Award" twice, the champion of the Hong Kong Competition of the World Magic Conference, and the champion of the First Close-up Magic Competition in China.
He created a lot of popular theater IPs like "Nanzi Yue", "The Warlock’s Room", which were the box office hit in 24 cities! For many times he’s on the popular TC shows such as "Happy Camp", "Day Day Up", "Peak Night", "Extraordinary Magician" and "Very 6+1",etc., and has performed with Kris Wu, Song Zhongji, Cai Xukun and other popular artists, at the same time he dominated the hot topic search list.
He has tour as the lead in the show from “Now You See Me”. In the just concluded Hunan TV program"Peak Night", he has won two "Audience Choice" with tricks of "one second restoring rubik's cube", "Yi Bai change into Wu Bai" and other popular tricks, doubled his entertainment reputation. 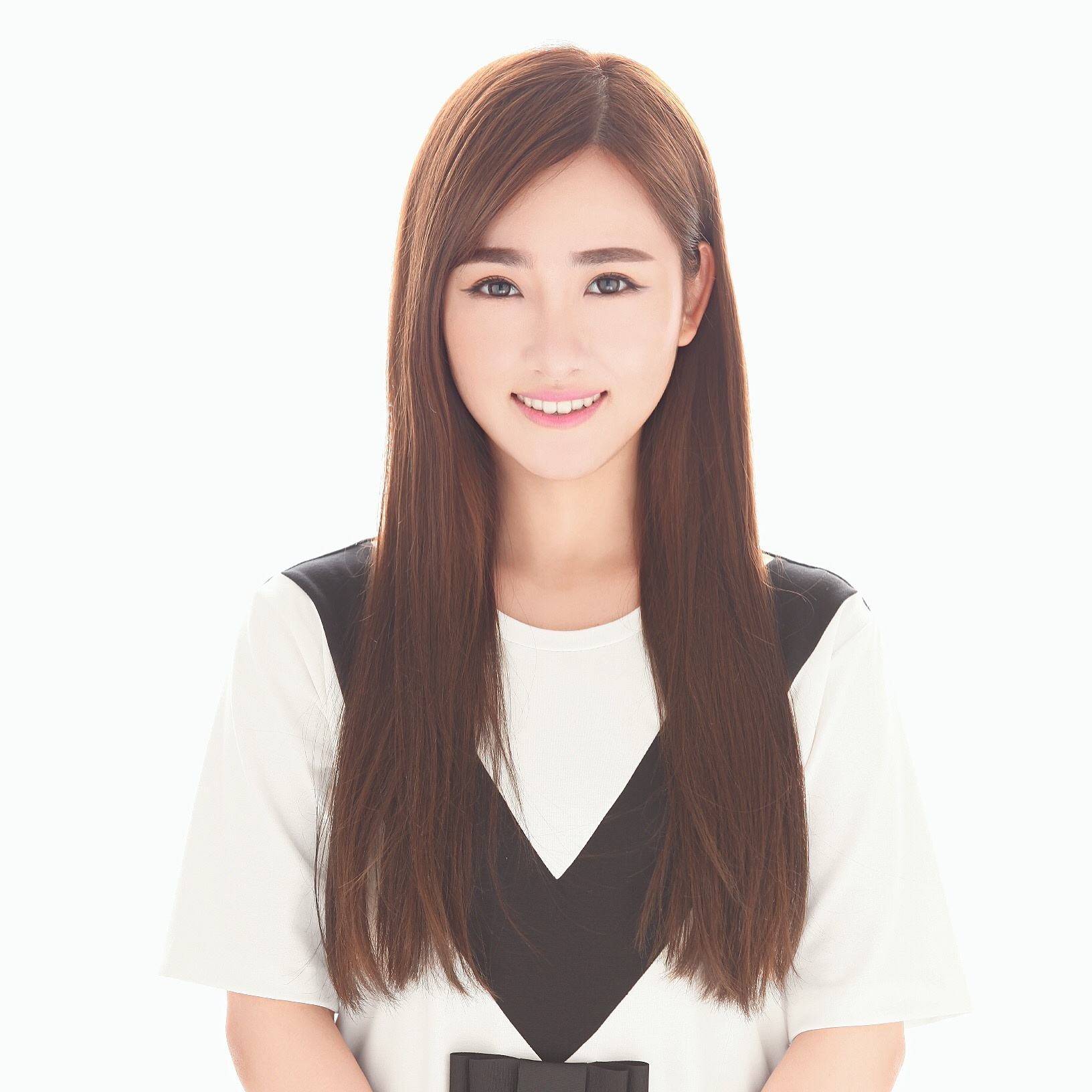 Guo fangfei
Young composer and American-based pianist. Born into a music family, she’s the first Chinese female pianist to perform in the golden hall of Vienna, and has won many important awards of music creation and piano both domestic and abroad. she’s also the champion of Lansum international piano competition in the United States.
Su yulie
Global surfing musician, he creately involved in the 7 Up’s annual advertisement shooting, Tencent’s self made talk program "Bu Keshuo", and published in 2017 the EP "Be Yourself". He’s the first Chinese ambassador for the top global music brand Martin Guitar, and the first Chinese ambassador for the top global surfing brand Volcom.
Rosalind Zhang
She studied piano and cello since childhood. After graduating from the Royal Music College of Toronto, she continued to study cello at the Music College of Manhattan. She studied under Shauna Rolston, Julia Lichten, Michel Strauss, Sheng Mingyao, Wang Yang, Bi Meizhi and so on.
Jiang shaofeng
He is the Chinese tap-dancing prince, with the stage name of Fengzi. He was born in Tianshui, Gansu province on January 3, 1987. He is one of the best tap-dancers in China, who graduated from Beijing Modern Music Research Institute in 2008, he has the reputation of the "Chinese tap-dancing prince".
Mahdi Gilbert
Mahdi Gilbert is one of the most inspiring legend in magic of the 21st century. His life story of becoming a magician is a miracle itself. Born without limbs, he is significantly good at sleight of hand, which is the most demanding in manual dexterity. His story inspires us that anyone can create miracles what they need is hard work.
Kris Kristal
Kris Kristal, from Russia, has been under the international attention for her genius in magic. Her expertise, the quick-change act, turns the stage into a catwalk. This catchy trick has proved to be appealing to her audience. 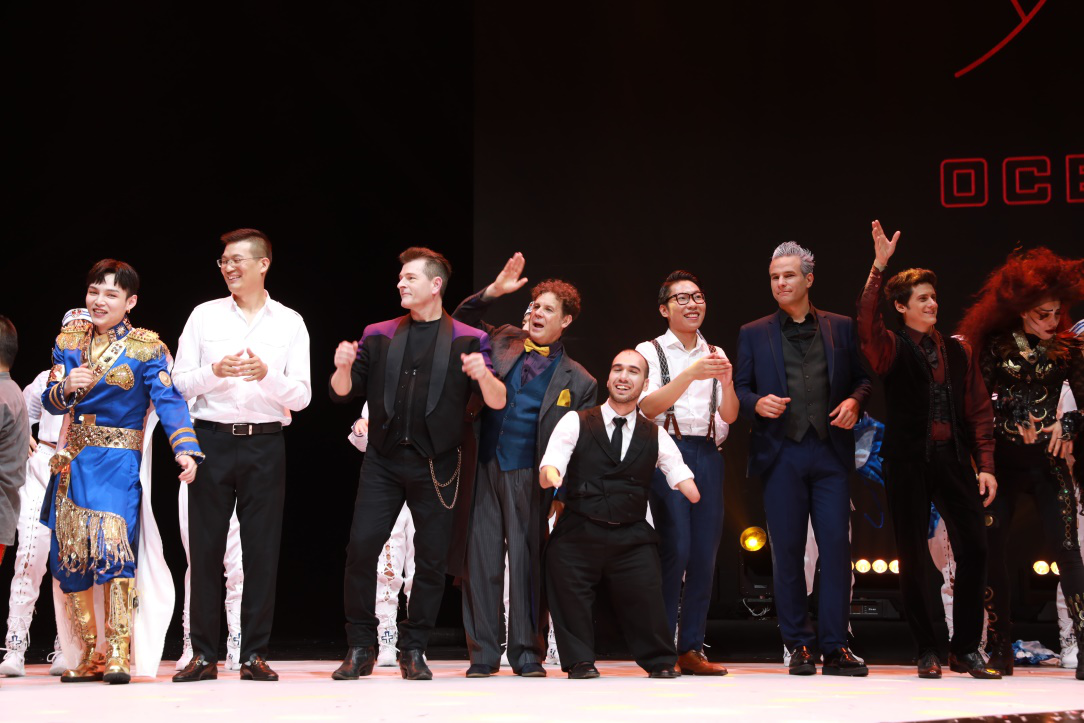 "Ocean of Dream" has created an immersive experience for you to experience magic. Lead you to perceive the artistic charm in fantastic space.
While during the October holiday period, This magical feast of subverting vision. Open the curtain and wait for you to come.

How do I collect my tickets if I select e-ticket?
Please bring your confirmation email to the venue box office to collect your paper tickets before entry.
Please note your e-tickets WILL NOT allow access into the venue until you have exchanged them for paper tickets.
Ticket Collection Location: Box Office, Shanghai EXPO Celebration Square (庆典广场观众入场通道处)
Ticket Collection Time: 09:00 - 20:30
Dates: Oct. 1 (Tue.) - Oct. 6 (Sun.) @ 19:30 (Doors Open @ 17:30 - 21:00)
Price:
Under 1.2m must be accompanied by an adult.
Shanghai Life - Magic Festival 2019

Venue:
Shanghai EXPO Celebration Square
1368 Shibo Avenue, outside the North gate of EXPO (near Mercedes-Benz Arena) Pudong Shanghai
Date:
10/4/2019 - 10/6/2019
25% OFF Special Offer Available
This ticket is only available as an e-ticket