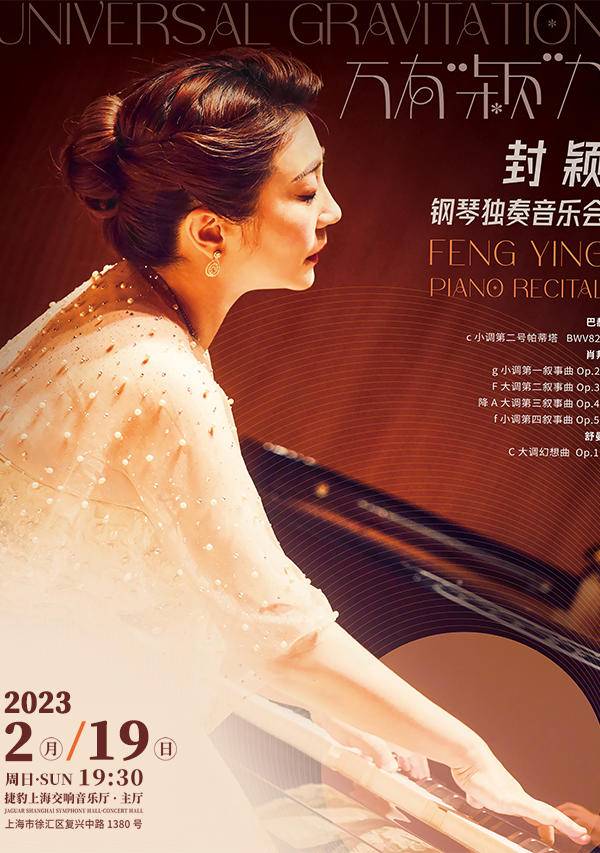 👉Children under 1.2m are not allowed to enter the venue

👉Children above 1.2m have a full ticket, one ticket per person

👉 Wear mask during the performance

Feng Ying, an internationally renowned pianist, graduated at the age of 24 from the Master Class of the Conservatoire National Supérieur de Musique in Paris with first place in the unanimous vote, and became the only Chinese woman pianist to graduate from the school, a distinction that only three people in China's music industry have ever received, and Feng Ying became the only woman among them. Feng Ying is the only woman among them.

The only inheritor of the three world piano schools (French, German and Russian)

The most highly educated female pianist in China in the world

In 2009, she was invited by the Queen of the Netherlands to perform with the Hague Symphony Orchestra and international conductor Neeme Jrvi at the annual royal ceremony of the International Court of Justice in The Hague and on a world tour.

Chopin Narrative No.3 in A flat major Op.47