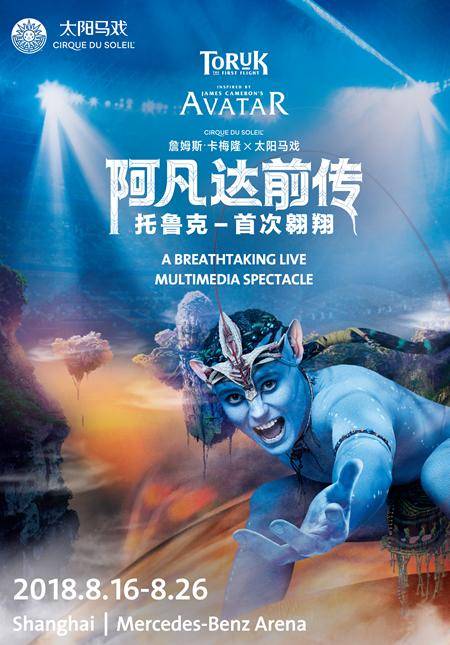 SHOW OVERVIEW
TORUK - The First Flight is a live immersive multimedia spectacle that brings to the stage the breathtaking world of James Cameron’s AVATAR like you have never seen it before. 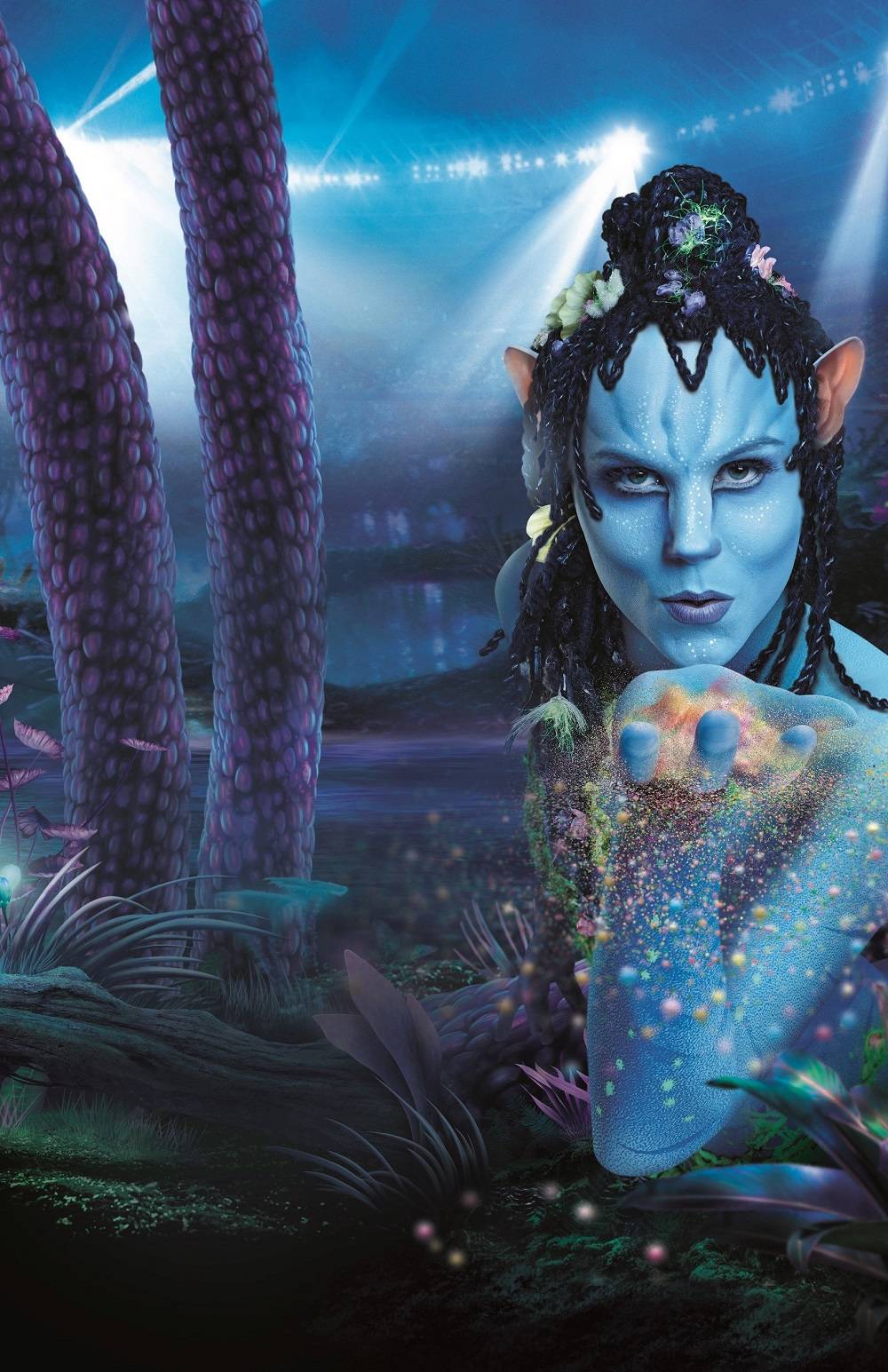 Through a riveting fusion of cutting-edge visuals, puppetry and stagecraft buoyed by a soaring cinematic score, Cirque du Soleil applies its unique signature style to James Cameron's imaginary world and "makes the bond" between two kindred artistic visions that capture the imagination. 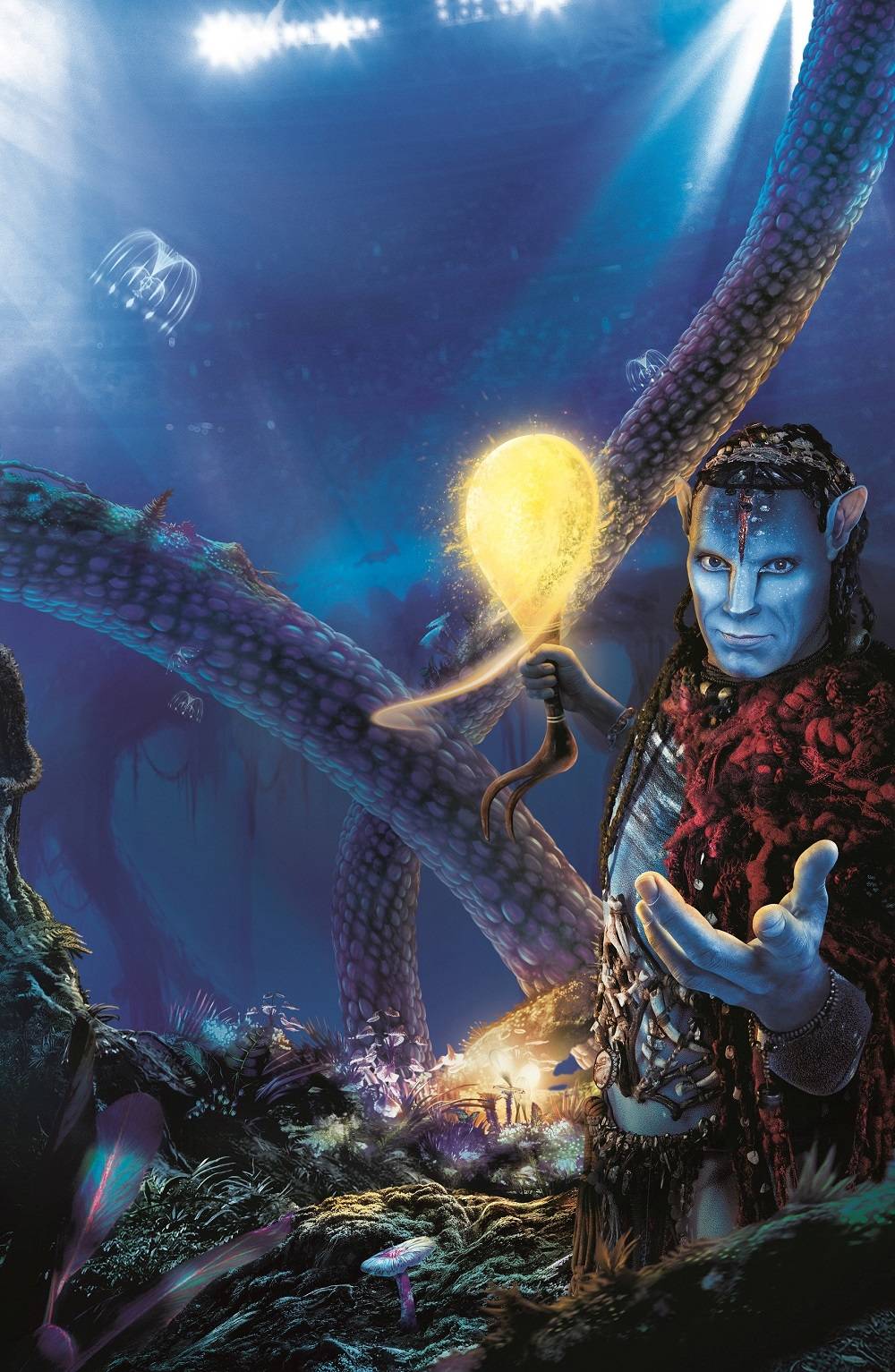 This live immersive experience also bears the distinct signature of directors and multimedia innovators Michel Lemieux and Victor Pilon. It is a living ode to the Na'vi's symbiotic coexistence with nature and their belief in the basic interconnectedness of all living things. 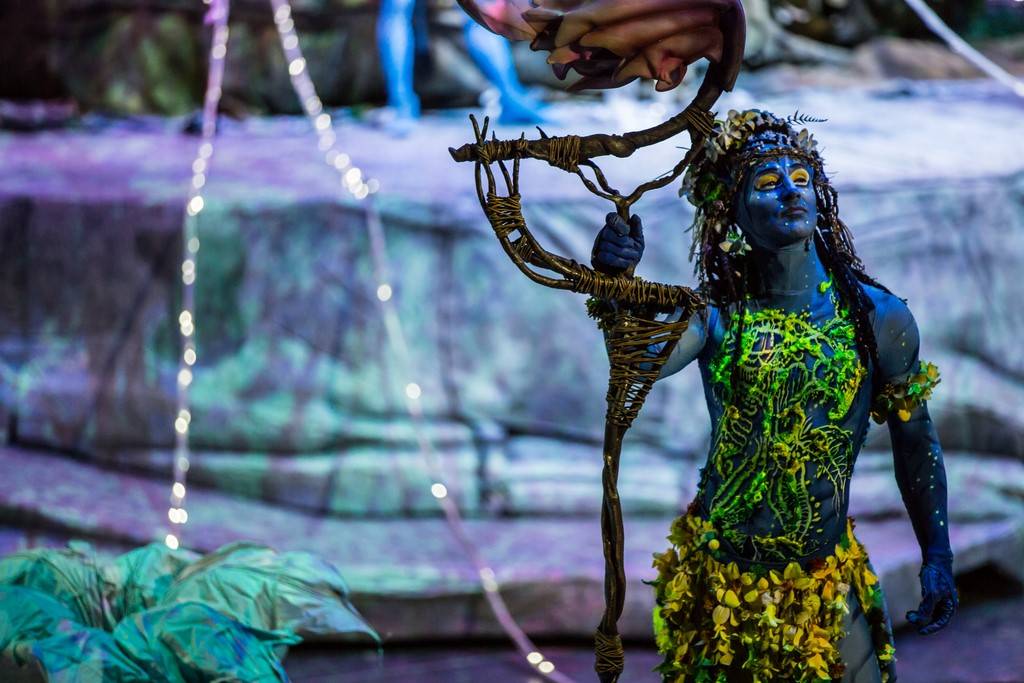 SET DESIGN AND PROPS
Pandora is a fictional moon orbiting the gas giant Polyphemus in the Alpha Centauri system, the closest star system to our sun. It is home to the Na'vi, a highly spiritual people with a deep connection to nature. The moon’s environments range from tropical rainforest and equatorial desert to boreal forest, mountains, ocean shorelines, wetlands, and archipelago. Nature galore! As there are no constructions on Pandora, Set Designer Car Filion made it a point to avoid straight lines and to use only curvy, organic lines in his designs. 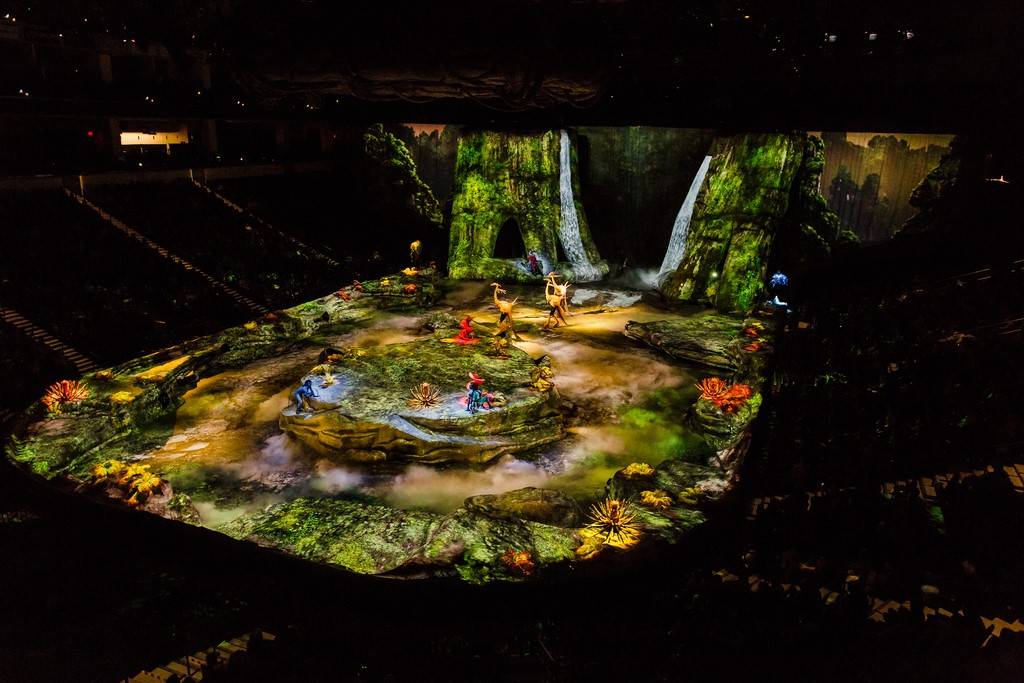 COSTUMES AND MAKEUP
When she took on the challenge of interpreting for the stage the animated characters in AVATAR through costumes, Costume Designer Kym Barrett set out to respect the dress codes established by James Cameron's team without copying exactly what was done in the movie. "While we worked within the parameters of Pandora, we had room to create our own version of the mythical first flight,” says Kym. 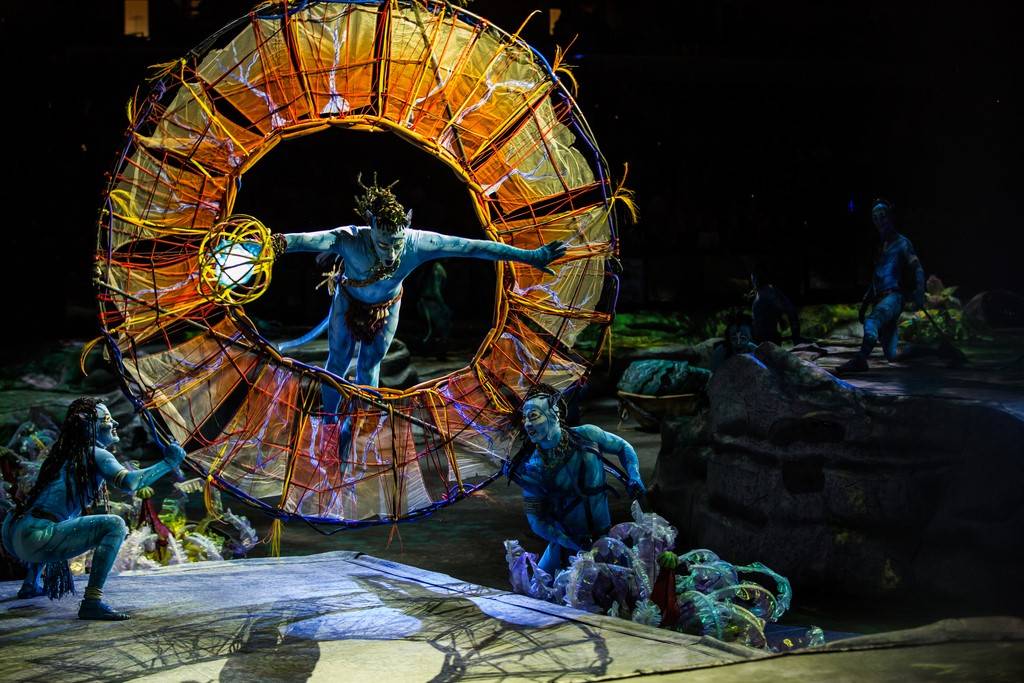 PUPPETS
When he dreamed up AVATAR, James Cameron created a coherent, highly structured world with its own set of codes and natural laws, including a living, breathing ecosystem with an exotic fauna. When the creators of TORUK - the First Flight decided to evoke the creatures of Pandora on stage through the art of puppetry they could easily have turned to animatronics-animal figures animated by means of electromechanical devices. Instead, they chose to create bona fide puppets where the strings, rod or controls are intentionally left visible and the puppeteers are in full view. 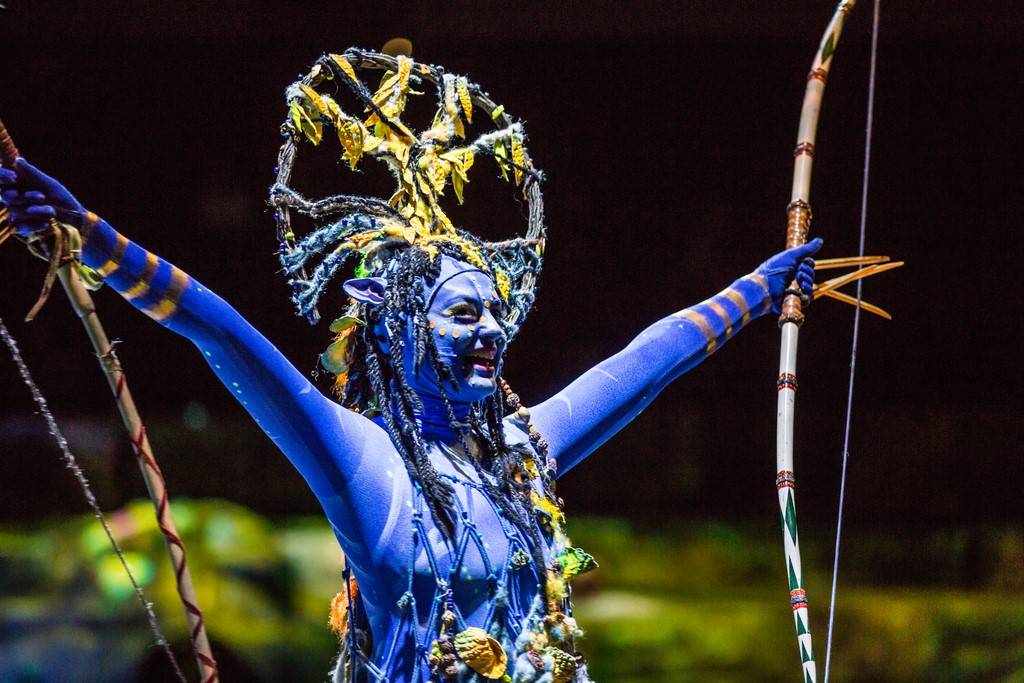 KITES
In the show, vigorous multicolored kites glide gracefully up above then swoop down banking hard right and left in the blink of an eye, rising up again in power climbs before falling into spins and pulling out mere inches from the ground. On stage, these ingenious contraptions are the physical manifestations of the Banshees that roam the Pandoran sky. 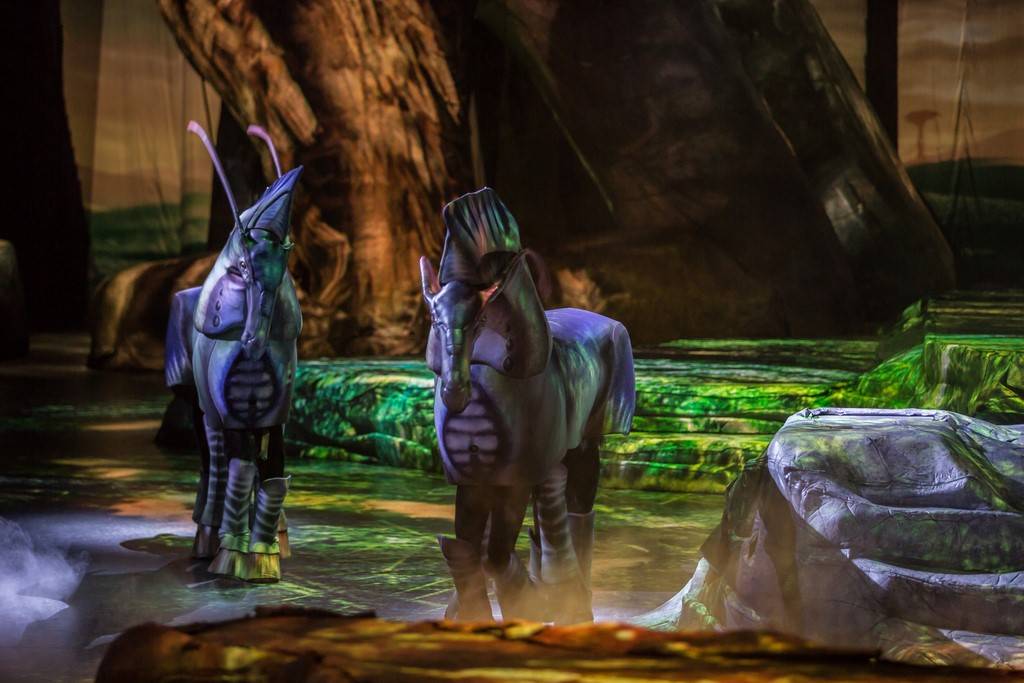 In essence, the kites in the show are the avatars of these winged predators. They are not mere tethered constructions; they are creatures of Pandora involved in the story. As such, they need to connect with the audience on an emotional level, particularly during the scenes with the trio. 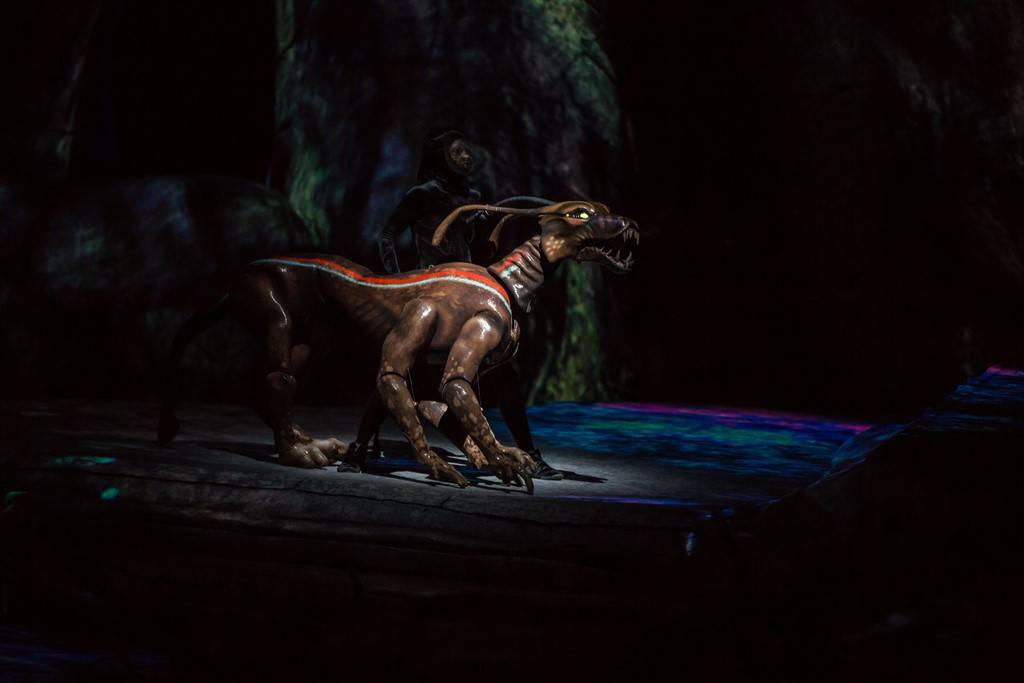 CIRQUE DU SOLEIL AT A GLANCE
From a group of 20 street performers at its beginnings in 1984, Cirque du Soleil is a major Quebec-based organization providing high-quality artistic entertainment. The company has close to 4,000 employees, including 1,300 artists from more than 50 different countries. Cirque du Soleil has brought wonder and delight to close to 155 million spectators in more than 300 cities in over forty countries on six continents. 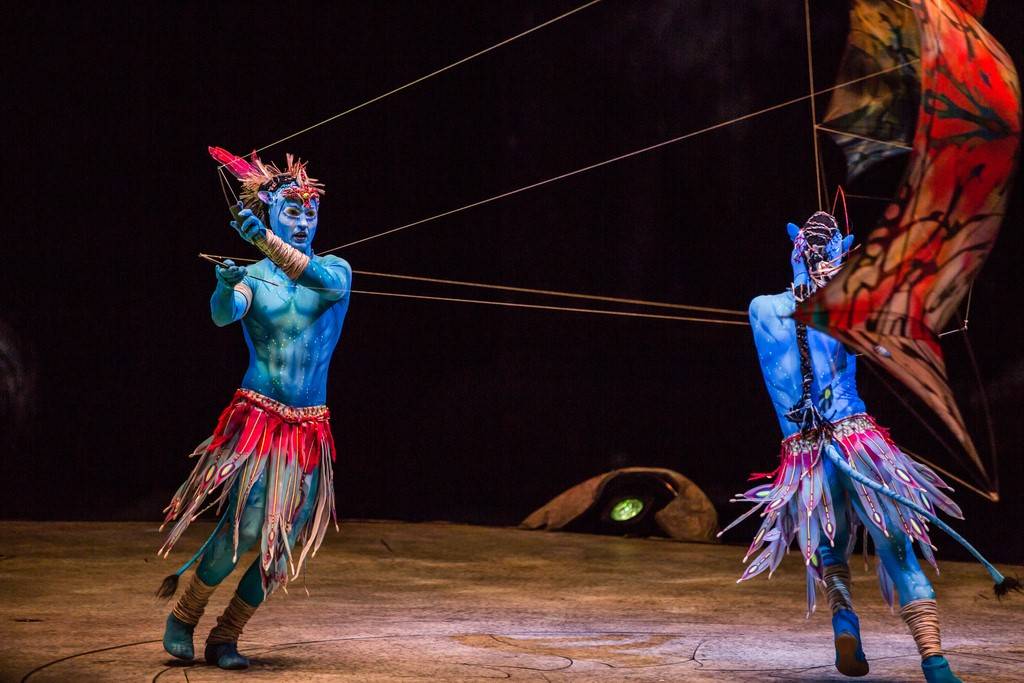 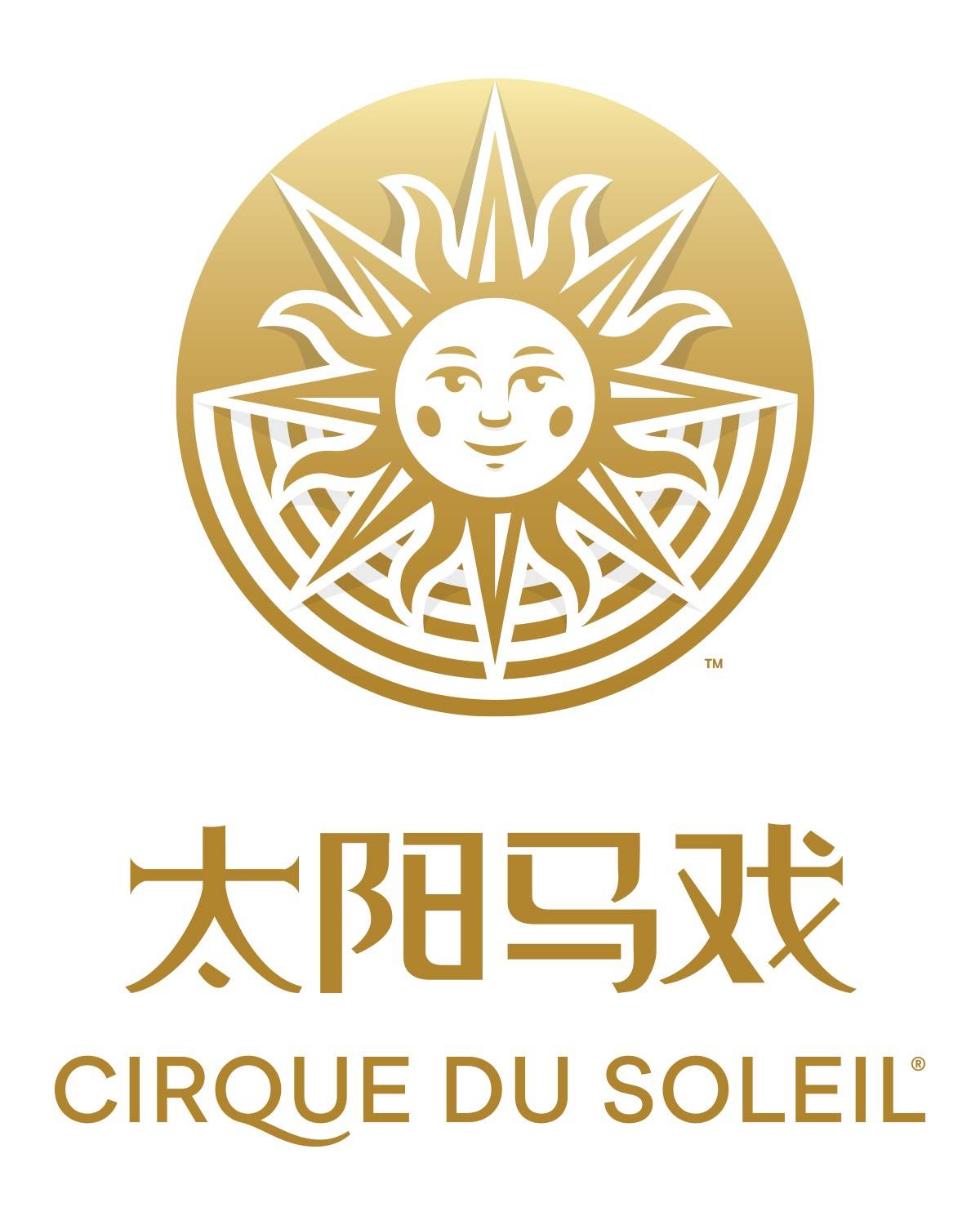 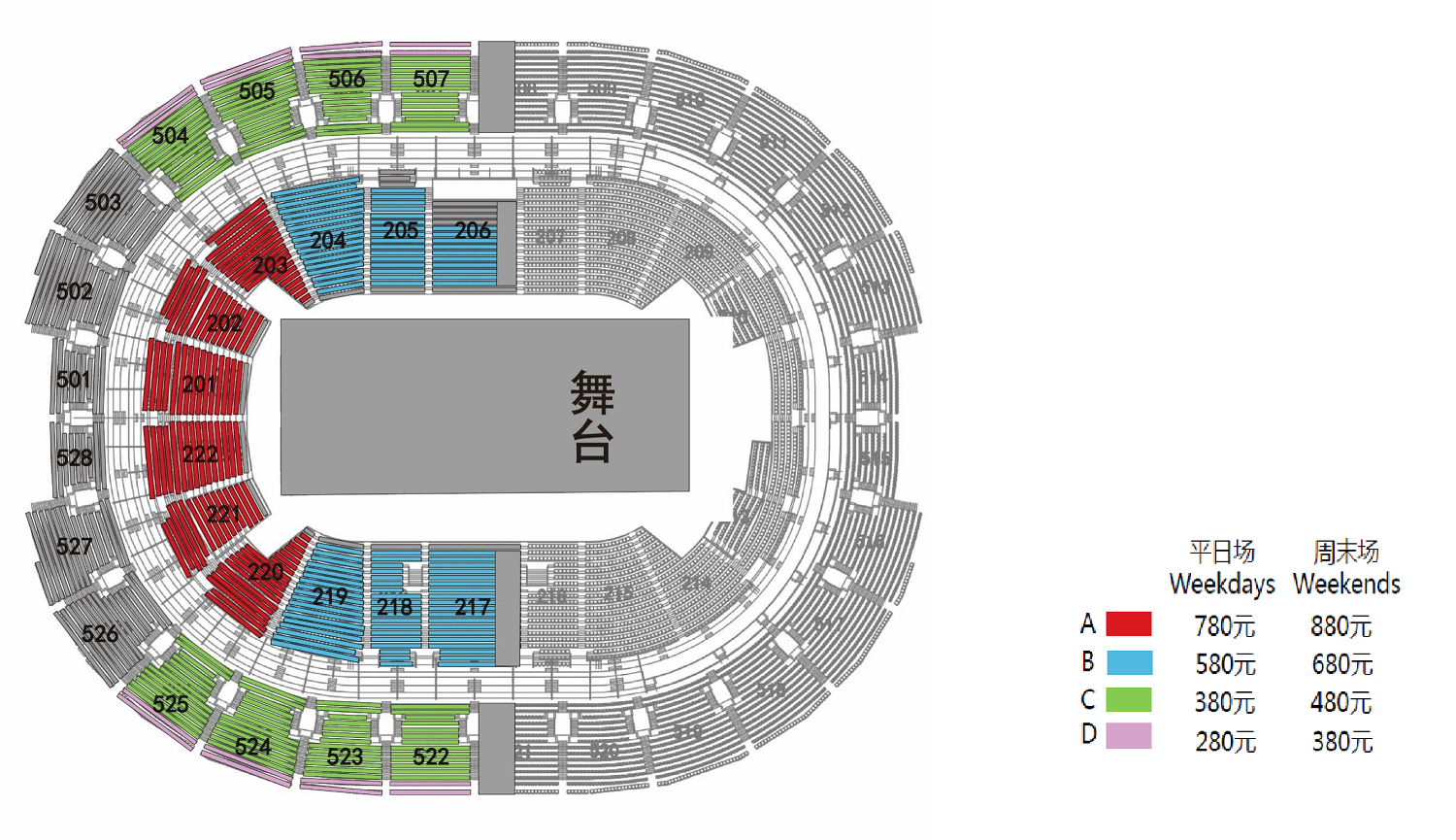