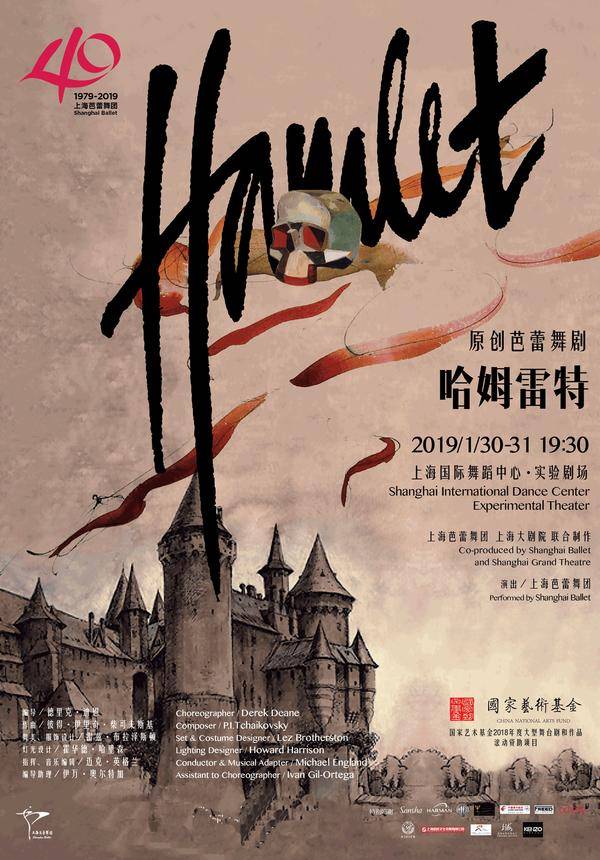 In 2016, Shanghai Ballet premiered Ballet Hamlet as a tribute to Master William Shakespeare. The project was funded by China National Arts Fund and Shanghai Grand Theatre Arts Group Arts Fund. Theatrically, the production itself is well combined the all kinds of ballet vocabularies with a contemporary touch. “To be or not to be”, few words embodied a life question. Shanghai ballet has evolved and refined with their own interpretation walking along the path of the theatrical giant. 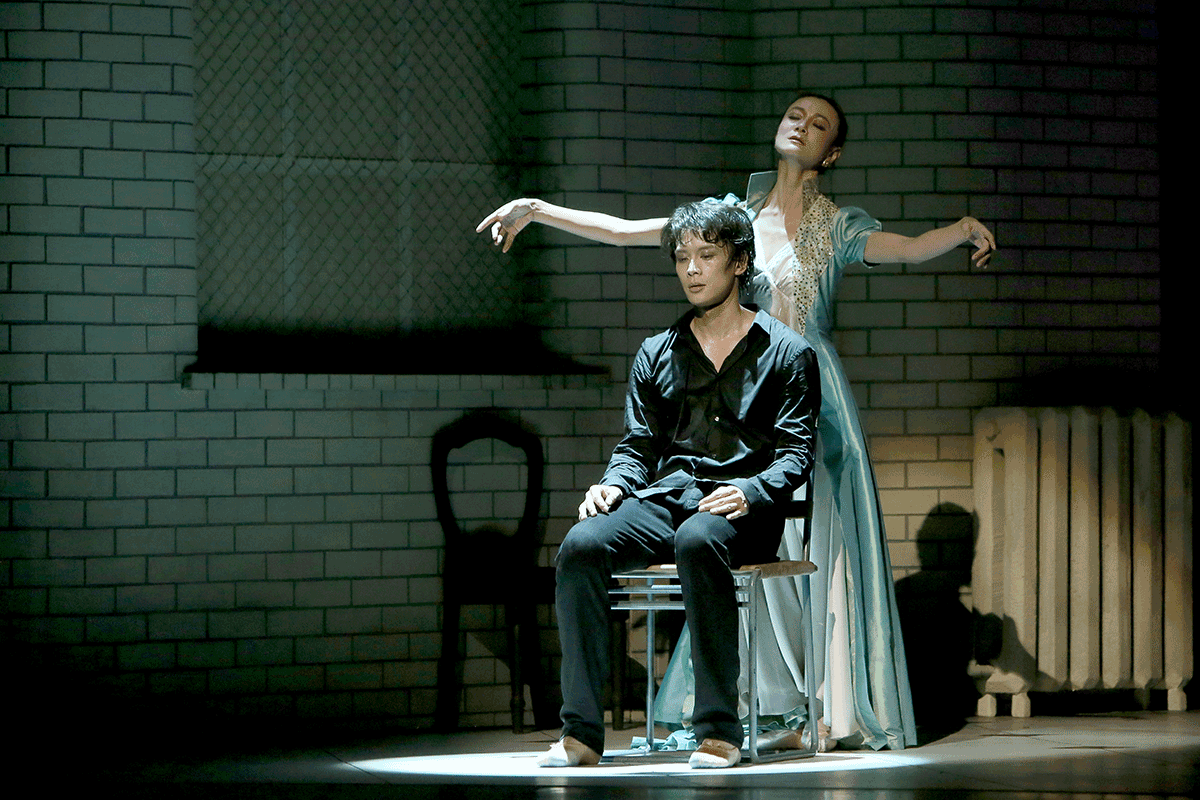 Hamlet Act 1
Scene 1, Hamlet，Prince of Denmark，alone，troubled and saddened by the death of his father spends his time isolated，suffocated by the Royal Court…After the death of her husband, Gertrude, Hamlet’s mother, has remarried to king Claudius, Hamlet’s uncle. At court are Polonius，his daughter Ophelia and son Laertes. Also the childhood friend of Hamlet，Horatio….Feeling great unrest Hamlet has become withdrawn and separated from life in the Royal Palace. Surrounded by intrigue and conspiracies he distances himself from all round him.
A celebration of the new marriage draws him back into the Court circle and his distrust and hatred for the new king grows. Ophelia is presented as a possible bride for the Danish Prince. Polonius eager to better his position pushes his daughter forward in the hope of a union between himself and the royal family. The Queens encourages the liaison believing that it will calm Hamlets unsettled nature. The court departs. 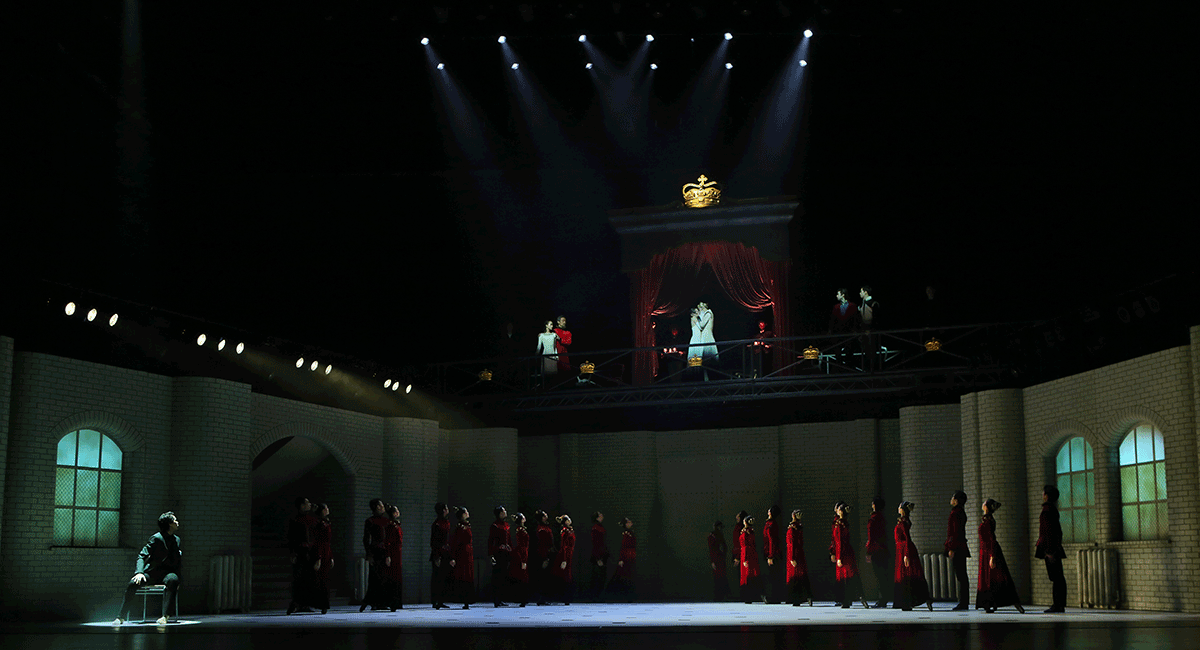 Scene 2, Alone once more Hamlet is driven into despair over the marriage of his mother to his uncle…; Scene 3, A ghost appears before Hamlet…It is in the form of Hamlet’s father. The ghost tells Hamlet of the conspiracy by Claudius to kill him and to take crown for himself. Hamlet is determined to seek revenge; Scene 4, In the hope of bringing Hamlet out of his malaise Gertrude, Polonius try to strengthen the bond between Hamlet and Ophelia to ensure a stronger union between them and perhaps marriage…; Scene 5, Filled with melancholy Hamlet is reminded of Yorik the court jester of his youth. 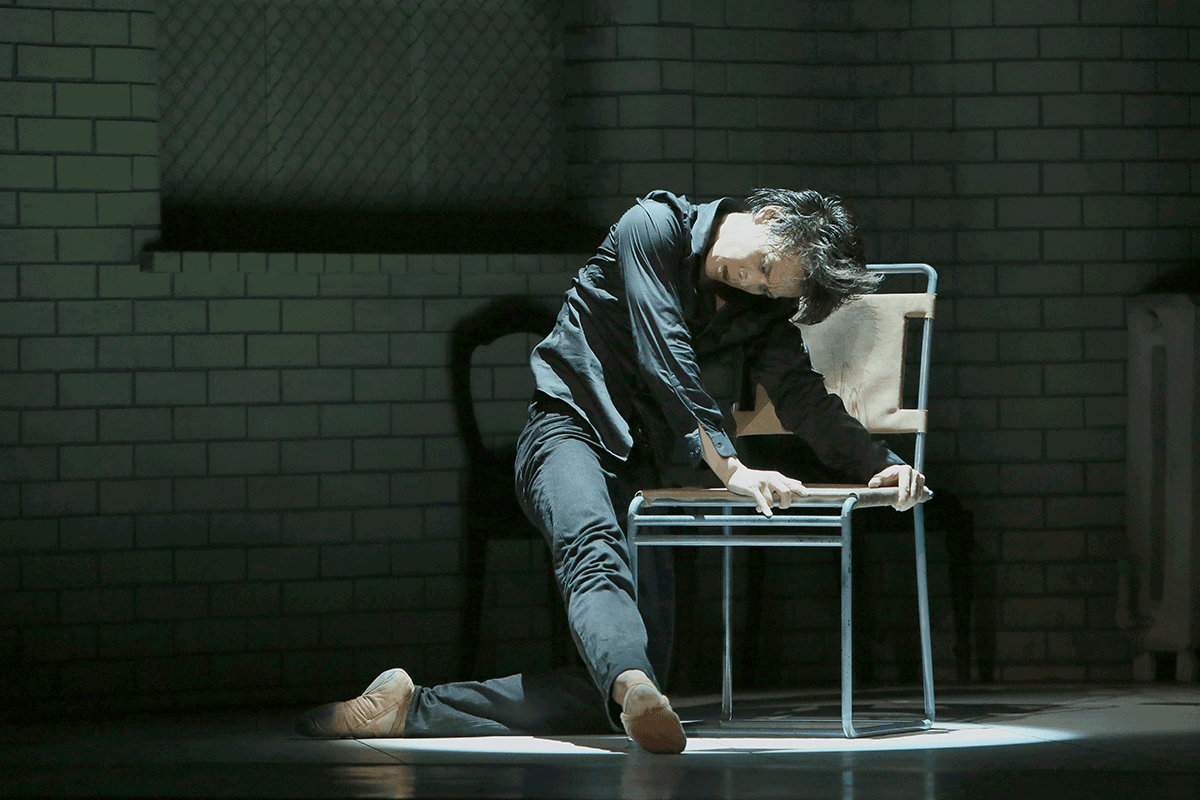 Scene 6, Driven on by her family and believing that Hamlet loves her, Ophelia appears to help soothe Hamlet’s troubled mind; Scene 7, Determined to take revenge on Claudius，the new king，Hamlet organizes for a group of travelling actors to reenact the death of his father as told to him by the ghost of his father. Claudius，recognizing that Hamlet has discovered his treachery reacts with fury and drives the court away leaving Hamlet，once again，alone，desolate and ridding himself of the family that he was born in to. 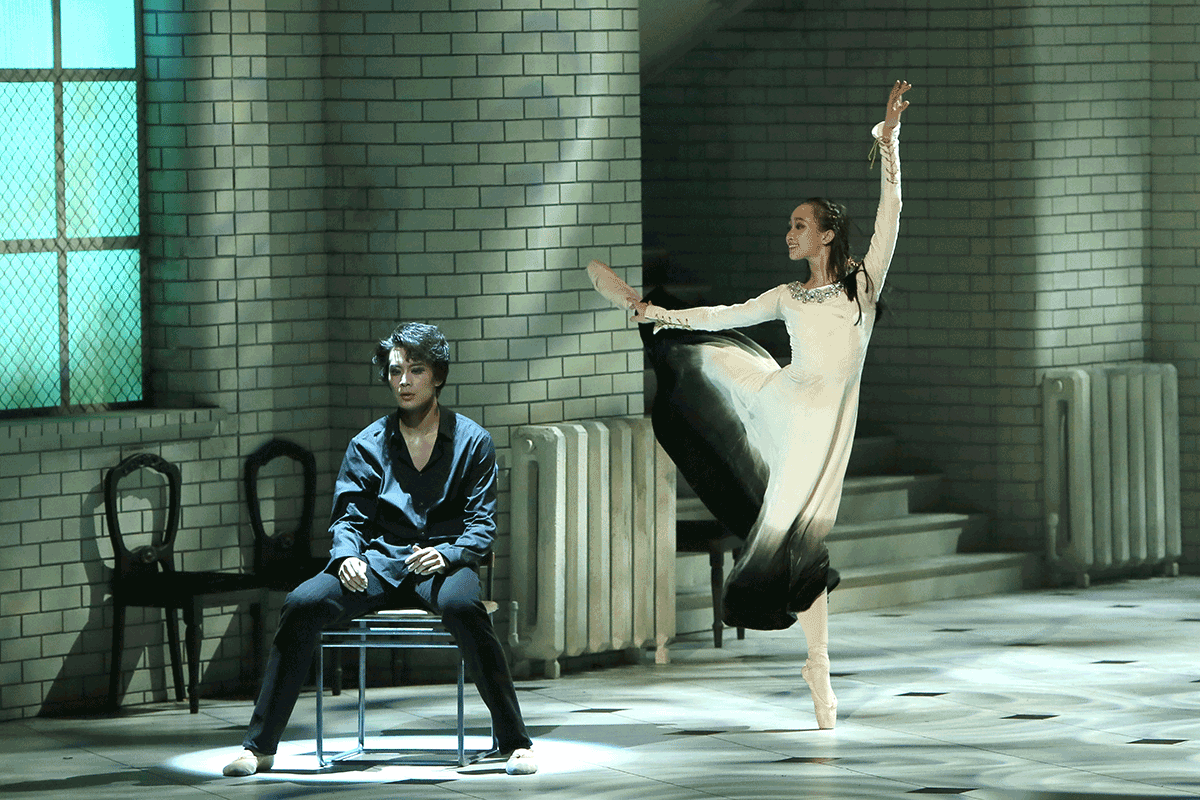 Act 2
Scene 1, Hamlet is lost in his own thoughts separated from the intrigues of the royal household but unable to free himself from his mother’s devotion and love for Claudius; Scene 2, Ophelia，taken by her father to Hamlet tries to calm him but is savagely spurned by him; Scene 3, Gertrude appears in her room，troubled and confused over the state of her sons mind she consorts with Polonius. Hearing Hamlet approaching Polonius hides. Seeing a shadow Hamlet believes it to be the Claudius. He stabs through the curtain only to reveal that he has killed Polonius instead！！！ 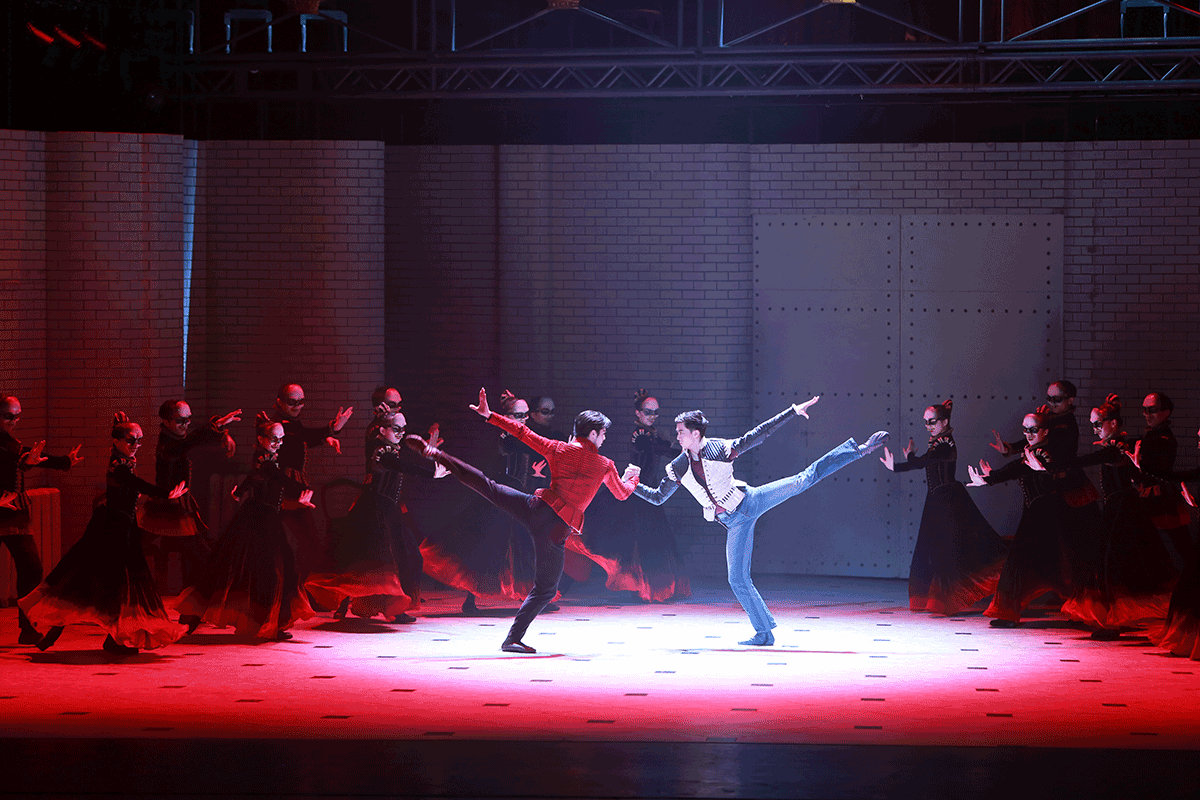 Scene 4, In the aftermath of her treatment by Hamlet and her father’s death Ophelia is driven to a state of madness and drowns in the river; Scene 5, Seeing Laertes’ desire for revenge for the death of his father and sister, Claudius concocts a plan to use Laertes as a way of killing Hamlet. A duel is set but unbeknownst to Hamlet Claudius poisons the end of Laertes’ sword and poisons the wine in Hamlet goblet. This will surely take Hamlet to his death… 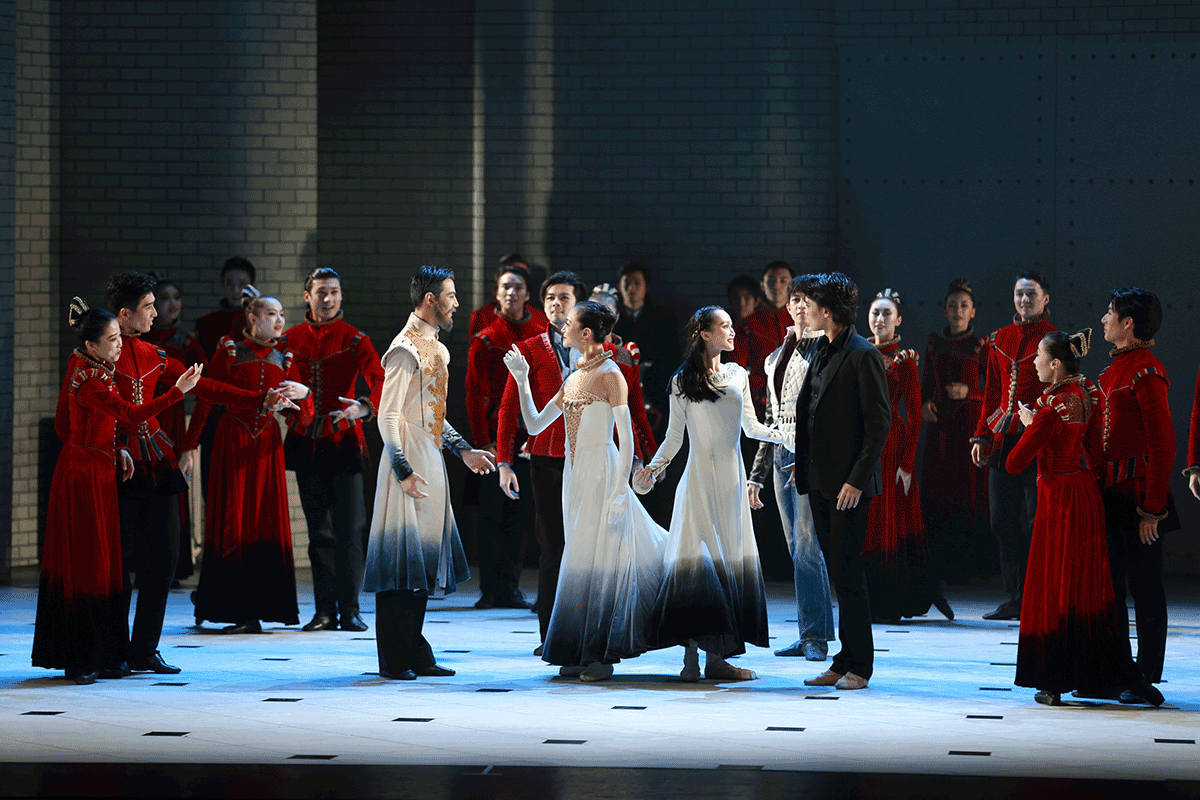 Scene 6, A toast is made but Hamlet refuses to drink. The dual commences. As the game continues and unseen by everyone Gertrude drinks from Hamlet goblet thus sealing her fate, the queen，realizing Claudius’ treachery dies. Hamlet is wounded, in return a fight ensured and Laertes is mortally wounded by Hamlet. Before dying Laertes tells Hamlet of the devious plan made by Claudius. In his rage Hamlet lashes out and kills the king. Seeing death all round him Hamlet succumbs to the poison and dies in the arms of Horatio;
Scene 7, The ghost of Hamlet’s father returns to reclaim his son and leads him away to eternal life… 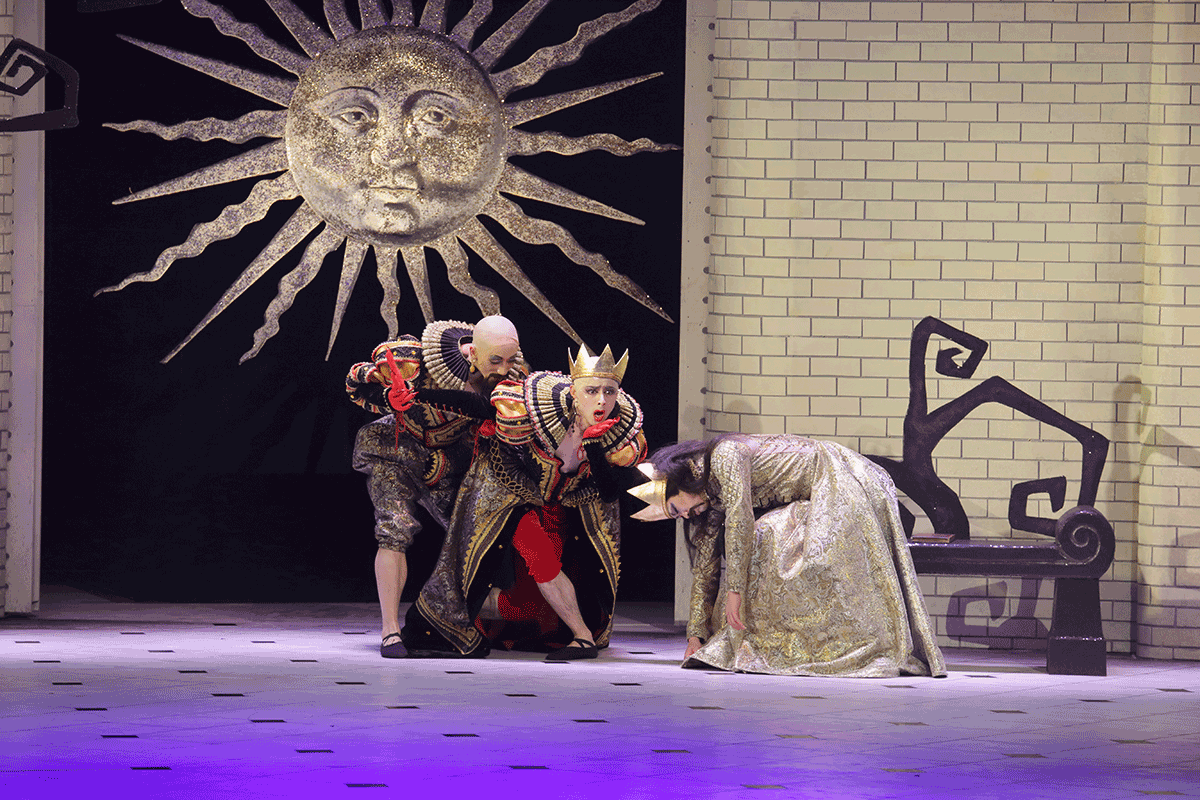 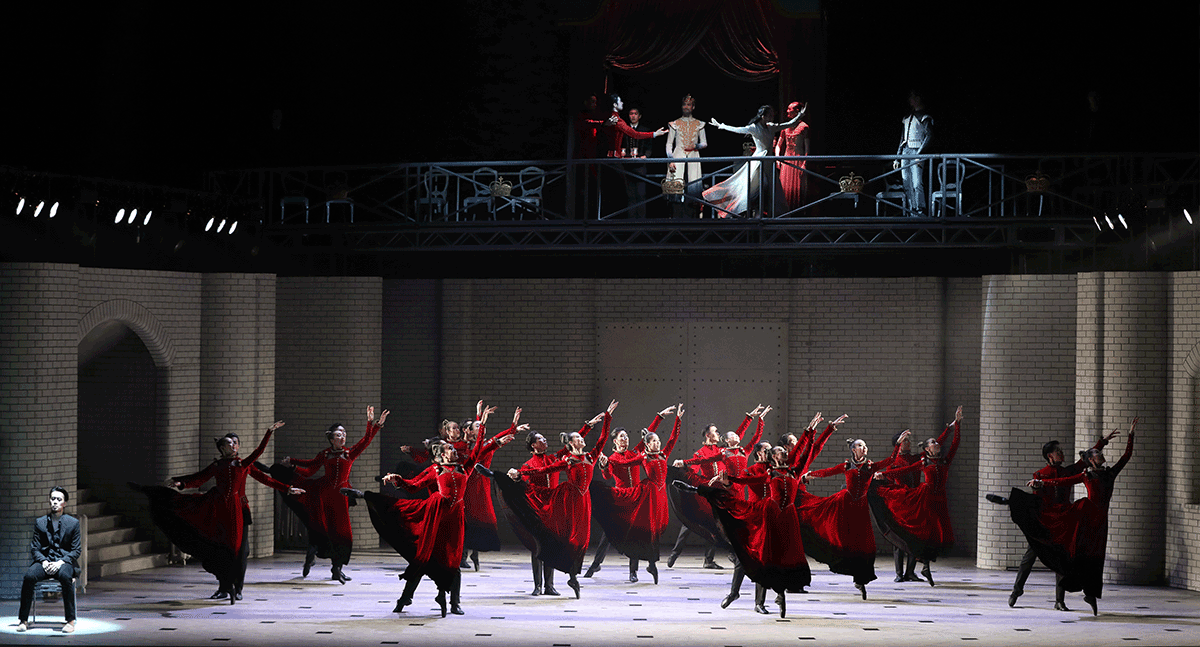 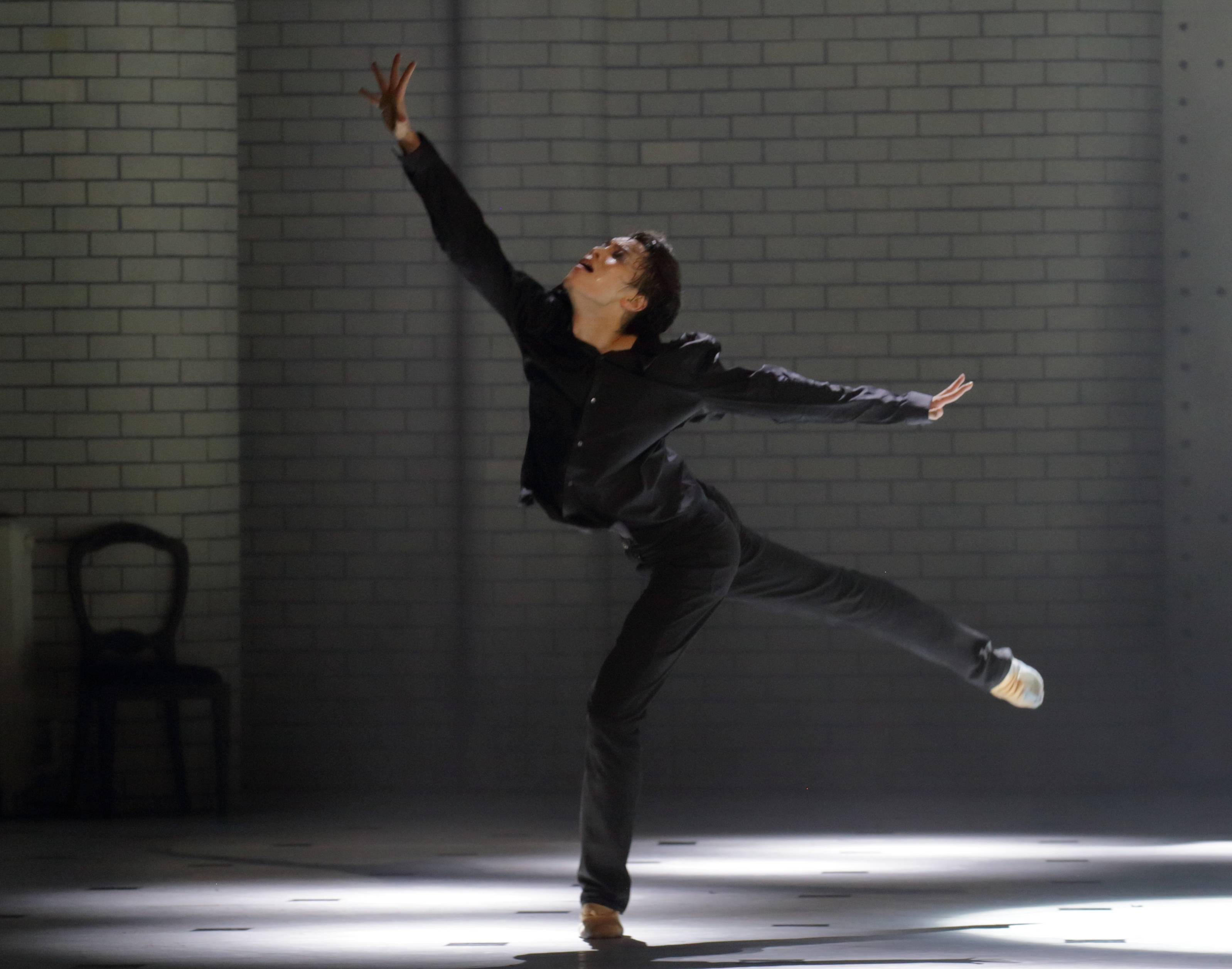 Since its founding, many young dancers of the company have won total of 39 medals in various international dance competitions.