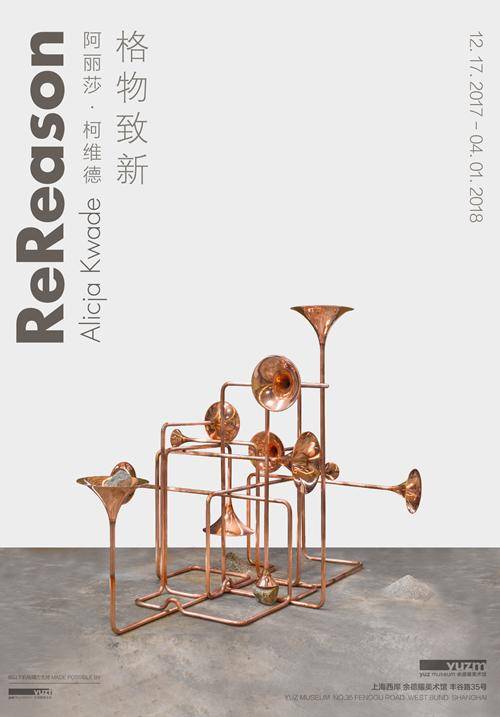 Yuz Museum is pleased to present "ReReason" by Alicja Kwade, the artist's first solo exhibition in Asia, from December 17th, 2017 to April 1st, 2018. The exhibition features 24 works of art, including 5 monumental installations from the collection of Yuz Foundation. Kwade questions the seemingly immutable and unshakable realities in an innovative artistic language that assembles daily objects to disassemble phenomena that human beings have accustomed themselves to in modern life, She invites the audience to a breakaway from frameworks to scrutinise objects for new attainments, to re-imagine, re-think and re-query on existing notions, and to re-explore the nature of things, motivating glimmering inspirations out of idea in its fluidity. 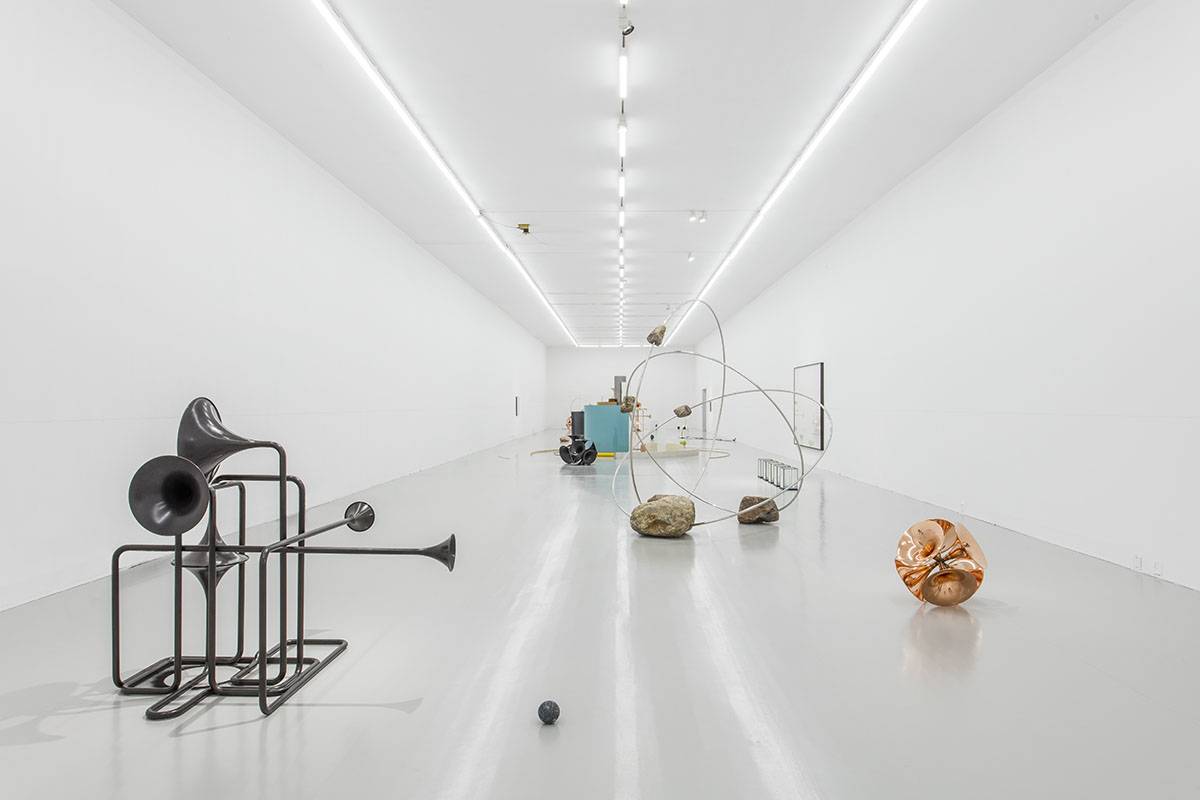 Alicja Kwade introduces "ReReason," attaching the Latin prefix "re" to the English word "reason," with the intention of reviewing reason and reapplying dialectical thoughts. Under Kwade's deconstruction, the things that we take for granted and the logic that we deem unassailable have gradually opened up a fissure for rethinking. Her visualisation is far and wide, ranging from individual lives to the vast universe. Faced with these complex issues, she accurately reduced them into a rational but poetic artistic style, like simplifying a conundrum into a sensible formula through numerous calculations, deductions and reductions. As a result, many of her works are titled by mathematical terms, such as Saga (Spira Mirabilis), the sizeable installation that the exhibition starts with. This work consists of planar and linear daily objects made of wood, glass, steel, copper and mirror, and all those objects bend towards the centre to comprise an array as if a mysterious force dwelling in the centre unseen were coercing the materials. Those objects that stand still seem to be in an unnatural display, but centripetal force is not rare in the natural world; for example, the earth revolves around the sun, the wavelets ripple from a central point, and, as with the Spira Mirabilis formula, vectors multiplied by a certain function spiral around a fixed point and create graceful curves in a coordinate. Kwade utilises the generally forgotten natural phenomenon to cleverly connect everyday articles with a cosmic power, employing familiar mediums to soften scrupulous mathematical logics whilst vibrating rational norms with sensory visions, in the end to stir up the confined cage of our mind. 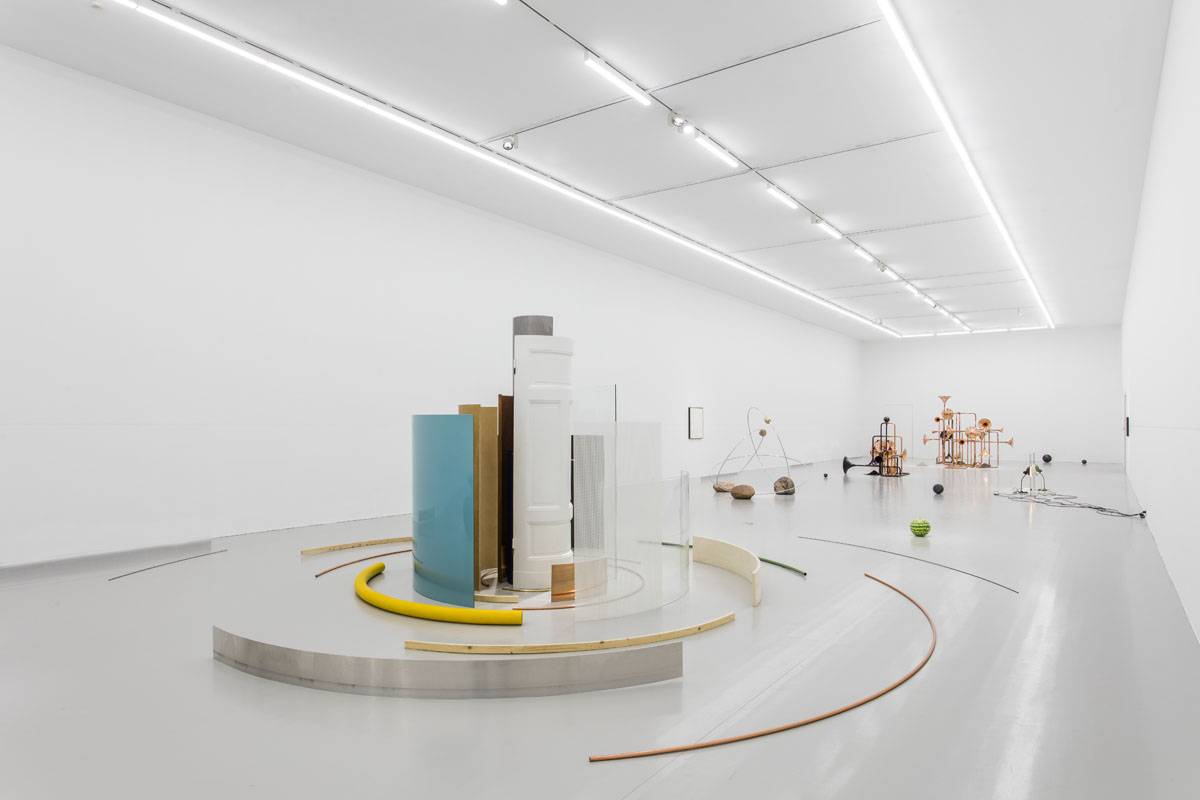 The gallery displays a few horn-shaped sculptures, the wide-flared mouths of which are interconnected with slender tubes. This series of works, Hypothetical Figure, originates from the concept of the wormhole in modern science – the universe may have cramped tunnels that link different time and space. Kwade connects horn holes and tubes and places granite in the upward-facing mouths and detritus of equivalent weight under the downward facing mouths, so as to construct a metaphor that a matter processed by the wormhole ends up in a different status despite the same mass – the result of a journey in space-time. Kwade not only imagines the earth but also reflects about the abstruse relations of time and space. To explore those undefined mysteries, she establishes a distinctive visual system to approach the answers and hews out a novel path for visions. 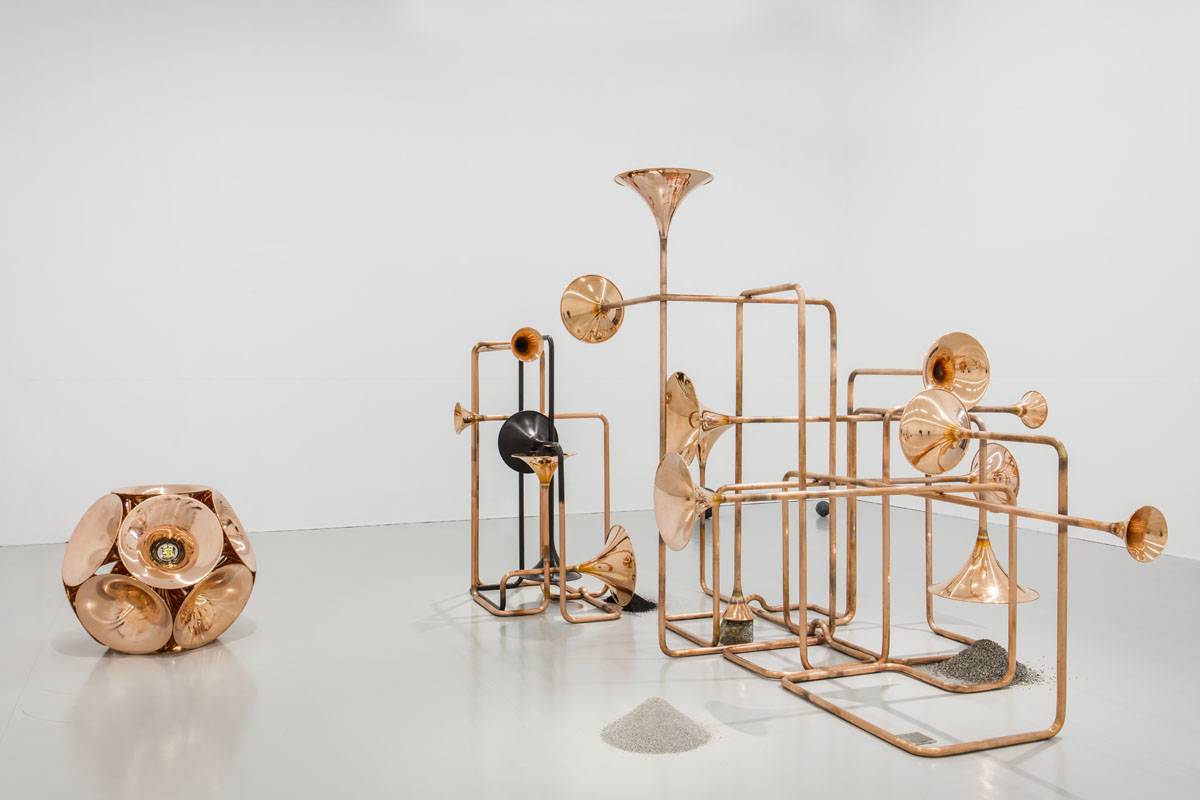 In fact, Kwade's queries on the reality all derive from the enigmas of her own life. People have long been sentimental about the elapse of time; however, Kwade has been able to transform her obsession with time into the proper embodiment of art. She has made different series with the theme of time, on display as part of this exhibition One Year (2018), One Month (July 2018), One Week along with a site-specific wall installation. Without close attention to these works on the wall, it is difficult to recognise that the tiny sheet metals arranged in clockwise sequence are actually the hands taken from a clock dial. Just like a second is finished with a tick of the second hand, when we realise the present moment, it has already become the past. In Kwade's delicate arrangement, however, the ephemeral reality gets subverted: all the clock hands, each of which represents an instant, are synchronised to be juxtaposed in sequence to visualise the concept of time, offering the fleeting time some space to linger. These sequences of hands resemble the crawling motion of creatures as well as a swarm of time, which endows the cruelness of the transience of time with the warmth of lives. When viewers pass by the works, they physically encounter with time. Aside from such poetic expression, Kwade also pokes fun at time. Against the Run, a large installation that mimics the old-fashioned timepieces on New York avenues stands in the lawn outside the museum building. After being collected by Yuz Foundation, the work was transported from New York’s Central Park to Shanghai's riverside. The artist sets the second hand in the continuous rotation yet has the dial move counter-clockwise every second, and therefore the second hand seem to remain at the scale mark of 12 o'clock. The existing design of clocks confines our cognition upon the movement of time; through the craftiness embedded in this timepiece, the concept of time defined by a clock has collapsed, and we are impelled to re-cogitate over it. 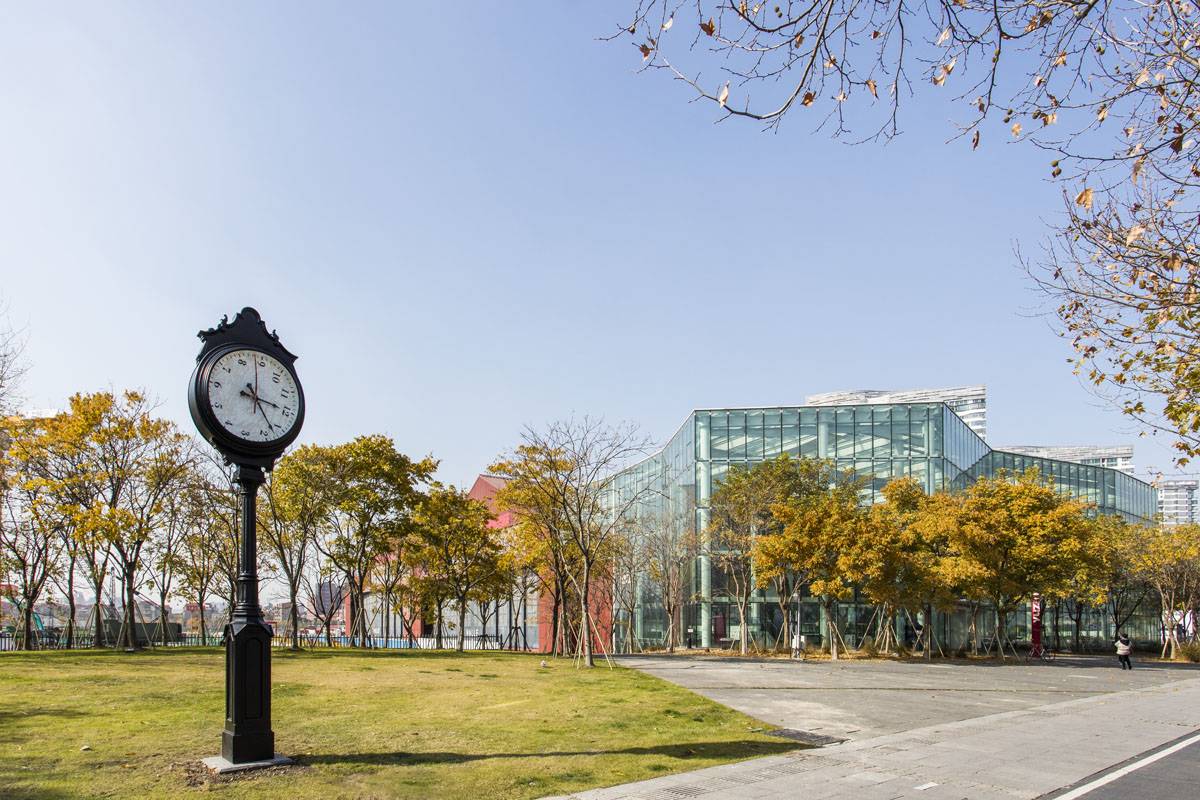 Kwade's observation on the real world has been carefully studied, analysed and summarised before turning into refined installations. Her art is a visually abnormal punch that challenges fixed concepts and incurs romantic meditation. Yuz Museum welcomes viewers to this rhapsody in the coming winter, on a rational and emotional sail with Alicja Kwade across time, space, and all matters. 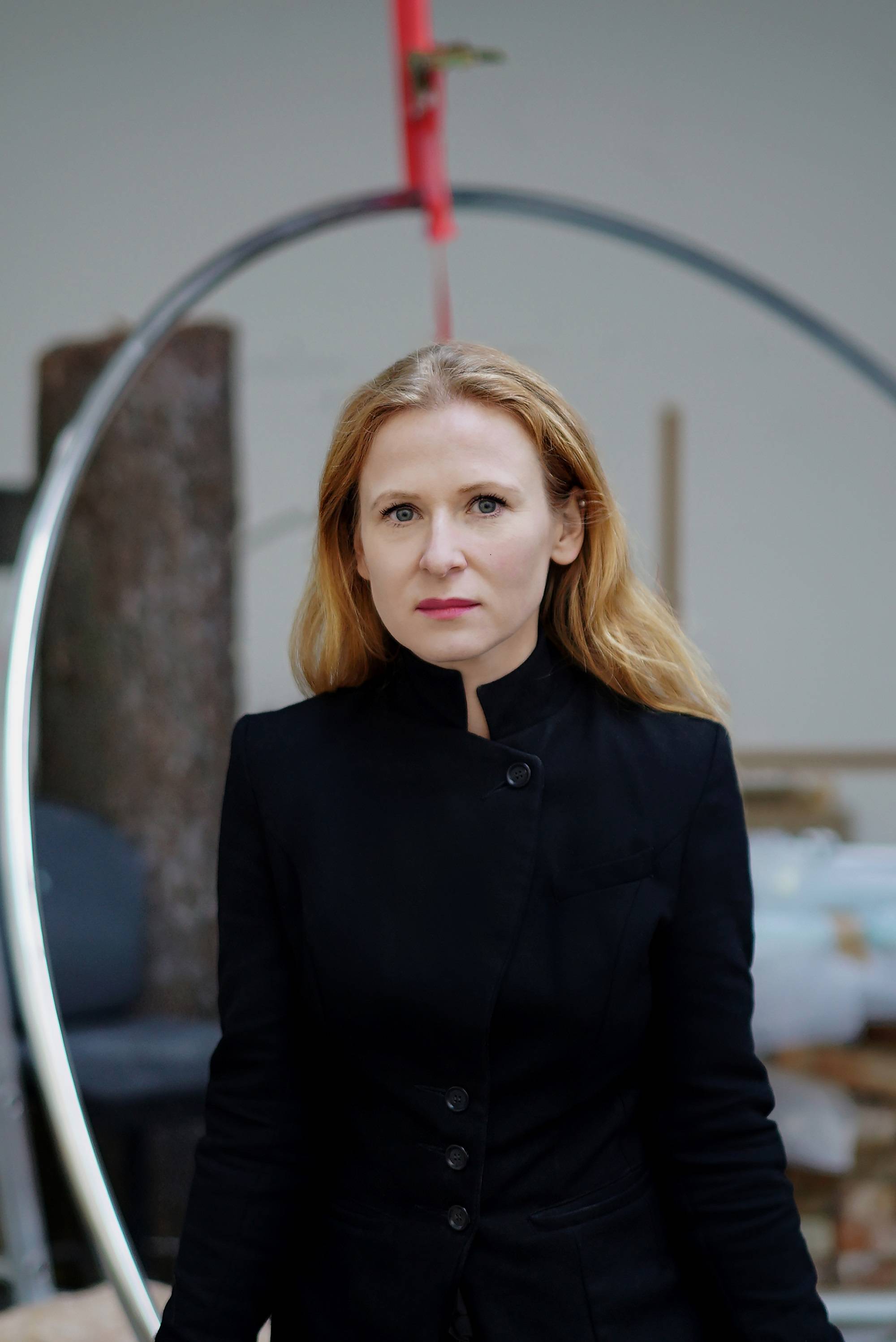 About the artist:
Alicja Kwade (born 1979) lives and works in Berlin. Alicja Kwade's work investigates and questions the structures of our reality and society and reflects on the perception of time in our everyday life. Her diverse practice is based on concepts of space, time, science and philosophy, takes shape in sculptural objects, video and even photography. She has developed her own aesthetic, which is rational and minimal.

Her recent solo exhibitions with international art institutions include her solo project as the inaugural exhibition of the "Field Station" series at the Eli and Edythe Broad Art Museum at Michigan State University, USA, 2017; "Medium Median" at Whitechapel Gallery, London, UK, 2016; "Alicja Kwade" at de Appel arts centre, Nederland, Amsterdam, 2016; "Against the Run", held by Public Art Fund and shown in the Central Park, USA, New York, 2015; "The Void of the Moment in Motion" at Schirn Kunsthalle, Germany, Frankfurt, 2015, etc. Besides, she is invited to significant art events worldwide, such as "Viva Arte Viva", the 57th Venice Biennale, Venice, 2017; "Deutschland 8 - German Art in Beijing", Beijing, China, 2017; "The Garden - End of Times; Beginning of Times, #3 The Future", Denmark-Aarhus, Denmark, 2017; "Forming in the Pupil of an Eye", Kochi-Muziris Biennale, India, 2016; "Me", Schirn Kunstalle, Frankfurt, 2016; "Le Precieux Pouvoir des Pierres", MAMAC, Nice, France, 2016; "Night Begins the Day: Rethinking Space, Time, and Beauty", Contemporary Jewish Museum, San Francisco, USA, 2015, etc. Moreover, her works are in a great deal of public and private collections all over the world.
Artworks 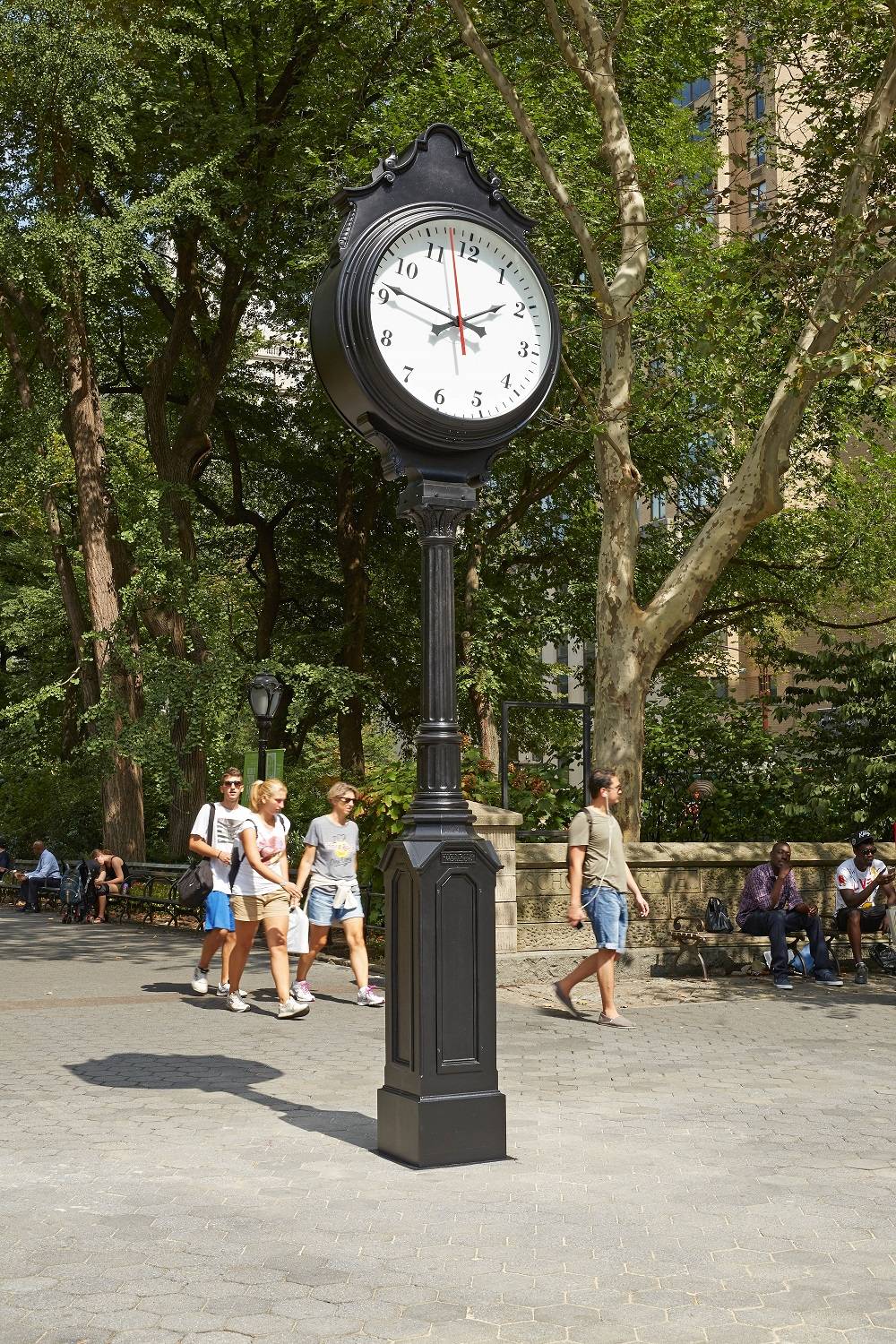 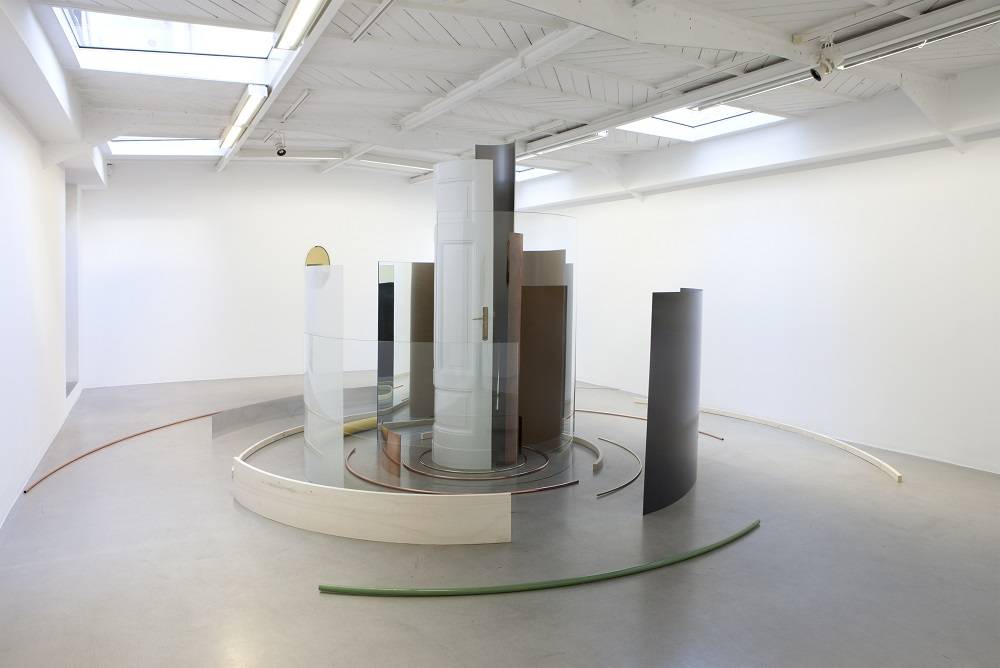 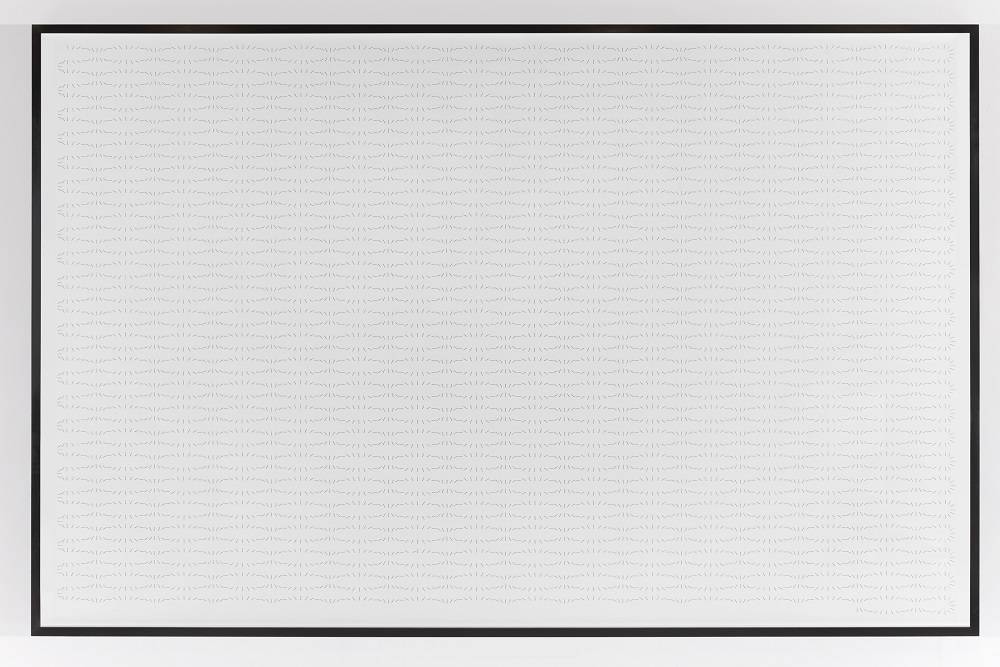 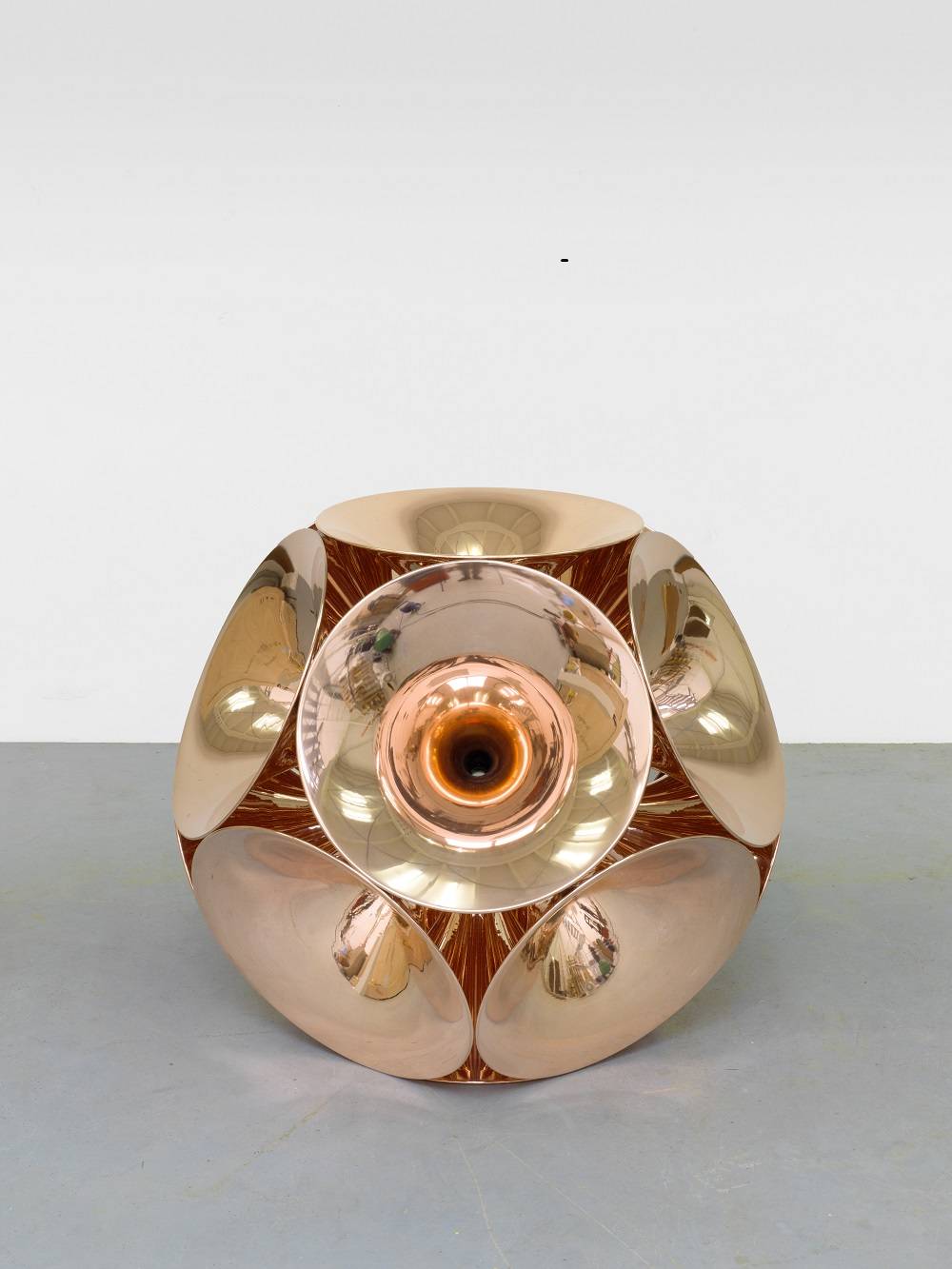 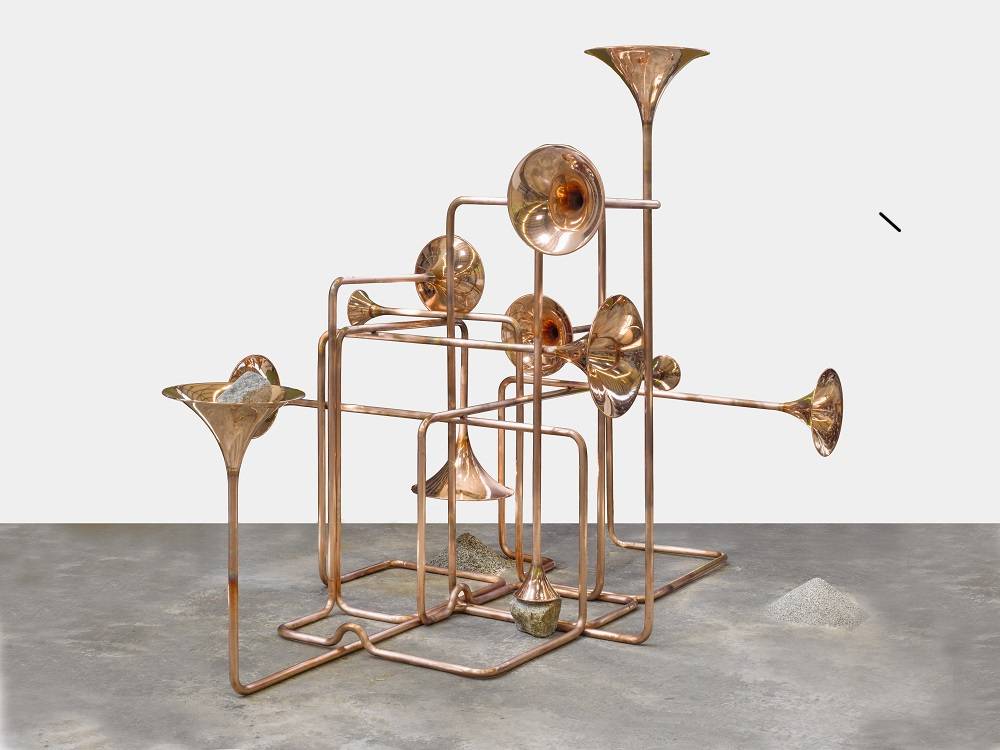 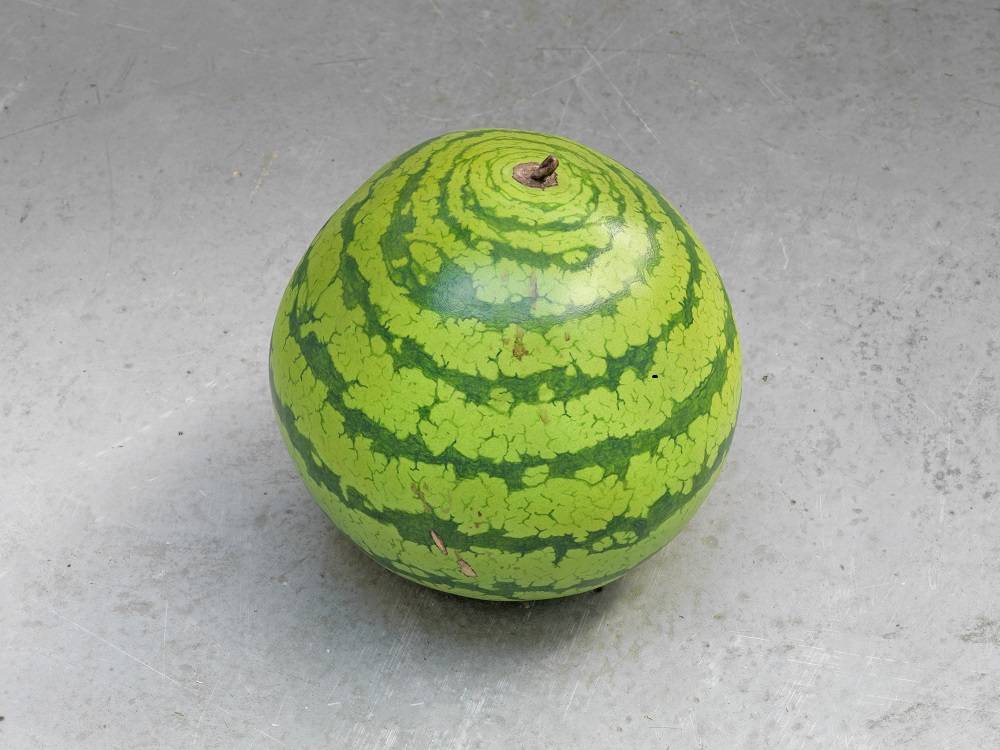