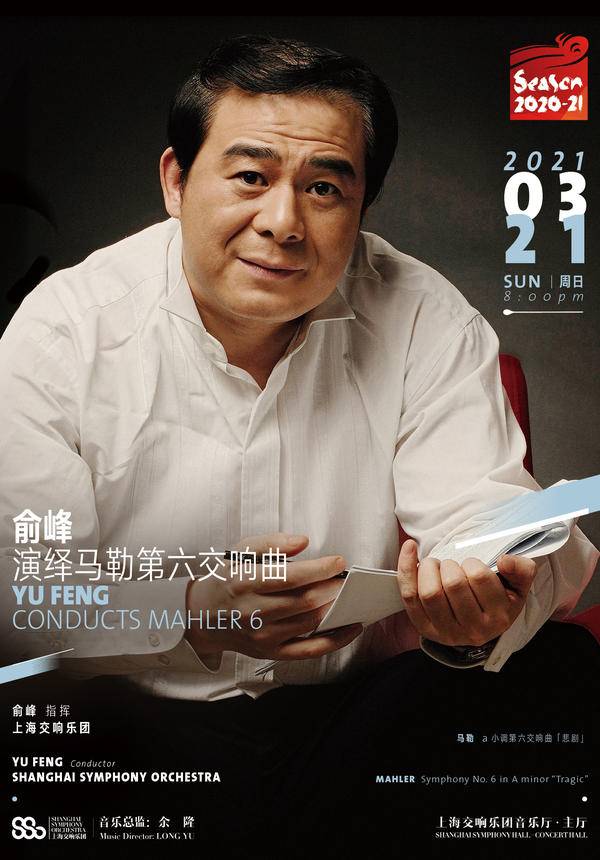 In 1991, Professor Yu won the first prize in the China National Competition for Conducting and first prize in the International Competition for Young Conductors in Portugal. Feng Yu has earned many titles from the Chinese government including Excellent Chinese Young Artist conferred by the Ministry of Culture. His book Chinese Modern Pedagogy for Conducting won the second prize of National Award for Education and Technology.

In the field of opera, Professor Feng Yu has achieved numerous breakthroughs. Under his baton, several Chinese operas have received notable awards including Xiang Jin's Love Song of Rawab and Tailor of Red Group and Xiao Bai's Farewell My Concubine, which was also presented in New York at Lincoln Center. He has likewise received awards for his conducting of Wagner's Tannhäuser, among others. Professor Yu has collaborated with renowned symphony orchestras at home and abroad, including the Deutsches Symphonie-Orchester Berlin, Konzerthausorchester Berlin, and Gulbenkian Orchestra in Portugal, as well as the China Philharmonic Orchestra, China National Symphony Orchestra, and Shanghai Philharmonic, among others. He was principal guest conductor of the Rome Symphony Orchestra in Italy from 2011 to 2014. He has also given master classes across the world at leading music universities and conservatories. He was also elected as the representative of the 18th National Congress of CPC in 2012.

* Programme is subject to change