"The audiences were held in a vice like grip from the first moment...the company demonstrates how Shakespeare can be made relevant to the modern world."
-APAN TIMES, Tokyo An intelligent and innovative production of ROMEO & JULIET, which explores the depths of this tragic, bloody romance and its central conflict between love and death, Eros and Thanatos. The setting is Baroque Italy, where clan violence, dignity, aristocracy, Catholicism, arranged marriages and chaste love are all imaginable. A world where the symbolic becomes real. The play is highly stylised; masked balls and ritual violence form set pieces. A rich theatrical performance, maintaining a Shakespearian style that relies on the skills of the actors and the imaginations of the viewers rather than complex settings and design. ROMEO & JULIET is one of the most popular plays ever written and TNT Theatre present it with all its poetry and romance intact, while delivering a powerful, stylised drama. 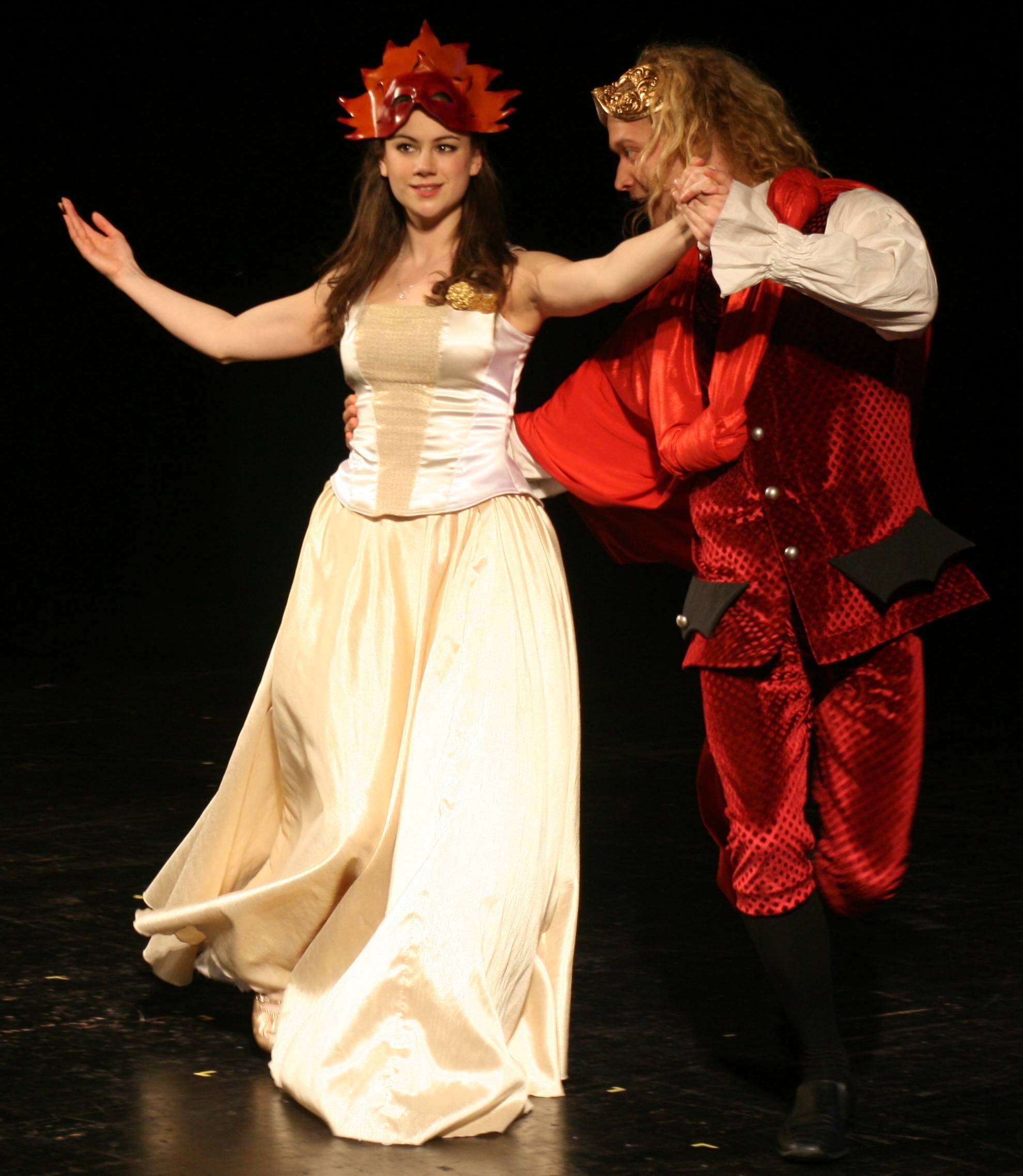 Performance: TNT Theatre Britain
TNT theatre was founded in 1980 in Britain and since has established itself as one of the most popular international touring theatre companies in the world. The artistic director of TNT is Paul Stebbings, whose work has won many awards at, for example, the Munich Biennale, the Edinburgh Festival, the Tehran Festival and from the government of Singapore. Other notable festivals in which the company has participated are the International Off-Broadway Festival in New York, the Tokyo International Theatre festival and the summer festival of the British National Theatre. TNT has also collaborated on co-productions with major venues such as the Athens Concert Hall and the St. Petersburg State Comedy Theatre. The company style aims to integrate all the performing arts. TNT productions always include a specially commissioned score by a leading composer. The director always works with a choreographer and the ensemble actors are chosen for their ability to cross the disciplines of theatre, music and dance.