Launching on February 5th, 2021, “The Mythical Animals in the Forbidden City: A Multimedia Exhibition of ‘Album of Beast’” is presented by the Palace Museum and China Merchants cultural industry co Ltd, and produced by LinkA Exhibits. It is landed at Qibao Vanke Mall, a new artistic and cultural landmark in Shanghai. The exhibition will open to the public from February 5th, 2021 to March 31st, 2021 and commence its national tour afterwards.

The year 2020 marks the 600th anniversary of the establishment of the Forbidden City and also the 95th birthday of the Palace Museum. ‘The Mythical Animals in the Forbidden City’ investigates ‘Album of Beast’, an illustrated catalogue in the Qing Dynasty collected by the Palace Museum. This exhibition integrates classics, knowledge and entertainment by digitalizing more than twenty ancient fabled beasts into multimedia interactive installations. 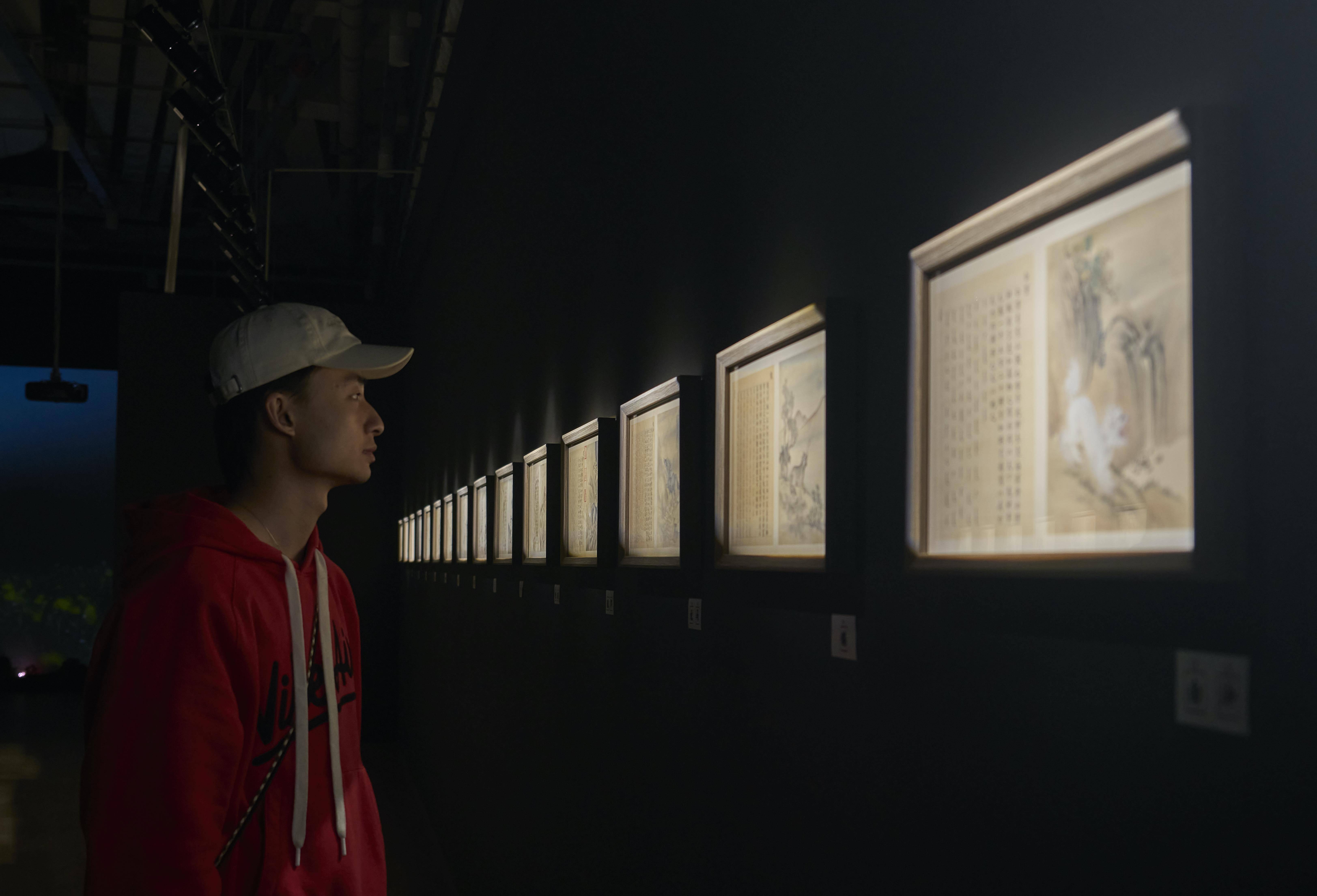 The exhibition is themed as a journey of capturing the beasts where the audience will be immersed in animation and interactive installations in eleven galleries of 900 square meters. The first zone ‘Baize Awakens’ invites the visitors to accompany Baize in search of other missing fantastic creatures in a multimedia scroll. In the next zone ‘Magic Painted Screen’ the ‘dream eater’ Mo awaits the guests while the third zone ‘Inked Creatures’ comprises eight imaginative ‘natural space’ of fundamental substances, namely Heaven, Wetland, Fire, Thunder, Wind, Water, Mountain and the Earth. These eight natural spaces have their respective guardian beasts: Longma, Yiji, Yi, Kui, Lu, Bingfeng, Xiezhi and Nine-tailed Fox. Encountering twenty-five mythical beasts in total, the audience will learn their legends and related history, folk customs, medicine and ethics in ancient China. This exhibition manifests the cosmology of ancient Chinese and their conception of ‘animal’, a gem of wisdom from the old days. 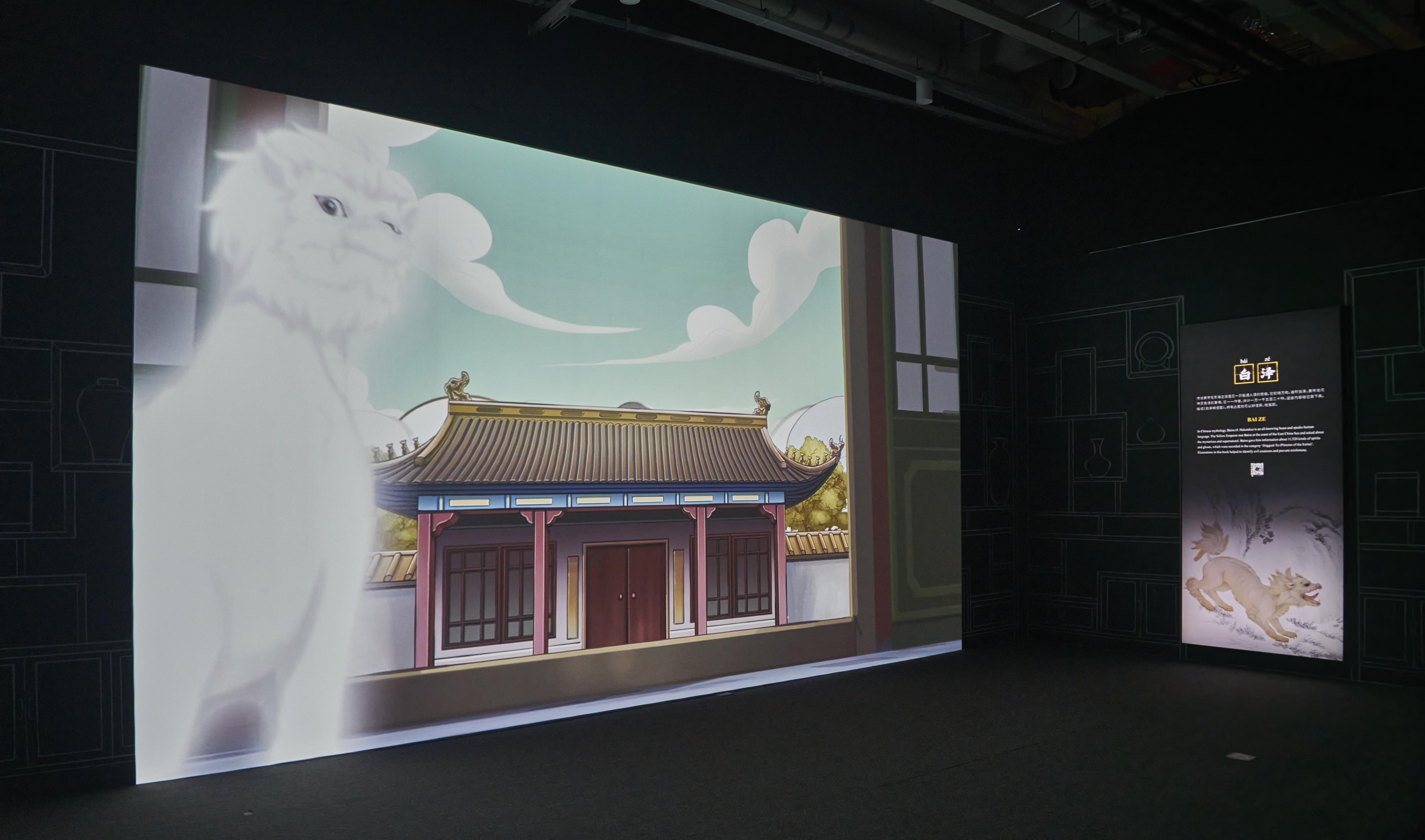 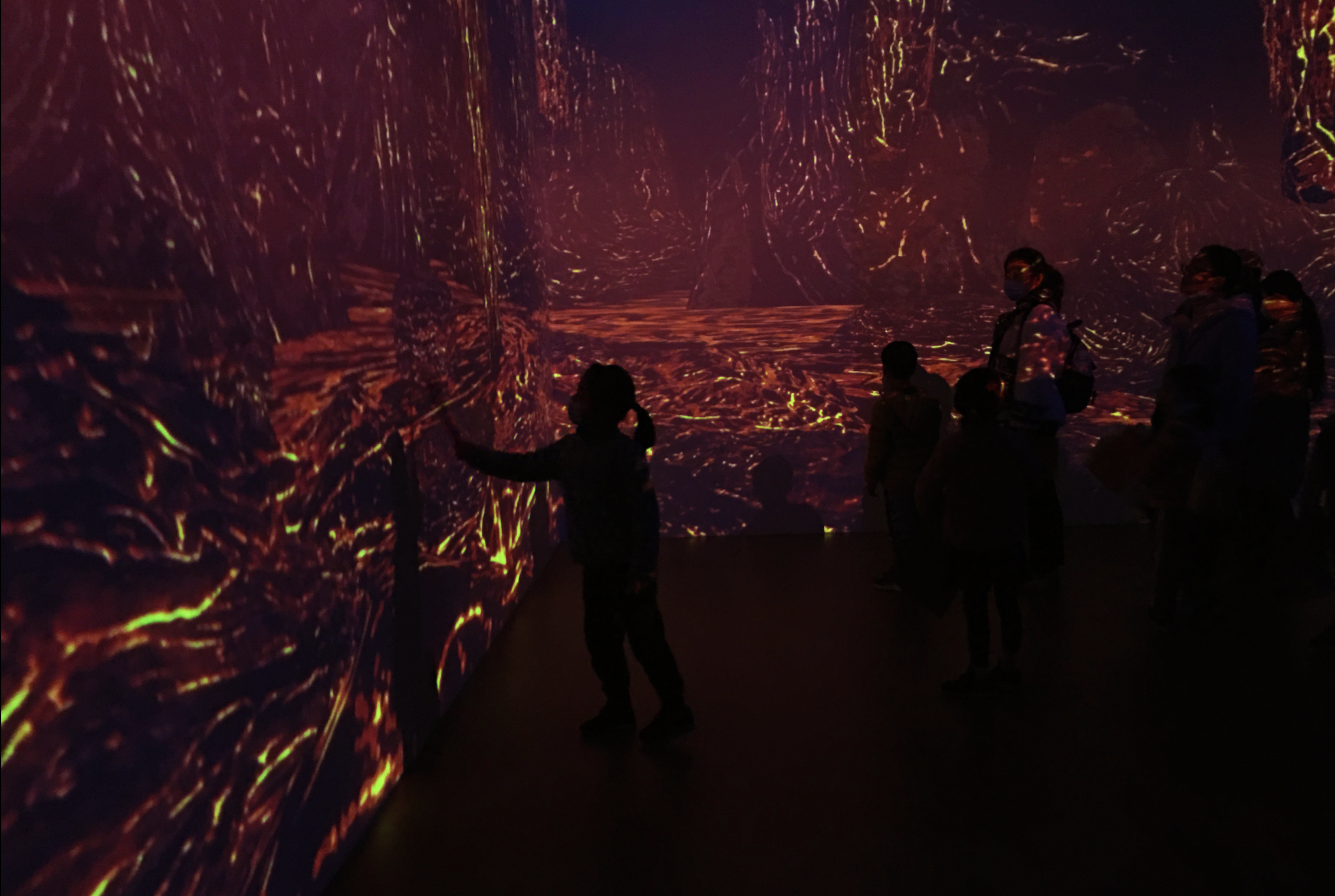 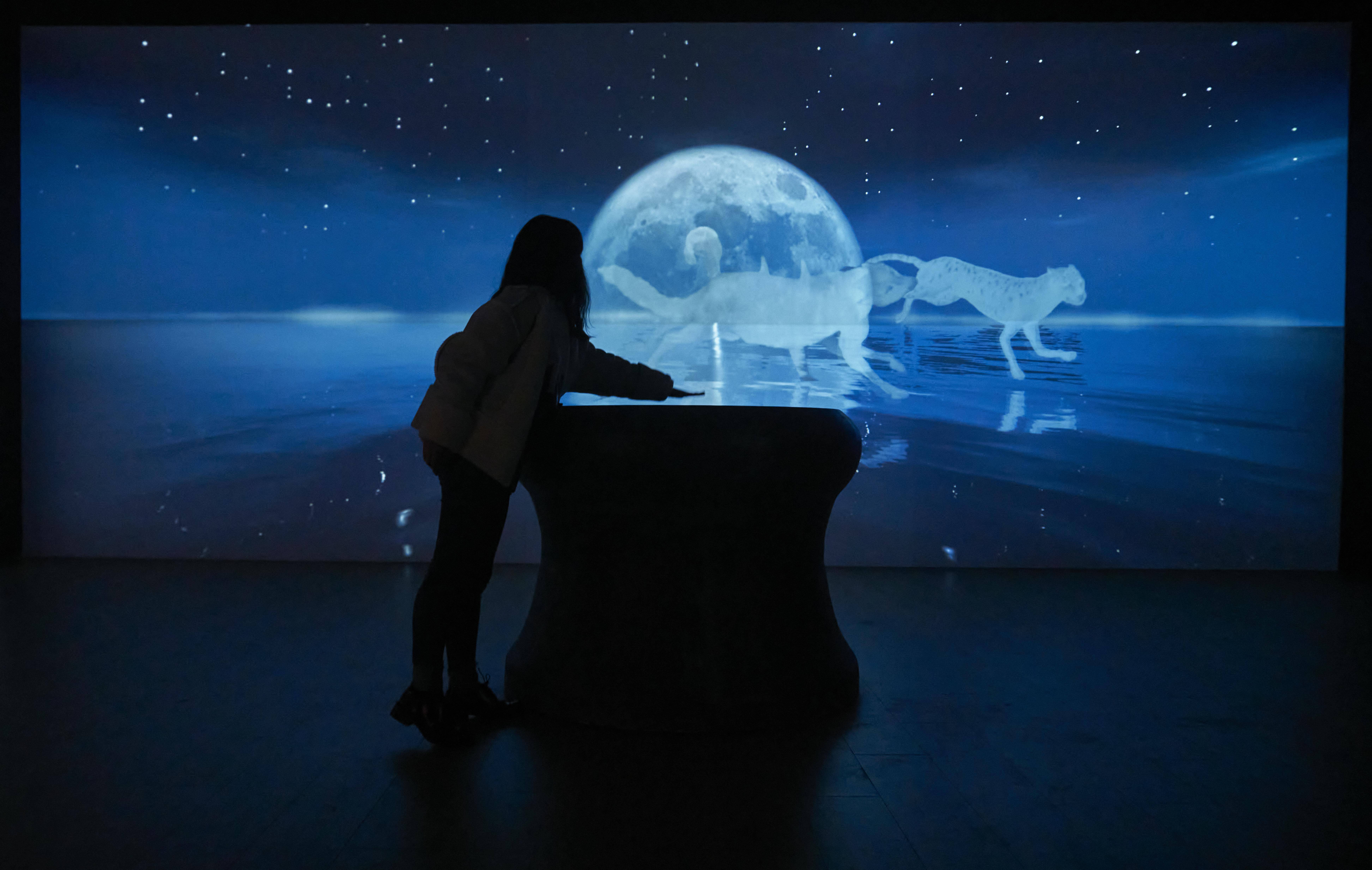 The inaugural exhibition of ‘The Mythical Animals in the Forbidden City’ is a special project of Art & Design Education FutureLab 2020 at the West Bund. Enacted by creative art and design, this exhibition combines digitalized imaginary galleries and compelling multimedia interactive installations. Here fantastic beasts in ancient Chinese mythologies are revitalized to play a Chinese storyline of ‘Fantastic Beasts and Where to Find Them’.

An illustrated catalogue from the ancient time can be digitalized in a contemporary exhibition and becomes more tangible and engaging. Wandering through the galleries, visitors will enjoy an expedition into the vibrant world of mythical creatures imagined by the ancient Chinese. The educational purpose of this exhibition is to demonstrate the conception of animal, the cosmology of nature and the ecological wisdom of harmonious symbiosis in ancient China. 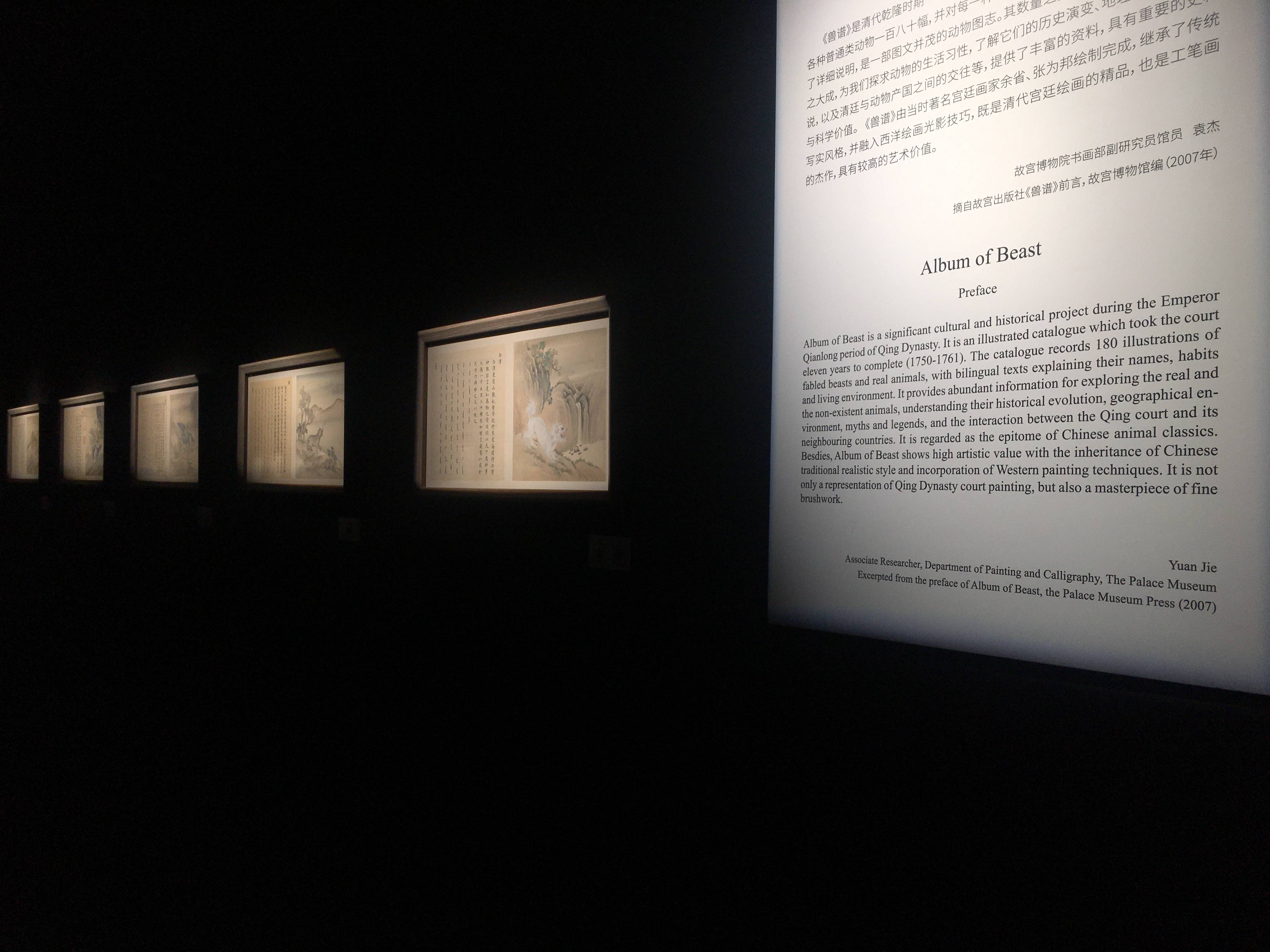 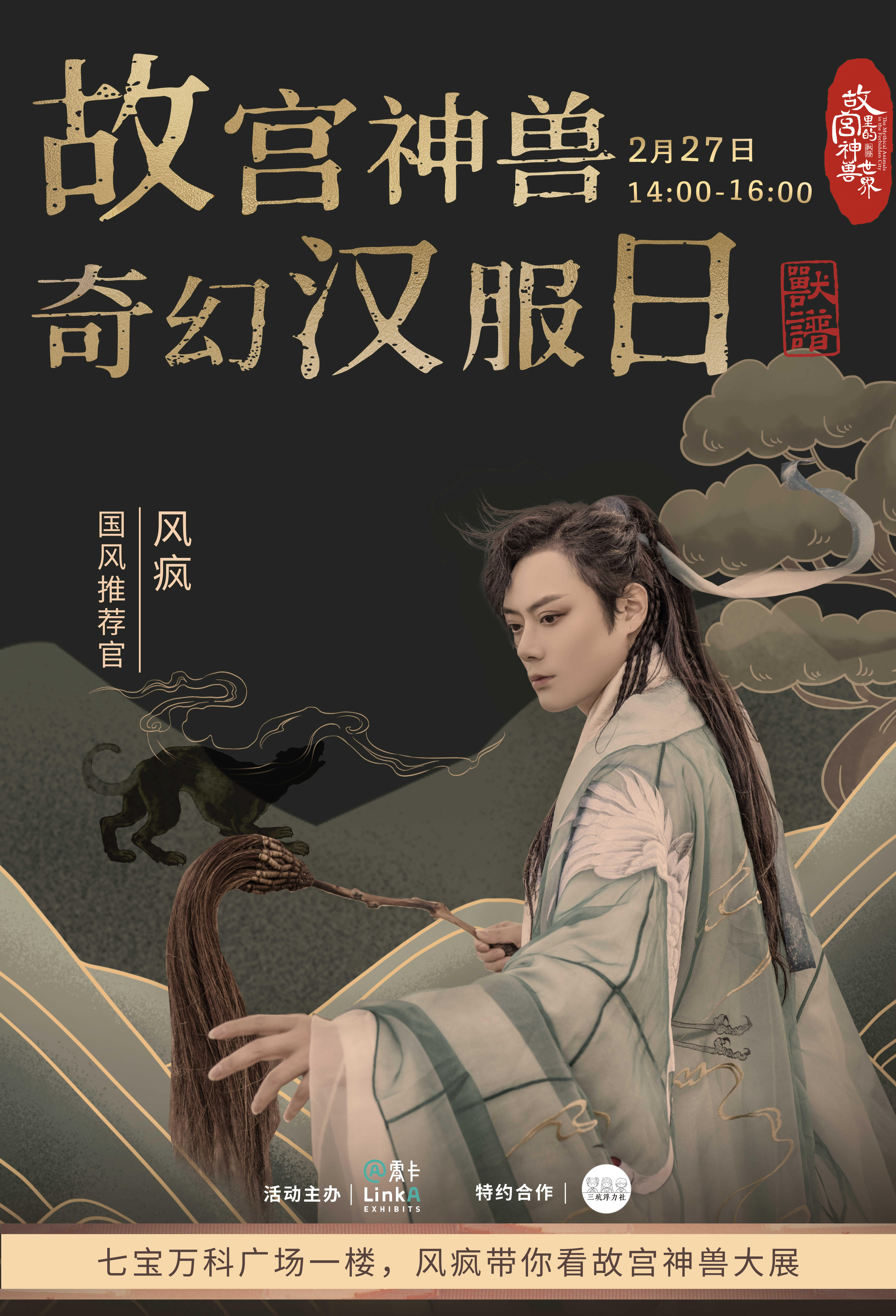 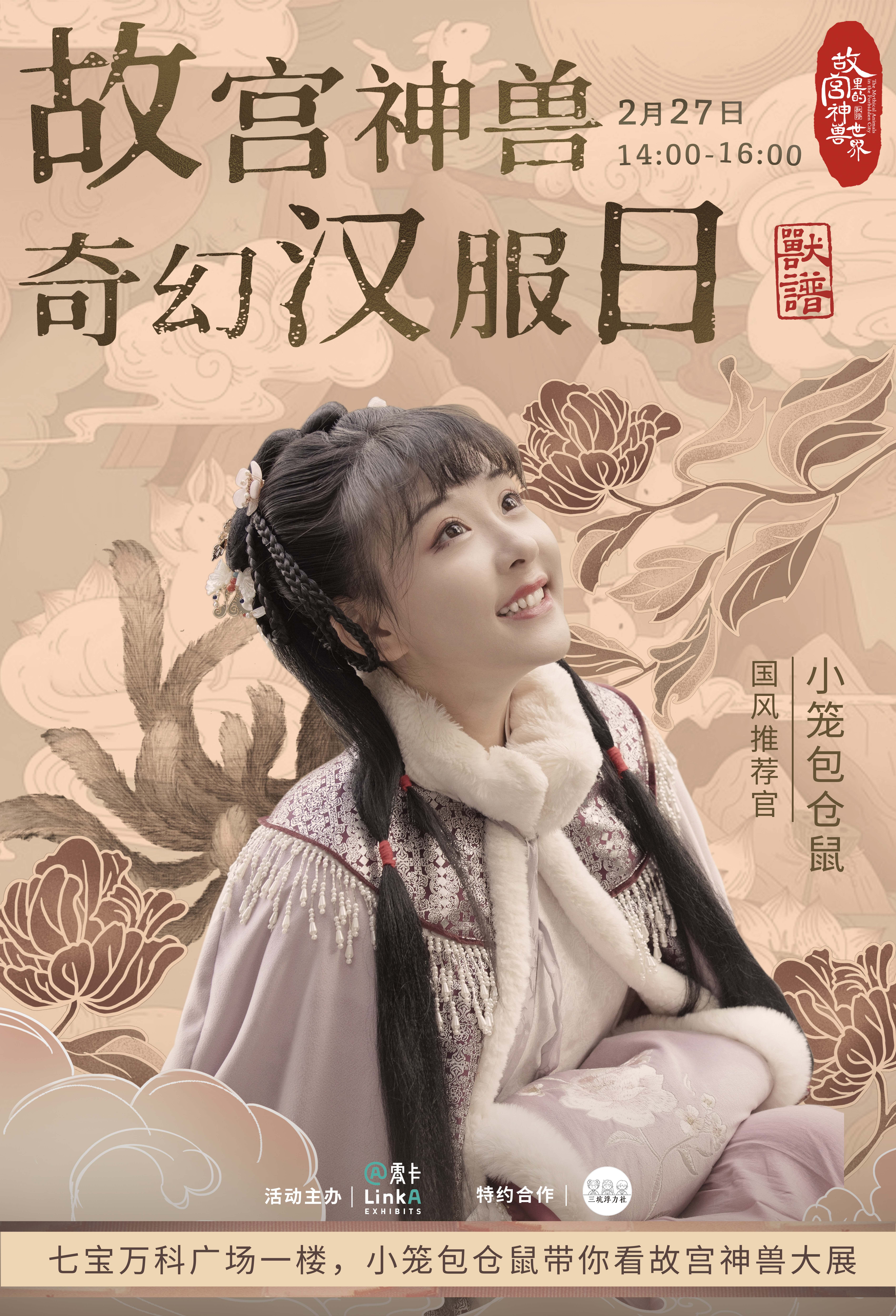 The ‘Album of Beast’

The composition of ‘Album of Beast’ commenced in 1750 and finished in 1761 in the Qing Dynasty. In the eleven years, Emperor Qianlong highly valued this book and appointed eight military ministers such as Fu Heng and Liu Tongxun to participate in its compilation and editorial work. This illustrated catalogue of animals has six volumes, each with 30 illustrations and 180 in total. Creatures portrayed in this catalogue vary from auspicious and exotic beasts, mythical critters to common animals. Court painters Yu Xing and Zhang Weibang were commissioned for this book. Their artistic style incorporates the neat and delicate brushwork plus vivid colours of Chinese painting and the precise representation in Western techniques. ‘Album of Beast’ is of precious artistic and academic value. It embodies the characteristics of ancient Chinese animal study and mythology, and also manifests the aesthetic integration of Chinses and Western art.

The Palace Museum is one of the largest museums of ancient culture and art in China, and also one of the first Demonstration Bases for Patriotism Education. Established in 1925, the Palace Museum is located in the Forbidden City and holds the imperial collections of Ming and Qing dynasties and beyond. It serves as the protection and management institution of the imperial architectural complex as a cultural heritage site; it is also an institution for collecting, researching and displaying art in ancient China based on its imperial collections. As a treasure trove of art, the Palace Museum has a collection of 1.8 million pieces (sets) in total.