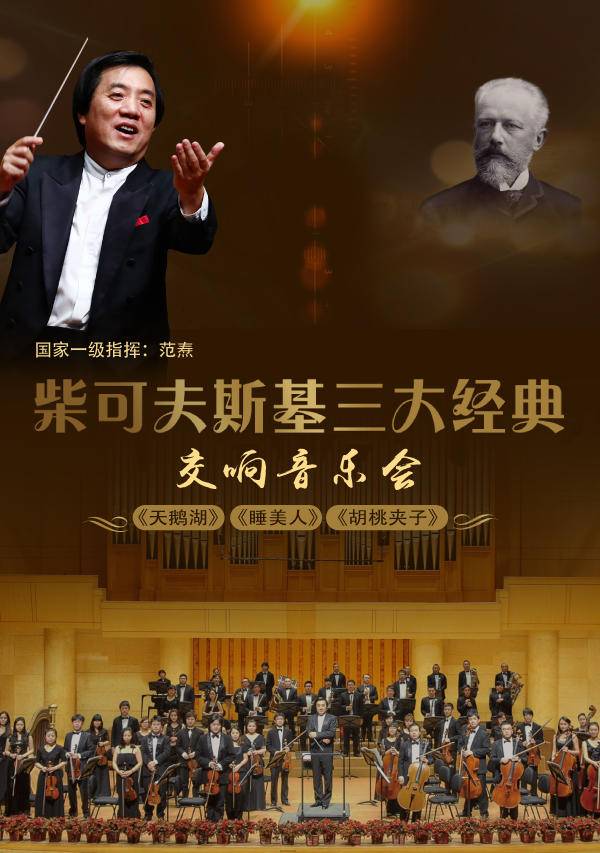 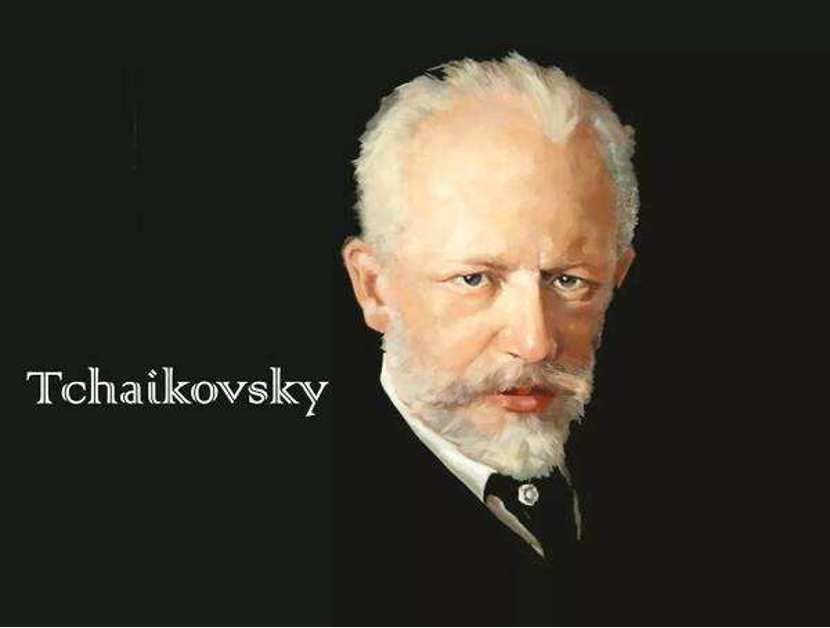 The music of "Swan Lake" is like a romantic lyric poem, and the music of each scene is excellent in the description of the scene, the promotion of the dramatic contradiction , and the portrayal of the characters and hearts of each character. In "Swan Lake", he expresses a poetic mood with romantic lyrical brushstrokes, depicting the protagonist's beautiful and pure character and loyal love; The pure inner world of Princess Tower; there are also gorgeous and bright dance music, showing the sunshine and vitality of Prince Siegfried. At the same time, it depicts the contradictions and conflicts of hostile forces with majestic dramatic force. These dance drama music, which is full of poetic and dramatic power, and has a high symphonic development principle, are still the model works of ballet music.

The Nutcracker is recognized as one of the greatest classical ballet works in the world. An important reason why it can be performed for a hundred years and endure for a long time is that Tchaikovsky's music endows the ballet with a strong appeal. It is full of simple and mysterious fairy tale colors and strong children's music characteristics. "The Nutcracker" is a typical Tchaikovsky's later work. He uses strings delicately to make the background music of the work shine, and shows the realism that is rarely seen in ordinary music. Tchaikovsky's music is very dramatic and full of tension. The cello and oboe are full of emotion, and the climax is full of climax. As early as 1891, when Petipa choreographed, the requirement for music was "to be like a fountain, with water droplets everywhere". Among them , the music of Candy Fairy's solo dance is pleasant to the ear , playing a fantastic, sweet sound like a celestial being, like a silver bell, which is unforgettable.

Tchaikovs once commented on "Sleeping Beauty": "The dance scene is full of poetry and very suitable for music, so fun and enthusiasm accompany my entire creative process, and generally speaking, this is what determines the value of any work. factor." The music in "Sleeping Beauty" is fantastic. Tchaikovsky once wrote to his friend Mrs. Meck: "...I seem to think this ballet music is my best creation. The subject is so poetic, so musical, I am very impressed with it. Great enthusiasm to write it, and a valuable piece of music depends on this enthusiasm." It is based on this enthusiasm that the music of "Sleeping Beauty" can be famous for centuries. 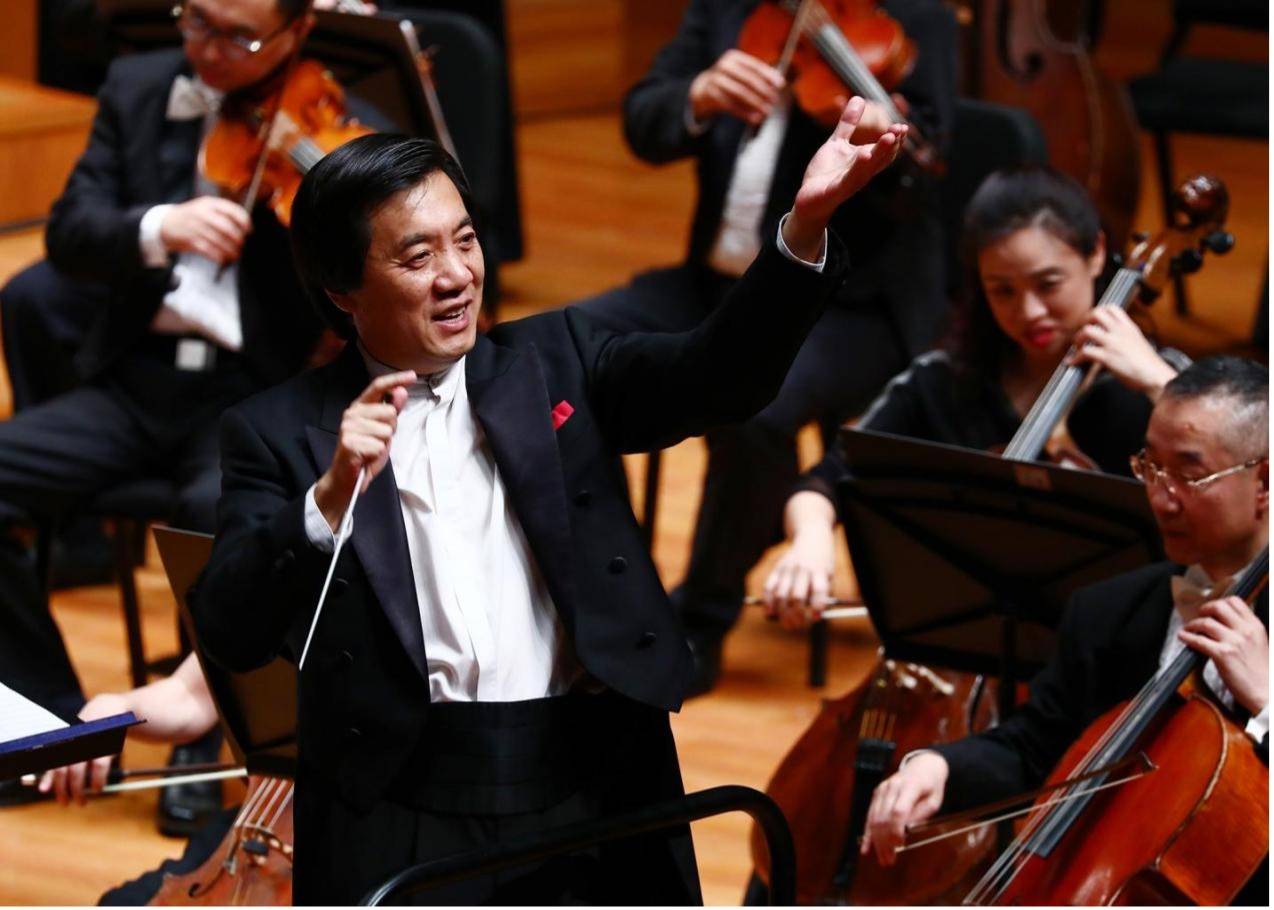 National first-class conductor, permanent conductor of China Radio and Film Orchestra. Fan Tao is a skilled conductor, full of passion and tension, and is an outstanding conductor with great talent. In 2000, he won the Special Jury Prize of the Sibelius International Conducting Competition in Finland and awarded the Sibelius Family Fund, and then studied under the world-class conductor Esa-Pekka Salonen. At the Finnish Summer Music Festival, Fan Tao showed his conducting skills again, and the Finnish national TV broadcasted the concert live. He was loved by the Finnish people who love music.

From 2001 to 2003, Fan Tao received a full scholarship to study at the University of Florida, where he studied under the famous conductor and educator Mr. Phillip Spurgeon. During this period, he conducted the Florida Symphony Orchestra and held a successful concert at Carnegie Hall in New York; he was also invited to conduct a series of extremely famous contemporary American composers at the 11th Florida Modern Music Festival. Featured modern productions, including some world premieres. His delicate and original interpretation of modern works has been highly appreciated by composers. In addition, he has performed the opera "Dawn of Tragedy" by the famous Chinese composer Guan Xia, the opera "La Traviata", "The Marriage of Figaro" and the ballet "The Red Detachment of Women" by the National Ballet of China. 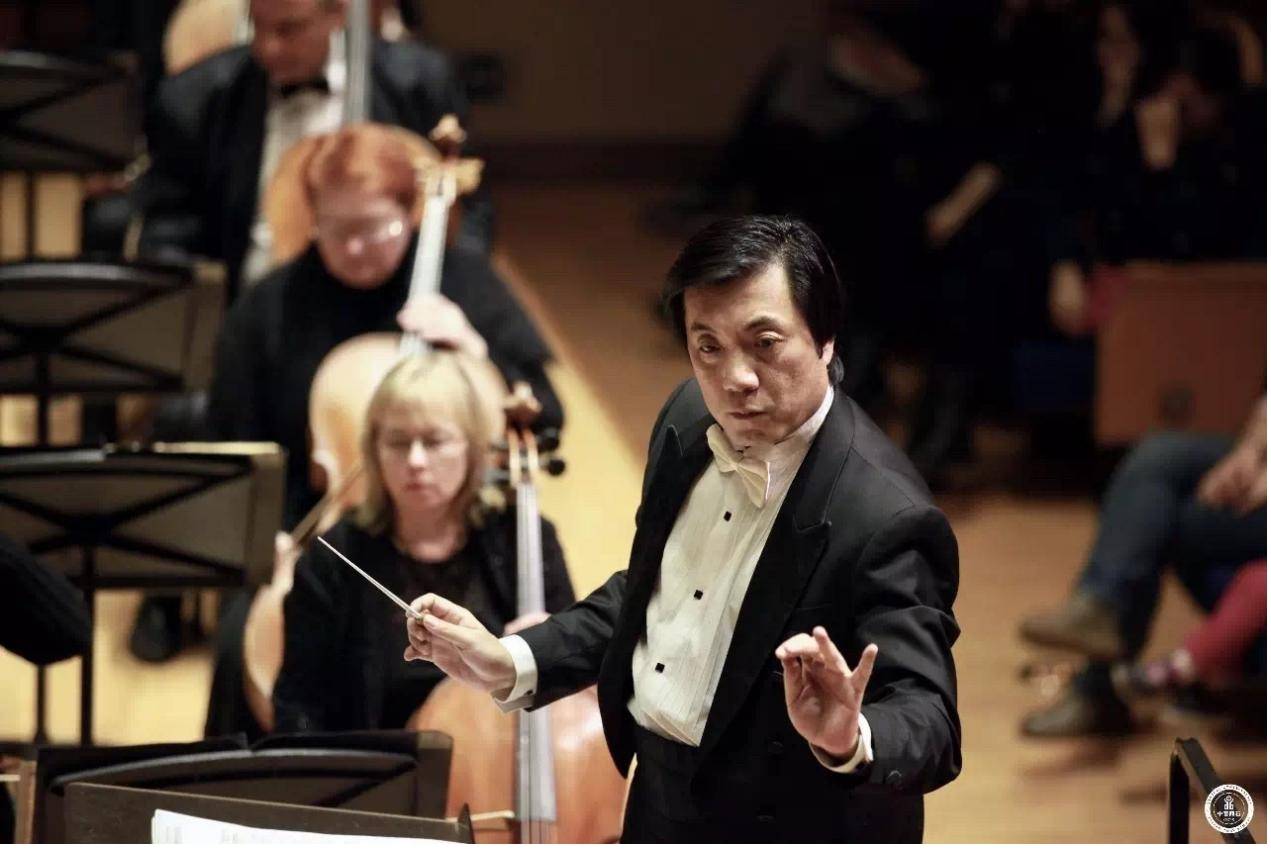 Fan Tao also recorded a large number of CD records, including "The Door of Music" with the China Philharmonic Orchestra, "Four Classics", "The Yellow River" and "The Liang Zhu" recorded by the China Radio Chinese Orchestra. In 2007, he won the Best Record of the Year and the Best Conductor Award on the Top Ten Asian Fever Records, and in 2008, he won the Best Planning Award for the Top Ten Asian Fever Records. 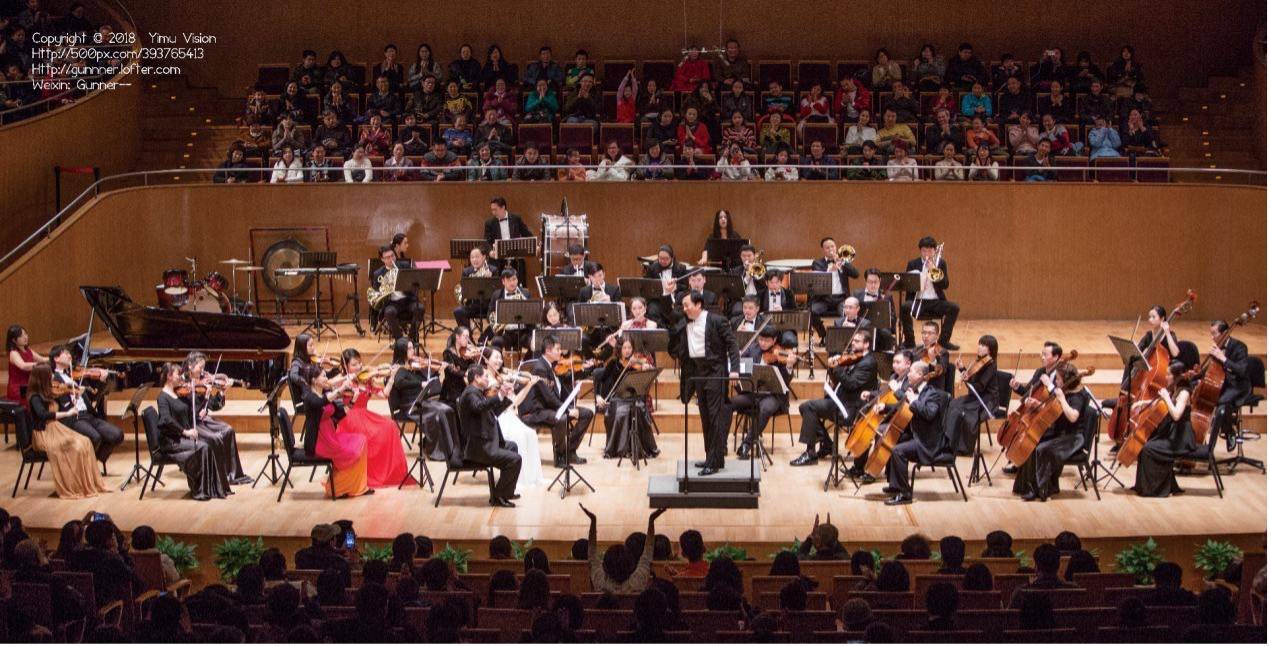 The Accent Symphony Orchestra was established in 2013. The orchestra is active on the stage with its continuously improving musical accomplishment, consistent rigorous attitude and endless stage projects. With the prosperity of the domestic performance market, the orchestra has become one of the most professional, competitive and dynamic symphony orchestras in China. 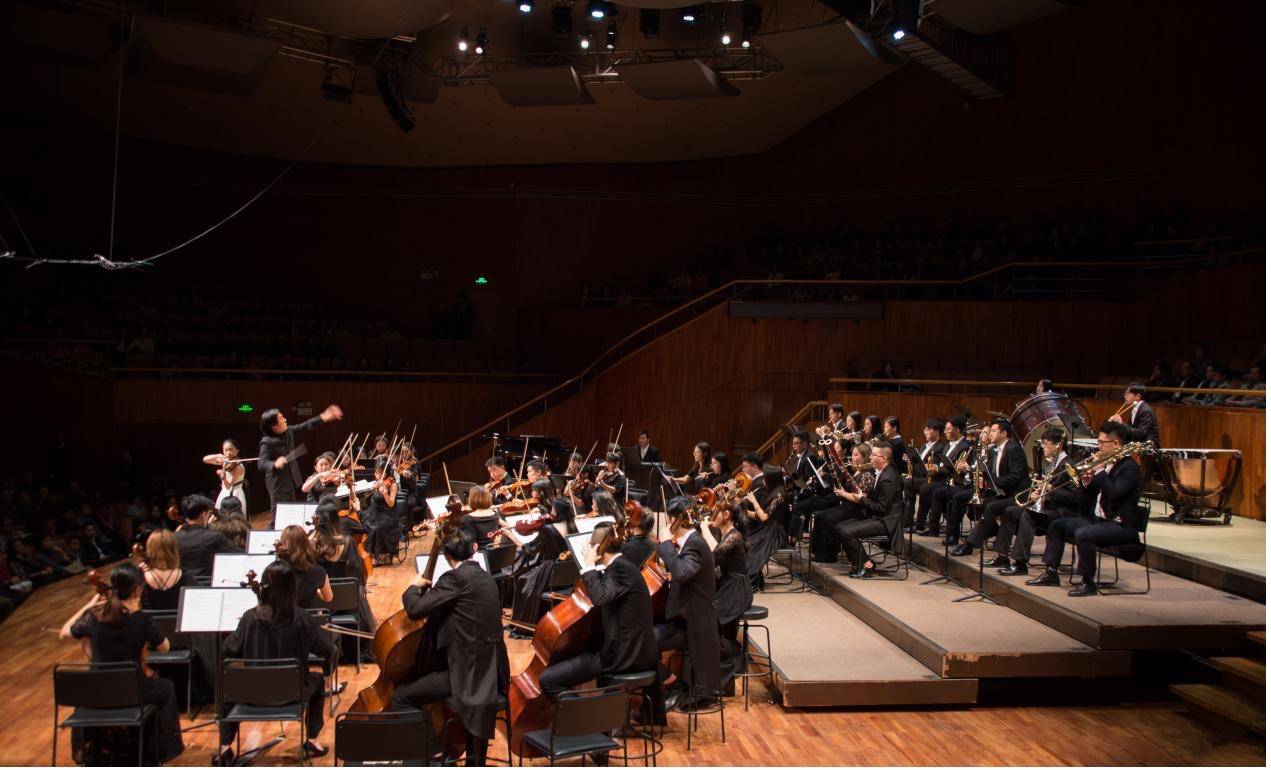 In terms of performance content, the Accent Symphony Orchestra has won unanimous praise both inside and outside the industry for its rich performance types. The classical concerts performed by the orchestra include: "The Magic Flute" and "Serbian Barber" opera symphony concerts, breaking the deadlock of difficult to understand and difficult opera performances, allowing the audience to understand and appreciate the opera in a relaxed and interesting atmosphere. The Tchaikovsky ballet "Swan Lake", performed in cooperation with the Russian National Ballet, perfectly combines symphonic music and ballet, bringing the audience a shocking audio-visual experience. "World Famous Symphony Concert" mainly focuses on classical music works that are familiar to the public, enriches the audience's life aesthetics, and builds a bridge between Western classical music and public life.

The Accent Symphony Orchestra not only performs classical concerts, but also includes film and animation concerts, family concerts, and musical stage plays. Among them, it has been five years since the opening of "Duo Mi and Big Grey Chicken Parent-Child Story Concert" in cooperation with Beijing Concert Hall. As China's flagship parent-child concert, it combines classical music with interesting stories. It is an excellent parent-child concert that accompanies the growth of children. "Music Forest Idiom Story Concert" combines newly compiled idiom stories with music, allowing children to experience the beauty of idioms and music together in a fresh, interesting and tortuous story. 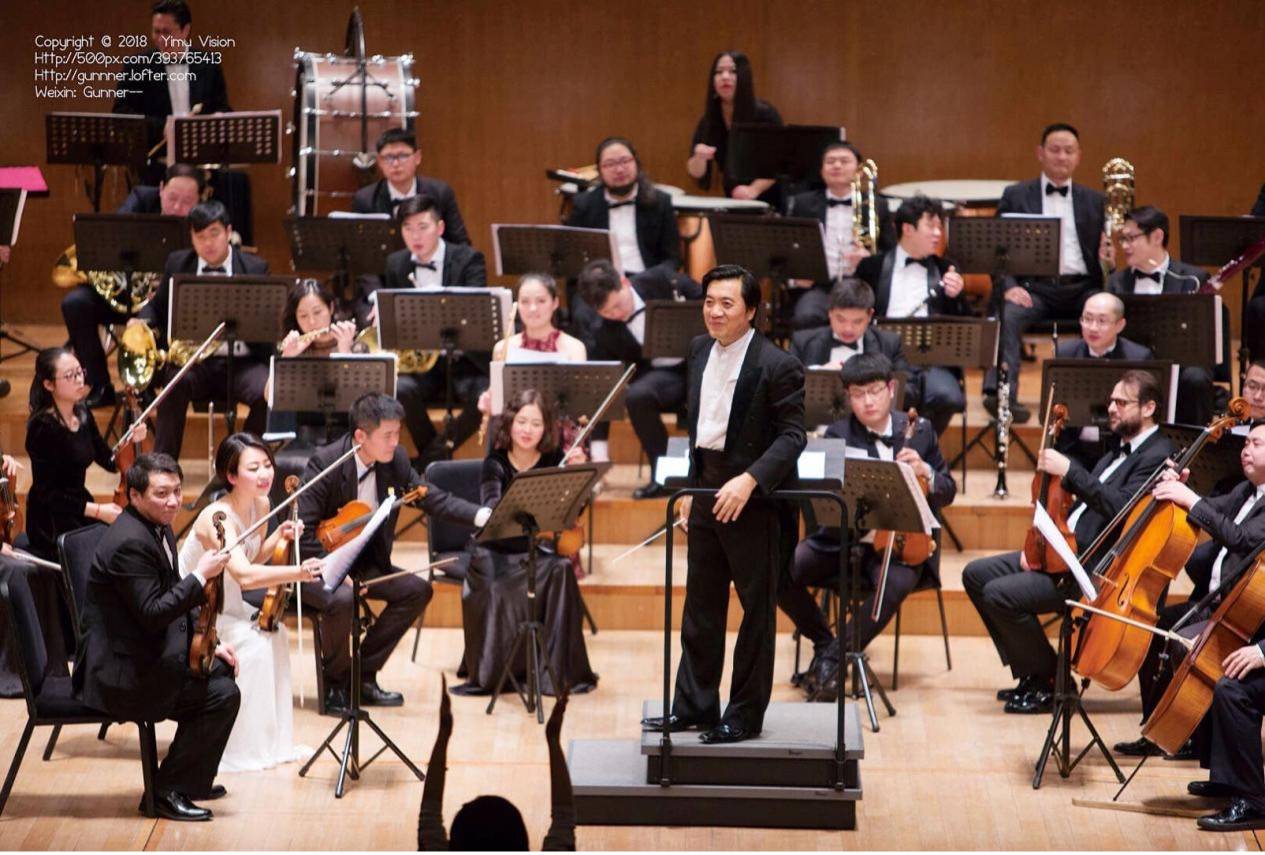 In addition, the band has also recorded music for many movies and TV series. He was also invited to participate in the Beijing International Film Festival hosted by Beijing Jingyan Group, the New Year's performance of "Agreement to Ice and Snow".

The Accent Symphony Orchestra is deeply loved by the audience for its diverse performances and elegant and serious concert types. It is more flexible in dealing with the market and cultivating the audience. The orchestra firmly believes that only the performances that the audience likes can be successful. performance, and strive to contribute to the development of China's performance market.

(The repertoire is subject to the scene)