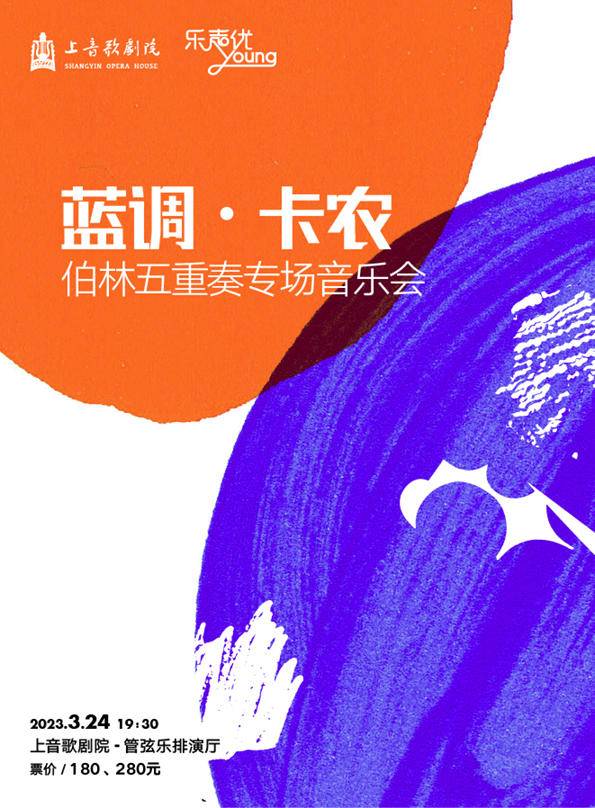 Jazz pianist, composer, arranger, conductor, and the world's most famous French musician, Claude Berlin, created "Violin, Jazz Piano Suite" and "Classical Guitar and Jazz Piano Concerto" as early as 1975. As well as the popular Baroque style "Flute and Jazz Piano Suite" and other works. This concert invites the Berlin Quintet with the same name as Berlin. The combination consists of piano, flute, double bass, classical guitar, and percussion. Just like Berlin's music, artists from all over the world blend "Baroque and blues" across borders, combining various cultural elements. New forms, new creations, when classical meets jazz, through different elements and different ways of expression, there is a vertical focus in the original parallel world, presenting a unique musical feast.

*The track and order are subject to the performance

The orchestra is named after CLAUDEBOLLING, the most versatile French composer today. Since its establishment, it has held special concerts in Shanghai Concert Hall, Shanghai Oriental Art Center, Shenzhen Concert Hall, Wuhan Qintai Concert Hall, Changsha Concert Hall and many other places. The most humane achievement of BOLLING lies in the ingenious combination of jazz and classical music. This innovation gives performers a new space and enables artists to shuttle between jazz and classical music. The five members of the orchestra got together,
Just like BOLLING's music, it combines various cultural elements together. The piano solo CD "Dedicated to Friends", Chinese art song series "Qingliu", "My Lover Sends Me Sunflowers", "Ask", etc. were published by Shanghai Audiovisual Publishing House. Its concerts such as "You Are a Pianist", "Beethoven of Tom and Mouse", and "Encounter in Video and Video" have toured the country for hundreds of performances.
Now he is not only committed to piano performance, but also serves as the music director and conductor of many musicals and operas across the border. His main works include "The Last Moment", "Loulan", "Spring Awakening", "Rental", "White Night Journey" ", "Spring Shanghai 1949", "Flame", "Beethoven" and so on. Director's works include "Farewell to Cambridge", "This Road Is Impassable", "Rong·Music-A Dream in the Garden" and so on. He started to learn flute at the age of nine, under the tutelage of Mr. Guo Yingjun, the chief flutist of the Shanghai Opera House, during which time he won the third prize in the first Shanghai Solo Cup Amateur Flute Competition. In 1999, he continued to study with He Shengqi, the flute professor of Shanghai Conservatory of Music. The following year, he was admitted to the High School Attached to Shanghai Conservatory of Music. During high school, he participated in the first national art college flute performance competition, and won the second place in the youth group as the youngest contestant in the youth group, the first Beijing Nicolai International Flute Competition and other domestic and foreign competitions. During the school period, he actively participated in art practice activities. He once served as the principal flute of the Symphony Orchestra Attached to the Shanghai Conservatory of Music, and participated in many domestic and foreign exchange activities with the group.

In 2006, he was admitted to the Shanghai Conservatory of Music with the first place in the flute major and the first place in the woodwind group. Since the first year of university, he has served as the chief flute of the Shanghai Conservatory of Music Youth Symphony Orchestra and the Shanghai Oriental Sinfonietta until graduation. He has traveled with Mr. Tang Muhai and Mr. Xu Zhong to tour Germany, Finland and other European countries for many times. He has participated in national banquet performances and accumulated Has a wealth of performance and work experience. At the same time, he also actively participated in educational practice activities. He once served as a specially-appointed flute teacher for the Wujiang Youth Palace, and was well received by the leaders of the Children's Palace.

In 2010, he went to Germany and was admitted to the National Freiburg Conservatory of Music with a professional full score (24 points) among more than 80 candidates. He studied under the internationally renowned flutist and educator Mr. Felix Renggli and became the only Chinese student in the class. During the school, he served as the principal of the Academy Symphony Orchestra for many times, and on behalf of the school, accompanied the group to visit Spain, and was nominated by the director of the Academy’s Conducting Department to serve as the principal of the ensemble and opera concert flute. In 2015, he was recommended to perform as a guest performer at the German National Philharmonic Orchestra.

After returning to China in 2016, he actively participated in performances and teaching activities, cooperated with various instrumentalists and orchestras, and successfully held many concerts. And was invited by the Shanghai Philharmonic Orchestra to participate in the performance of the orchestra as a guest principal. In 2017, he was a guest at the St. Petersburg State Symphony Orchestra in Russia. Now he is the main member of the Berlin Quintet, which includes the crossover of classical and jazz, and has successfully held many concerts in various cities in China. The chief double bass of the Shanghai Philharmonic Orchestra, under the tutelage of the famous double bass virtuoso and composer Stefan Schäfer, was awarded a performer diploma jointly by the Hamburg State University of Music and Drama and the Hamburg Academy of Music with full marks in two graduation concerts. 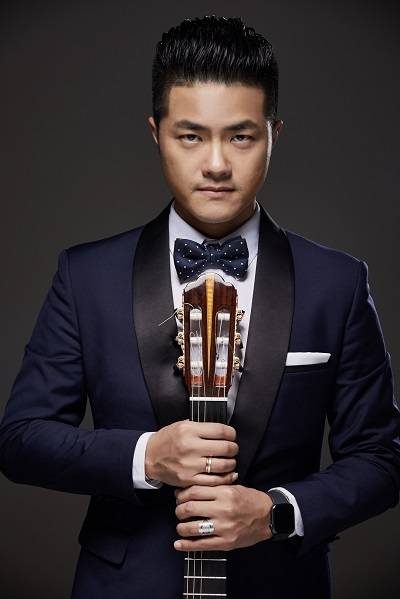 He began to learn classical guitar in 1995, under the tutelage of Chen Hualiang, a well-known domestic classical guitarist. He studied with Elena Casoli at the Bern University of the Arts in Switzerland and obtained a Solist Diploma. He has taught at the Municipal Conservatory of Music in Bern, Switzerland, and at the State Lengnau Conservatory. Fan Ye is active on various stages of the world with his unique concert mode.
On January 11, 2013, the classical guitar solo concert "Legends of Latin America" was held in Shanghai Concert Hall. On May 30, 2013, "Songs from the Chinese" Chinese-themed multimedia special concert was held at the Bern Concert Hall in Switzerland. On June 27, 2013, as a soloist, he collaborated with the Swiss Bern Symphony Orchestra on Tedisco's No. 1 Guitar Concerto.

In September, he was invited to participate in the Urumqi Guitar Festival and the Hong Kong International Guitar Festival and Competition, serving as a judge and holding master classes and personal concerts. In November, he was invited to participate in the "Shanghai Swatch Peace Hotel Art Center" artist residency program. In the same year, he was included in the "Who's Who in Art". On January 8, 2014, invited by the Beijing Dunshan Symphonic Orchestra as a guest guitarist, he performed Friedrich Gulda's Cello Concert in the Beijing Concert Hall. In June 2015, he was invited to Slovakia International Guitar Art Festival to hold personal concerts and master classes. In July, he participated in the cross-border concert of Claude Bolling, an outdoor performance at the Shanghai Summer Music Festival. In August, he was invited to the "Dancing Summer" Guitar Duo Concert by Ye and Gilbert in Wuhan Qintai Concert Hall. In September, invited the closing concert of Shanghai Contemporary Music Week to cooperate with the famous singer Yang Jima and the Shanghai Symphony Orchestra to perform the works of the famous composer Chen Musheng. In April 2016, the classical guitar scene concert "20 Letters • Foolish Love" was held in the Shanghai Concert Hall, and the album "20 Letters" was released. Classic 947 and many other media reported on it. Alexander Hoffet, Consul General of the Swiss Consulate in China, his wife, and Ruth Bichsel, Director of the Visa Office, all attended the concert and gave high affirmation and praise. He is currently the head of the Shanghai Stellar Orchestra.

"His performance gave me new inspiration for guitar" - Tan Dun

"I like his playing very much, and I feel my artistic conception" - Qu Xiaosong and Xiong Bochao

Xiong Bochao learned jazz drum performance since he was a child. In 2005, he was selected as the first prize of jazz drum solo in the Beijing Chinese Culture Continental Tour talent event. In 2013, he studied jazz drum performance with teacher Chu Weiming. In the same year, he studied with professor Yang Ruwen and professor Luo Tianqi of Shanghai Conservatory of Music. Western percussion and Chinese percussion performance. After being admitted to the Shanghai Conservatory of Music in 2015, he studied Western percussion performance with Dr. Wang Yuyan. In 2015, as a member of the percussion department, he followed the school orchestra to participate in a special performance at the National Grand Theater in Beijing; in 2015, he participated in a special performance of Inspur percussion music; in 2016, he participated in the opening ceremony of the first Agitation National Music International Percussion Art Festival and National Music Award show etc.