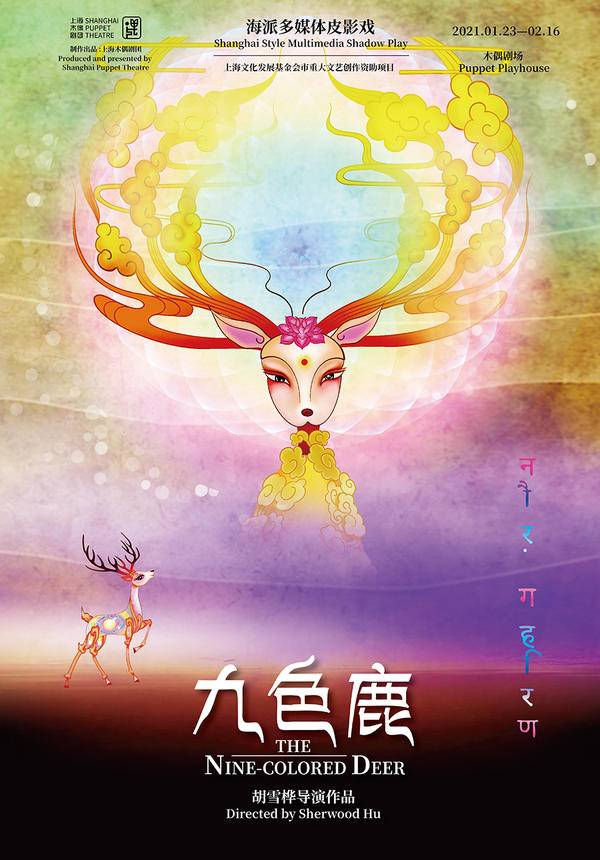 The original story is based on the Buddhist Jataka of the same name, which was discovered as cave paintings from the Mogao Caves in Dunhuang, China.

In ancient times, a Persian merchant gets lost in a windstorm. Suddenly a spiritual deer of nine colours appears to guide the man. Later on, the deer rescues a man drowning in a river. In exchange, the man promises not to reveal the deer’s whereabouts. The man reaches an imperial palace. The king insists on hunting down the spiritual deer down to make clothes out of the deer skin. The man gives in to his greed and leads an army of warriors to the spot. He falls into the river again, hoping the deer will show up to rescue him. This time, all the warriors’ arrows turn into dust and the man is drowned.

Shadow plays using silhouette puppets have a history of more than 2,000 years in China. These puppets are projected onto a backlit curtain while their articulating limbs are manipulated by artisans behind the screen, typically to the accompaniment of music.

⚠️ All Attendees Require a Ticket