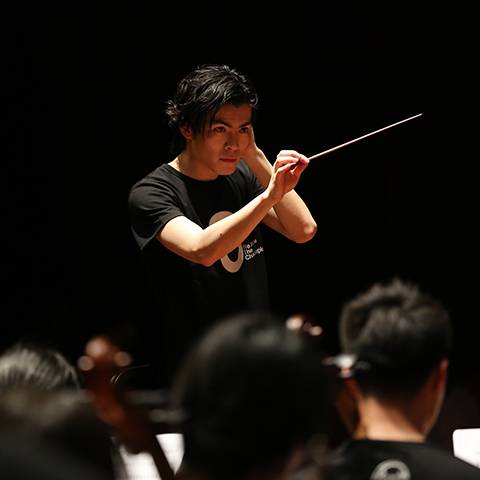 Xue Yuan is a young conductor and pianist born in 1988 in Shanghai.
He has been the Music Director of the Shanghai Rainbow Chamber Orchestra since 2012 and has led the Orchestra to perform classics like Beethoven's Symphony No. 3, 5 and 7 to popular acclaim.

At the Second International Conducting Competition for Chinese Music held in July 2014, Xue won the first prize as well as three other major awards, a feat that also made him the first undergraduate to have won an international competition at the Shanghai Conservatory's Department of Conducting.
Program
Beethoven: Symphony No.2 in D major, Op.36, L.V.Beethoven
I. Adagio molto-Allegro con brio
II. Larghetto
III. Scherzo
IV. Allegro molto