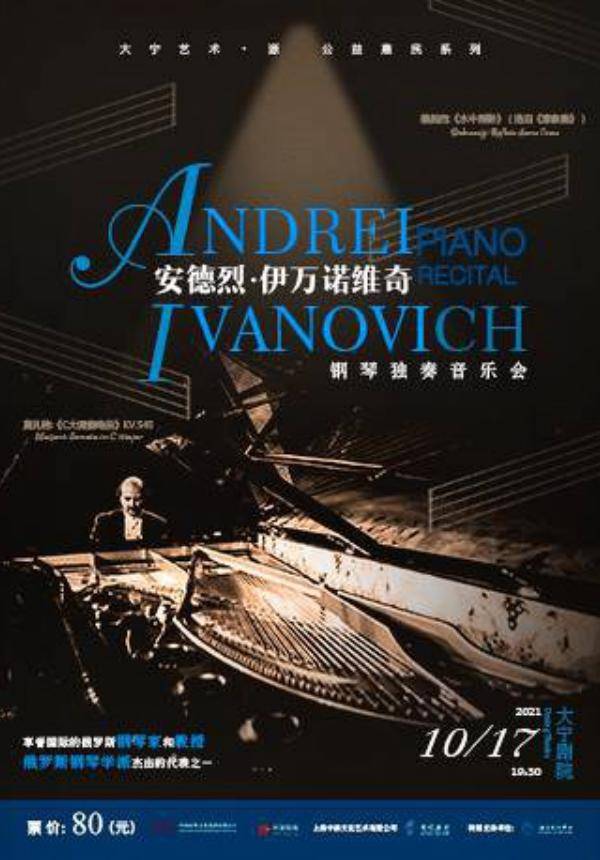 👉 Paper Ticket Delivery
👉 Each attendee needs a ticket
👉 No cancellation 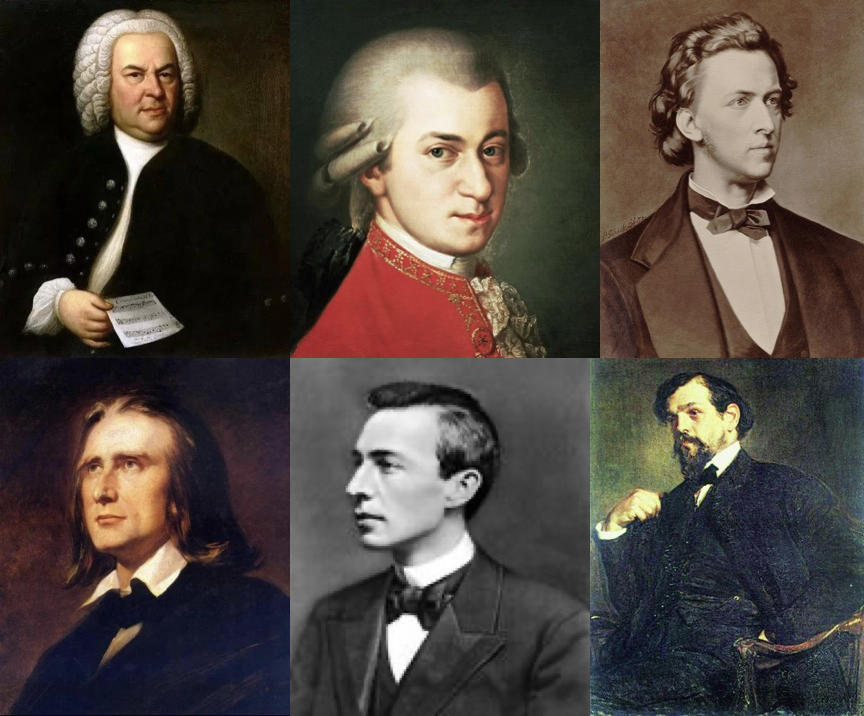 This concert presents a repertoire that will span 200 years of classical music. From the 17th century to the 19th century, from selected Baroque music and the Viennese classical school to the romantic and impressionistic schools, Russian pianist Andrei Ivanovich will perform the works of six great musicians in the history of world classical music - Bach, Mozart, Chopin, Liszt, Rachmaninov and Debussy's monumental works!

This is an artist who works with the utmost seriousness and respect for his work; a piano player who, even in the most virtuosic works, does not put the magic of the keys or the artist himself in the foreground, but rather who drives what is behind the music.  --The Berliner Zeitung

"Music is the common language of humanity."

"I want to be a good ambassador of cultural communication between Russia and China, so that the two peoples understand each other more." 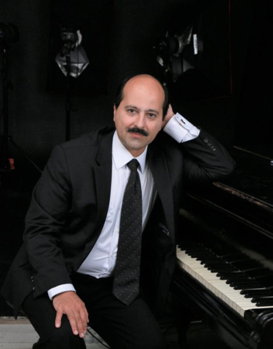 The Ivanovich family name first received widespread attention from Jan Ivanovich, Andrei's great-grandfather as a pianist and composer, who was the creator of the popular waltz "Danube Waves".

Mr. Ivanovich won several prestigious international piano competitions (Cagliari, Salerno, Cologne, Terni, Gold Medal of the "World Piano Competition") and since then he has successfully become a pianist recognized worldwide. He has performed all over the world, such as Carnegie Hall, Lincoln Center in New York, National Centre for the Performing Arts in China, etc. His long-term collaborations with orchestras include: Russian State Orchestra, St. Petersburg Philharmonic, St. Petersburg Model Orchestra, Osaka Philharmonic Orchestra, etc. His leading musicians include Pletnev, Yoma Panula, etc. It has attracted great interest from music lovers and music critics. "It is by no means too much of a compliment that the performance largely recalled the recordings of the young Ashkenazy and, to an even greater extent, the unforgettable Dinu Lipatti," the New York concert review (New York music review) wrote after the premiere at Andrei Ivanovich's Carnegie Hall The New York concert review wrote this after Andrei Ivanovich's Carnegie Hall debut.

Andrei Ivanovich has released 15 albums interpreting composers such as Mozart, Debussy, Mussorgsky, Prokofiev, Scheindlin, Rachmaninov, Grieg and, of course, his favorite, Chopin. Some of the album recordings were recommended to the famous portal trading platform, and in 2003 the BBC recorded the world premiere of a piano work by the world conductor Yevgeny Muravinsky, performed by Andrei Ivanovich. 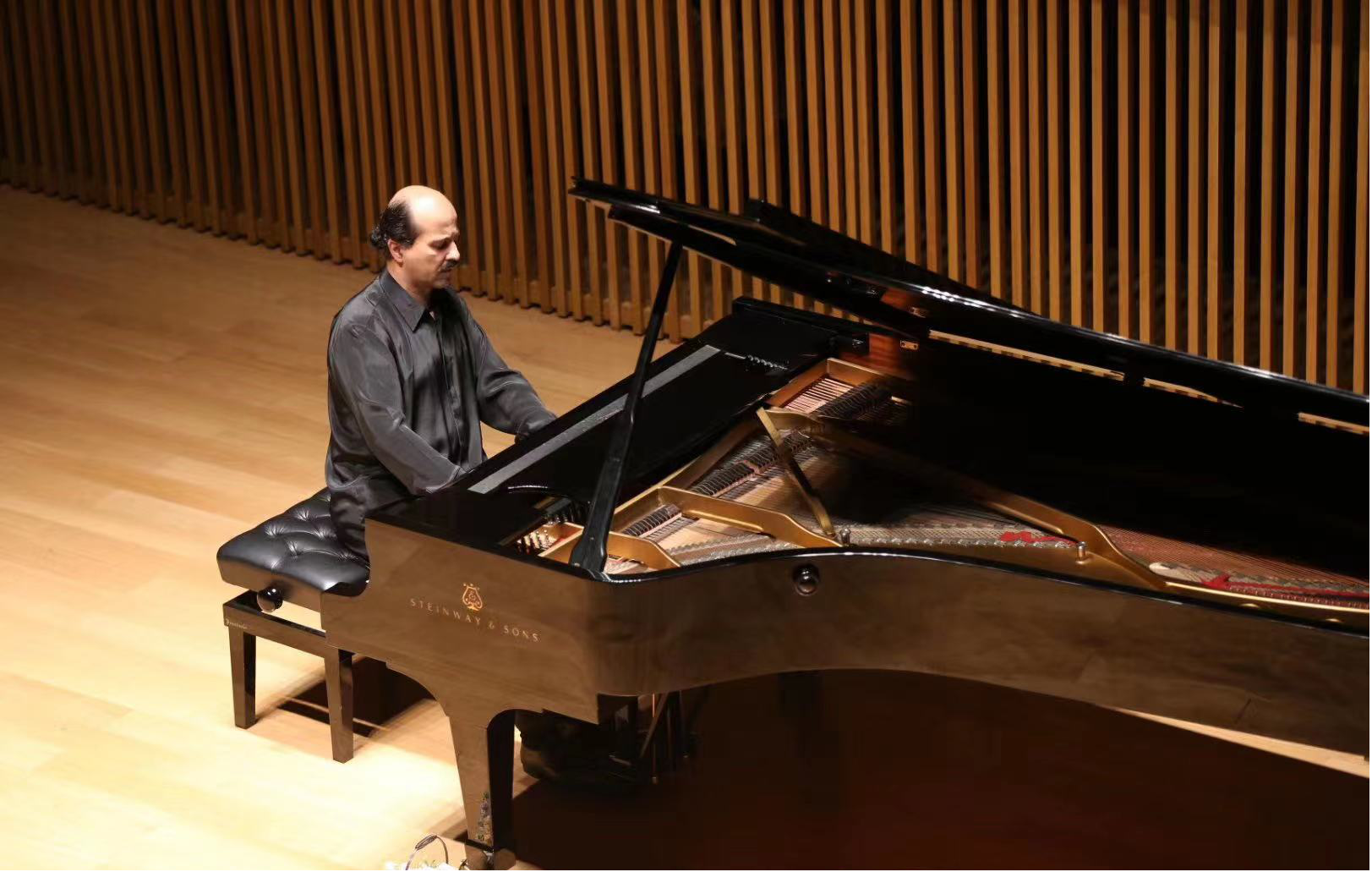 Andrei Ivanovich's artistic vision also extends to the field of cinema: in 2002 the Canadian film Glenn Gould: The Russian Journey and Andrei Ivanovich's interpretation of The Art of Fugue (Bach) were awarded the Grand Prix at the Montreal Film Festival and nominated for the Best Art Film Award. Montreal Film Festival and was nominated for the "Best Artistic Film Award". 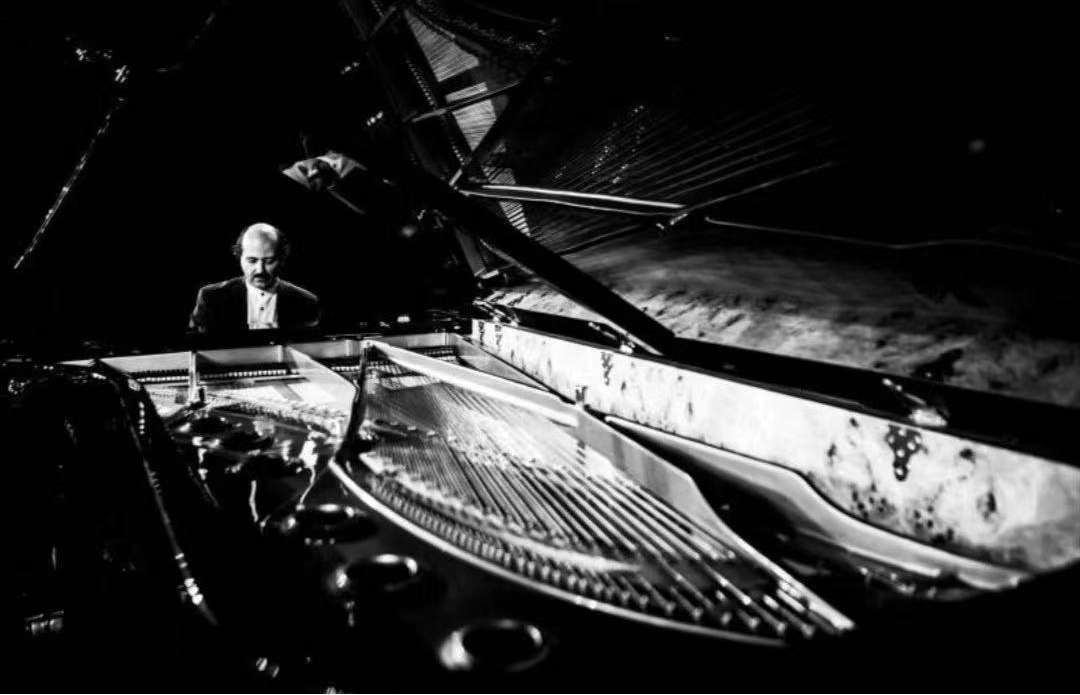 Debussy: Reflections in the water, from“Images”

Debussy: What the West Wind Has Seen, from“Preludes”