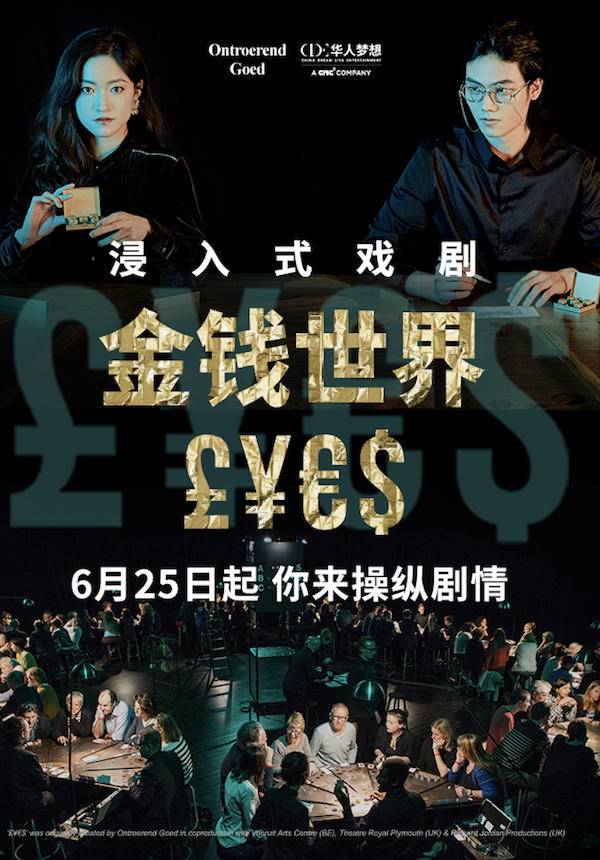 'The best way to rob a bank, is to own one' - William Crawford, Commissioner of the California Department of Savings and Loans

You can read 'lies' in the title, or 'eyes',
or Pound, Yen, Euro and Dollar.
anyhow, whether falsities or currencies, it's about money.

Ontroerend Goed invites you to get under the skin of the well-to-do
the 1%, the super rich
the ones who pull the strings,
the faces we never get to see.

For one night, you can take their chairs.
You call the shots.
You're in the centre of our economic system.
You shape the course.

And who knows, you might make the world a better place,
more fair, more responsible,
because you'll do things differently, for sure.

After the Personal Trilogy (The Smile off your Face, Internal & A Game of You), which tested your self-knowledge one-on-one, and the confrontation with your voting behaviour in Fight Night, Ontroerend Goed aims at what you truly value: Money.

Many experts say that if we realised what money really is, there would be a revolution. The whole system would implode because the trust, which is essential, would melt away like snow in the sun. Ontroerend Goed invites you to get around the table and play the system from within.

P.S. If you come, please take some money. Cash, because we don't trust the pixels on your screen that tell us how much money you supposedly possess.

Since its premier in 2017, £¥€$ has been travelling the globe, enticing audiences with gaming elements, luscious atmosphere and the immersion in the rush of the financial world. It comes as no surprise that remakes have been made in Moscow, Kazachstan, Hong Kong ànd Shangai. In the summer of 2019, Ontoerend Goed performed the French version of £¥€$ for the first time in the official selection of the prestigious Festival d’Avignon. 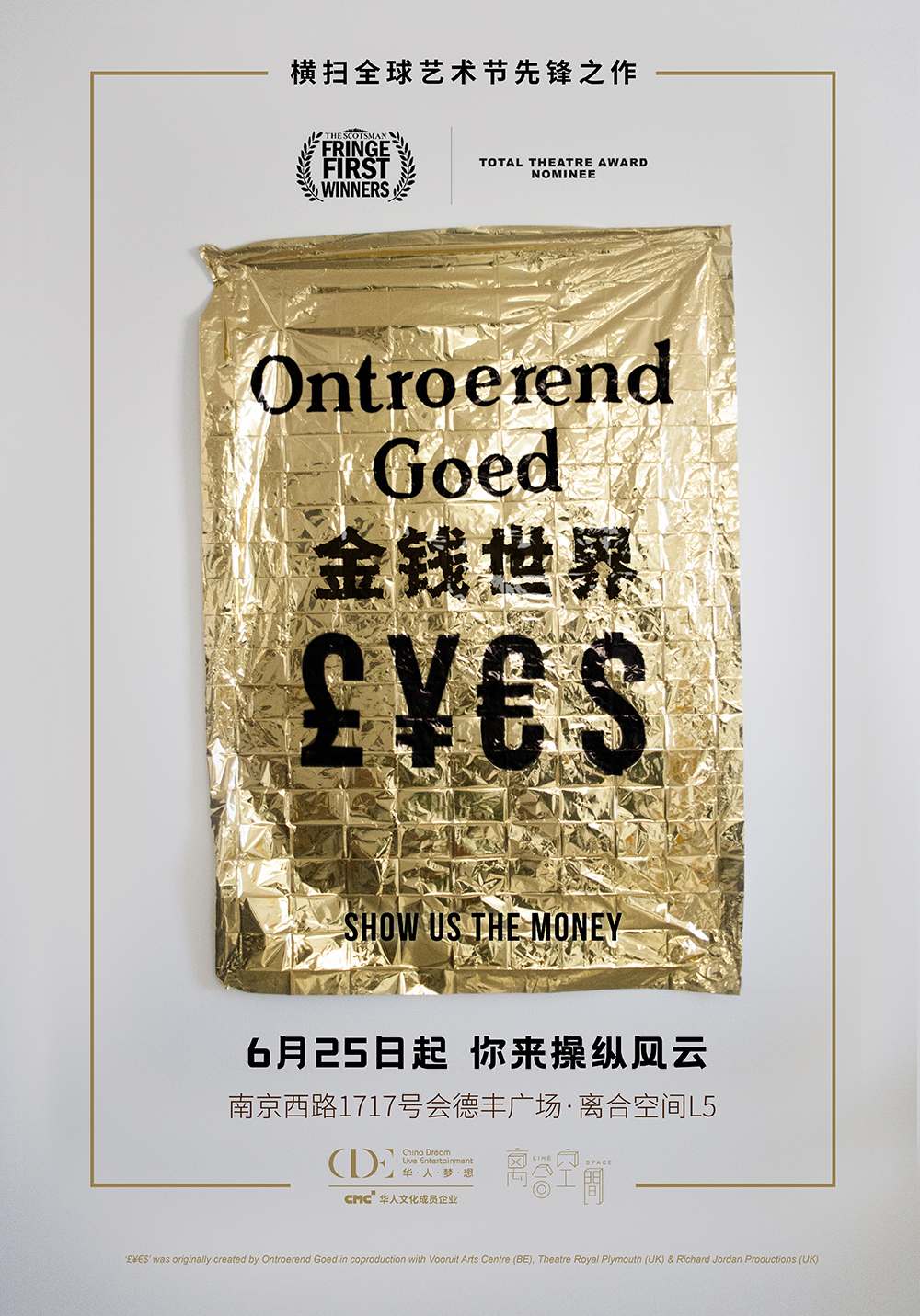 It’s phenomenal how, in less than two hours, £¥€$ succeeds in providing an insight into a complex historical theme like the financialisation of the economy. This in itself is a masterstroke, but the psychological mindfuck lingers even more.

It’s the Belgian company Ontroerend Goed back at its remarkable best, a show that simultaneously reinvents what theatre can be and triggers our emotions in exactly the way the best theatre can do.

You see your fortune grow, you discover the subtleties of investments, you feel yourself becoming one of the masters of the world up to the inevitable grain of sand, under the masterful command of the team of actors for which Alexander Devriendt and his partners in crime called upon French accomplices, who manage to guide the game from start to finish whilst making us totally forget that we’re in the theatre; and putting us, at the end, before the reality of a stock market crash… and our responsibilities in it

What Ontroerend Goed has done with £¥€$ is far more powerful than simply presenting a play about greed and corruption. We can feel the damage done and we have no-one else to blame. It's a lesson for us all.

Under the ever-reliable direction of Alexander Devriendt, this is as polished a performance as you will see in Edinburgh and should be on everyone’s must-see list, especially those of politicians and bankers. 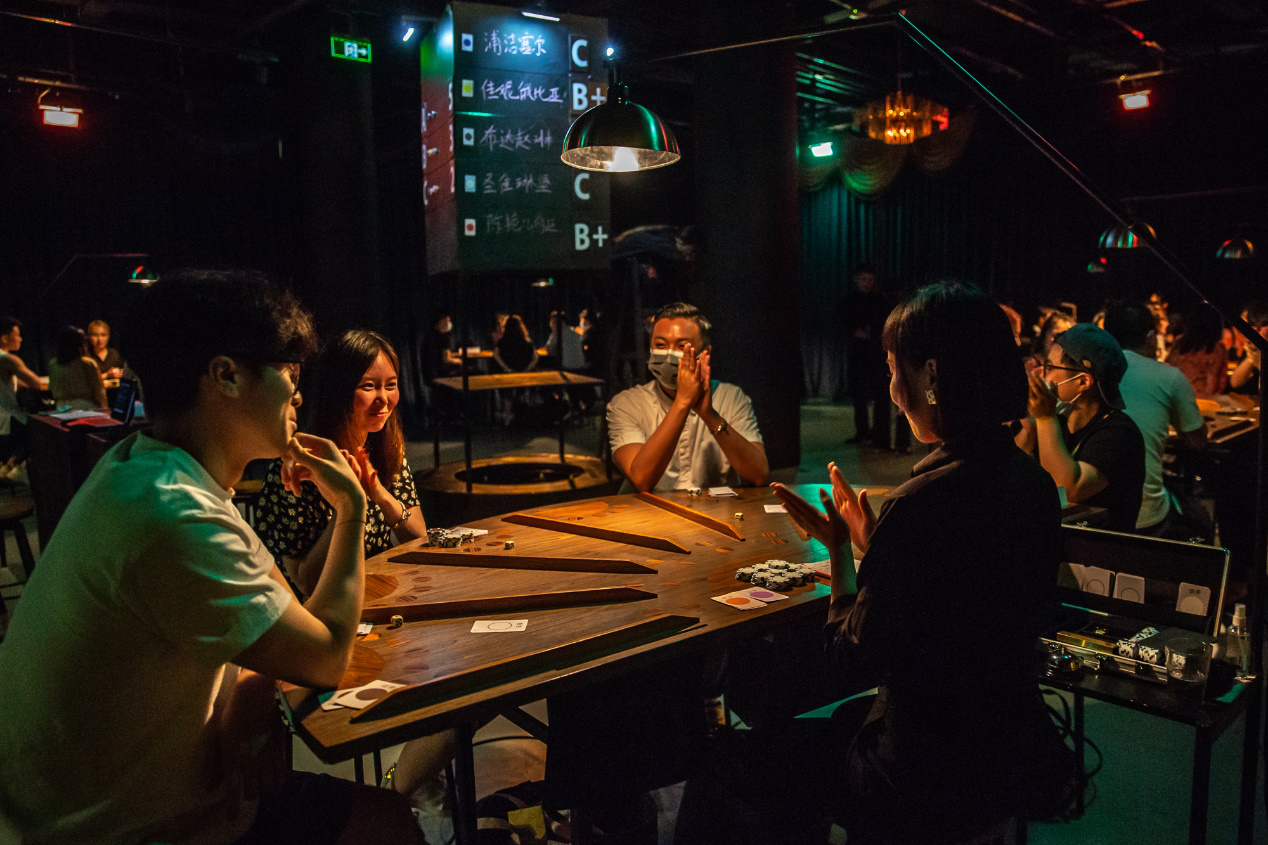 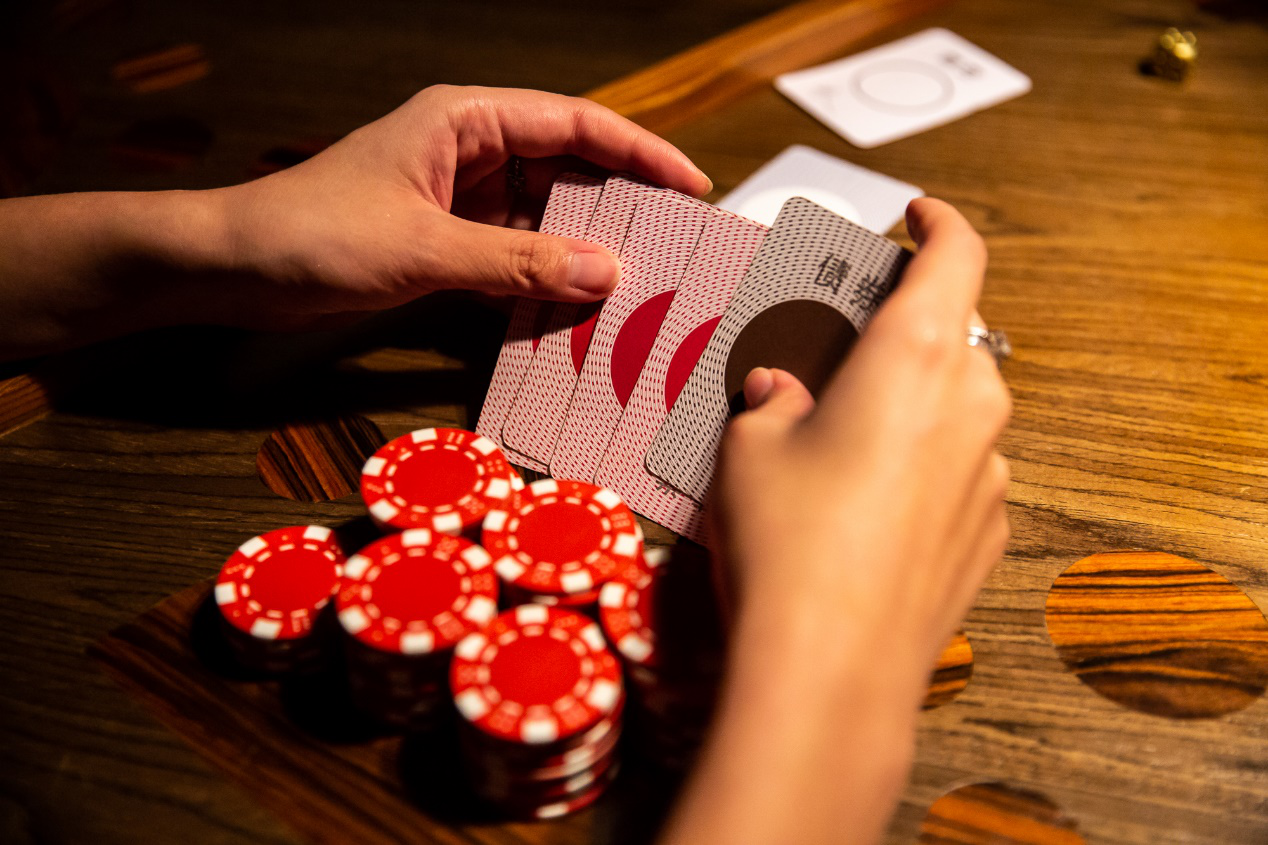 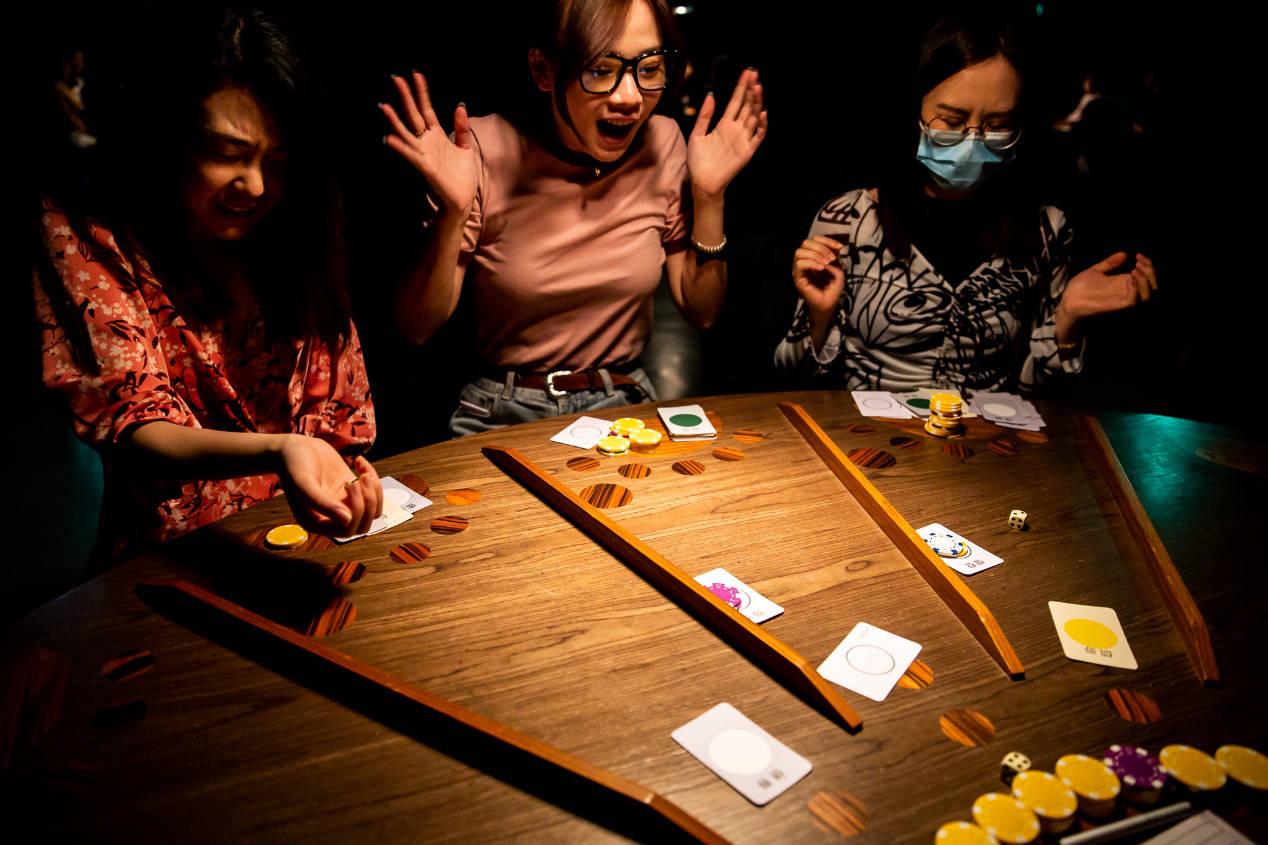 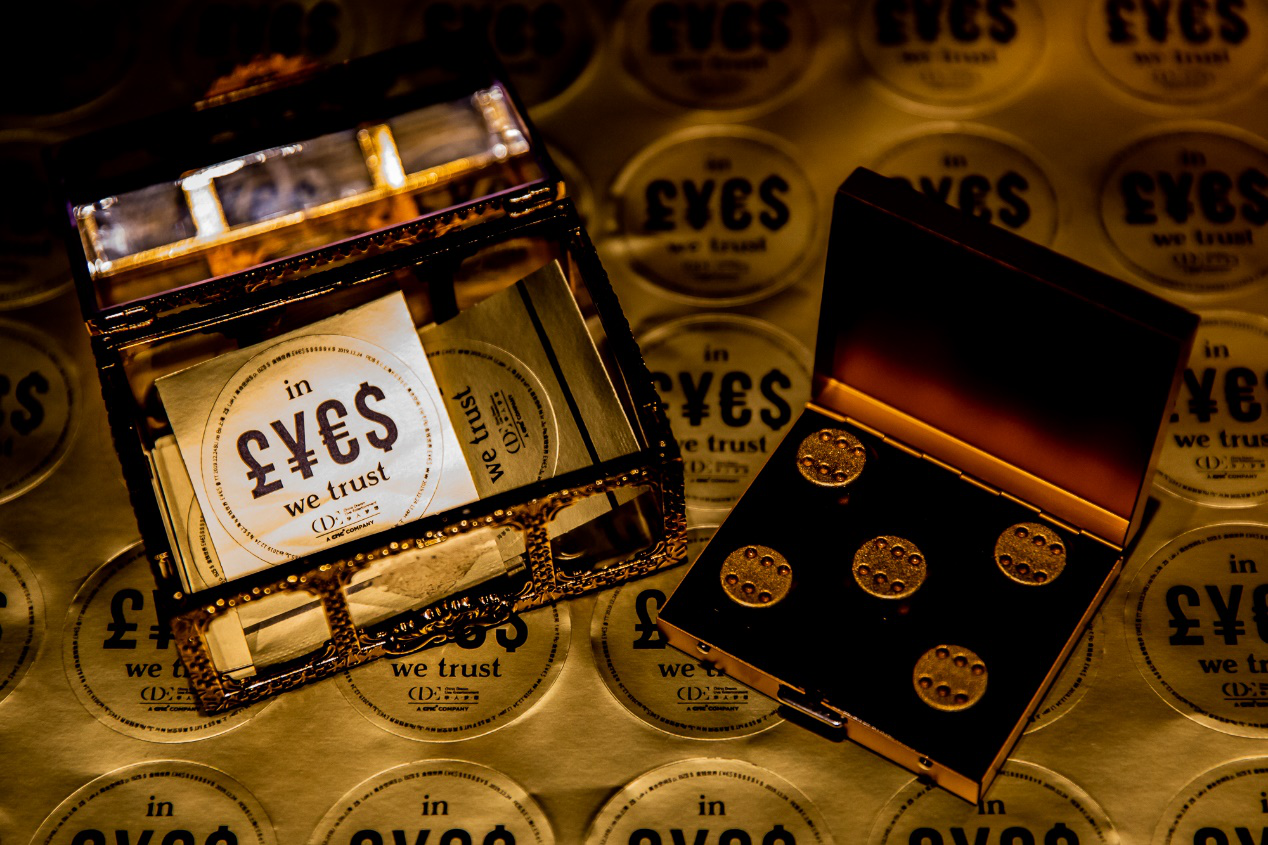 Please arrive 15 minutes before the show starts to avoid queues and to secure your seat.

Children under 1.2m are not allowed into the venue.