Since its staging in 2018, the popular of the dance drama "The Never Ending Radio" ("Radio") has swept across the country, with hard-to-find tickets and great reviews. In 2020, "Radio" broke the performance record of dance drama: 118 performances, 23 cities on tour, and a total distance of 40,106 km across the country in 151 days!

The dance drama on the theme of spy warfare is a long-standing blank area in the dance industry. It is almost an impossible task for dance to express the complex plot, multiple characters and the firm beliefs of revolutionaries with unspoken bodies. Break through the linear structure and let the stage learn to "tell a story". Innovative artistic techniques such as "dance montage", "rewind playback" and "movable scenery" were brought into the dance drama.

Xinmin Evening News once described "Radio" as "a blockbuster movie". Breaking the barrier between memory and reality, the play interprets the contemporary touch of the classic story in a new artistic form. 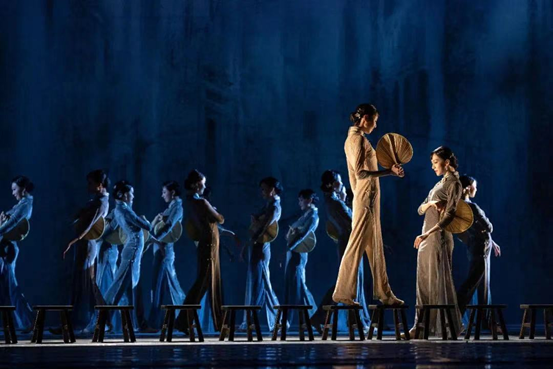 This is the fourth year of "Radio", which also coincides with the 100th anniversary of the founding of the Communist Party of China. The popular of "Radio" is also an expression of the Chinese people's love and remembrance for the revolutionary martyrs.

This is a Chinese revolutionary work, but there is not a single slogan in the whole play, the "beep, beep, beep" sound of radio waves interspersed throughout the scene, churning the revolutionary blood of the audience.

Chen Feihua, director of the Shanghai Opera and Dance Company, said that the details and authenticity were the key to attracting the audience. "When we get every detail right and bring the dance back to real life, we have a power to win fans". Different from other revolutionary war themes, in the description of the hero, "Radio" not only shows the hero's strong faith and courage to die, but also reveals the hero's delicate emotions as an ordinary person through a series of tender moments. Screenwriter Luo Huaizhen said that this is one of the important reasons why this work can move the audience and make them empathize with it. 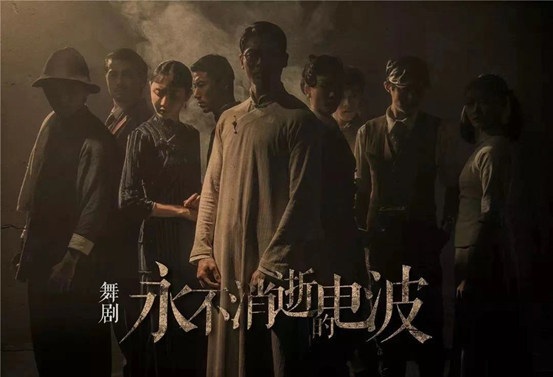 This dance drama is based on Li Bai, one of the "100 heroes and models who made outstanding contributions to the founding of New China", and takes the real story of martyr Li Bai as its material. Through the unique expression of the dance drama, it presents the characteristics of old Shanghai, such as Shikumen, alleyways, roads, newspaper houses and cheongsam tailor stores, on the stage in a detailed way, and recreates the image of the heroes who sacrificed their lives for the cause of national liberation of our Party with highly condensed dance drama narrative, beautiful imagery expression, flexible and realistic stage scenery and the tense suspense of spy war.

The drama is about two hours long, divided into two halves, starting from Li Xia and Lan Fen pretending to be husband and wife to start their infiltration career in Shanghai, for 12 years, they hovered on the edge of life and death, secretly transmitting information by radio waves. Countless spies in Shanghai, they are surrounded by the enemy hiding in the shadows while countless comrades sacrificed heroically. Silent guns, tense chase, the fake couple went through a difficult time together. The revolution is almost successful, but they ushered in a life and death decision. The last telegram was sent frankly, Li Xia smiled at the sacrifice! The long river runs away silently, but only love and faith live forever.