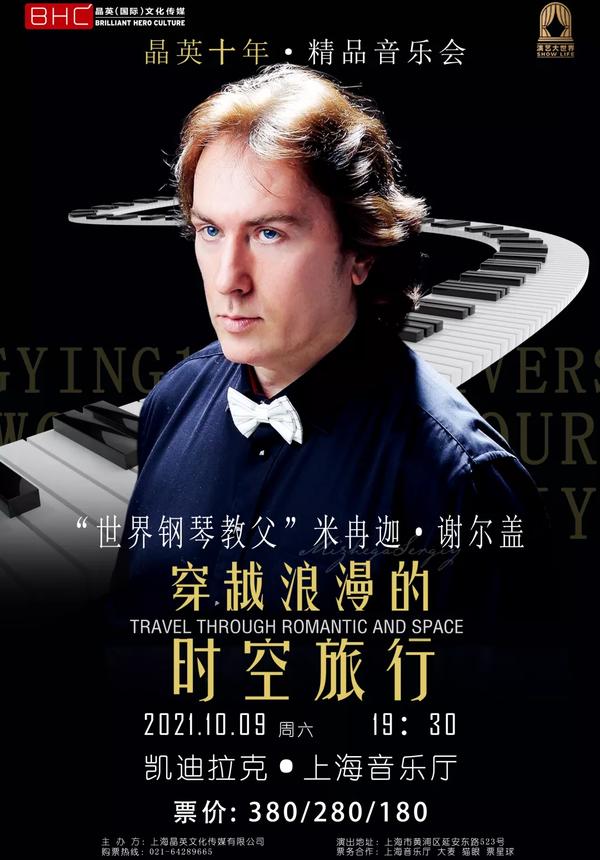 👉 Receive Paper Tickets via Express Delivery
👉 Children Under 1.2m Not Permitted
👉 Each Attendee Require a Ticket
👉 No Cancellation

He is a famous Ukrainian pianist and educator.

He was born in Kiev, the city of heroes, and grew up in a family of piano educators.

He was enrolled in the piano class of M.lisenko Music School (talented youngsters) at the age of 6.

He gave his first concert at the age of 8 in the National Concert Hall of Ukraine.

He won the highest prize of the IBLA International Piano Competition "GRAND PRIZE" in Italy.

He is known as the "Godfather of Piano".

He was awarded a letter of appreciation by the Korean Embassy for his contribution to the piano industry in Korea.

He has performed all over the world.

He is a world class piano virtuoso with a genuine European knight's boot.

He reproduced, passed down and promoted the purest 19th century romantic piano music.

The highest honor of the IBLA International Piano Competition in Italy, the "Master" certificate, signed by dozens of world class musicians. 👇 In recognition of Mr. Sergiy's outstanding contribution to piano education in Korea, the Korean Embassy issued a written honorary citation to Mr. Sergiy. 👇 *The program list is for reference only, the actual track is subject to the performance on the day

2. Please do not bring food, drinks, water, etc. into the venue.

3. Children under 1.2m are not allowed to enter.

4. Please follow the seat number on your ticket and do not change seats during the performance.

5. Please wear a mask from the time you arrive at the theater until the show is over.

6. When entering the theater, please show your GREEN Health Code, and make sure your body temperature does not exceed 37.3°C.

7. Please keep a safe social distance of more than 1m from other audience members and follow the arrangement of the theater staff.