Chromatica is the upcoming sixth studio album by American singer Lady Gaga. Originally scheduled for April 10, 2020, the album's release was delayed to a later 2020 date due to the 2019–20 coronavirus pandemic. Chromatica will serve as a follow-up to Gaga's fifth studio album Joanne (2016), and her first full-length release since the soundtrack album for the film A Star Is Born (2018). 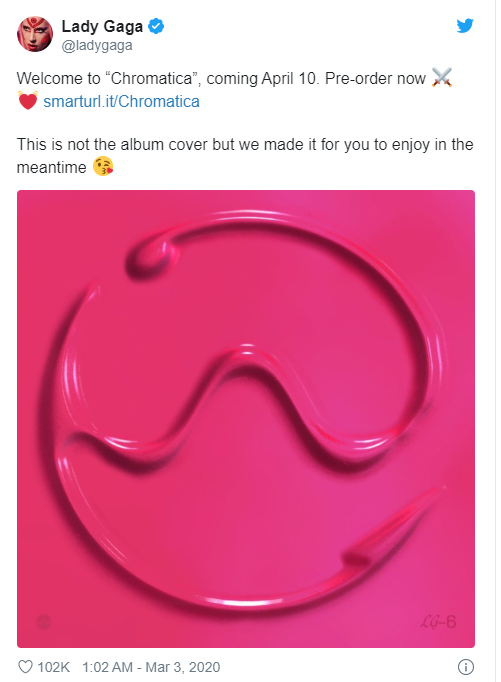