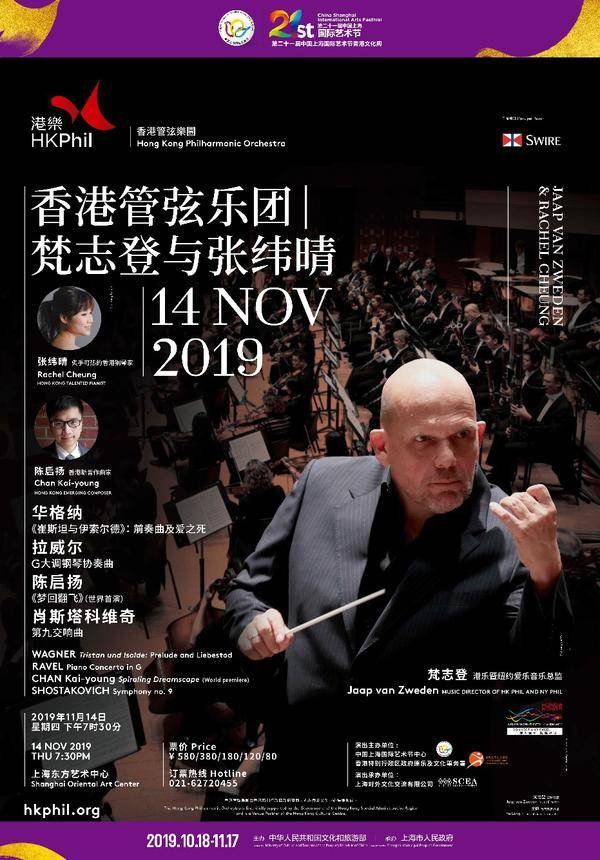 Venue:
Shanghai Oriental Art Center - Concert Hall
425 Dingxiang Road, near Century Avenue Pudong Shanghai
Date:
11/14/2019
This ticket is only available as a paper ticket
After you have joined the waiting list, you will be notified if tickets become available via SMS. 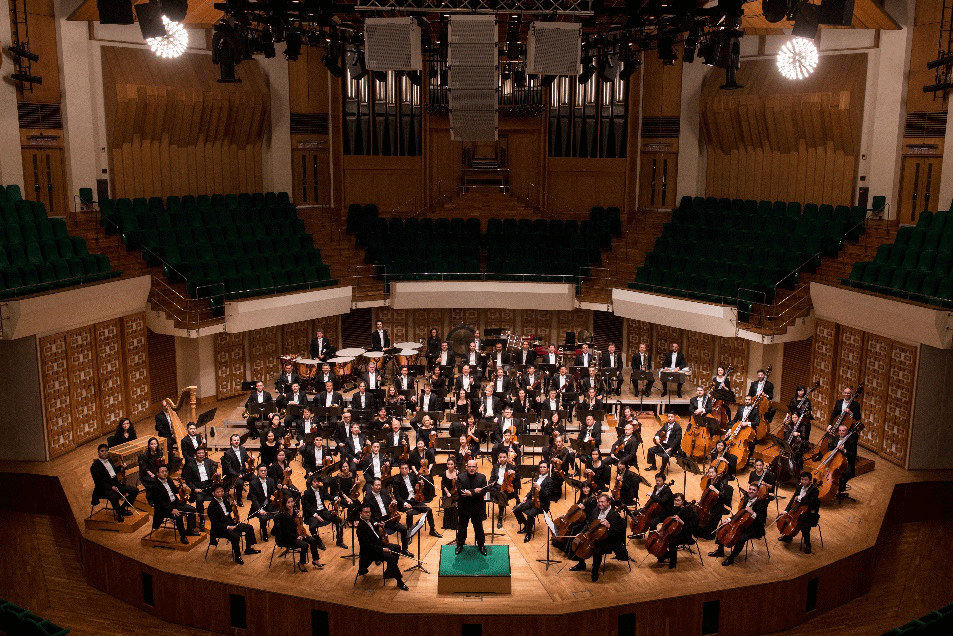 Vision
To inspire through the finest music-making
Mission
To perform music which attracts audiences,
which engages people of all ages,
which our musicians embrace,
which partners wish to support,
which our staff and board believe in,
and which makes Hong Kong proud. 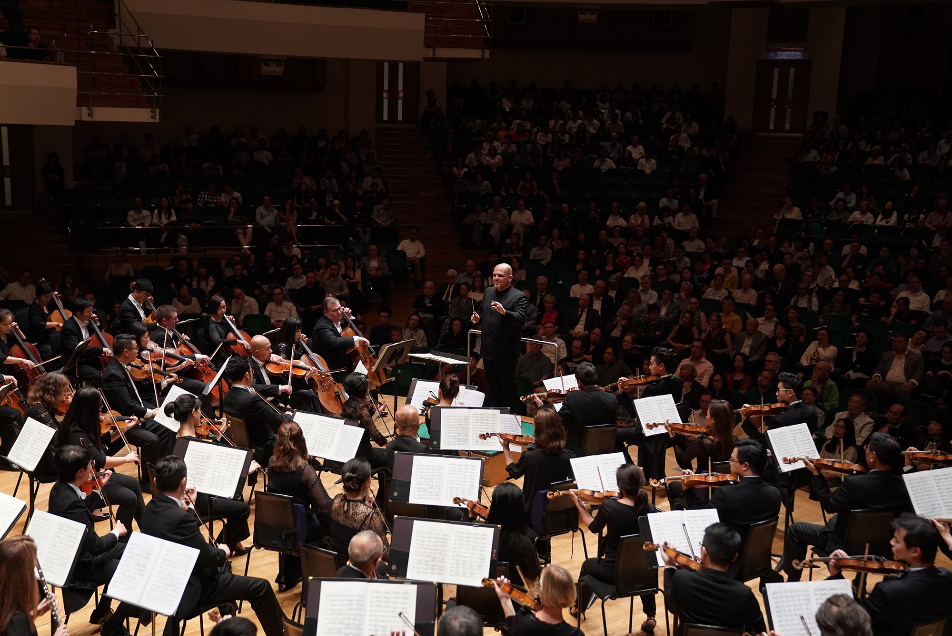 The Hong Kong Philharmonic Orchestra (HK Phil) is recognised as Asia’s foremost classical orchestra. Presenting more than 150 concerts over a 44-week season, the HK Phil attracts more than 200,000 music lovers annually. Recently the HK Phil has been nominated for the prestigious UK classical music magazine Gramophone’s 2019 Orchestra of the Year Award - the first orchestra in Asia to receive this nomination. 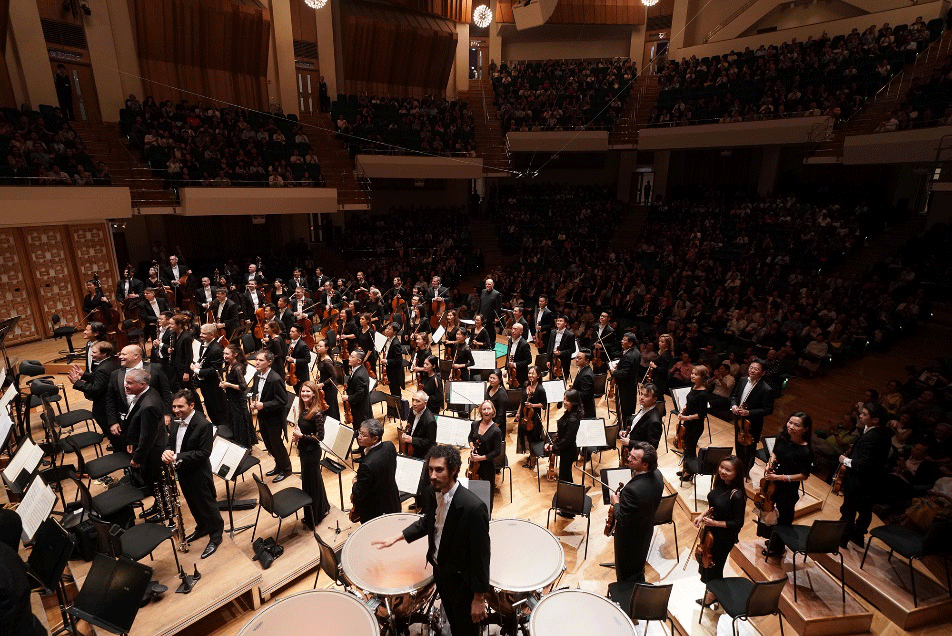 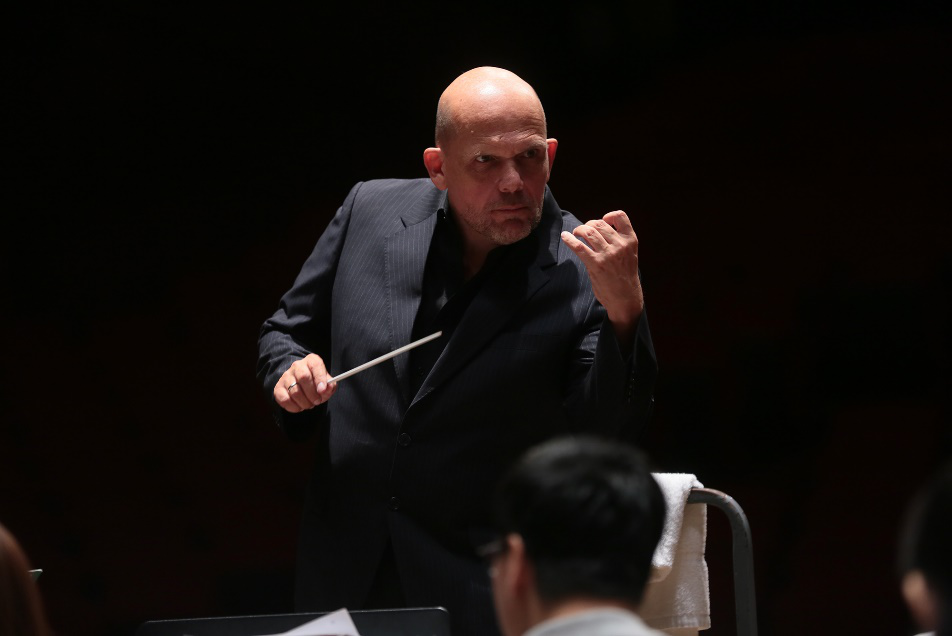 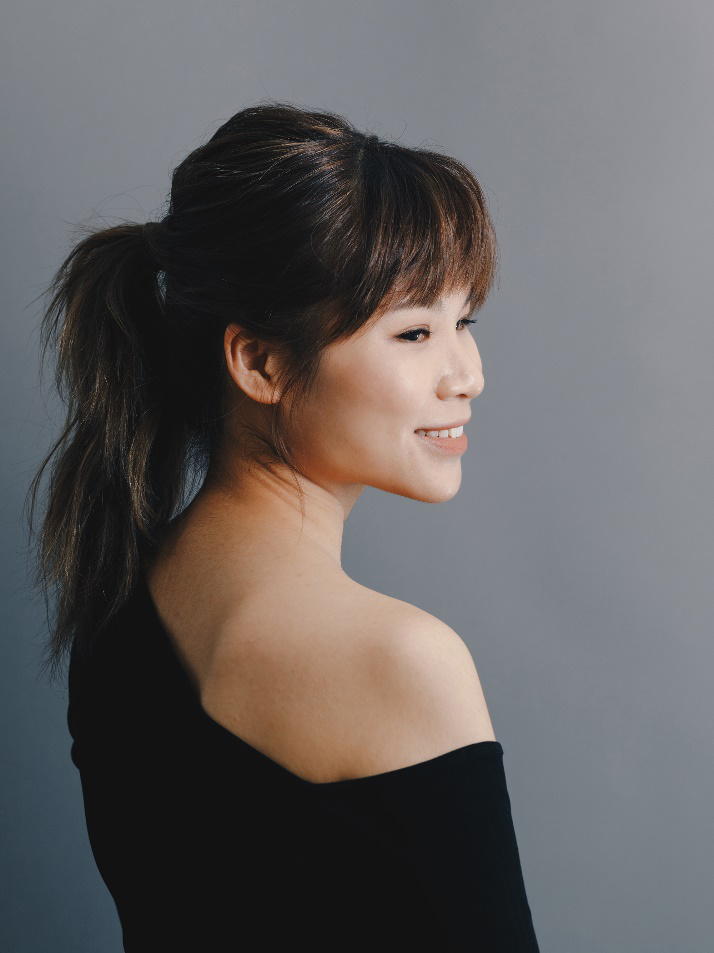 Rachel Cheung
Young Steinway Artist Rachel Cheung has received top honours at numerous prestigious competitions worldwide, most recently in June 2017 she became the winner of the Audience Award and a finalist at the 15th Van Cliburn International Piano Competition in Fort Worth, Texas. She was also a prizewinner at the 16th Leeds, the 28th Alessandro Casagrande and the 67th Geneva international piano competitions.
Cheung has collaborated with renowned orchestras including the Halle Orchestra under Sir Mark Elder, Sydney Symphony under Vladimir Ashkenazy, the London Chamber Orchestra with Christopher Warren-Green, the Fort Worth Symphony Orchestra with Nicholas McGegan and Leonard Slatkin, and the Verbier Festival Chamber Orchestra with Gábor Takács-Nagy.
She also conducted and played concerto with the Orchestre de chambre de Paris at the Play-Direct Academy led by Stephen Kovacevich, where she was also awarded the Prix du Jury at the closing concert.
Program
1. WAGNER | Tristan und Isolde: Prelude and Liebestod
2. RAVEL | Piano Concerto in G
3. CHAN Kai-young | Spiraling Dreamscape (World Premiere)
4. SHOSTAKOVICH | Symphony no. 9

Venue:
Shanghai Oriental Art Center - Concert Hall
425 Dingxiang Road, near Century Avenue Pudong Shanghai
Date:
11/14/2019
This ticket is only available as a paper ticket
After you have joined the waiting list, you will be notified if tickets become available via SMS.