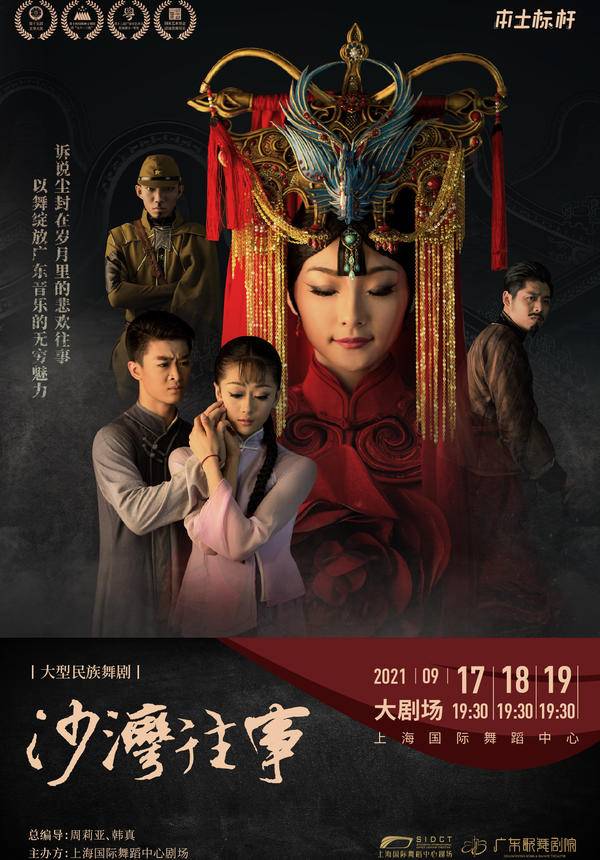 The dance drama of the 15th Wenhua Grand Prize debuts in Shanghai
The masterpiece of ZHOU Liya & HAN Zhen, choreographers and directors of Dance Drama "The Eternal Wave"
Reproduction of the majestic epic of Lingnan culture by the top-notch creative team
Listen！Who is telling the stories sealed in the years, full of sorrow and joy
Watch！The infinite glamour of the Cantonese music, casted by the folk dance drama The dance drama "Dragon Boat Racing" is a dance drama with both national and modern temperament, which perfectly integrates Chinese dance and contemporary dance, telling the story of music with body movements, showing the story of life with music, and demonstrating the history and reality with life. Such dancing language is silent poetry and visible emotion. In nearly two-hour performance, the first act tells the "small love" of personal fate and emotional entanglement with delicate movements, while in the second act, with the background of fighting against enemies, the musicians use music to vent the "big love" of full grief and anger. The audience can be happy or sad, worried or angry with the development of the music and the plot, which is in perfect harmony with the performance of the dancers on stage. 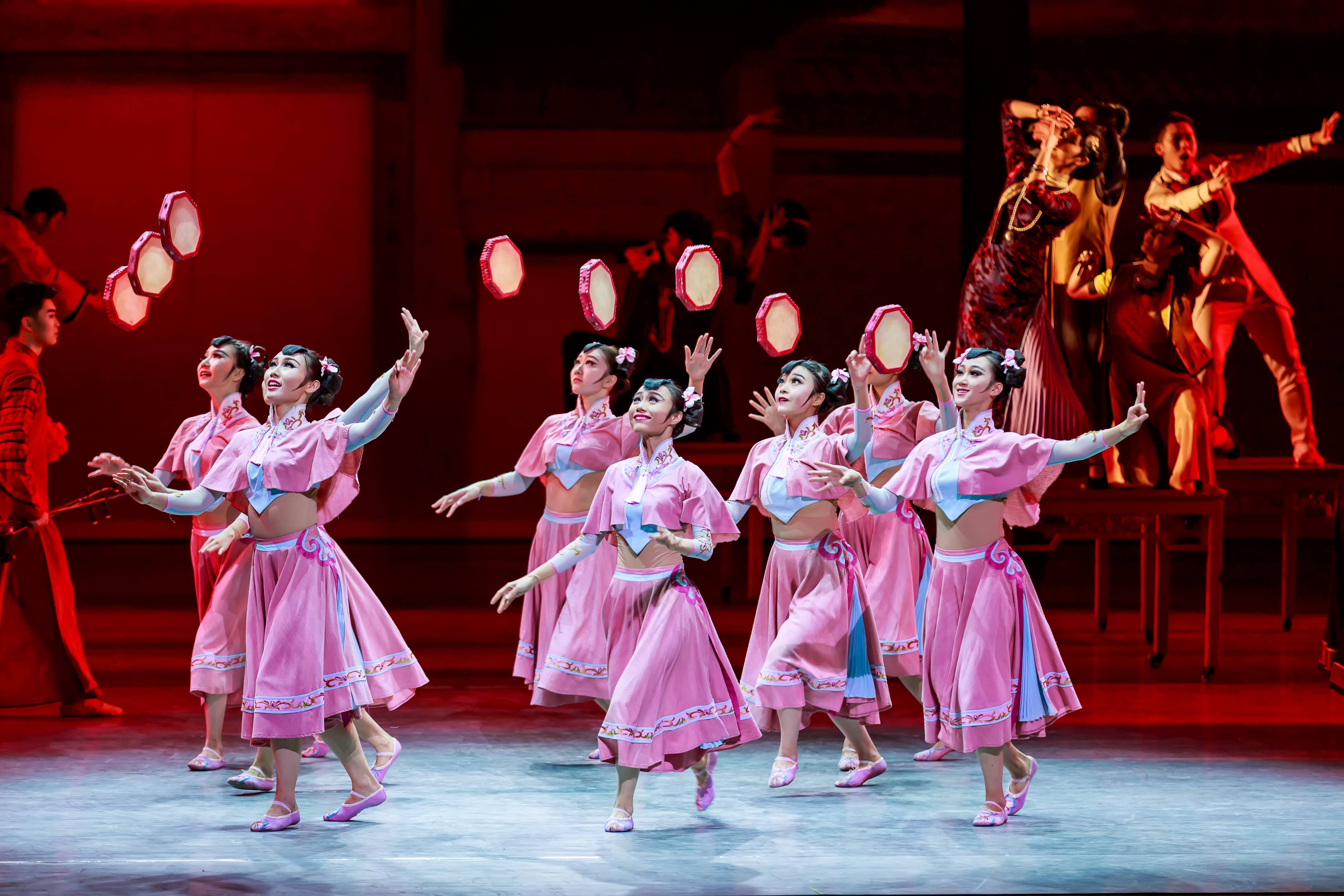 The masterpiece of ZHOU Liya and HAN Zhen, who are the choreographers and directors of "The Eternal Wave"
Together with the top-notch production team to reproduce the majestic epic of the Lingnan culture

Taking the ancient town of Shawan in Panyu, Guangzhou as background, the dance drama tells the story of the Guangdong province and the sentiment of local musicians. It digs deep into the architecture, customs and humanistic features of Lingnan region in various aspects such as music, choreography and characters to show the unique culture that Guangdong boasts.

The dance props are inspired by many local elements, such as the five specific musical instruments in Cantonese music, Yingge sticks, dragon boat drums, etc. The stage design also restores cultural symbols like Shawan clay sculptures, tile carvings and so on. There are also Cantonese opera, Chinese Southern Lion show, etc. The whole presentation of the dance drama is about the Lingnan culture, which has been expressed beautifully and thoroughly. 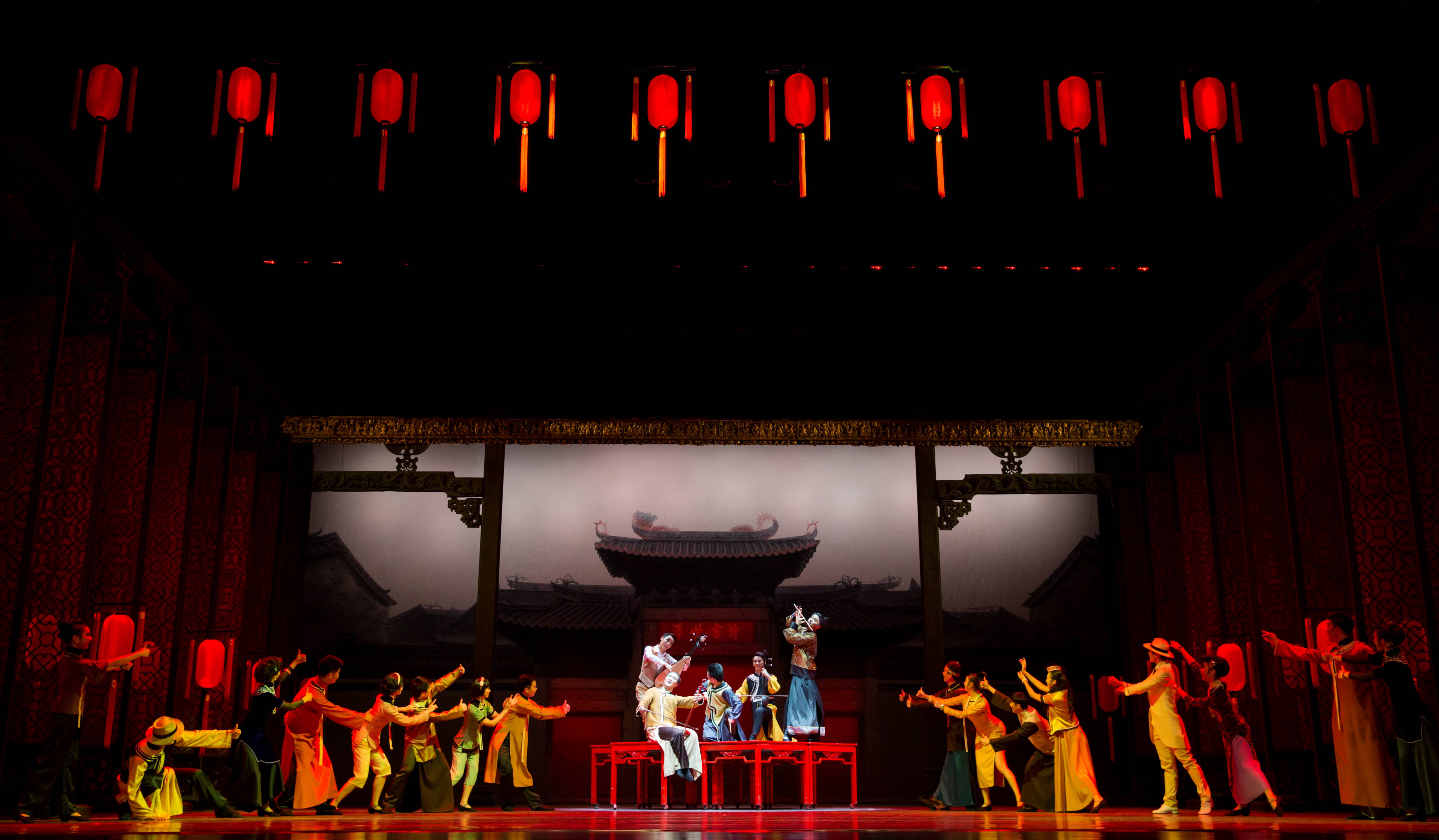 The preparation of the dance drama “Dragon Boat Racing” was started in June 2013. The creative team includes TANG Dong, screenwriter, DU Ming, composer, ZHOU Liya and HAN Zhen, choreographers and directors, QIN Liyun, designer of the stage art and other members and dancers, bringing together lots of well-known and top-notch talents in China.

Nian, is a leading inheritor of Dragon Boat Racing. He is a traditional Confucian scholar and also a valiant idealistic modern man. He possesses great talent and is highly skilled at playing Gaohu. He is in love with Xu Chunling(Ling).

Ling, is a classmate and good friend of He Shaoyan(Yan). Born in an aristocratic musical family, she has an exceptional music education. She is a modern woman, who believes in free and romantic love, and adores Nian greatly.

Yan, is Nian’s younger male cousin. He is open and bright and a product of the new ideological trend at the time. He excels in pipa (4-stringed Chinese lute). He collaborated with Nian to rearrange Dragon Boat Racing and is secretly in love with Ling.

Ying, a foot-binding woman, is in an arranged marriage with Nian. She possesses all the traditional Chinese virtues and is wholeheartedly devoted to Nian. She does not know music and is incapable of connecting with Nian spiritually.

Xu Chunling’s father, is a man of emulative character. He is a traditional Cantonese musician and highly respected in Shawan.

A high-ranking officer of the Japanese invasion army, is a Chinese music aficionado and a collector of precious musical instruments. Guangdong Song&Dance Theater is a state-owned professional art performance group directly under the Department of Culture and Tourism of Guangdong Province, formerly known as the South China Cultural Troupe, which was established in July 1949. The ensemble has several functional departments such as dance troupe, opera troupe and stage production center.

The ensemble has created and rehearsed dance dramas like "The Torch of Prairie", "King of Nanyue Kingdom", "The Red Cotton", "The Evening Breeze on the Arcade", "Dragon Boat Racing" and "Countryside", dances such as "The Rain Beating on the Banana", "The Luxuriant Pavilion", "To My Wife" and "The Blue Defensive Line", as well as musicals such as "Goodbye, 1990" and the scene concert "The Story of Time", all of which are influential artistic masterpieces nationwide. It has won the Wenhua Award, Wenhua Grand Prize and Wenhua Grand Prize Special Award of the Ministry of Culture, as well as the "Five-One Project" Award of the Publicity Department of the CPC, the "Five-One Project" Award of Guangdong Province, the Grand Prize of the National Dance Drama Performance Award, the Gold Award of the National Dance Competition, the Gold Award of the Chinese Dance "Lotus Award", the Special Award of the Guangdong International Arts Festival, the Special Award of the International Delphic Games, the Gold Award of the CCTV TV Grand Prix, the First Prize of the Guangdong Arts Festival, the Lu Xun Literature and Art Award of Guangdong province, etc. The projects created and rehearsed by Guangdong Song&Dance Theater have been recognized and supported by China National Arts Fund for many years in a row.

3. Entering time: The audience can start to enter the auditorium 60 minutes before the performance starts.

4. Validation: Please walk pass the gate in turn at the main entrance to have your Shanghai QR code checked and temperature measured. Please wear a face mask to enter the theater.