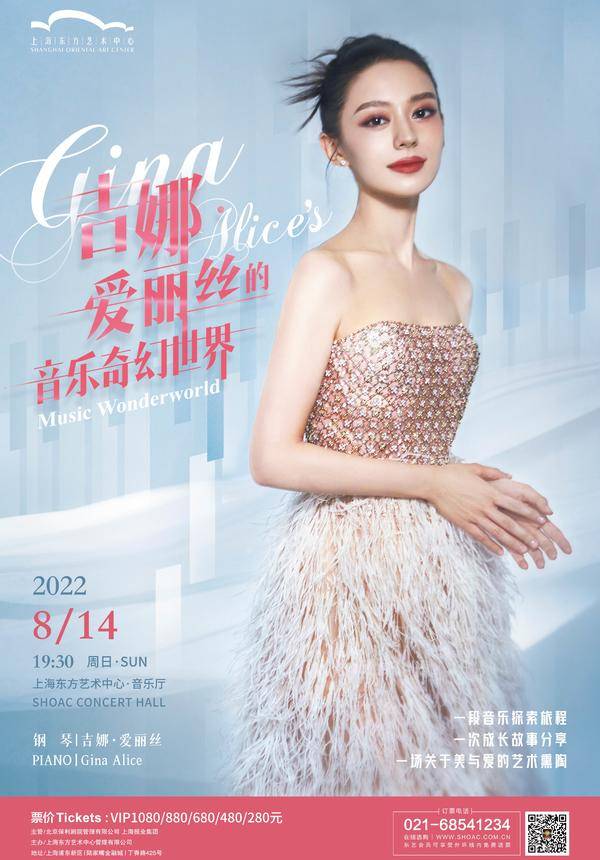 A growth story, sharing an artistic edification of beauty and love

The Dance of Waterweeds Gina Alice was born in Wiesbaden, Germany,and began taking piano lessons at the age of four.

She gave her first public performance four years later,and went on to win a series of accolades at prestigious competitions,including first prizes at “Jugend musiziert”and the Wiesbaden International Piano Competition when she was ten.

At seventeen,she performed with the Deutsches Symphonie-Orchester Berlin at the Berlin Philharmonie and was invited to return to the legendary hall soon afterwards.

She continued her studies with the renowned pianist and teacher Gary Graffman and at Hamburg’s Hochschule für Musik und Theater.

Since graduating,she has worked with several orchestras in China,including the Shenzhen Symphony and Guangzhou Symphony orchestras,while in 2016, she mesmerised the audience present at her debut recital at the Klavier-Festival Ruhr,one of the world’s most prestigious piano festivals.

In 2022 March,Gina joined World Sleep Day project and released EP <Under The Stars> healing the world with 9 other musicians and their separate EPs.