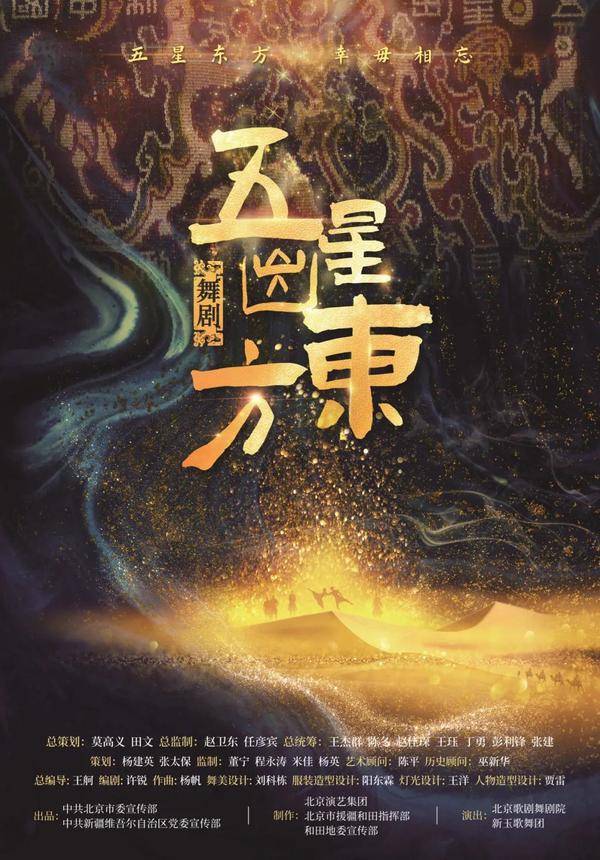 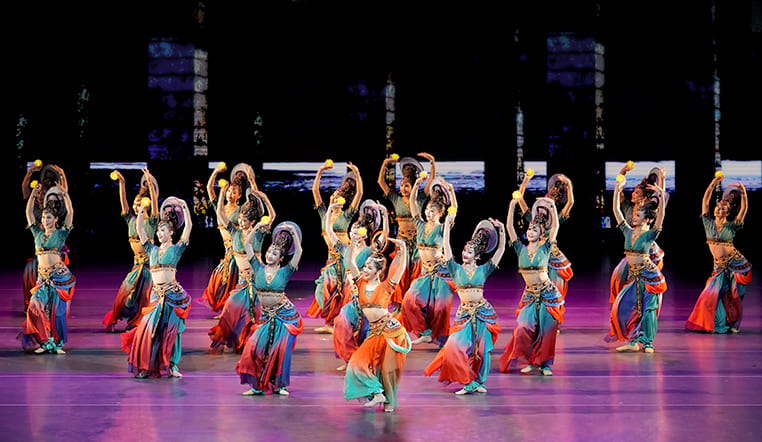 The play is based on the Five Stars Out of the East Chinese brocade arm guard unearthed at the Nia site in Hotan, Xinjiang, and tells the moving story of the relationship between Feng, a Han Dynasty garrison general, and Jiante, the son of the chief of the Northerners, and Chunjun, the daughter of the chief of the Jingjue, in the ancient city of Jingjue, from saber-rattling to working side by side, from not knowing each other to deeply identifying, and forming a deep friendship, interpreting that people of all ethnic groups "cling together like pomegranate seeds The theme of the people of all ethnic groups "clinging together like pomegranate seeds" and forming a community of destiny for the Chinese nation. 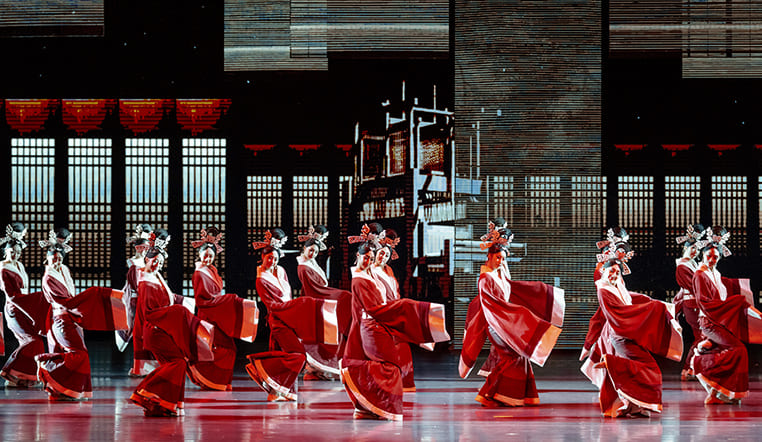 When the brocade arm guard of "Five Stars from the East to Benefit China" reappears from the yellow sand, it seems to knock on the door of time and space in the western region for a thousand years ......

A storm came out of nowhere, the Han Dynasty garrison general Feng, the son of the chief of the Northmen, Jiante, and the daughter of the chief of the Jingjie, Chunjun, met in the ancient city of Jingjie deep in the desert. The sand and wind sharpened, several changes, true love let them open their hearts, friendship let them watch out for each other, blood let them live and die together. Bong gone, he guarded the western region of a piece of sincerity, as his body of tapestry armor glittering, word a thousand words. But this land will always be there, the people of all races form a community of destiny, looking up to the five stars shining, the heart to the East.