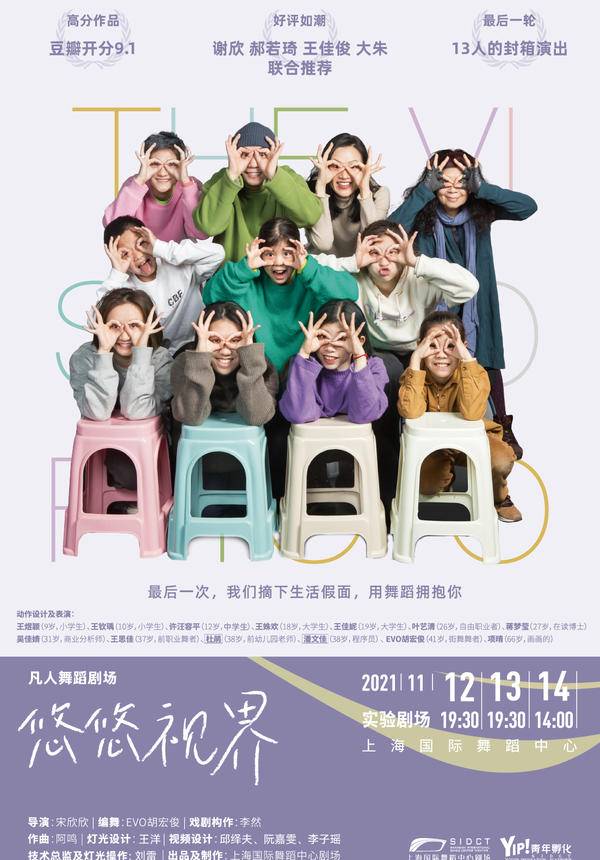 👉 Paper Ticket Delivery
👉 Each Attendee Require a Ticket
👉 No Cancellation

Rated 9.1/10 on Douban, The Vision of Yoyo was exceptionally well-received when it met the audience for the first time.

Where an 8-year-old girl meets a 66-year-old madam,

Where a scholar under doctoral program meets primary students,

For the last time, they peel off the masquerade of life, and embrace you with their most candid self. 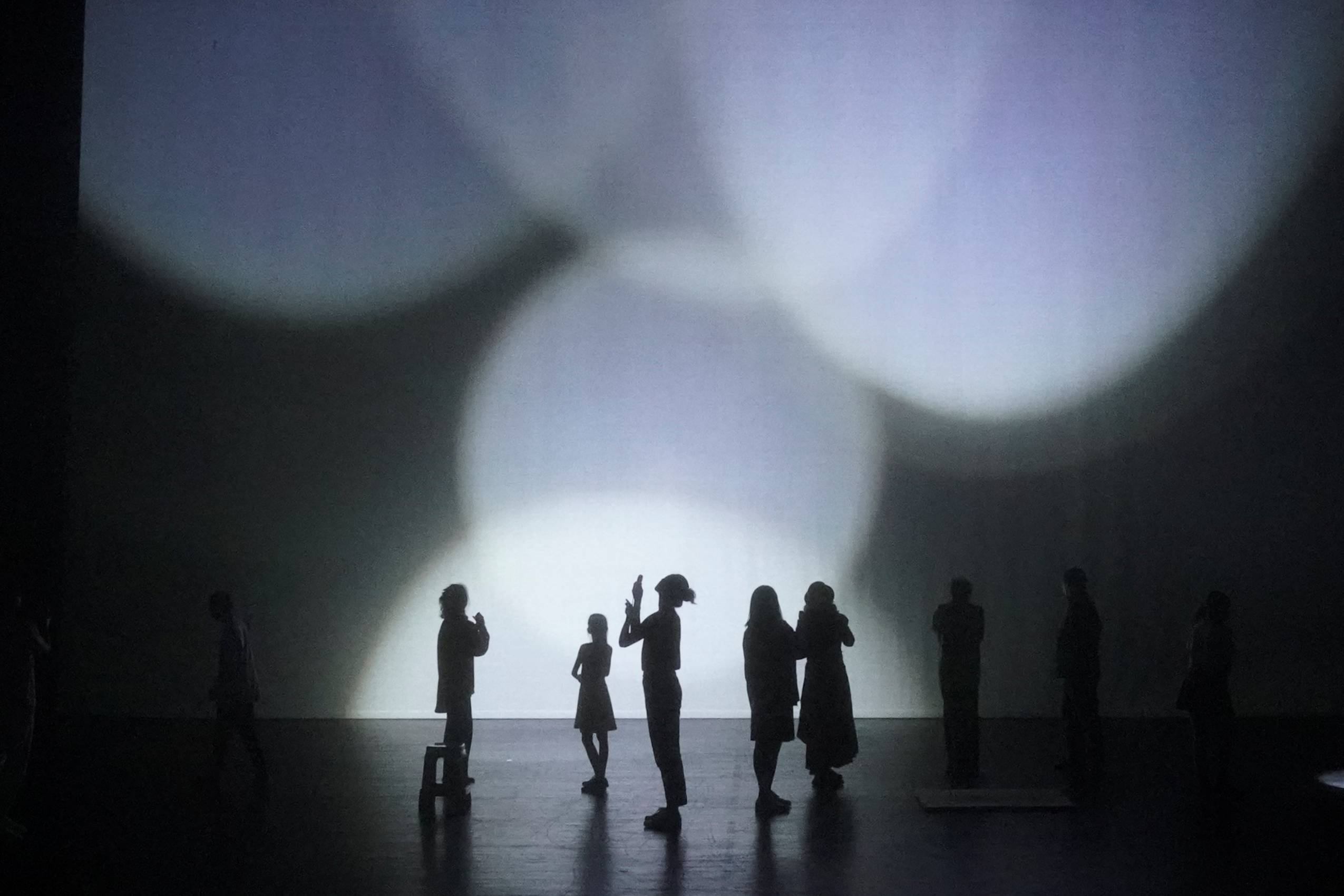 About The Vision of Yoyo

“It allows us to look at the stage and dancers from another angle. I want to see it all over again and go through their stories. I feel healed.”— XIE Xin, dancer and choreographer

“It was very touching. I cried and thought about a lot of things. What I didn’t get to see in my life are all here in this piece.”— HAO Ruoqi, dancer

“The beauty of dance is never evaluated by its artistic achievements or the level of difficulty in its techniques. It comes from the heart. The candidness. They all have their reasons to dance. We are too busy living our life. We should sometimes slow down and try to really feel the things that are happening around us.”— WANG Jiajun, dancer

“What I see in their eyes are the things I have lost. So genuine and pure. I wish all modern and independent dancers and choreographers can come and see this piece of work.”—ZHU Fengwei, dancer

In this work, we have seen praises, applause and tears.

After 8 months of rehearsal, the dance theater of The Vision of Yoyo finally met the audience in May 2021. Its debut won an exceptionally high rating of 9.1/10 on Douban. Here are some comments from the audience:

“I can feel the innocence and compassion of the choreographer, and it marvels me.”

“I really admire every dancer on the stage.”

“This was beyond my imagination.”

“It couldn’t be better.”

“It tore down the wall between the amateur and the professional.”

They are just thirteen normal people from different walks of life, but they overwhelmed the audience with their “imperfect” dancing.

As they are about to return to their own tracks of life, they have decided to come back again for the last time. On 12-14 November 2021, they are back here again to peel off the masquerade of life and embrace you with their genuine selves. 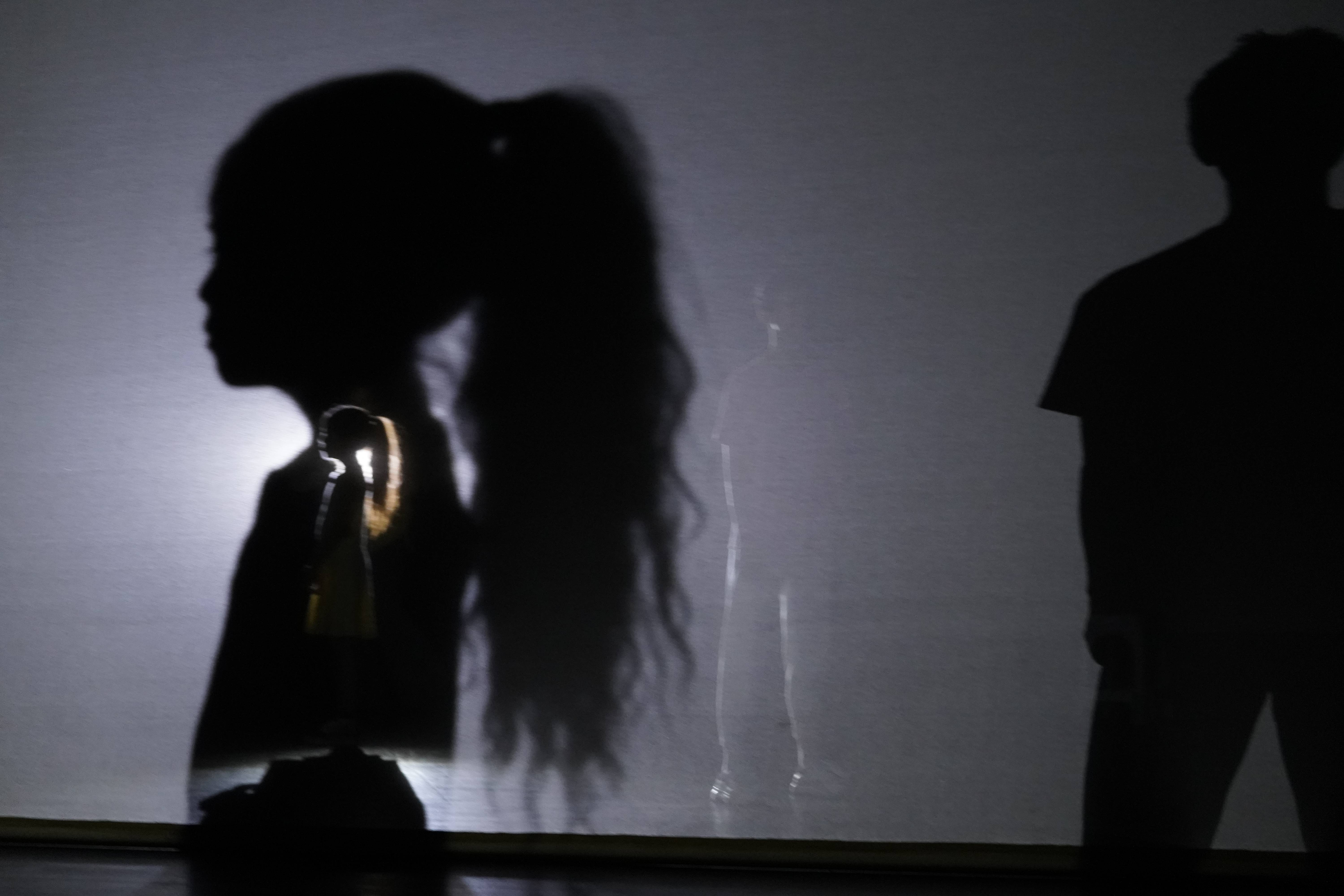 In this work, we present the real life.

The Vision of Yoyo is a dance theater performed by amateur dancers who are from all walks of life. The dancers dance for nobody but themselves. They tell the most candid stories of themselves, of life, with the most sincere bodies. With lives struggling through the upheavals of 2020, The Vision of Yoyo wishes to shed some light onto the physical and mental condition of individuals in the form of Dance Theater. In this work, we cure life with dance.

In March 2020, SIDCT launched a series of online dance courses when the theatre was closed due to the outbreak. Among all the participants, WU Yo, an 11-year-old boy, attracted us with his dance. After getting to know him, we found out that Yo comes from Wuhan, that her mother is a medical worker, and that dancing was the one thing that filled his life during the lockdown. Yoyo’s love for dance and life inspired us to find more people who are as lively and enthusiastic about dance and life as him. This was how the idea of The Vision of Yoyo was conceived. Having received over 100 applications from dance lovers, we had a hard time making decisions. Eventually, a team of thirteen distinctive personalities was formed. They scrutinize the reality and concern for the present. They seek to express as they explore the interaction between body and life. 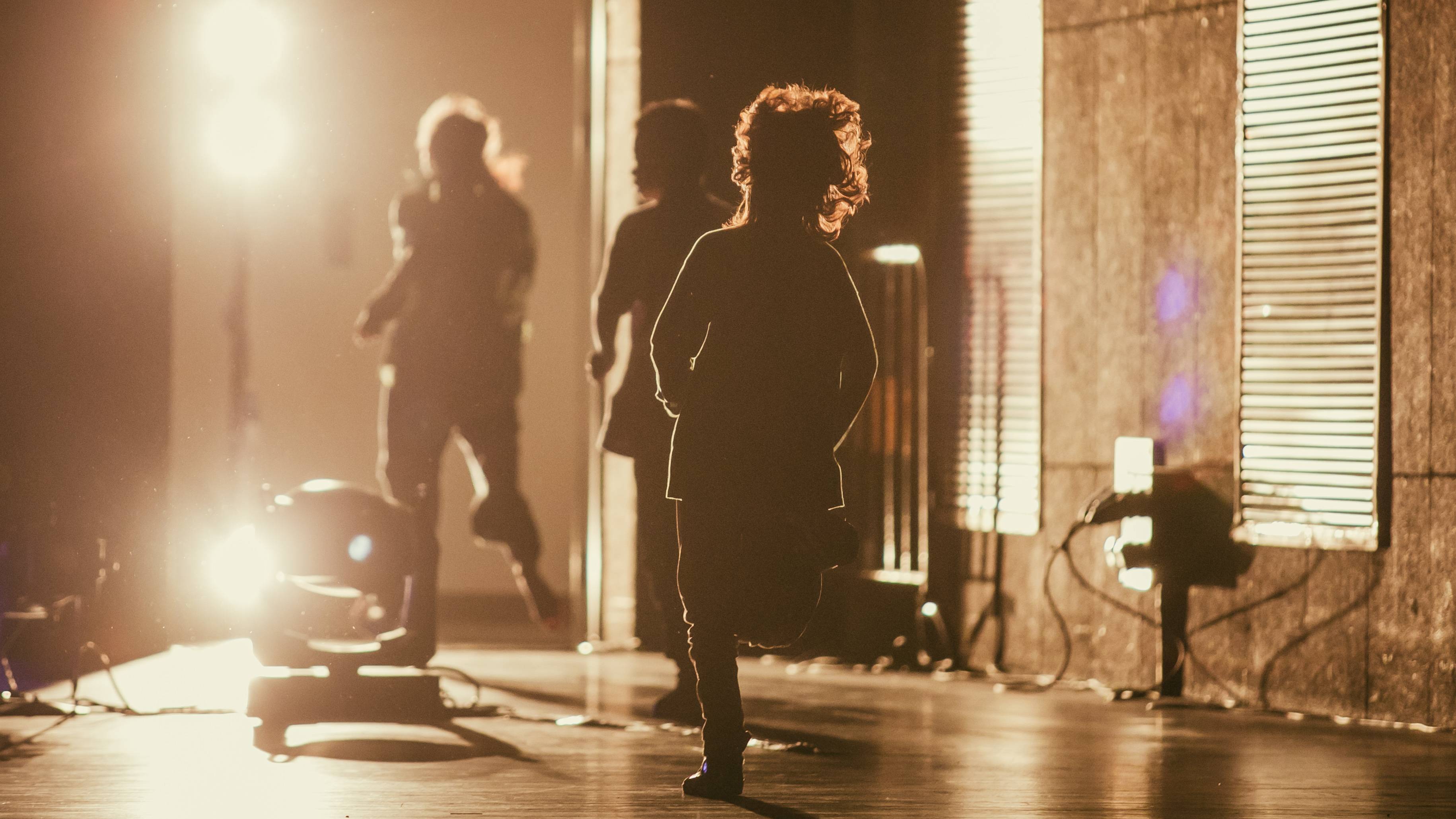 WANG Yuying, 8-year-old, is a primary school student. She is the younger sister of the Harbin siblings. She is dubbed as the little "Pina Bausch".

WANG Qinyu, 10-year-old, is a primary school student. He is the elder brother of the Harbin siblings. He is dubbed as the little "Michael Jackson".

XU Wangrongping is a 12-year-old six-grade student. He loves street dance, but when he is free, you always spot him taking online classes.

WANG Shuhuan, 17-year-old, is a sophomore student. She discovered another world through The Vision of Yoyo.

WANG Jiani, 18-year-old, is also a sophomore student. After learning dancing for 8 years, she is now re-understanding what dance is.

YE Yiqing, 25-year-old, is a freelancer. She knows a little about dancing and cooking and is a newcomer to the city of Shanghai

WU Jiajing, 31-year-old, is a business analysist working diligently for an Internet giant.

WANG Sijia, 38-year-old, is a former professional dancer. She wishes to return to the initial stage where her story began.

PAN Wenjia, 38-year-old, was a programmer and also a culture-and-arts-lover who always acted in a quiet and gentle manner.

HU Hongjun (EVO), 40-year-old, is a professional dancer of street dance. Besides dancing, he is also pretty keen on practicing tea ceremony and raising flowers.

XIANG Qing, 66-year-old, is a painter. Ever since she was little, she has had the bravery to go against the tide. 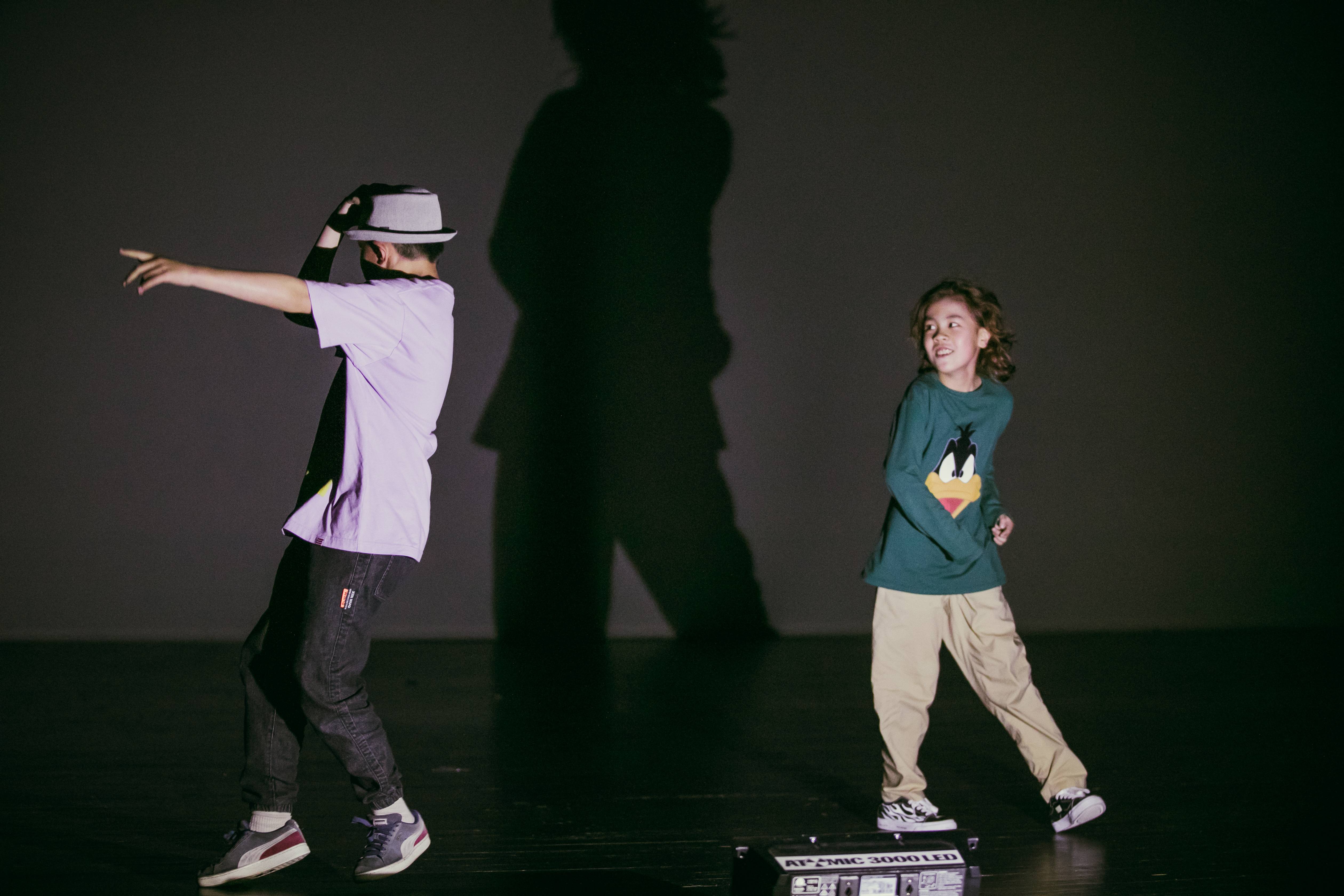 This project has brought us together, who would have, otherwise, never met in this life. It formed a temporary society. I stood as an outsider, listening to the life experiences I have never gone through and the cruel truths while tapping into the splendid souls of those candid minds. I immerse myself into their lives, sympathizing with their anxiety, fragility, depression, question as well as euphoria, insistence, reconciliation, appreciation…… I guess that is what life is all about.

There are times when I get tired of dancing, but when I took the project and saw them dancing, it seems that I have found faith in dancing again. I admire how they get along with dance. For most of them, dancing is not the purpose but simply a means to express the vitality and tenacity of life. 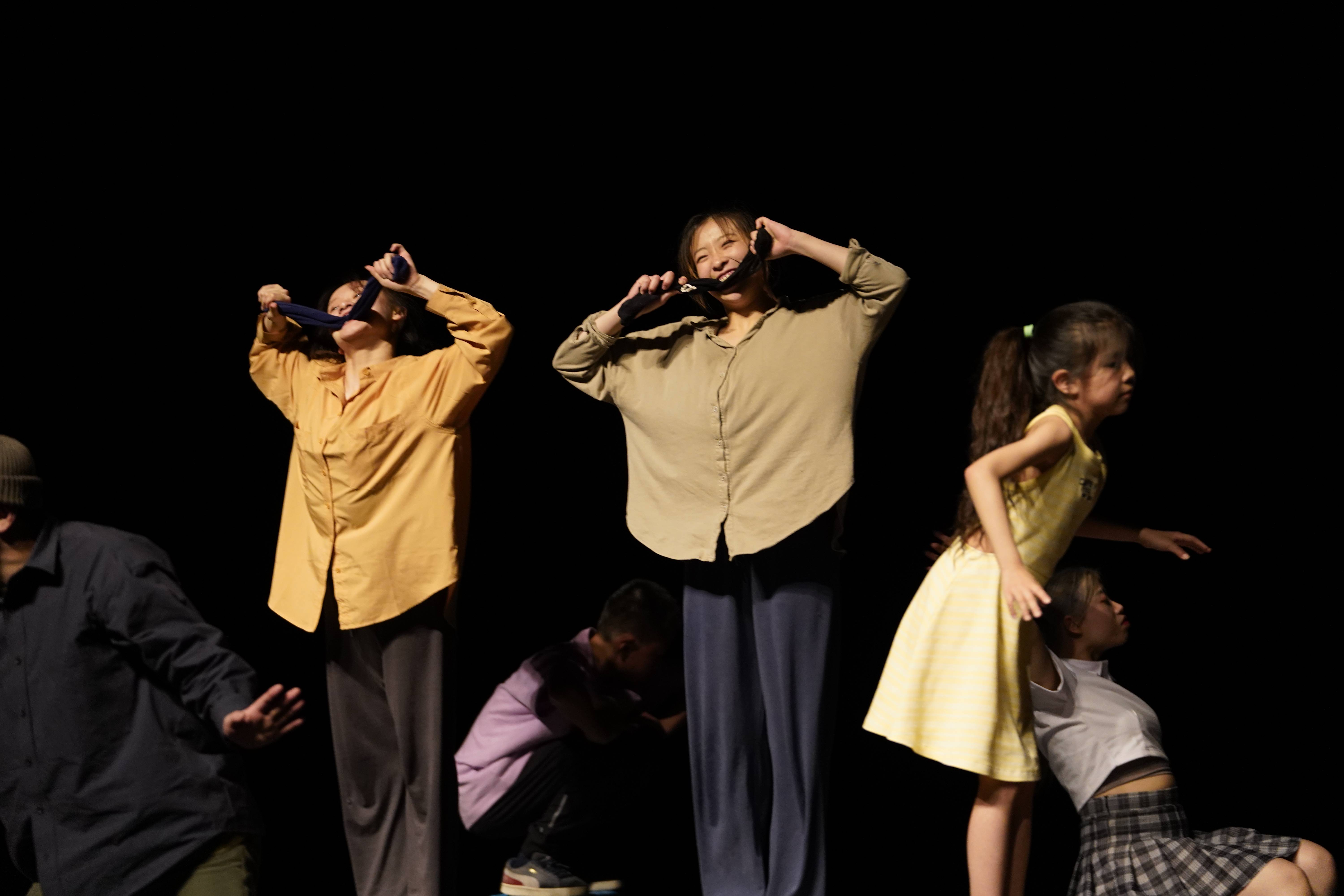 About the creative team

Graduated with master degrees in choreography from Beijing Dance Academy and London Contemporary Dance School (full scholarship), SONG Xinxin is now teaching at Shanghai Theatre Academy. She is selected into the China Dancers Association’s Youth Incubation Plan and is a choreographer under the commission of China National Arts Fund’s Talent Project.

Silver winner of Xiaoao Jianghu 3 (a TV show), EVO is a cultural promoter of Chinese popping dance. He was invited to teach dancing in Taiwan, Hong Kong and Korea and served as the referee of STREET DANCE FESTIVAL, a large dance event in South Korean. As the general dance director, he also participated in films directed by FENG Delun and GUAN Jinpeng.

Aming Liang is an experimental musician, music producer, drama actor, video maker and guitarist of the band Mirrors. He has been engaged in film and drama soundtrack for many years. His style is not set in stone. He is sometimes riot, sometimes quiet, and most of times somewhere in between. He takes his audience on an adventurous ride through music carnival, wandering between fantasy and reality.

A graduate of Lighting Design from the Shanghai Theatre Academy. He designed the lights for the premiere of My Secret Life at the 2016 Beijing Nanluoguxiang Theatre Festival, and joined the team for performances at the Festival d’Avignon 2017. His recent lighting design credits include The Little Mermaid at the 2016 Beijing International Fringe Festival, The Next Door (a double bill) at the 2017 Shanghai International Dance Festival. He also served as lighting design assistant for The Hurricane (directed by Tian Qinxin) at the 2017 Wuzhen Theatre Festival.

LIU Lei is a senior theatrical producer and stage manager. He is also specially invited by SIDCT as the technical manager of international project. He has rich experiences in working with and providing technical support for theatrical companies both at home and abroad. He is the planner and manager of the Danish Biweekly Festival of Theater for Children, the Edinburgh Fringe Festival and the Biweekly Festival of Fosse’s Play. His productions include “Black Bird”, “Skylight”, “Remote City in Shanghai” and many other high-quality plays.

Video Design: QIU Yifu
QIU Yifu was the video maker and trailer maker of works such as "Murder For Two", "The Long Regret", "The Truth" and "The Lie".

RUAN Jiawen is the editor of the trailers of “Every Moment”, “YONGⅢ”and “The Intersection”, the short documentaries of “A Poem about the Unknown” and “Why?” and the full video and documentary of “The Vision of Yoyo”.

YOUTH INCUBATION PLATFORM
Shanghai International Dance Center Theater Youth Incubation Platform (hereinafter referred to as "youth incubation platform") is platform for young dance artists in China who have room for growth and development to communicate and display, sponsored and established by the Shanghai International Dance Center Theater. It provides creative resources, funding, publicity and exchange and learning opportunities for outstanding young dancers, promoting development and catalyzing innovation. It provides a new window for Chinese original dance works to go out of the country and into the world.

*This performance contains dialogue in Chinese. 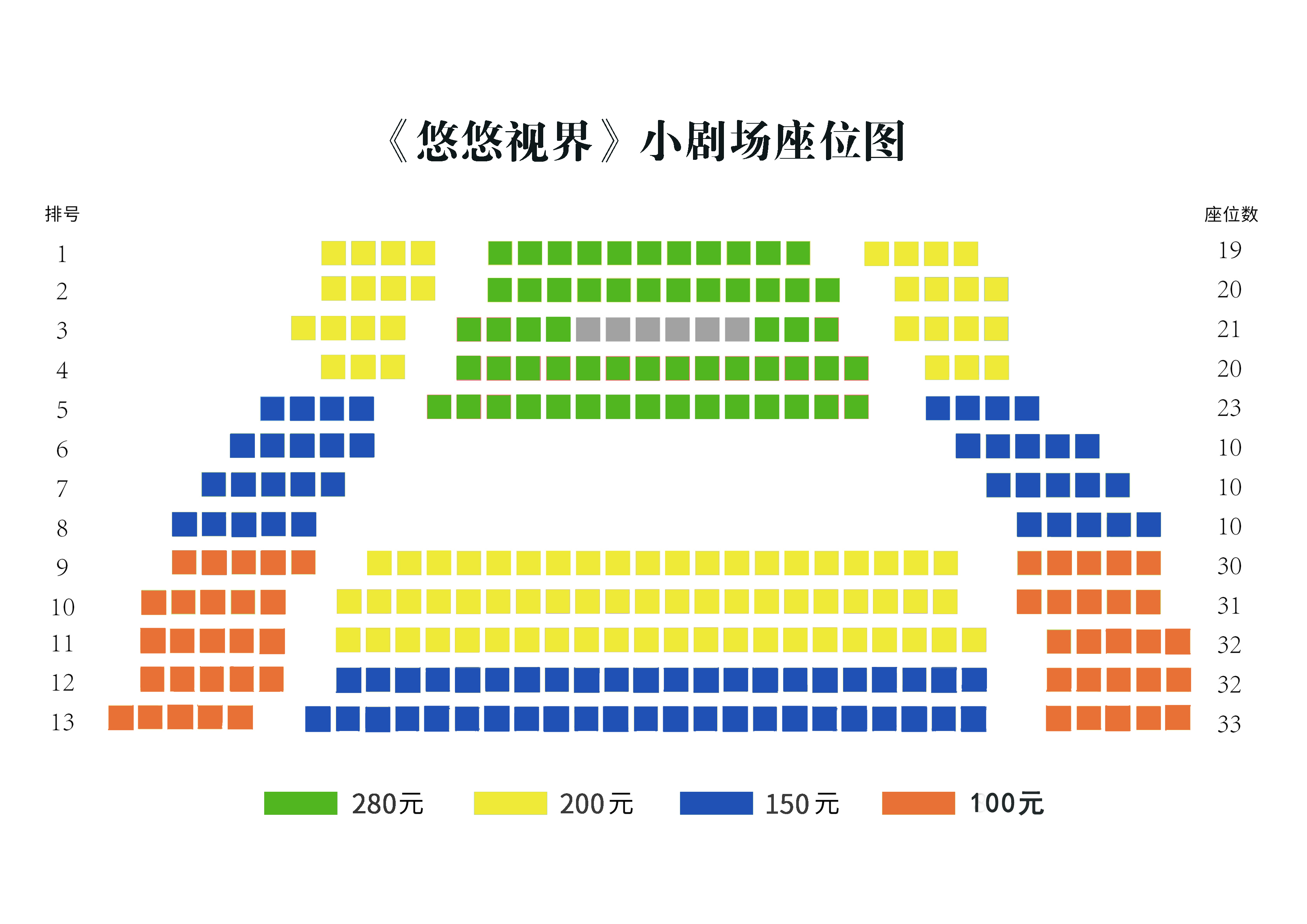