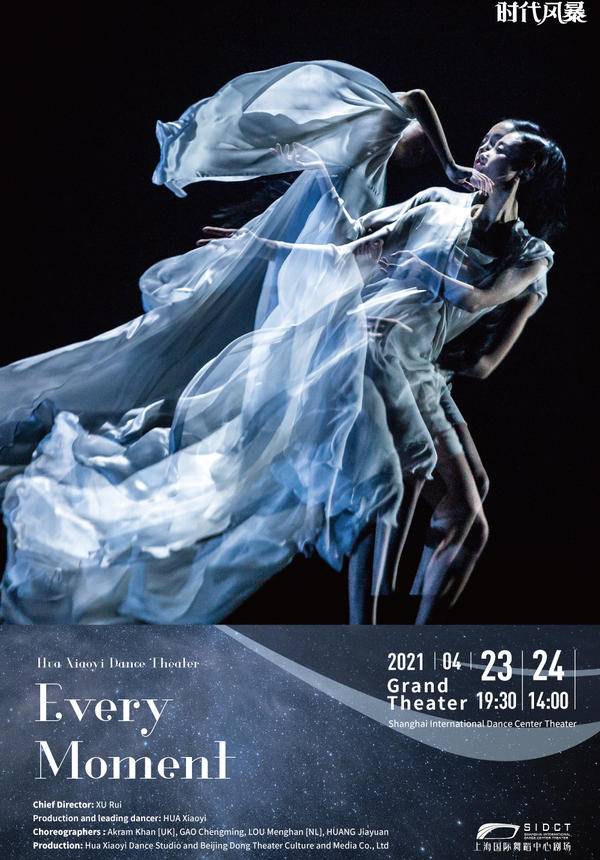 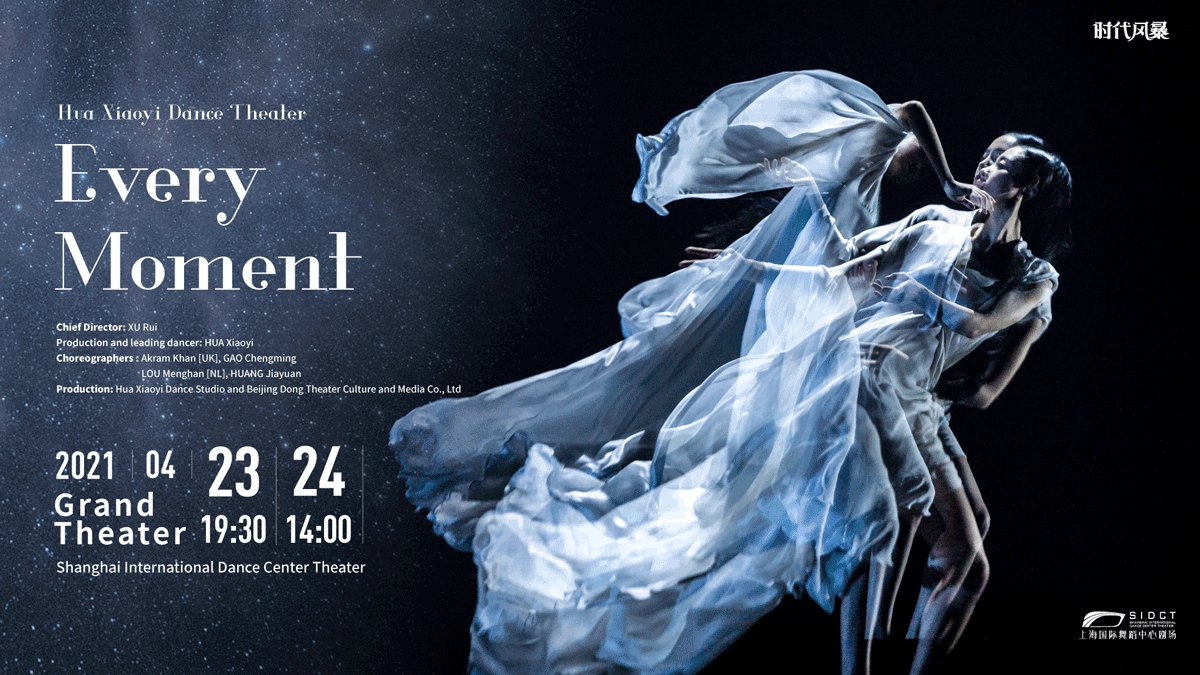 Being the two-time winner of Taoli Cup, she is the living textbook of Chinese classical dance.

Leaving a most stunning impression to the audience, she is the master of dance in the TV show Dance Smash.

She is HUA Xiaoyi.

In EVERY MOMENT, she is going to challenge her limit.

It is a poem written by dance.

A moment may last forever.

May a moment last forever.

You can truly live a life only when you live up to every moment of your life.

“EVERY MOMENT” is a dance theater directed by XU Rui, choreographed by Akram Khan, GAO Chengming, LOU Menghan, HUNAG Jiayuan, produced and performed by HUA Xiaoyi. The piece consists of five chapters, namely “Looking into the Distance”, “To Be Continued”, “Massif”, “Dancing Alone”and “Slip”. Through means of contemporary dance, it tries to convey the idea that you can truly live a life only when you live up to every moment of your life, and that a whole journey of life is ultimately about achieving one moment that shall last forever. A dancing body is the best proof of the sign of life. Under the idea, every movement of the dancers starts to gain deeper meaning. The dancers themselves represent the vitality of "living in the moment", and the audience can also see the growing vitality and feel the belief of “one life in one moment”.

In “EVERY MOMENT”, I dance for life.

After The Song of Luofu and Rouged Lips, she is known as the two-time winner of Taoli Cup, a living textbook of Chinese classical dance.

Leaving a most stunning impression to the audience, she is the master of dance

In the TV show Dance Smash, An All-consuming Love left a most stunning impression to the audience, winning her a full pass from all mentors.

She is HUA Xiaoyi, a dancer who keeps reaching up and challenging herself. Her passion to dance started at a very early age. In 2009, her work The Song of Luofu won the first prize in the 9th Taoli Cup dance competition. Later, she won the Gold Prize of CCTV TV Dance Competition and the 13th Seoul International Dance Competition. Her works such as Rouged Lips, dance drama The Youth at Gobi and The Ode to the Goddess of the Luo River are highly praised. Her outstanding dance skills and gifted sense make her an irreplaceable stage protagonist in the eyes of the audience. In the Hunan Satellite TV program "Dance Smash 2", her competent dance skills and unique personality sent her all the way up to the final four. EVERY MOMENT itself is a challenge for HUA Xiaoyi. Through this piece, she not only well grasps the contemporary dance elements, but also integrates the classical and modern dance, bringing the audience an overwhelming scene of beauty that is going to exceed your expectation. 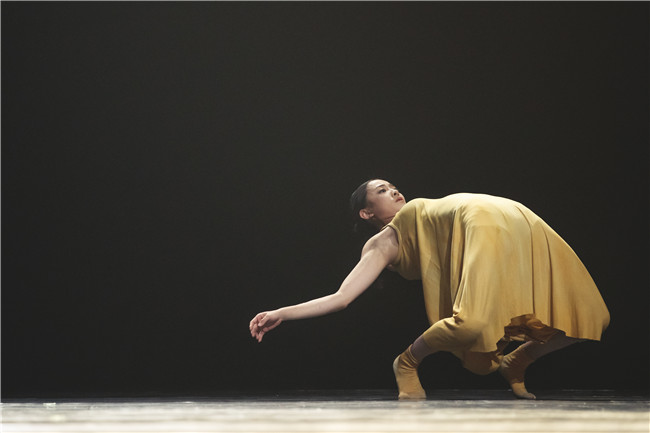 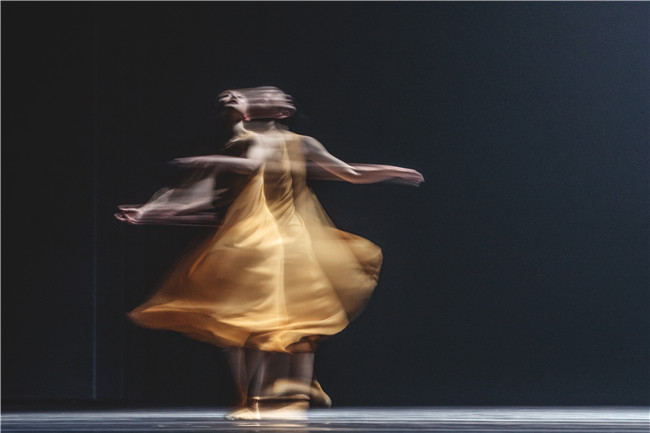 In the withering season, it is easy to hear whispers from memory.

Akram is the most famous choreographer in England. He has won many important awards including the Jerwood Choreography Awards. His representative works such as kaash and Ma are well-known all over the world. The talented choreographer, who has attracted much attention in the UK and even in the international dance circle, is also known as "the legend of the 21st century". In 2018, he visited SIDC with his solo work Xenos. Audience from all over the country came to see the master's "last solo piece".

Akram once said, "We are getting older and closer to the end of life, but at the same time, we are getting closer to our past and our memories." He uses a strong Western style to interpret his thinking about "memory". He said, "I always pay attention to the topic of life and death. What I want to express is how we may look at our past." In To Be Continued, he also runs through this idea. The bell rang by the little girl in yellow is the switch of memory for Hua Xiaoyi. When she finds back her initial aspiration, the noise and the surging crowd turn quiet.

Looking into the Distance and Slip by GAO Mingcheng “Looking into the Distance”

Those that never died will reborn in the wind.

The work Looking into the Distance features the oriental aesthetics of leaving blank. When HUA Xiaoyi dances with the wind in sheer white, an audience commented, “What is floating like? Imagine a sand gull, only a sand gull, gliding between the earth and the sky." In an interview, Hua Xiaoyi once said, "Under the strong light, I felt that there was nothing else in the whole world except myself. The body is a part of the universe, blown away by the wind. It's like a cycle of destruction and rebirth." This strong wind and lighting design is also the ingenuity of Gao Chengming. "I just wanted a very focused light spot. I don’t need to use any other space on the stage." 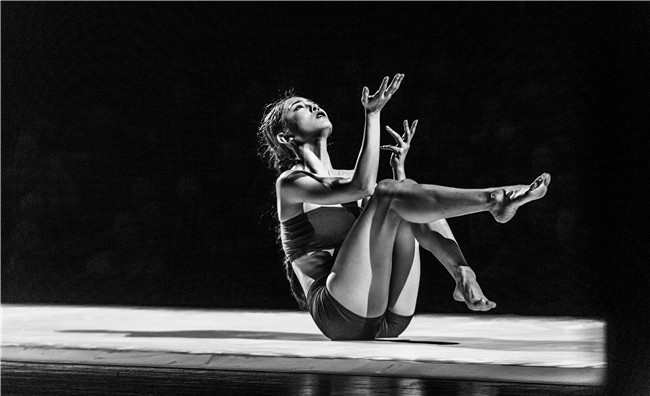 Who didn’t come in barefoot, staggering, probing, and crawling through this harsh life?

Gao raised a peculiar idea in the fourth chapter. "Dancers are afraid to slip. Then I want her to slip." In Slip, HUA Xiaoyi dances on the white glue covered with oil. She falls down and rises up. Over and over again. She becomes exhausted, but she keeps standing up. This form of dance shocked many audience, but GAO Chengming said, "It's not for the so-called form. The “slip” here reflects the difficult journey of a person's life." As Gao arranged the order of the chapters, he put Looking into the Distance at the head and Slip at the end. He felt that there’s a connection between the two, from the beginning to the end. 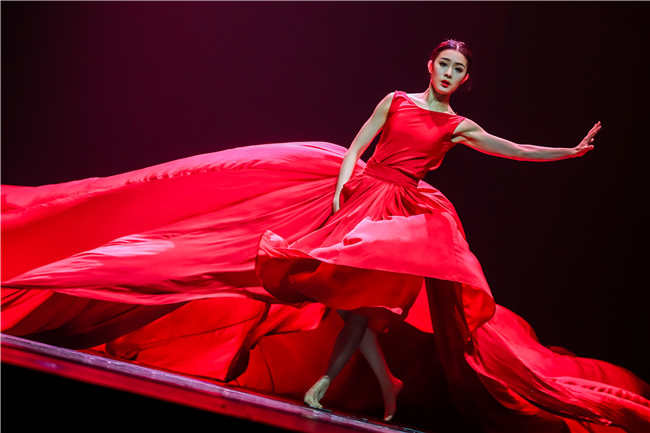 That's the splendor of midsummer when time burns like fire.

Lou Menghan, a contemporary choreographer, is the director of the Dutch Dance Theatre (NDT), one of the most famous modern dance companies in the world and known as the "wind vane of contemporary ballet in the world". Her representative works include False Awakening, Dissonance, etc. In her choreography of "Dancing Alone", HUA Xiaoyi wears a red dress and stands out against a black background. Xiaoyi said that when she finished the piece, she felt a deep sense of loneliness. "When you stand on the axis of time and go through ups and downs, you have this feeling that the world is your own." Life is like a journey through the massif. You go up, and you go down. Whether you are up high or deep down, you are on the way to the next climb to the top.

Executive director and choreographer HUANG Jiayuan graduated from the Department of Choreography at Beijing Dance Academy, majoring in the creation and teaching of Chinese dance drama. Her representative works include dance drama Love and Predestination, Spring in Autumn, The Butterfly Lovers, Jinggang · Jinggang, etc. The classical dance Plum was granted the silver medal at the Fifth Chinese Dance “Lotus Award”, and won top ten choreographers.

Focusing on the philosophical question of "Where is the top?", the work Massif transforms people's confusion about the question into a "can't stop" running game. In a straight and blunt way, the work brings a rich aftertaste at the moment of "pause" as the dancer and the chairs form a relationship.

Chief director XU Rui is currently the vice president of Beijing Dance Academy. He is a famous stage creative and screenwriter in China. His classic dance dramas such as Red Sorghum, Hui Ban and The Youth at Gobi are widely spread. He founded and co-hosted the contemporary dance creation project "ArtsCross/Danscross", which is well-known at home and abroad.

The chief visual design of EVERY MOMENT is the national first-class stage designer REN Dongsheng. His major works include The Eternal Wave, Song of the Mountain and River, Nanjing in 1937, Huang Daopo, Dancers in the Palace, Pink and Ink, Deep Love in Place, Confucius, etc. 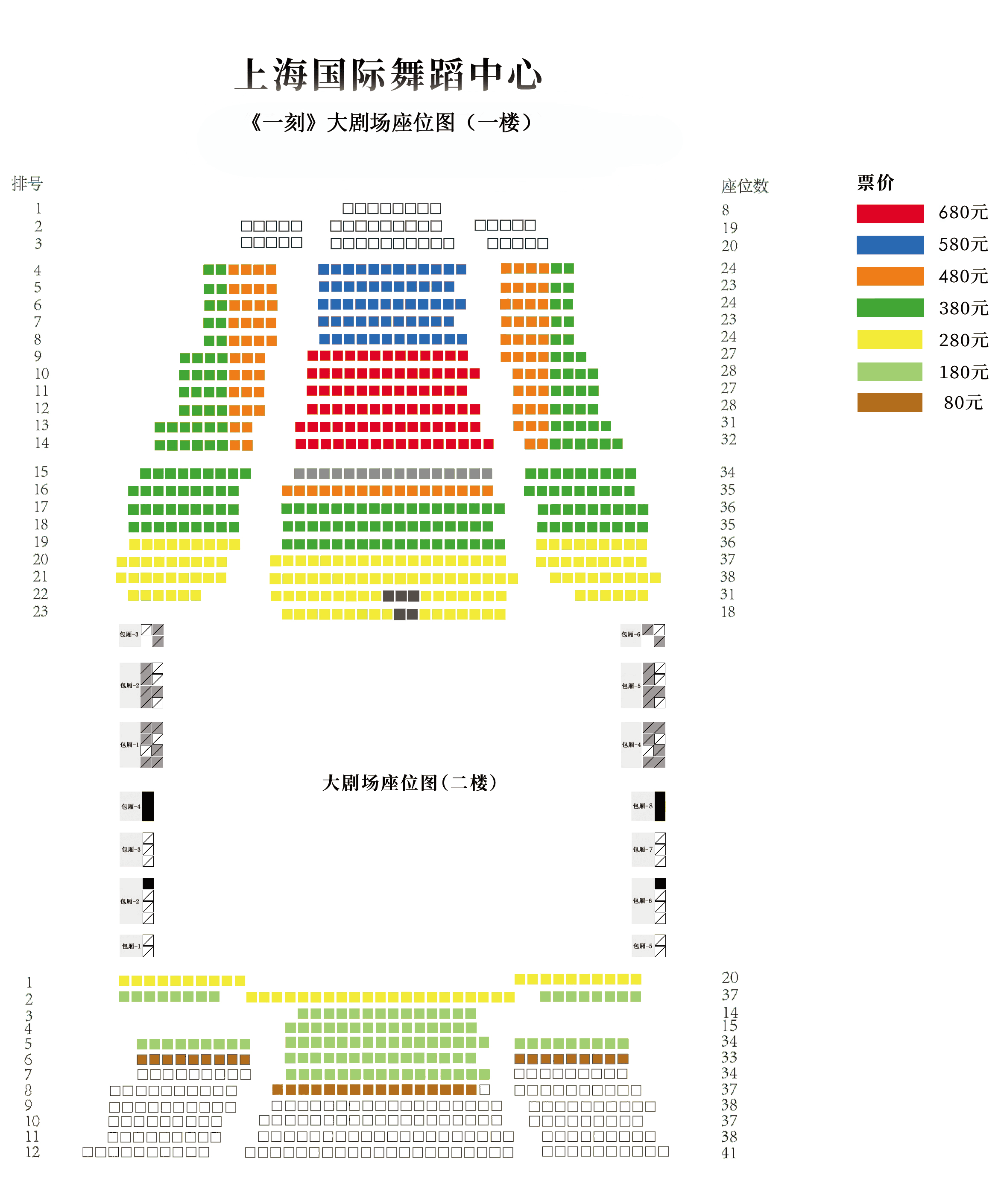