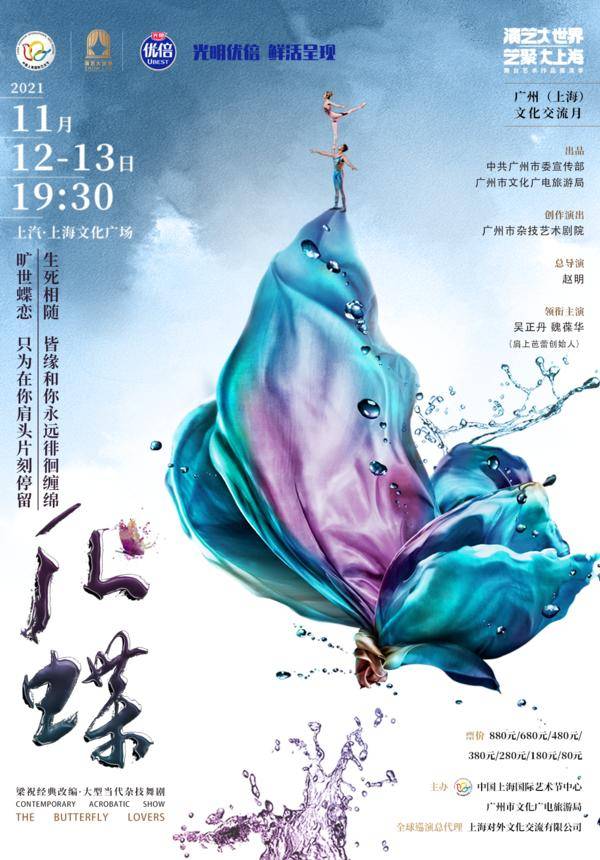 👉 Paper Ticket Delivery
👉 Children under 1.2m are not allowed to enter
👉 Each Attendee requires A Ticket
👉 No Cancellation 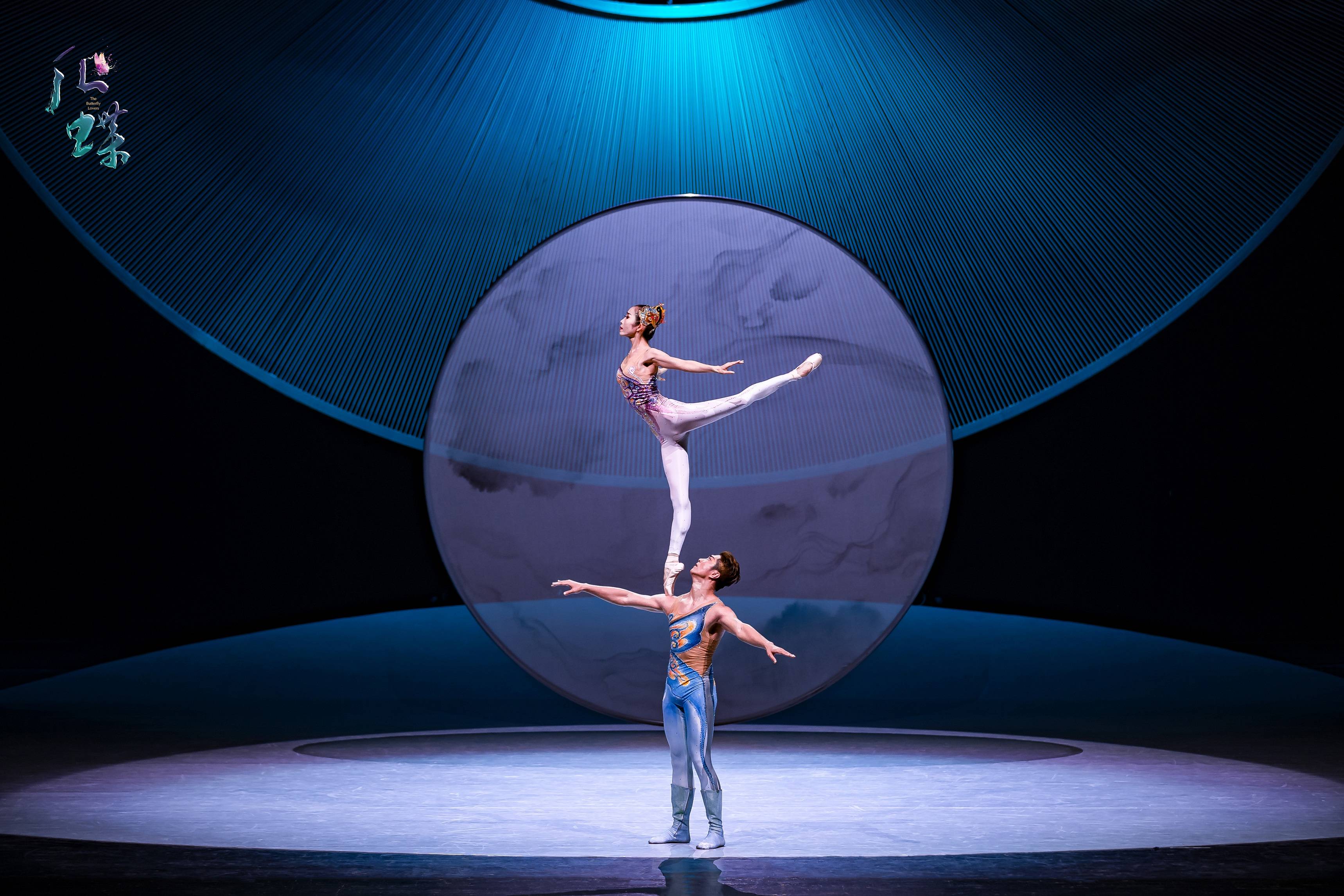 How I wish I could be entwined with thee for all this life,

Till the imposed death sets us apart!

The most unsurpassable love the world has ever heard

Was but brief moments of snuggling up against thy shoulders

Out of nowhere is kindled the fervent love, which smoulders and blazes. It may get the living to die for it and bring the dead back to life. Some love only for this life; others die and never revive. It’s because the love of theirs is in need of devotion.

Quote from The Peony Pavilion by Tang Xianzu After Journey to the West (a Wenhua Award winning show) and The Legendary Swordsmen, we present the audience a brand new contemporary acrobatic show The Butterfly Lovers. This great acrobatic show has been worked on by a group of top artists in the country. They include Zhao Ming (chief director) Yu Rongjun (playwright), Ning Genfu (art director), Qin Liyun (stage designer) and Li Rayding (costume designer). They have been working together to relate the traditional Chinese folklore with artistic forms such as acrobatics, dancing and drama and remodel this Chinese classic with modern approaches. 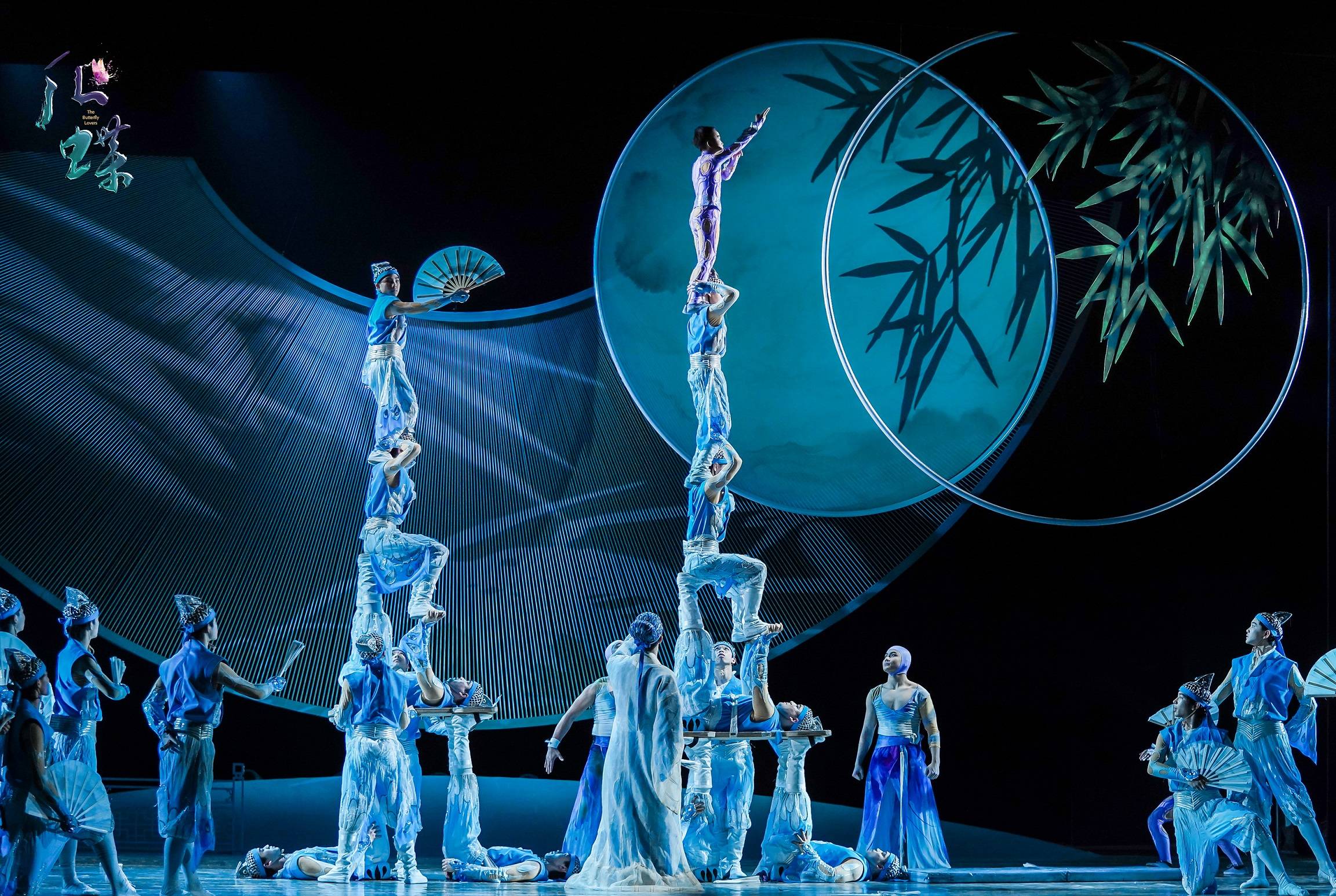 The show The Butterfly Lovers presents the poignant and romantic love story and ingeniously integrates an image of love (Liang Shanbo and Zhu Yingtai’s transformation into butterflies) and a Chinese traditional philosophy (Zhuangzi dreaming of becoming a butterfly). Throughout the show, an image of love, namely a pair of butterflies, is well depicted. A perfect analogy between Liang and Zhu’s love story and butterflies’ life cycle is built. As a symbol of love, the pair of butterflies go all the way through breeding, incubating and struggling before they break through the cocoon and flutter their wings freely. The life process of butterflies is presented at different levels and from different angles. As a result, a tension is formed and audience can better understand the meaning of life. While telling the story, different scenes and images are manifested in various artistic forms such as acrobatics, dancing and drama to form an interaction throughout the show. The show is pregnant with images, which are illusive, unpredictable and romantic. It conforms to the traditional aesthetics of Chinese culture and carries innovation elements of contemporary stage performance. 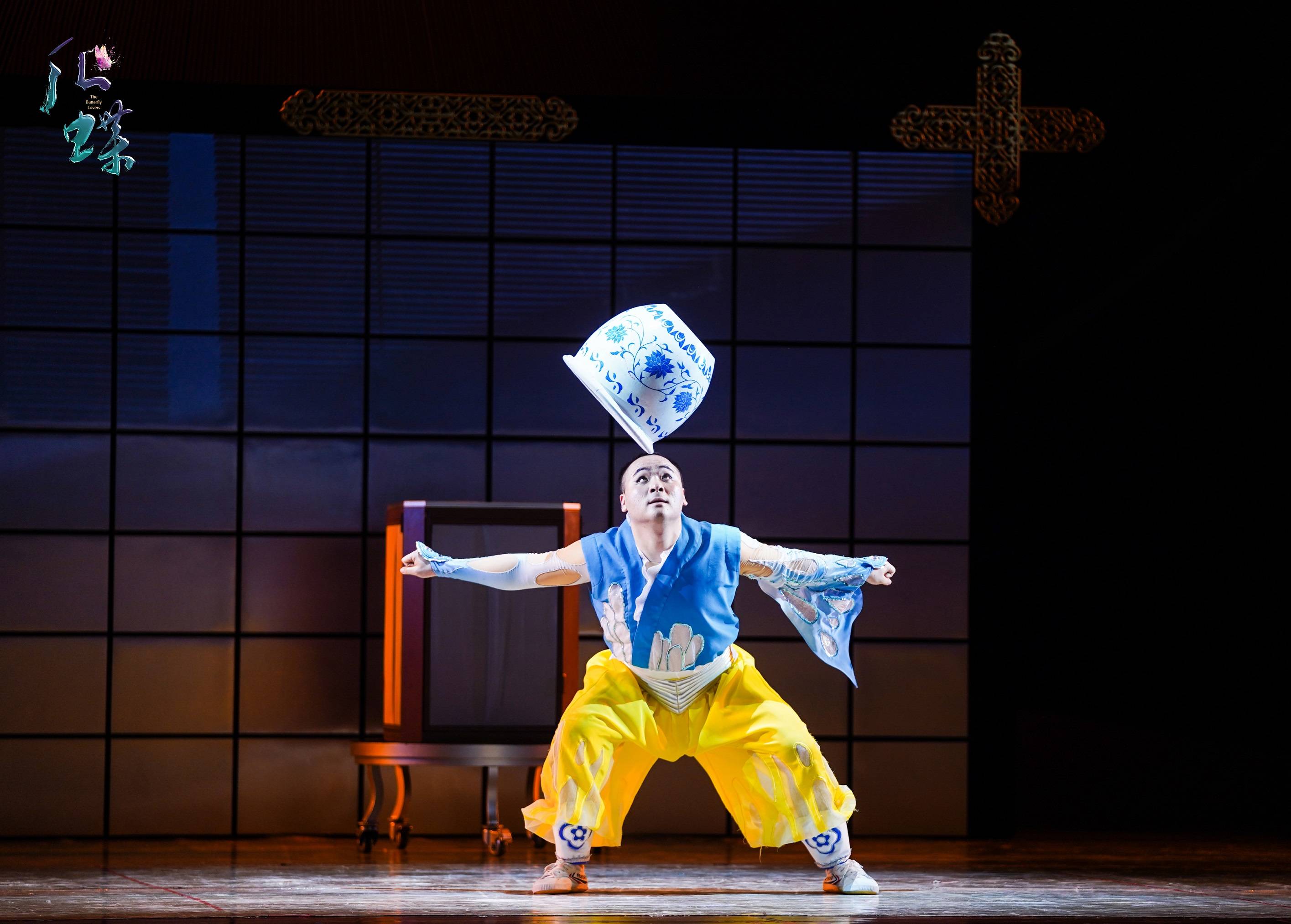 In terms of structure, horizontally, the show is centered around the love story of Liang Shanbo and Zhu Yingtai, introducing a plot of the butterflies breaking through cocoon and extending all the way to the modern urban life. Vertically, the show highlights a profound realm of Zhuangzi’s dreaming of turning into a butterfly, which brings forth more food for thought and renders the story more intricate and mysterious.

By combining acrobatics with some other artistic forms, The Butterfly Lovers is an endeavor to promote the depth and scope of the literary art in a completely different way——flexible and strong limbs of acrobats. It is a pure artistic expression with a great dramatic tension. During the past two years, Guangzhou Acrobatic Arts Theatre has developed many original acrobatic skills such as group fan dancing, umbrella juggling, pole climbing, bar juggling, writing brush juggling, funny box squeezing, which are surely an eye-opener to the audience. For the first time ever, the audience will see ballet on the shoulders, which is the vivid depiction of the two lovers’ entwining with each other when the female performer snuggles up against the male performer’s shoulders alluding to the two butterflies keeping each other company. 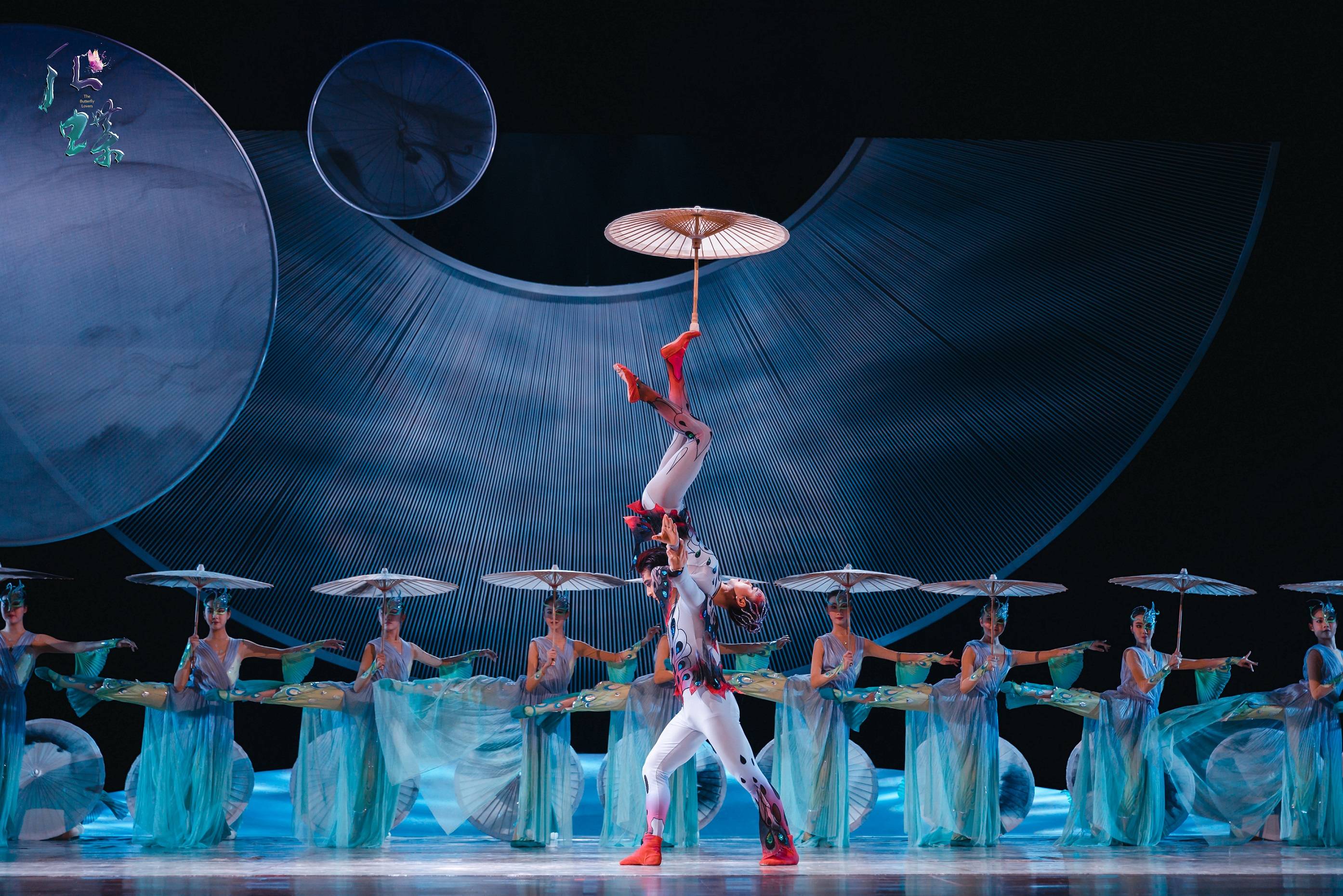 Acted by Wu Zhengdan & Wei Baohua from Team A

and Li Mengnan & Long Yunxia from Team B

in the form of butterflies

Note: Children under 1.2m will not be admitted; children over 1.2m must be admitted with tickets.