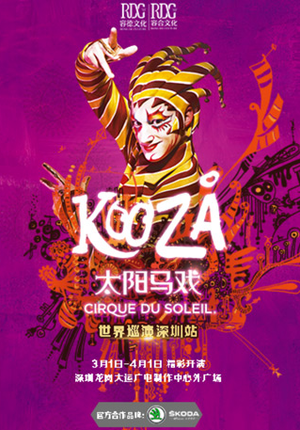 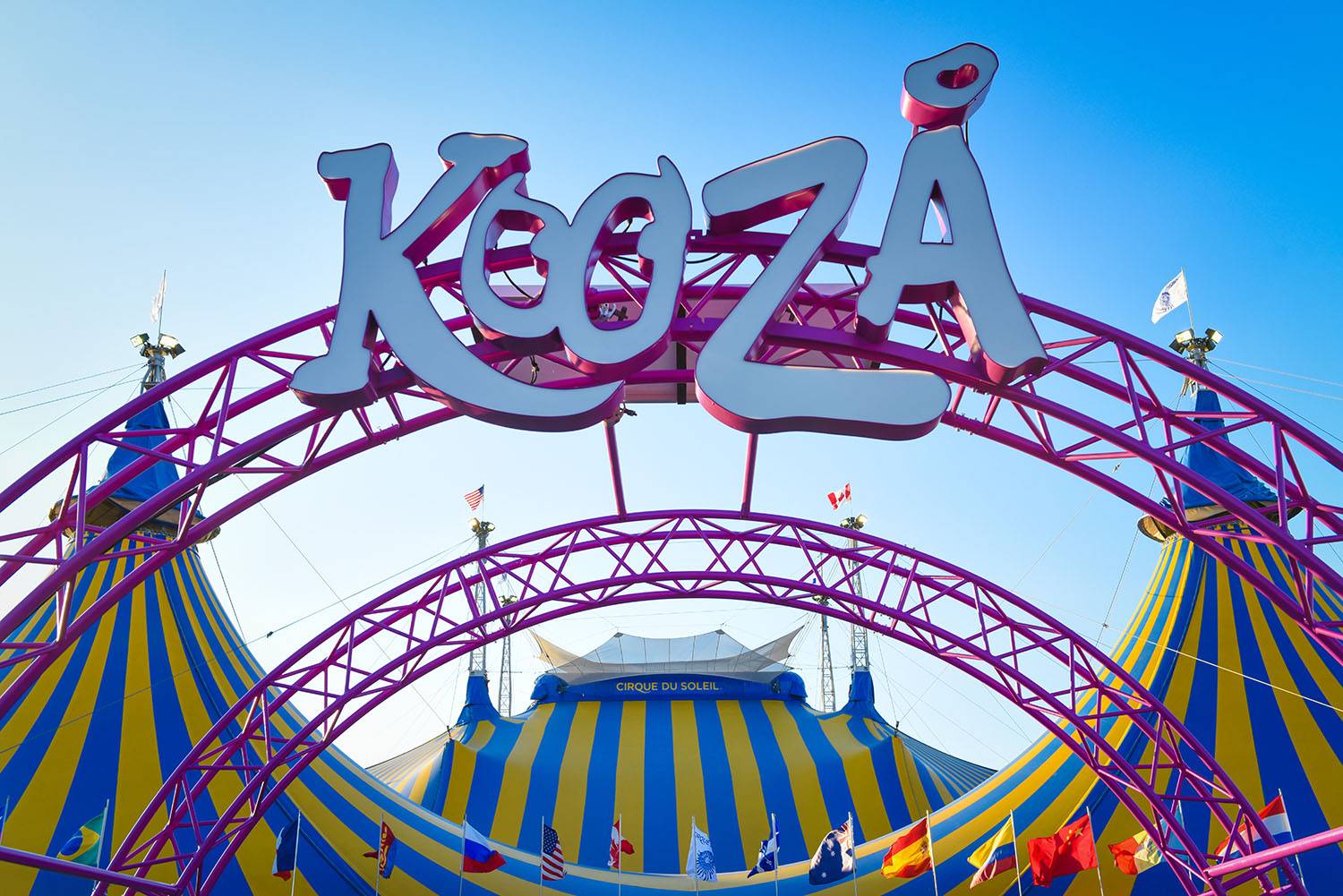 KOOZA™ is a return to the origins of Cirque du Soleil ® that combines two circus traditions—acrobatic performance and the art of clowning. The show highlights the physical demands of human performance in all its splendor and fragility, presented in a colorful mélange that emphasizes bold slapstick humor.
“KOOZA is about human connection and the world of duality, good and bad,” says the show’s writer and director David Shiner. “The tone is fun and funny, light and open. The show doesn’t take itself too seriously, but it’s very much about ideas, too. As it evolves, we are exploring concepts such as fear, identity, recognition and power.”
The show starts with the Trickster bursting onto the scene like a jack-in-the-box in front of The Innocent, and that’s just the first of many surprises to come. The Innocent’s journey brings him into contact with a panoply of comic characters such as the King, the Trickster, the Heimloss, the Obnoxious Tourist and his Bad Dog.
Between strength and fragility, laughter and smiles, turmoil and harmony, KOOZA explores themes of identity, recognition and power. The show is set in an electrifying and exotic visual world full of surprises, thrills, chills, audacity and total involvement.
The name KOOZA is inspired by the Sanskrit word “koza,” which means “box,” “chest” or “treasure,” and was chosen because one of the underlying concepts of the production is the idea of a “circus in a box.”
"What is special about this new production is that Mr. Shiner introduces some carefully choreographed chaos and old-fashioned sideshow spark to the rock-solid formula."
－The New York Times
"... my heart stopped, I held my breath and even stifled a gasp."
－ The Daily Mail, UK
"It's simply a jaw-dropping night out."
－ The Daily Telegraph, Sydney 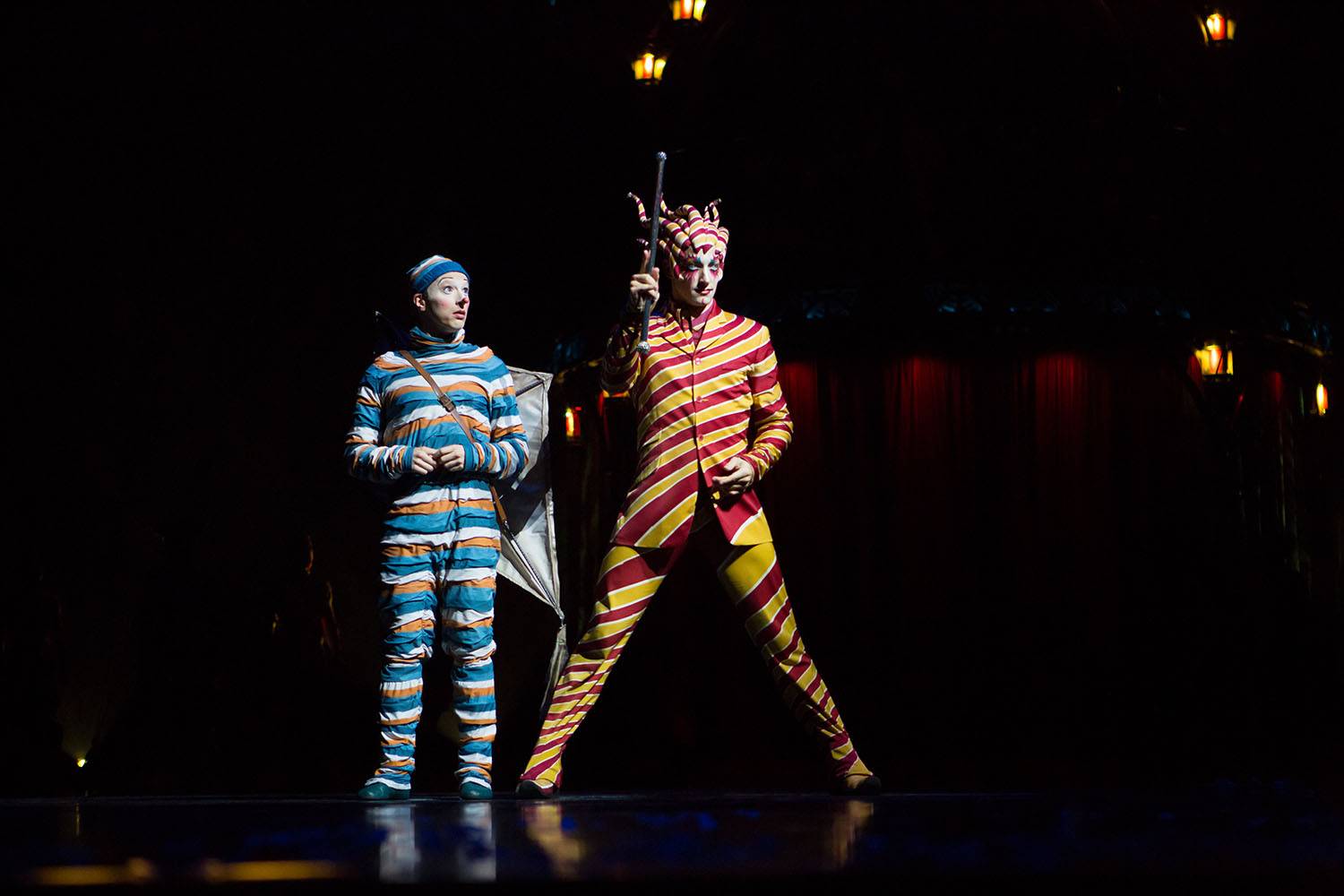 As a return to the origins of Cirque du Soleil, KOOZA tells the story of The Innocent, a melancholy loner in search of his place in the world. Between strength and fragility, laughter and smiles, turmoil and harmony, KOOZA explores world with audiences in a light and delightful atmosphere, and also offers a nice family time together. 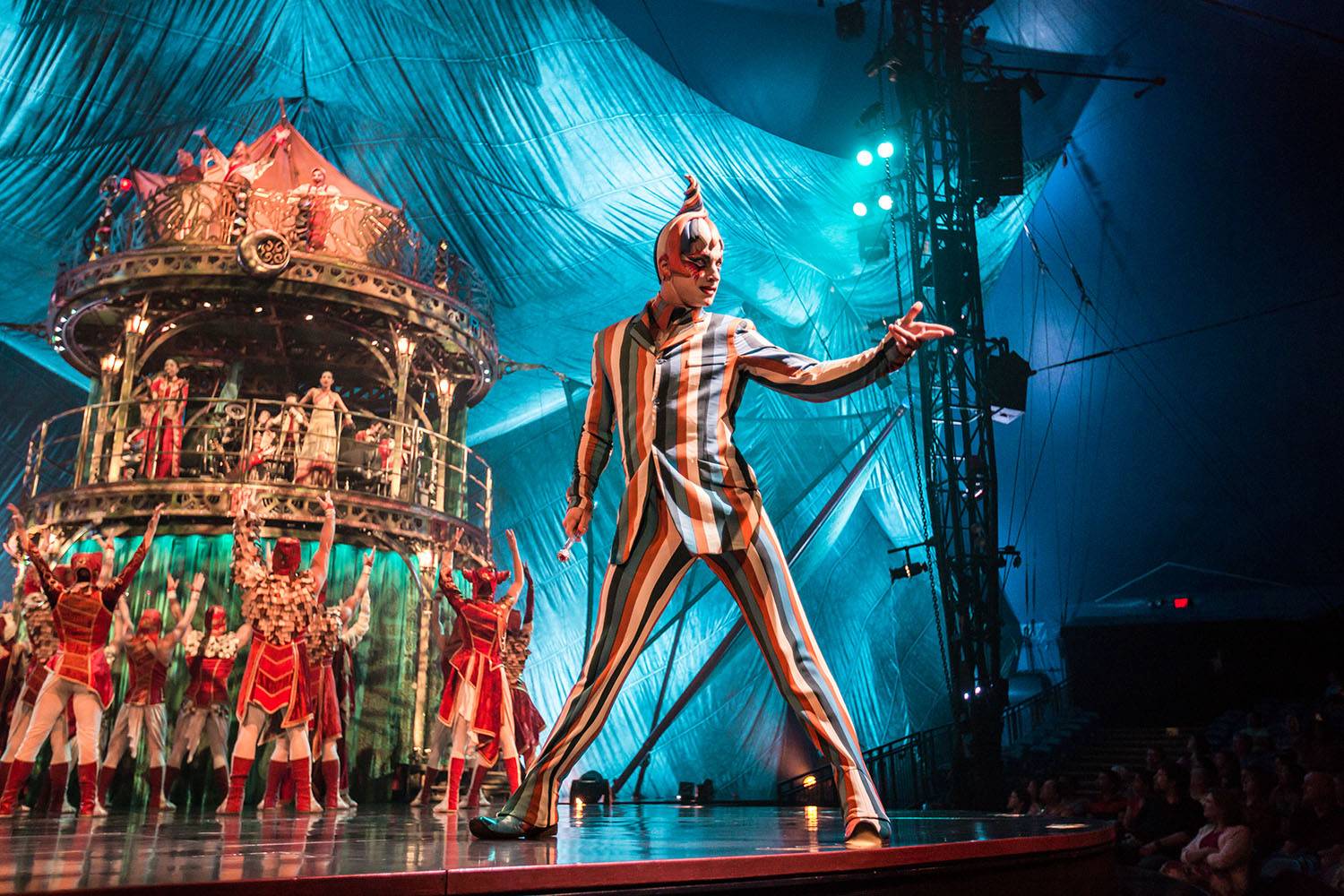 As the largest theatrical producer in the world, Cirque du Soleil stands out for its theatrical, character-driven approach and the absence of performing animals. It combines two circus traditions to KOOZA: acrobatic performance and the art of clowning. KOOZA has Balancing on chairs, Contortion, High wire, Hoop, Unicycle duo, Wheel of death and more to develop the storyline. The show is set in an electrifying and exotic visual world full of surprises, thrills, chills, audacity and total involvement! You can fully enjoy this masterpiece that swept Europe, America, Asia and Australia, only when you are under the Cirque du Soleil marquee! 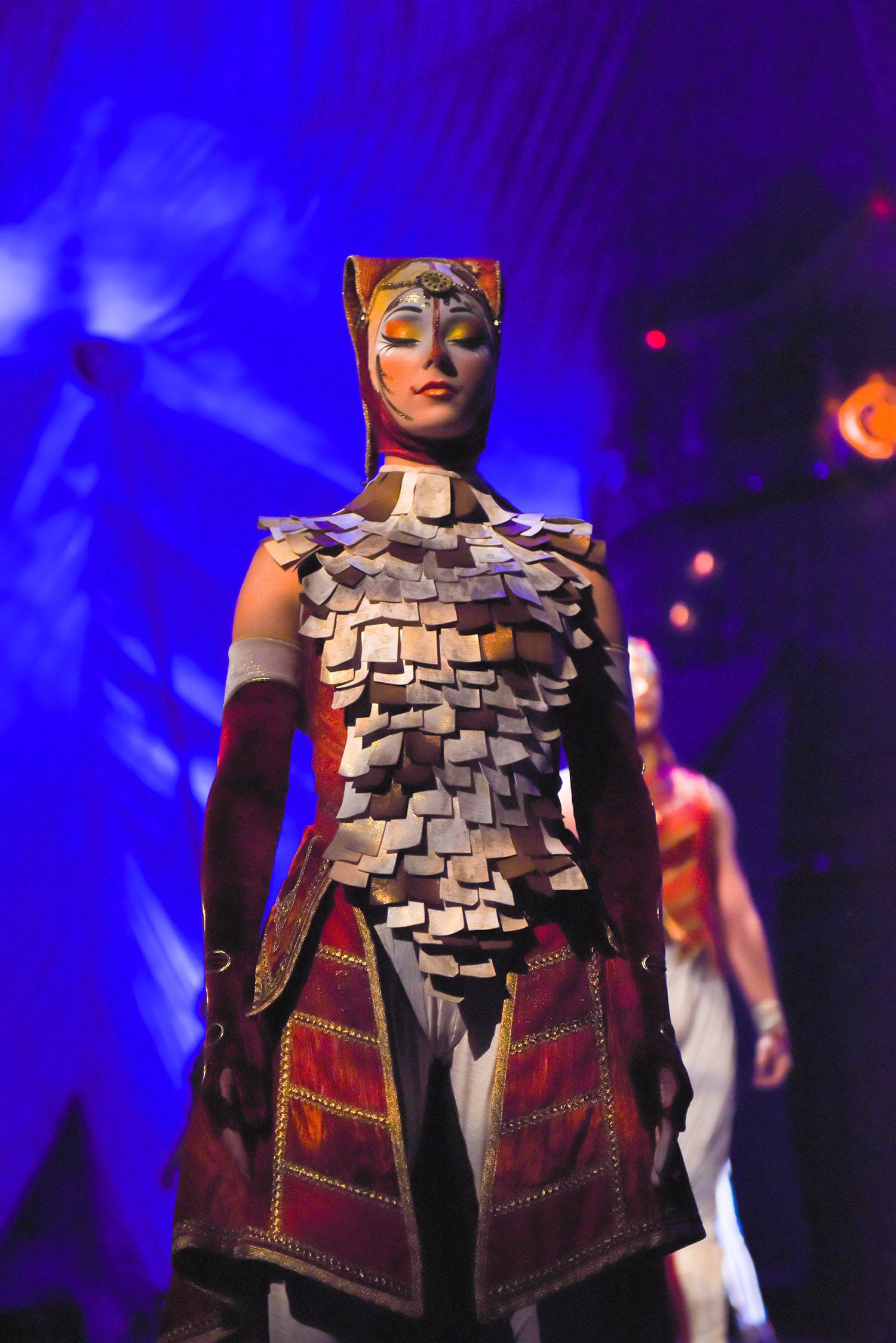 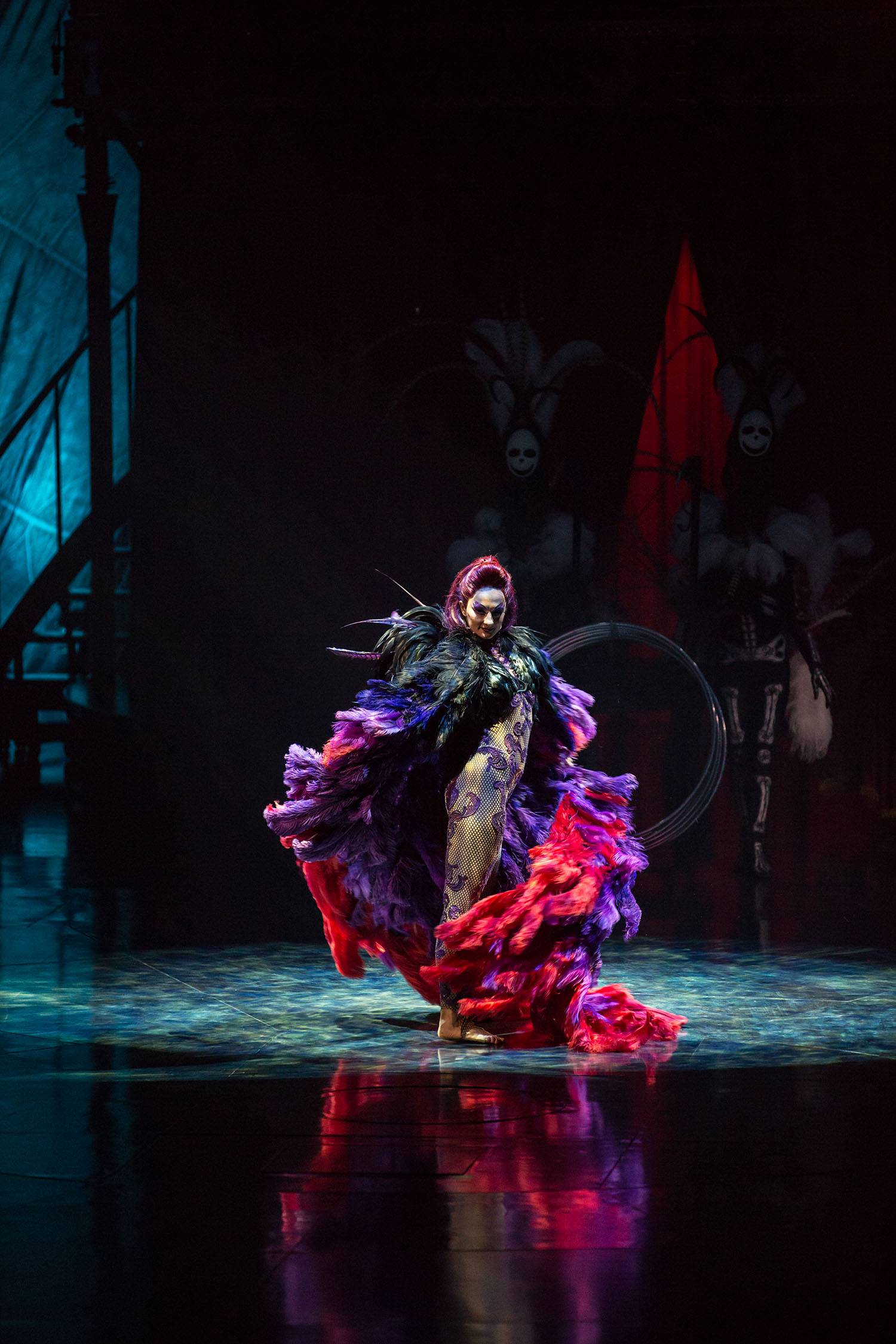 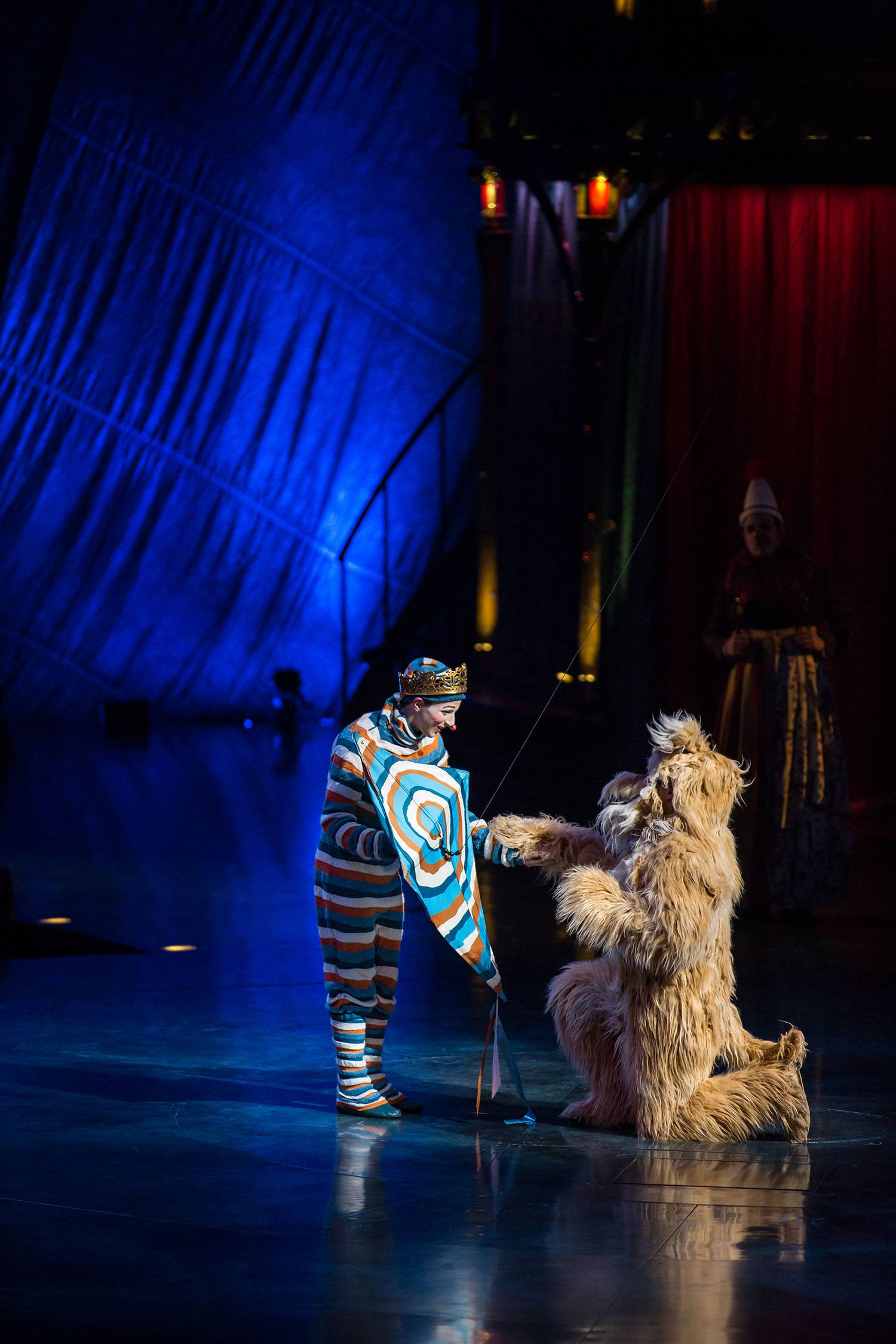 Custom-designed and made Costumes
There are more than 175 costumes and 160 hats in the show—1,080 items in all, including all the shoes, props, wigs and so on. One army costume features more than 400 individually- sewn metallic flaps to create the effect that it is armored. 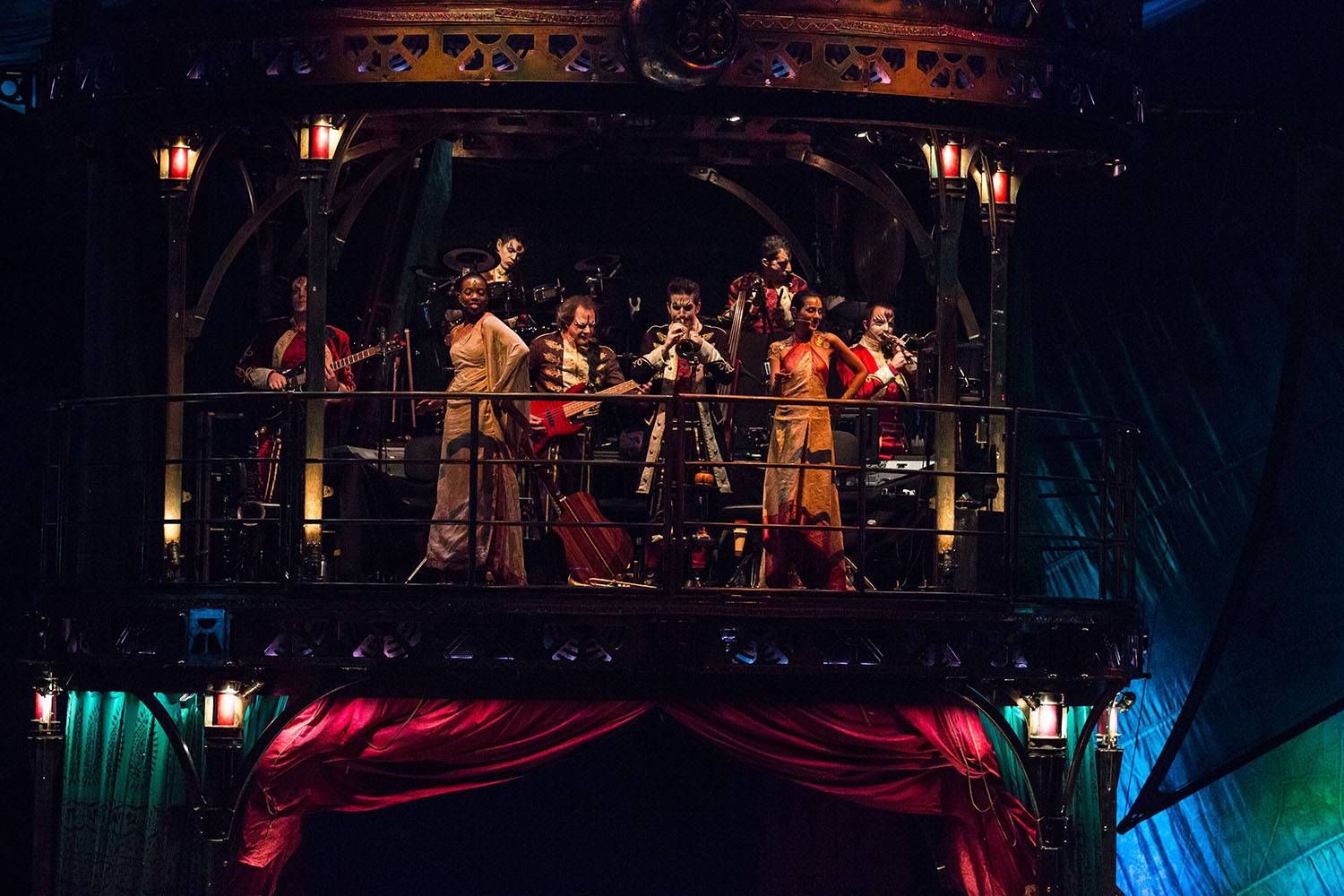 Beautifully demonstrated live music
With a stream of uplifting songs with timeless influences where forms and styles intertwine seamlessly, the music of KOOZA is live played by six musicians during each performance: trumpet, trombone, bass, drums, percussion, saxophone, electric guitar, and keyboard. There are also two singers who sing live during each performance. 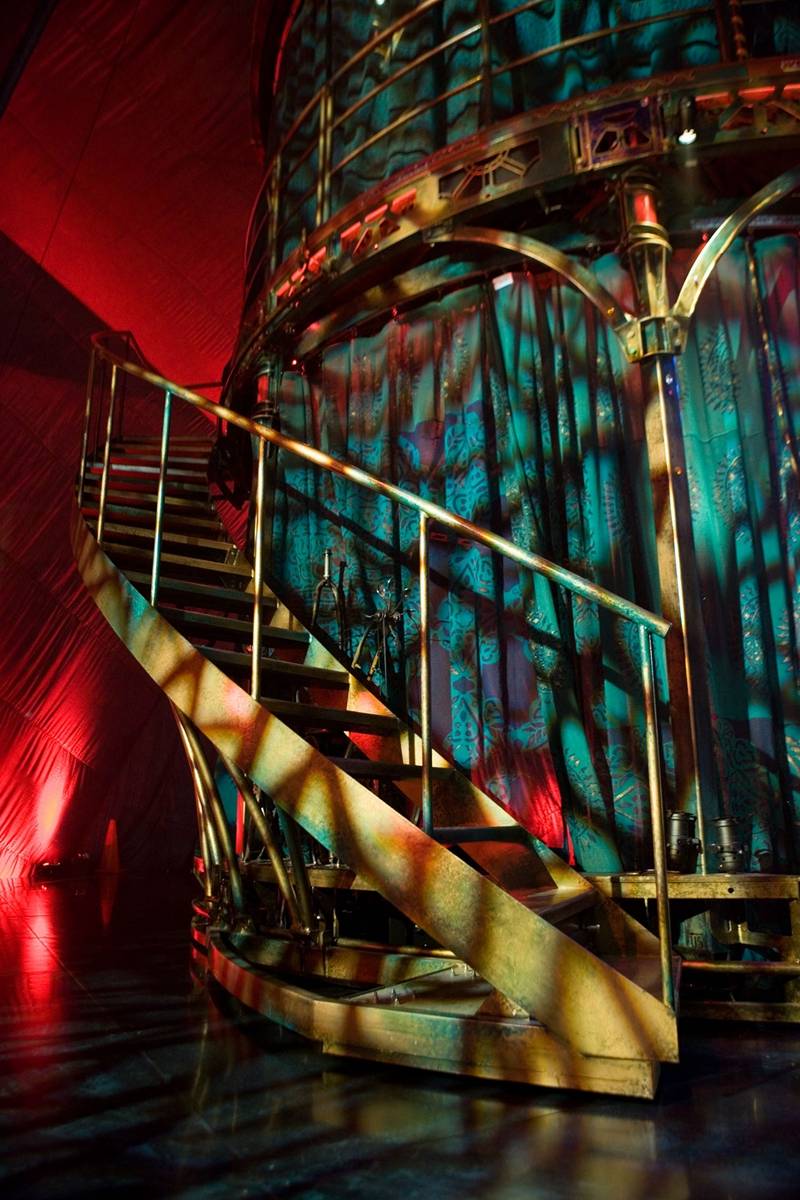 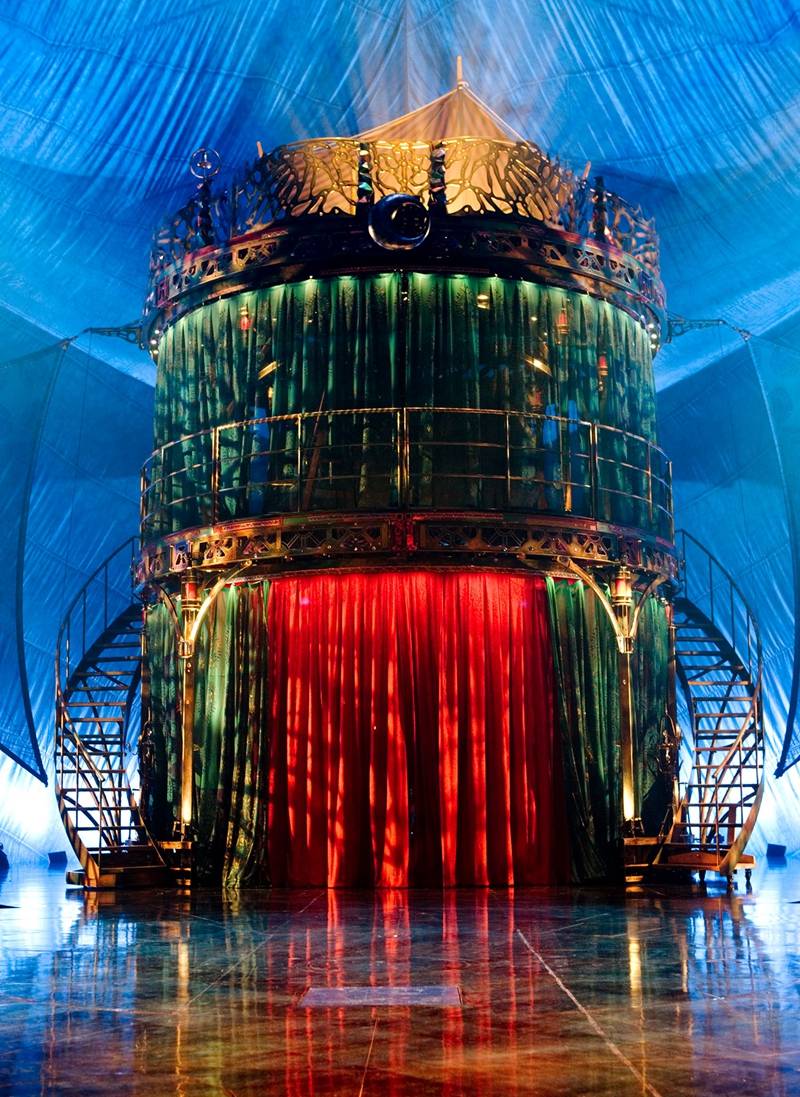 Spectacular Set Design
The KOOZA circular stage provides the audience with excellent sight lines through 260 degrees. Everything is done out in the open with simplicity and transparency in order to focus attention on the artists and the acrobatic performances. The stage is dominated by one major set element, a traveling tower called the Bataclan. The decoration of the Bataclan is inspired by Hindu culture, Pakistani buses and Indian jewelry. The KOOZA stage is the highest stage ever designed by Cirque du Soleil. With 39 feet height, the need for extra space is fulfilled for the Jack-in-the-Box hydraulics. 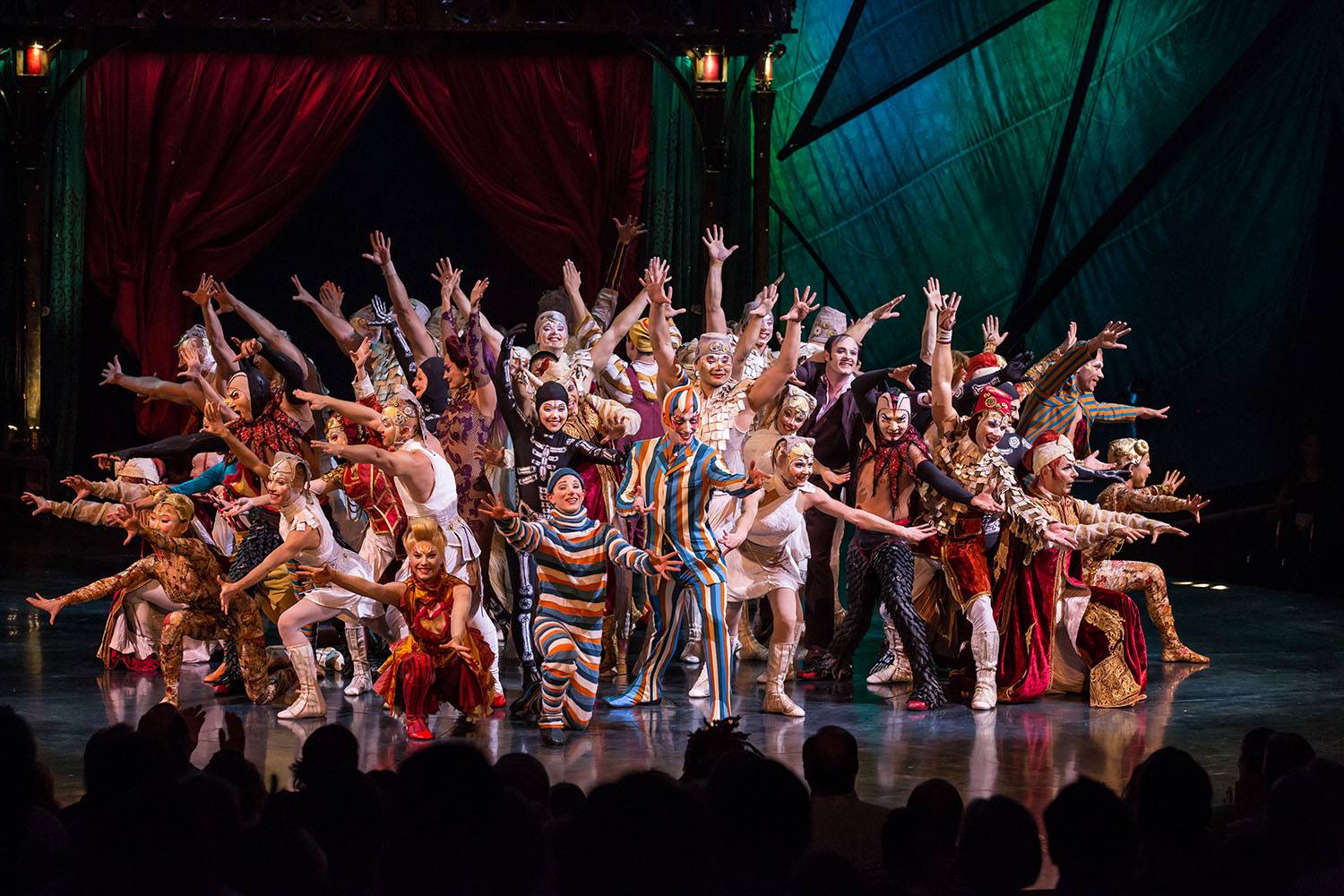 The cast and crew of KOOZA, representing 18 nationalities, are carefully selected and well-trained artists. Approximately 120 people travel with the tour including more than 100 members of the cast and crew.

KOOZA is more than an exceptional circus performance!
It's a light-hearted class in philosophy, a remarkable form of art…

Date: 1st Mar - 1st Apr
FAQs
What is KOOZA?
Between strength and fragility, laughter and smiles, turmoil and harmony, the show explore themes of fear, identity, recognition and power. The show is set in an electrifying and exotic visual world full of surprises, thrills, chills, audacity and total involvement. For more information, please visit the KOOZA page.
How long is KOOZA?
KOOZA is a two hour and a half performance, including a 30-minute intermission.
Is KOOZA appropriate for children?
Like most of Cirque du Soleil’s shows, KOOZA is meant to entertain the whole family. That said, moments of loud noises and darkness used during the show may frighten some children.
What does ‘KOOZA’ mean?
The name KOOZA is inspired by the Sanskrit word "koza", which means "box", "chest" or "treasure", and was chosen because one of the underlying concepts of the production is the idea of a "circus in a box".
Reminder: Late comers will not be admitted until after intermission 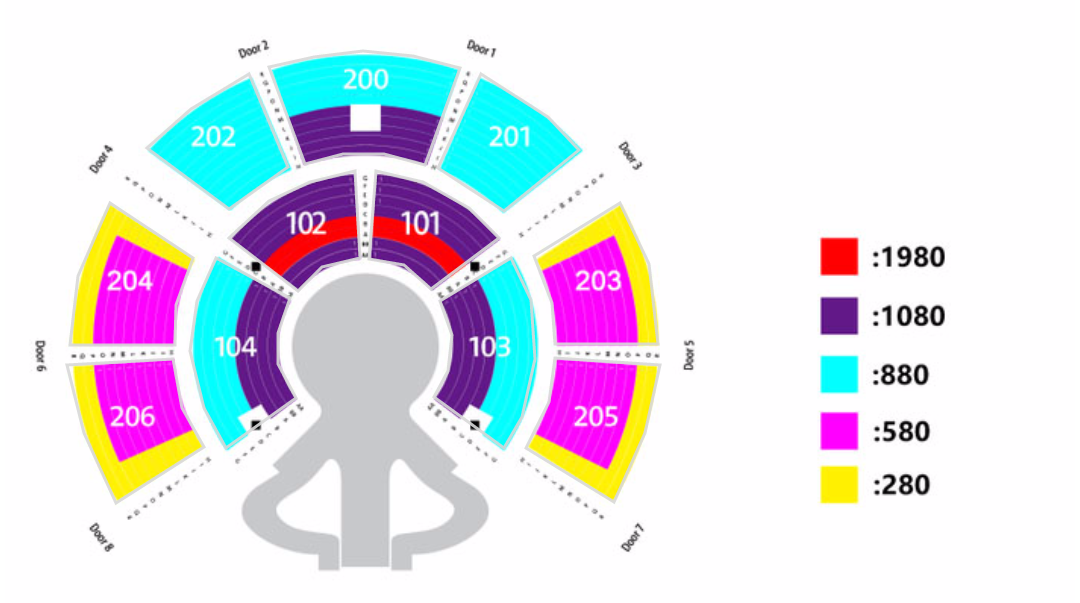