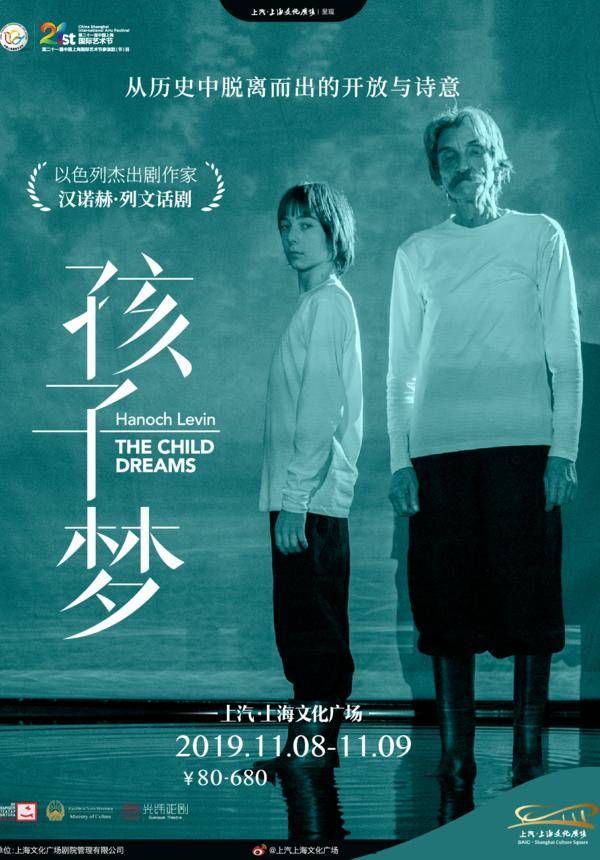 Venue:
Shanghai Culture Square
597 Middle Fuxing Road Huangpu Shanghai
Date:
11/9/2019
This ticket is only available as an e-ticket
After you have joined the waiting list, you will be notified if tickets become available via SMS.

- Receive Tickets via Express Delivery
- All Attendees Require a Ticket
- No Cancellation
“His plays open windows into our souls, to draw whatever we need from those deep chambers.” - London Guardian
An icon during his life, Hanoch Levin was Israel's most esteemed playwright. Prolific and controversial, his work of great psychological insight and poetry, have both shocked and entranced his audiences.A gripping story teller, trenchant, witty and poetic, Levin talks about the human condition in the most lucid, merciless, humorous, comprehensive and profound way.
A whole generation of Israeli theatre audiences and artists has grown up on Levin's performances with all their paradoxical complexities.
In total, Levin wrote 56 plays: political satires, family and neighbourhood plays, and mythical plays. Levin kept working until the very end, holding auditions for his newest play, Whiners, from his hospital bed in Tel Aviv. He died on August of 1999 at the age of 56. 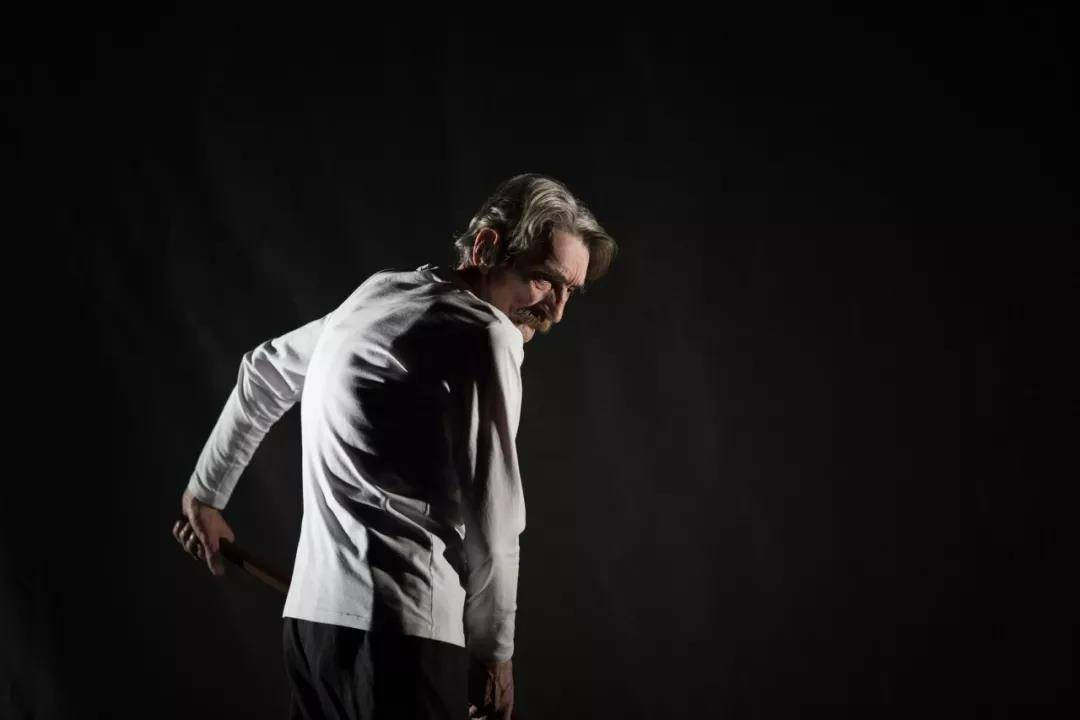 About The Child Dreams
Written in 1986 and premiered at Habima – Israel National Theater on 1993 'The Child Dreams' consider by many to be one of the most poetic text that had put on the Israeli stage.
The first drafts of the play were titled "The MS St. Louis – Death Chants" and as the name suggest, Levin initially wrote an historic text based on the true events of the St. Louis: a vessel that set sail from Hamburg to Cuba, on May 13, 1939 - with 937 German-Jewish refugees, following the violence of Kristallnacht. The refugees were denied entry to Havana. They then attempted to find refuge in other ports but were denied entry to the United States and Canada.
Sailing back to Europe, the refugees were accepted in several countries, yet ultimately, many perished in the Nazi concentration camps of WWII.
The finished play drifted away from an attempt to write an historic piece and became much more poetic, open and dreamy text.
The play unfolds the journey of one mother and her child to find asylum; after an army killed the Father and send them for exile, leaving their home behind. To the big ocean of the unknown they go, bagging for a safe shelter at a poor isolated island – willing to give up everything but life itself. Waiting for redemption in whatever form or shape it might appear in. Synopsis
The play is divided to 4 parts: THE FATHER; THE MOTHER; THE CHILD; and THE MESSAIH
And it tells a dream-like, multi-layer story of a small Child and his Mother, and their escape journey to a distant land, to the unknown. From the most solid state of a mother and a father gazing at their dreaming child, they are melting away from their home and warm bed and forced into the new status of refugees. Looking for shelter and for the possibility of redemption.
After the father has been murdered in-front of the Child eyes by the enigmatic character of - 'The Woman Born To Love' – the MOTHER and the CHILD are fleeing their home and getting on a smuggling boat (only after the MOTHER agree to have sex with the CAPITAN) on the search for shelter.
They arrive to a remote and poor island. All the passenger are stretching their hands to show the entrance visas – but with no help. There entrance is denied and they are asked to leave the port. With last effort to sick shelter they shout out to the island GOVRANER, who accept the entrance of the CHILD and no one else – not even the MOTHER.
After attempts of the MOTHER to convince the CHILD to stay in the island, the CHILD fight his way back to the boat and his mother, and giving up the possibility for shelter and life. At the last part of the play, the CHILD is dead. We don’t know when or how.
The MOTHER place him in a metaphysic island of dead children; after their final Farewell and separation the pile of dead children are waiting for the MESSAYAH to come and wake them up to life again. When the MESSAYAH finally come he appears as a kind of a peddler on the run – a swiss watch salesman who are far from the traditional image of the MESSAYAH.
It appears he was running away from the army and the COMANDER with his chaperon THE WOMAN BORN TO LOVE. After trying to bribe the soldiers with his watches, the COMANDER shoot the MESAYAH in the head and kill him. The army leave – not before they take the MOTHER with him to "balance out the warring forces."
The dead children are left there still hold on to the belief of redemption and the promise of resurrection, beside one child - Child Who Crumbled to Dust – who ask the CHILD to simply, come down. 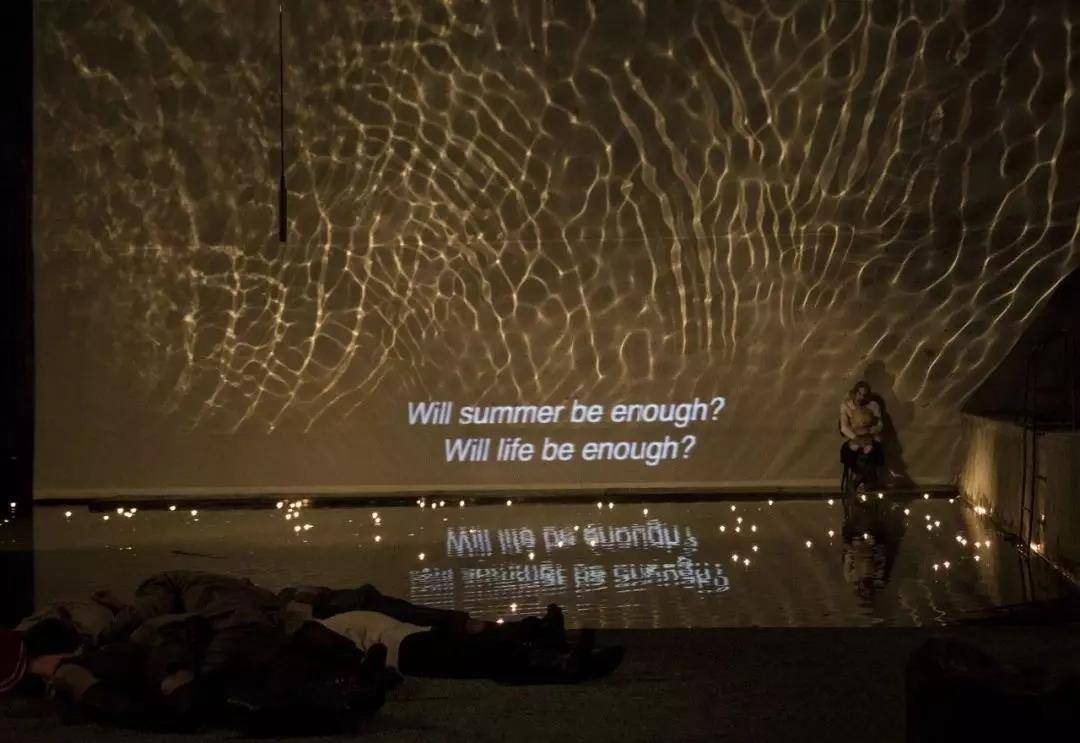 the National Theatre of Bitola
The creativity of the artistic repertoire is created in such a way to be followed the development of domestic drama, but very often there were some come backs to the classic and modern drama. During all these 74 years existence and work, National Theatre of Bitola has staged over 550 performances and more than 5. 000. 000 visitors.
The national Theater of Bitola and its long-standing upsurge in the cultural matrix of Republic of North Macedonia have indisputable significance. During its growth, this prominent theater, has manage to create unique theatre expression, rich and varied repertoire with undeniable esthetic values contributing to the theatre life in our country. 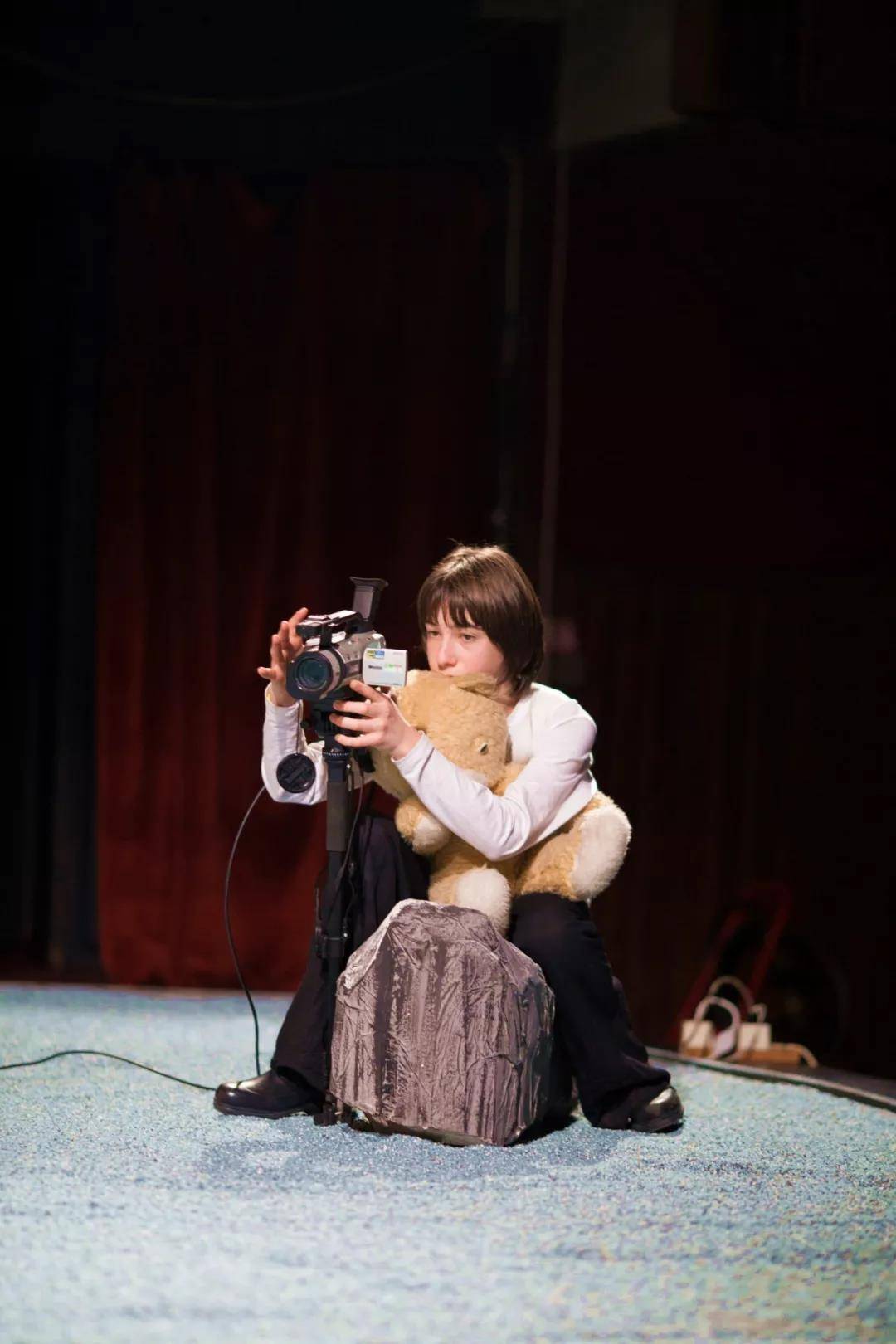 Bitola has always been an image of a global scene staging important plays, place for presenting wonderful theatre, strong artistic potential and majestic artists that have created numerous plays and received many recognitions and awards in our country and abroad.
In past years National Theatre-Bitola has took place in festivals and theaters all over the world. In countries such as Serbia, Montenegro, Croatia, Albania, Bulgaria, Greece,Slovenia, Bosnia and Herzegovina, China, Armenia, Romania, Germany, Sweden, UK, USA,Canada, Russia, Australia.
Over twelve thousand plays, from its constitution till present, have been staged at The National Theatre of Bitola, performed by several different generations of actors and attend by over five million spectators statistics that make eternal mark on the Macedonian as well as European culture scene. 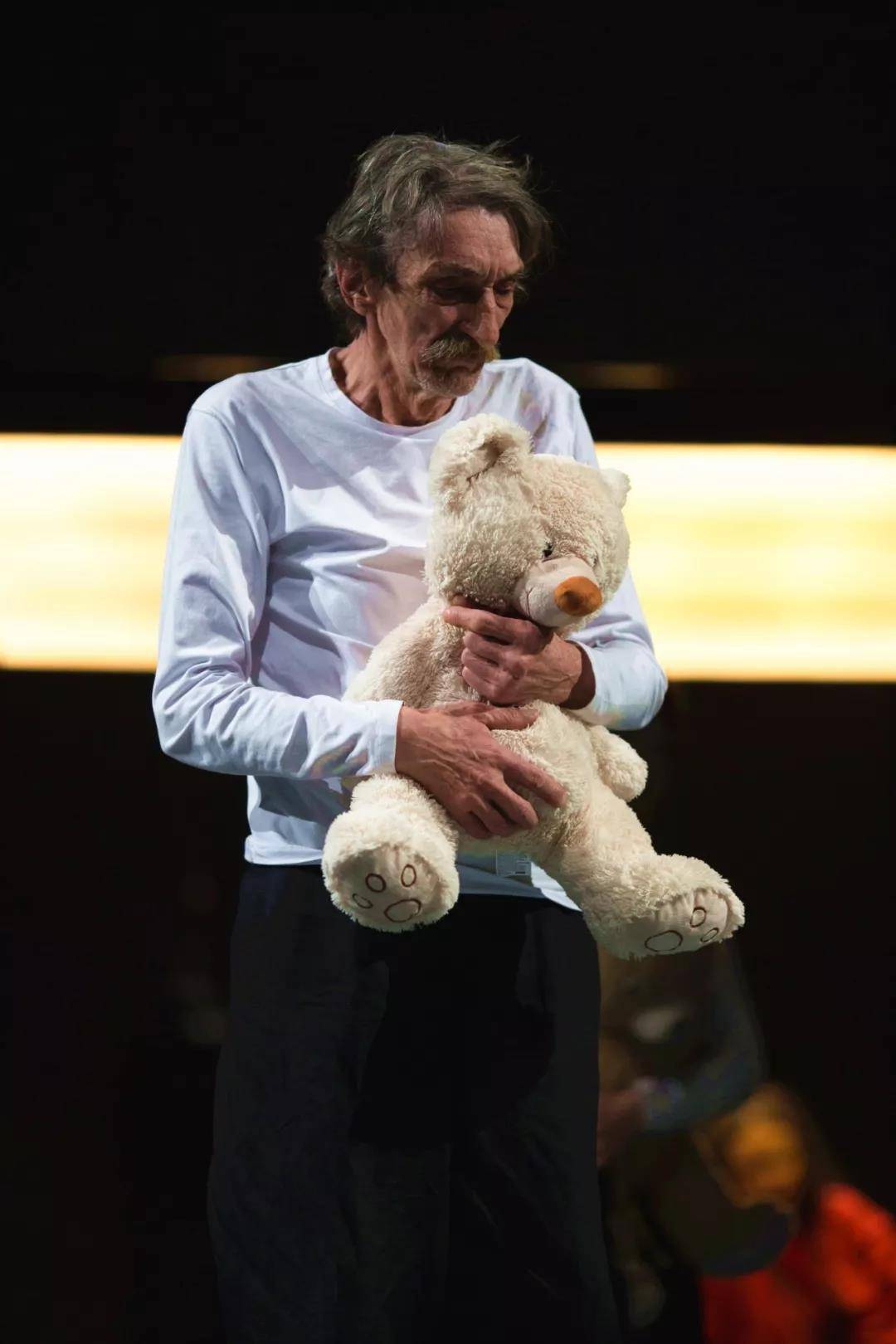 During the years, worldwide eminent directors imprinted their creative share in over 30 premiers at this theatre. Plays that, apart from the inspired diversity and creative enthusiasm, stand for the clear notion that revives every moment on the scene thus corresponding with our time of existence. Despite those plays, the theatre scene is marked by the number of playwrights and directors from the young generation.
To that extent, in the search for the European and world contemporary expression, many plays follow, with extremely ongoing topics, poetic and stylish goals, contemporarily engaged and methodical dramatic writing with a contribution to the highly artistic standards of the dramatic art that is still in progress and visible. Venue:
Shanghai Culture Square
597 Middle Fuxing Road Huangpu Shanghai
Date:
11/9/2019
This ticket is only available as an e-ticket
After you have joined the waiting list, you will be notified if tickets become available via SMS.