⚠️ Please book at least 1 working day in advance
👉 E-ticket Admission
👉 Each Attendee needs a Ticket
👉 Free for Children under 1.2m
👉 No cancellation

The most comprehensive exhibition of Andy Warhol in China to date reconsiders the breadth of the legendary Pop artist’s output, including nearly 400 drawings, paintings, photographs, and films from the The Andy Warhol Museum. 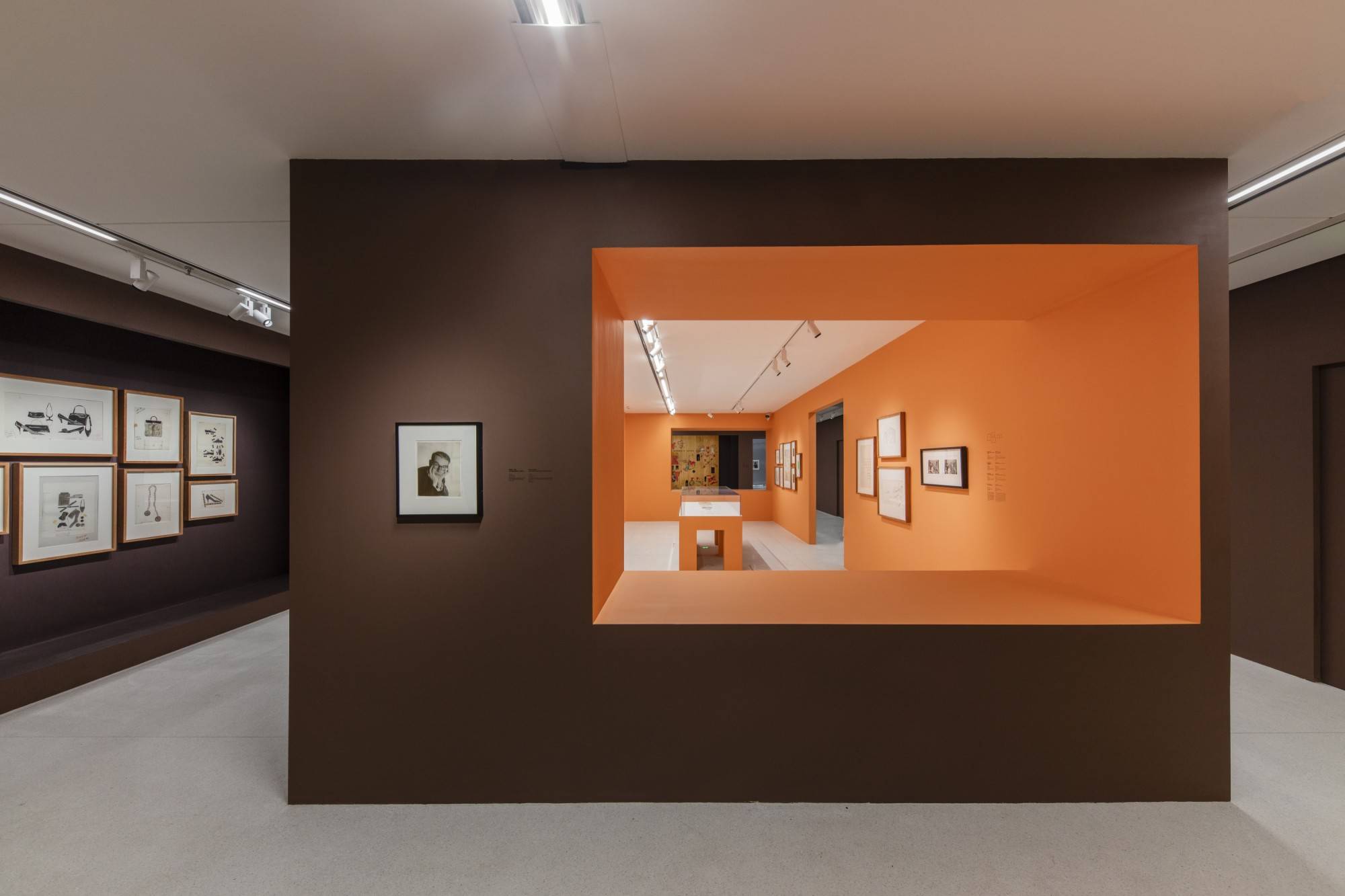 In UCCA Edge in Shanghai, “Becoming Andy Warhol” is the most comprehensive exhibition of Andy Warhol (1928-1987) staged to date in China. This exhibition brings nearly 400 works selected exclusively from the collection of The Andy Warhol Museum (Pittsburgh), including works that are displayed for the first time outside of The Warhol, with new attention paid to Warhol as a photographer and filmmaker. The exhibition reconsiders Warhol’s innovative and versatile artistic legacy and is informed by recent scholarship that candidly examines his life and prolific output with a more holistic understanding. It includes both representative and lesser-known works from various phases and aspects of his career, asserting Warhol’s anticipation of hybridity and repetition as primary influences in contemporary visual culture. “Becoming Andy Warhol” is produced in collaboration with The Andy Warhol Museum and curated by José Carlos Diaz, Chief Curator, and Patrick Moore, Director. The exhibition is designed by Xiaoxi Chen. 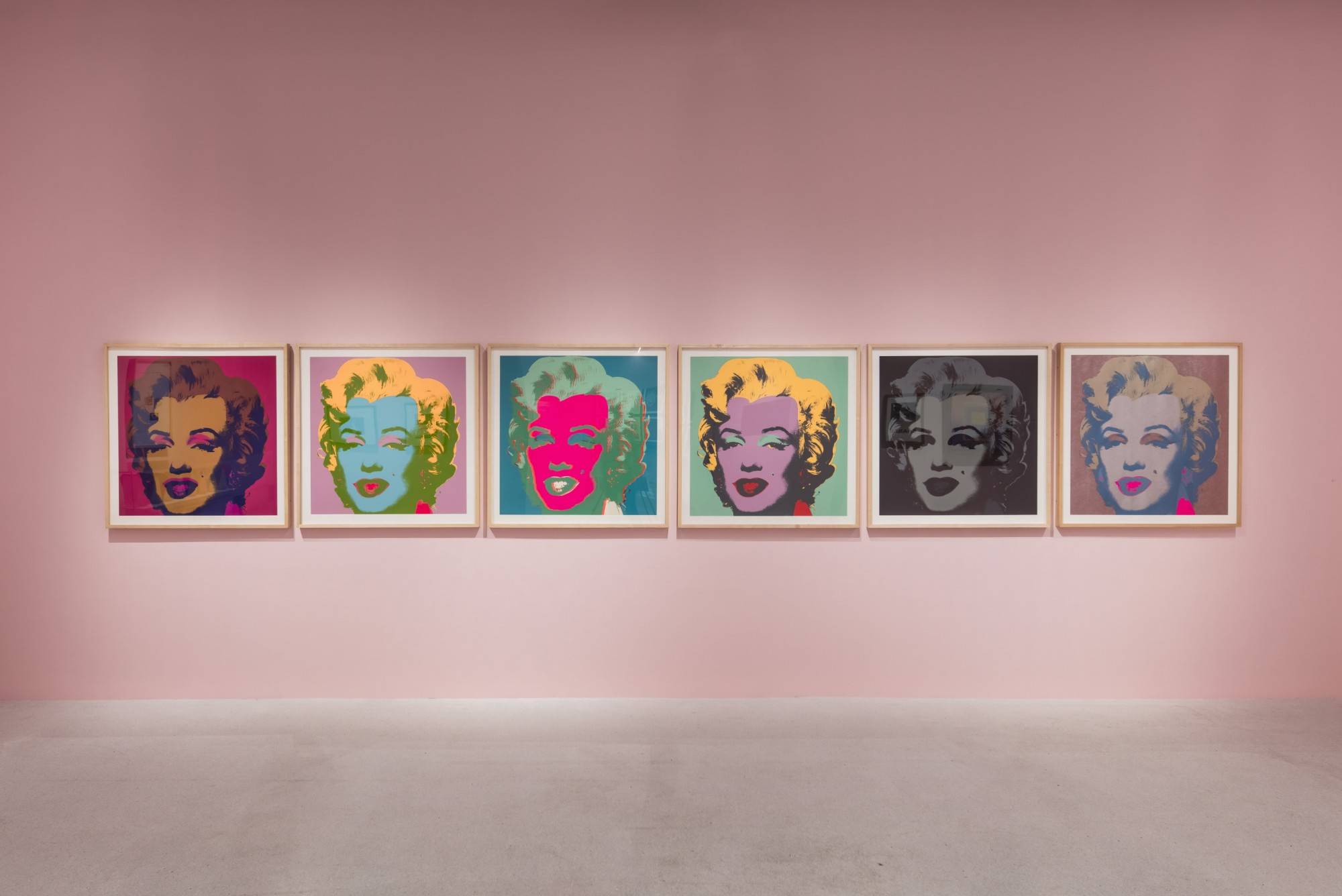 Structured in five sections, the exhibition crafts a non-linear exploration of the artist’s life and career through paintings, photographs, objects, and films, as well as archival items from his youth and images of Warhol as documented by contemporaries such as Stephen Shore and David McCabe. Through early drawings and historical photographs, “Origins” introduces the artist and his immigrant, Byzantine Catholic beginnings in working-class Pittsburgh, his close relationship and creative collaboration with his mother Julia Warhola, and Warhol’s successful foray into commercial art upon his move to New York City, where he created some of his first Pop paintings. This exhibition includes photographs and reconstructions of Warhol’s New York City department storefronts from the same period that were never before shown. “Warhol the Photographer” surveys the breadth of Warhol’s photographic practice throughout his career, both in subject matters and the variety of formats he experimented with, including portraits of his contemporaries and collaborators that served as source materials for his contemporaries and collaborators that served as source materials for his silkscreen portraiture, stitched photography, photobooth photographs, Polaroids, and more traditional black-and-white prints of nature, nightlife, and events Warhol occasioned—Warhol as an artist-photographer and as a documentarian of the world around him. Juxtaposed with his silkscreen paintings such as Flowers (1964) and a series of portraits, also on view are rarely exhibited equipment used by Warhol, such as Polaroid Big Shot cameras, an overhead projector used for hand painted Pop canvases, a 16 mm film camera, acetate studies, and original source material. 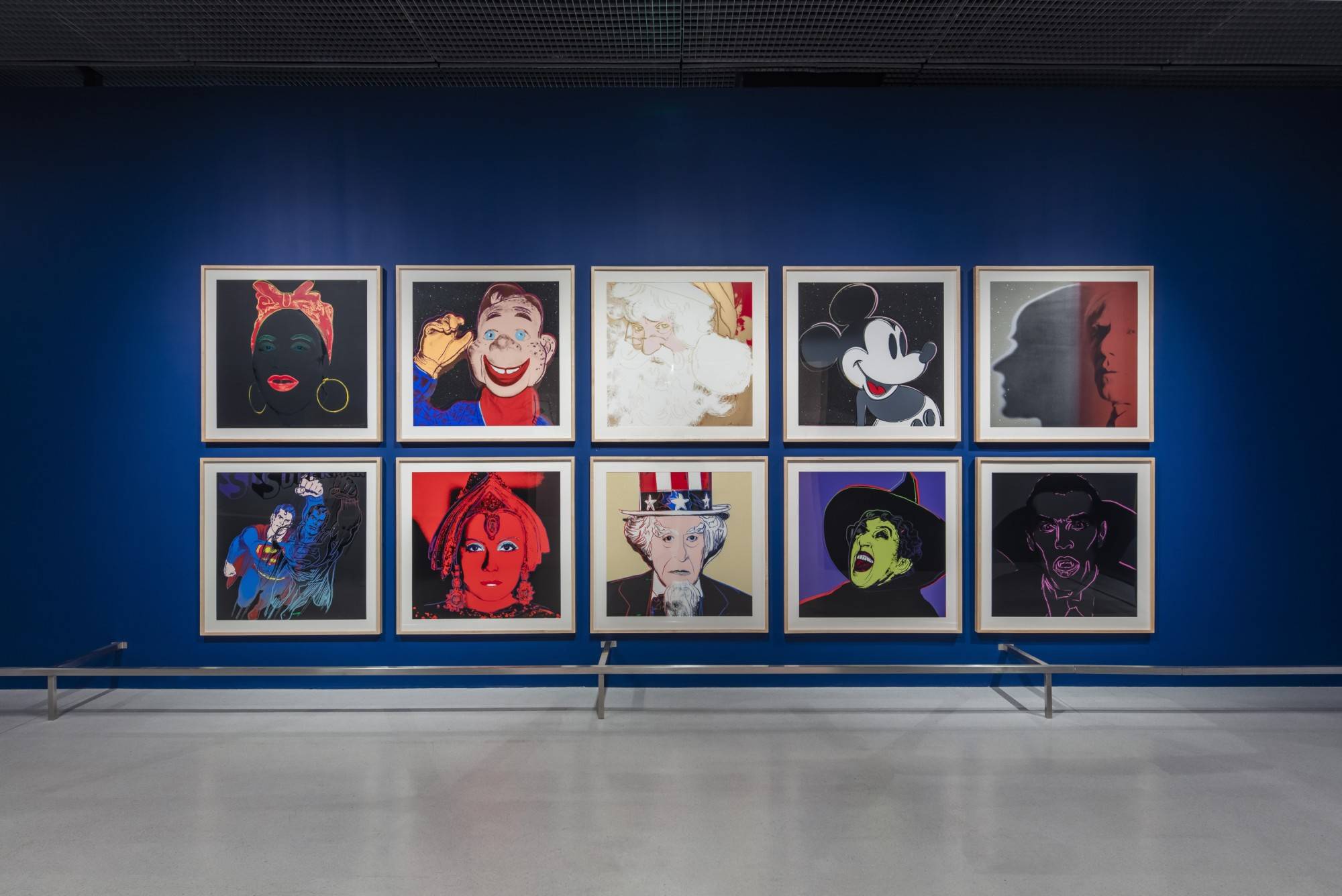 Warhol’s experimental films from the 1960s, after his Pop career took off, are presented in “Cinema as Object,” rooted in his Silver Factory studio that gave rise to the Superstars who starred in his films. Typically shown in isolated theater settings, the works on film in this section are liberated here to be viewed in an open pavilion area in the exhibition hall. Over 24 newly remastered works on view include rare Screen Tests, the iconic film Empire (1964), infrequently screened 16 mm works, and television productions from the 1980s. These artistic experiments were often supported by Warhol’s commercially successful paintings and editions of iconic brands, revisited here in “Warhol Remixed.” Warhol’s legacy as a business artist, as he remixed images and brands in his previous work with the culture of 1980s New York, highlight the artist’s deft understanding of commercial imagery in a suite of now-iconic works such as Campbell’s, Brillo soap pads, and Coca-Cola, as well as updated versions of his Marilyn Monroe screen prints. The evolution from the gestural, hand-painted nature of the 1960s to the slick flatness emblematic of American visual style in the 1980s tracks the innovative techniques and stylistic twists Warhol adopted for the changing trends and norms in America, as well as his own artistic development. 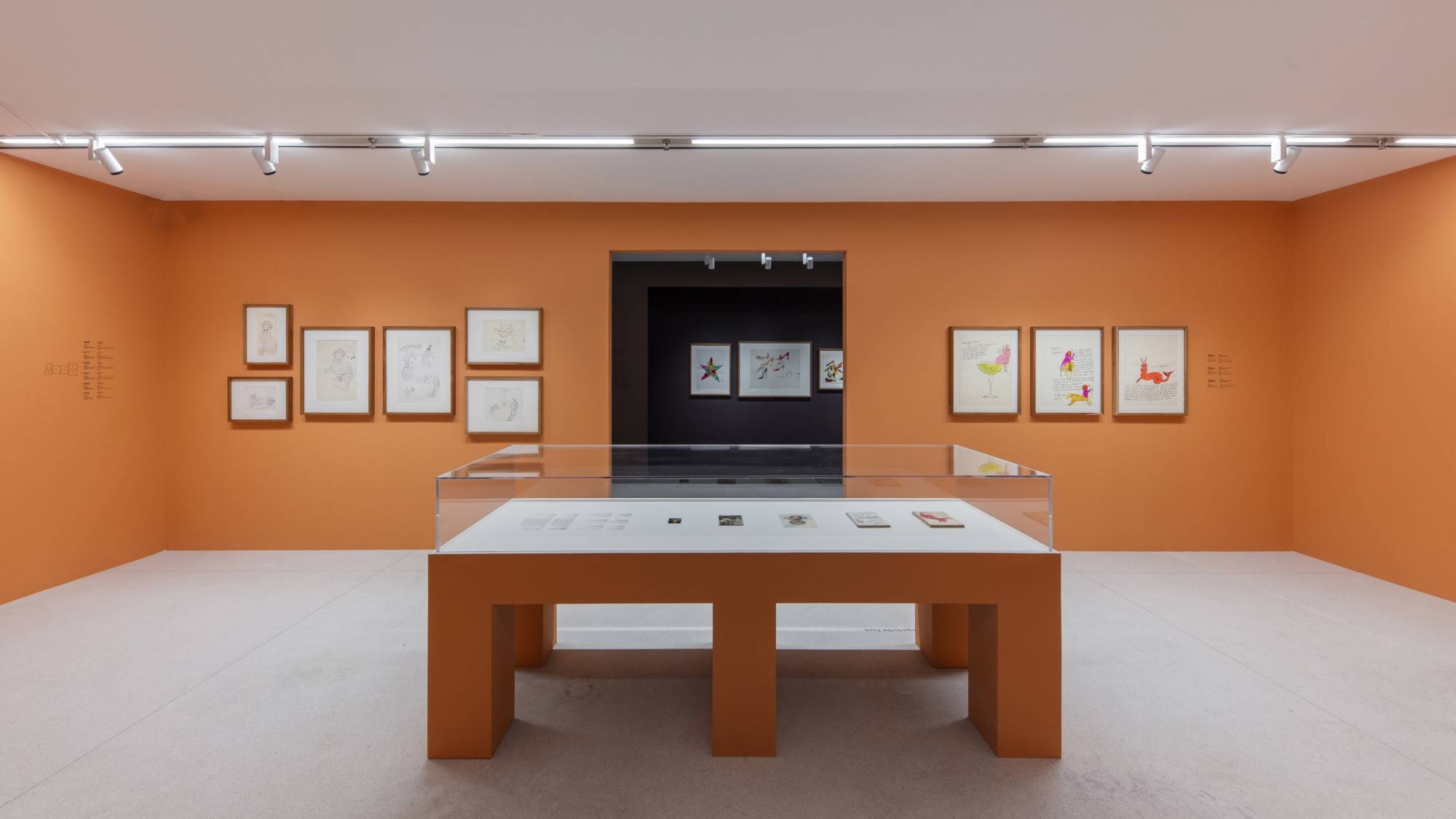 Lastly, “The Immaterial” explores Warhol’s confrontation with the spiritual and his turn towards abstraction and conceptual art towards the end of his life, in series such as Camouflage (1986) and Rorschach ink blots (1984). This section also includes Warhol’s self-portraits from the late 1970s and the Myths series (1981) in the early 1980s that would elevate the artist as an American myth and Pop saint he became after his unexpected passing in 1987.

The exhibition refreshes the particular relevance of Warhol’s connection to contemporary pop culture, communication, and youth culture in his ravenous, generative approach to a wide range of media—fine art, commercial illustration, experimental filmmaking, masterful appropriation. It highlights the central role he played in shaping culture through the integration of art and urban life, and his observant engagements with nightlife, Hollywood, fashion, and music during America’s postwar period of economic growth and societal progress. “Becoming Andy Warhol” positions the artist as an exemplar of self-invention and the American dream, taking on a new endurance in a world that continues to arch towards his influences and legacy.

Transporting Warhol’s influence into the present, the Pop Factory section of the exhibition pays homage to the spirit of Warhol’s Factory as both the artist’s studio and a meeting place for gathering among friends. Outfitted with a replica of the ironic red couch that was a staple at Warhol’s Factory, this Pop Factory is a space for visitors to experience the artistic bustle of Warhol’s Factory hands-on, where visitors can pose on the red couch as the Superstars had done, as well as create their own silkscreen artwork with a special edition heat press kit produced in collaboration with MIYA, available at UCCA Store. 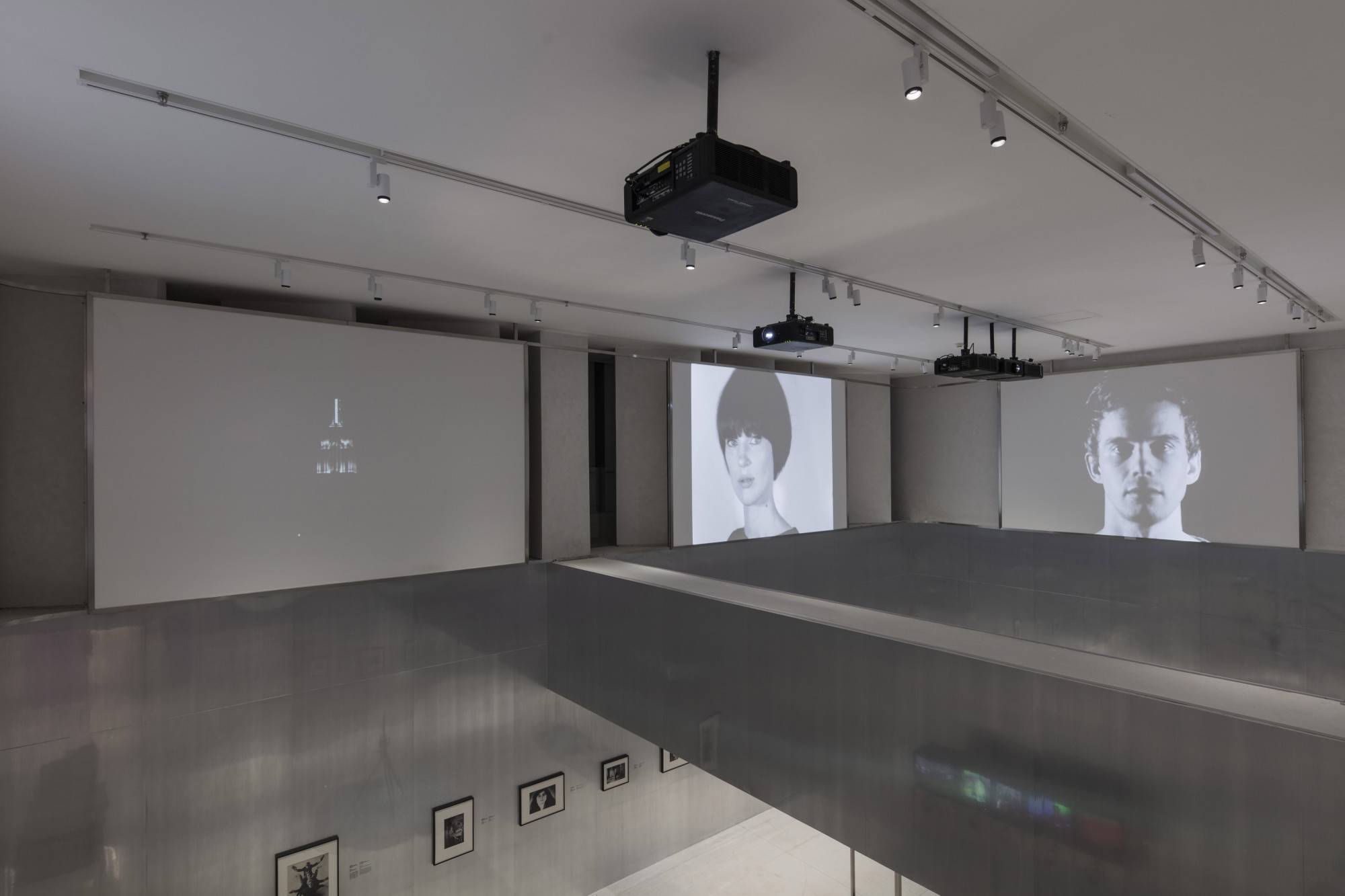 Andy Warhol was born Andrew Warhola on August 6, 1928, in a two-room apartment at 73 Orr Street in a working-class neighborhood in Pittsburgh, Pennsylvania. He attended Carnegie Institute of Technology (now Carnegie Mellon University) from 1945 to 1949, and began his career in New York City as a commercial illustrator. From the 1940s to his death in 1987, Warhol was a prolific artist and entrepreneur. He was a painter, sculptor, illustrator, photographer, and experimented with new media—publishing, film, music production, television, fashion, theater—throughout his career.

1. Each attendee needs a ticket.

2. Children under 1.2m are free for enterance.