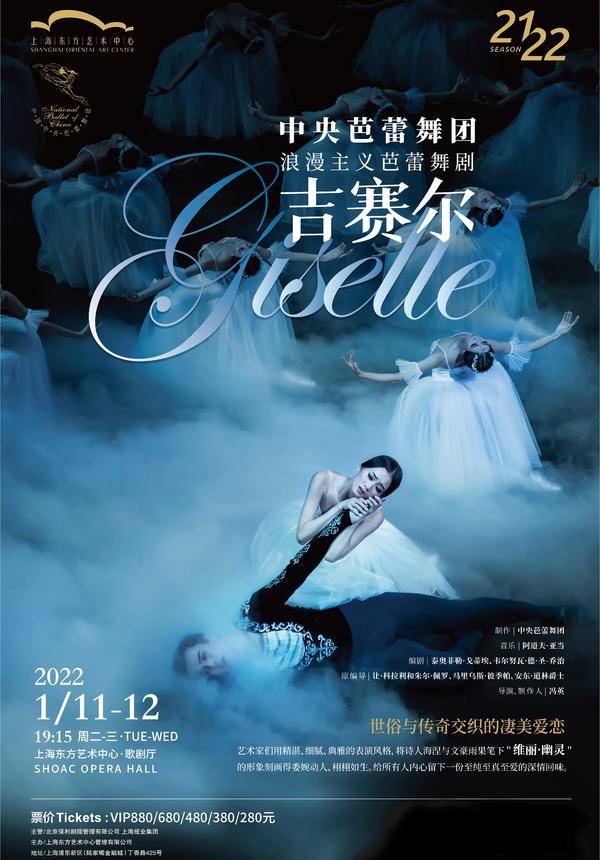 A story of love, betrayal, and redemption between merry village festivities and the ghostly flock of the fascinating but ruthless Wilis, Giselle continues to move audiences with its charming narrative and the moving performance of its protagonists.

Animating the contrast between a bright and cheerful world to a dark and frightful kingdom populated by spirits, Coralli and Perrot’s unforgettable romantic ballet returns in the rendition of Yvette Chauviré, who – through the refined precision of roles like Giselle – has succeeded in exalting the purity of the classical tradition and making it famous around the globe. The musical accompaniment will be entrusted to the Orchestra of the Accademia Teatro alla Scala.

ACT I: A VILLAGE IN THE GERMAN RHINELAND

On an autumn day, a peasant girl named Giselle – who loves to dance but suffers from a weak heart condition – is pursued by Albrecht, the Count of Silesia; she is unaware of his noble status as he disguises himself as a peasant and thus sees no harm in their flirtation. The gamekeeper Hilarion, who is also in love with Giselle, is suspicious of Albrecht who has won Giselle's affections, and tries to warn her, but she ignores his warnings while he continues to investigate.

The villagers are visited by the Duke of Courland and his daughter Bathilde who is betrothed to Albrecht. When it is realized that both young ladies are engaged to the same man and that indeed Albrecht is a nobleman, Giselle is heartbroken. She attempts to kill herself with Albrecht’s sword but upon failing, goes mad. This frenzy of despair is too much for the girl’s heart and she dies.

Between midnight and dawn, the Wilis of the forest – led by Queen Myrtha – appears to avenge the grief they suffered while alive from the betrayal of men they had loved. They force any man who enters their territory to dance until their death. Hilarion comes to mourn Giselle and is victim to the Wilis’ malice.

When Albrecht enters the realm, Giselle pleads with Myrtha to forgive him. She denies the young girl’s request and orders her along with the other Wilis to dance with him until his death. Giselle manages to keep him alive until the light of dawn, thus sparing him the same fate as Hilarion.