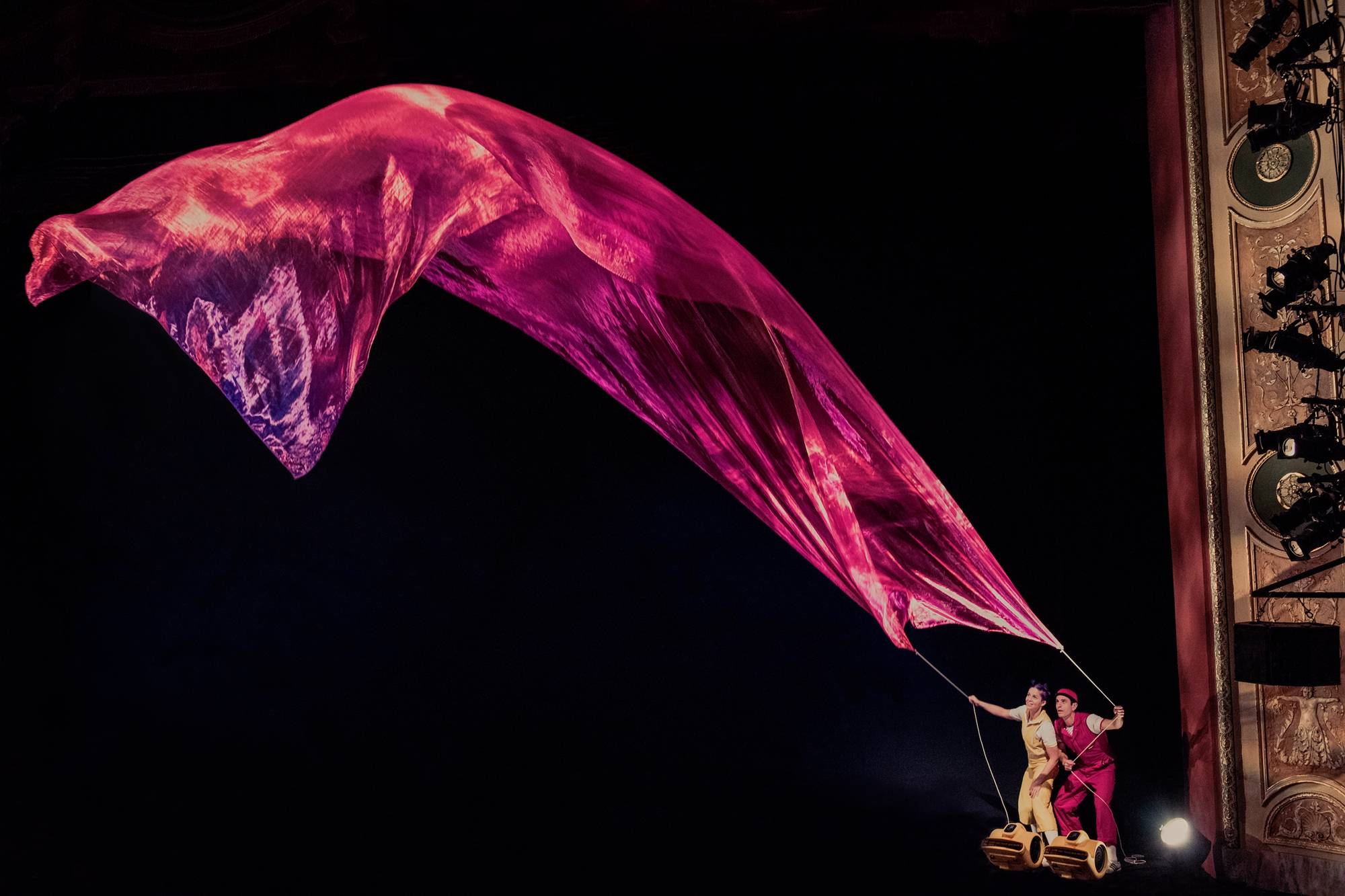 Ride the wind and dream with Air Play, a modern spectacle that brings to life the very air we breathe. Flying umbrellas, larger-than-life balloons, giant kites floating over the audience, and the biggest snow globe you’ve ever seen will make you gasp in wonder and laugh until it hurts. Air Play is a circus-style adventure of two siblings journeying through a surreal land of air, transforming the ordinary into objects of uncommon beauty. Fabrics dance in the wind, balloons have a mind of their own, confetti turns into the night sky, and an enormous canopy of hovering silk forever alters their future.
The creation of husband & wife team Seth Bloom and Christina Gelsone, Air Play merges their circus and street theatre performance art with the sculptural artistry of Daniel Wurtzel. With visual images seemingly sewn from the sky, this poetic ode to childhood will enchant and electrify the young and young at heart. 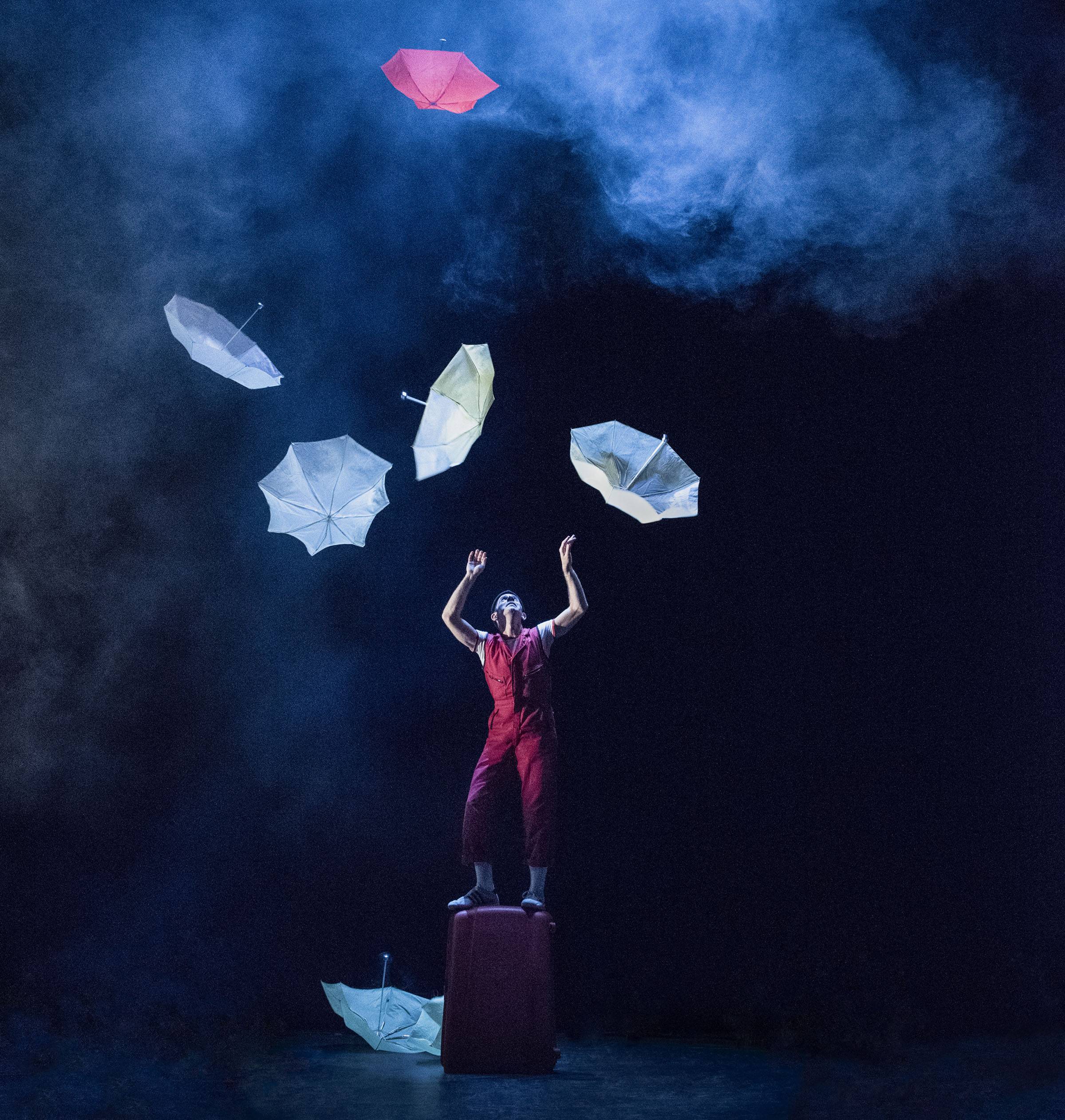 Performance: Acrobuffos
Acrpbuffos are Seth Bloom and Christina Gelsone. They met at a circus in Afghanistan, were engaged while street performing in Scotland, and married in China.
They have performed in over 20 countries, juggled on Letterman, headlined at the Big Apple Circus, and were featured in the New York Times. Seth (a former professional juggler) graduated from 3 clown schools and Christina (a former professional ballerina) graduated from only one -- and Princeton. They live in Harlem. 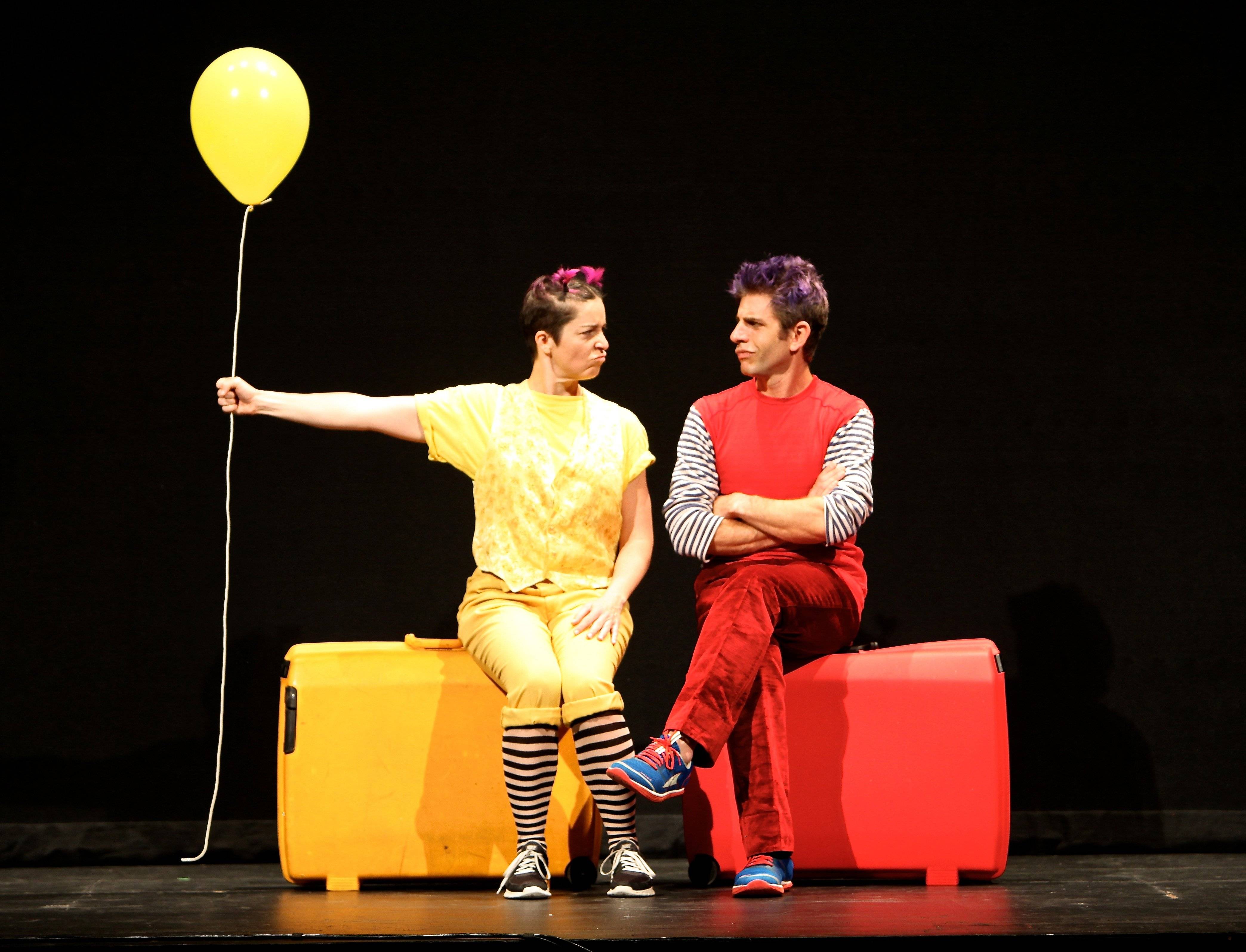