Venue:
Bandai Namco Shanghai Base Future House
179 Yicang Road Putuo Shanghai
Date:
9/25/2021
This ticket is only available as an e-ticket

The Valley Voice's new Acappella concert for 2021 is coming to you on September 25! 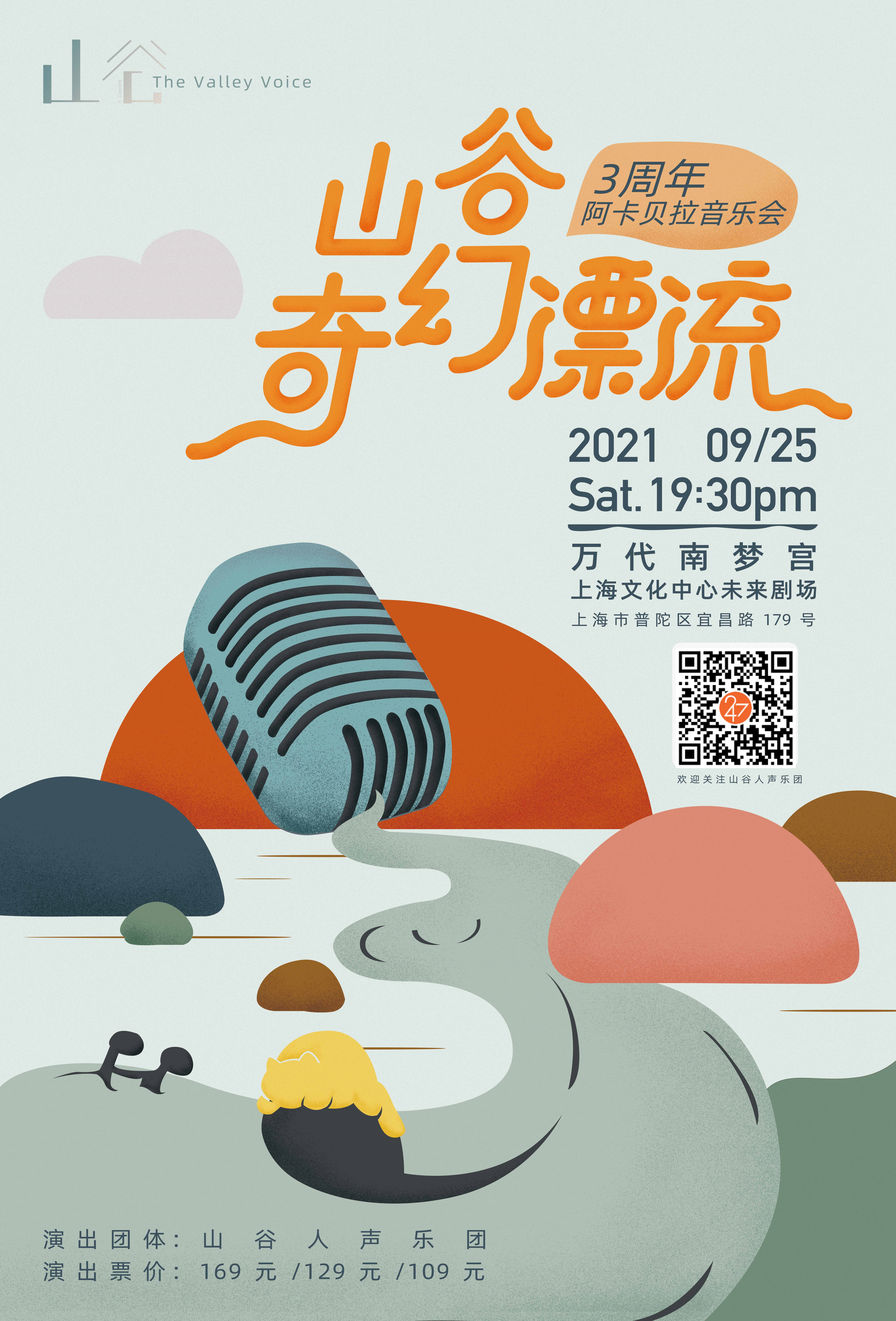 As a vocal ensemble with 100% choral veterans, 100% instrumentalists, and 20% professional members from music colleges, The Valley Voice endeavors to expand the boundaries of vocal interpretation of music, hoping that the collision between a cappella with classical music, jazz, world music, dance music, etc. can create beautiful sparks, bringing The Valley's broader imagination of music to the audience. 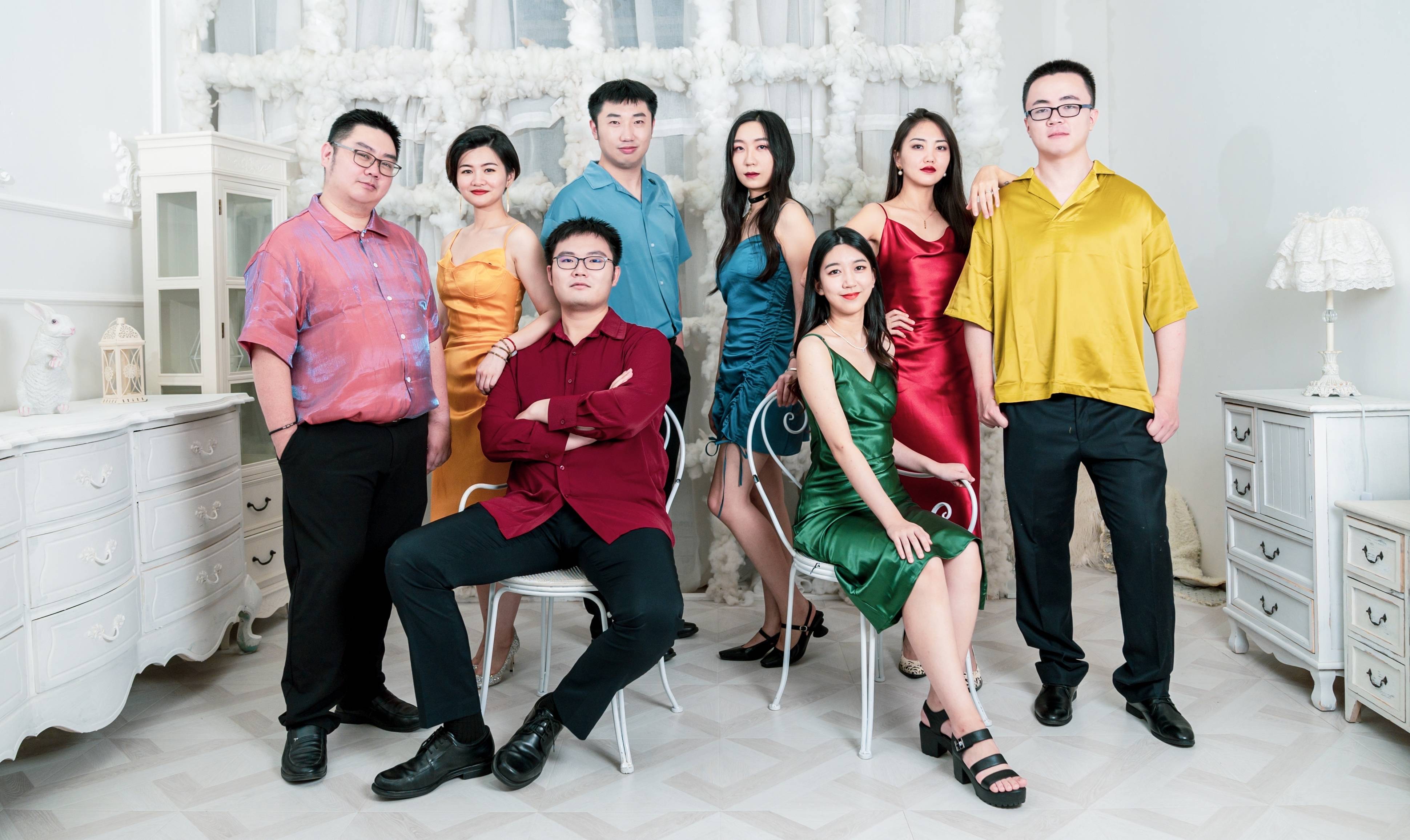 This special performance is an audio-visual feast hand-picked and rehearsed by The Valley Voice for two years. The special musical styles include classical, jazz, ethnic, dance music, musical theater, etc., and is interpreted in Chinese, English, Japanese and Latvian. On top of refining its vocal interpretation of music, the Valley has also polished its stage arrangements, whilst having new and original arrangement and choreography for "Chivalry" (《骑士精神》). The list includes many songs familiar to veteran listeners of the a cappella scene, as well as songs that are new to music lovers. Let's follow Dong Wenhao, the music director of The Valley Voice, to learn about the history of the songs that are the highlights of this special performance.

"Why would you choose a song like this that doesn't have details of it on mainstream search engines?"

I heard an accompaniment chorus version of this song initially. It was a sophisticated piece to listen to, with a certain level of difficulty and very strong religious musical overtones. The song serves our principle of trying different styles of music. There is no score available since the song is quite old, thus our group member, Shen Qiu (The Valley Voice Alto), crafted the score based on the performance video.

"What language is this? What is the source of this song?"

This is a folk song in Latvian, which may not be familiar to our domestic listeners, but its original song is a popular work in Latvia. When I heard this song for the first time, I felt that it was very in line with the temperament of The Valley: it was very ethereal, with a sense of narration. Additionally, in terms of musical expression, the solo part of this song is very compatible with Hong Fei (the Soprano of The Valley), and the entire voice structure is in line with The Valley.

"The song is called "Acappella", how do you interpret the relationship between the song and acappella as a musical form, and with The Valley?

This song best expresses The Valley members' understanding of acappella as a form, symbolizing our love for vocal music. This song is a score I found in Taiwan during my early days, which has been neglected for many years because I could not find the right opportunity to perform it. Then I took it to The Valley, we played it once and we were amazed at how good it sounded! Plus, the solo was perfect for Zeng Yunfan (The Valley Voice Soprano). We hope that the audience can feel the joy of music through the interactions between the tune.

"This song is the most familiar to us on the list, what kind of innovative considerations are there in this remaking?"

This is my first time arranging music for The Valley. In the process, I collected the more exotic musical elements from my travels, and let them beautify the whole musical presentation. I’ve also added a B minor fugue in the middle section of the piece, in a bid to fuse in elements of baroque organ music.

"Is dance music a lesser-exposed repertoire for The Valley?"

The Valley has never rejected any style of music, but strives to give each style of music a unique "Valley tone". For the song "Chivalry", we delegated the parts based on each member’s unique tone of voice, then choreographed the dance, hoping to bring not only quality music but also serve a quality stage.

Little Organ Fugue, BWV 578 - The intersection between the human voice and classical music

"Is this a song without lyrics?"

Yes, the song is a classical adaptation, we wanted to explore the vocal styles outside of the two main genres of pop and jazz. The Valley wants to convey to the audience the diversity of music.

“In your understanding, in terms of the same musical structure, what’s the difference in expression between vocals and instruments?”

Both instrumental music and vocals each have their advantage of expression that cannot be replaced by the other, but the timbre of instrumental music is relatively fixed, and its plasticity is not as strong as that of vocals; moreover, vocals have a very strong personality, for example, the same tune, sung by another person, will have a different atmosphere and effect, and this complexity and subtlety is very attractive.

The Valley Voice, with its enthusiasm and sincerity for the acappella stage interpretation, is looking forward to your arrival on September 25, to embark on the boat of vocal interpretation and drift to explore the vast world of music!

2. Please wear a mask from the time you arrive at the theater until the show is over.

3. When entering the theater, please show your GREEN Health Code, and make sure your body temperature does not exceed 37.3°C.

4. Please keep a safe social distance of more than 1m from other audience members and follow the arrangement of the theater staff.

Venue:
Bandai Namco Shanghai Base Future House
179 Yicang Road Putuo Shanghai
Date:
9/25/2021
This ticket is only available as an e-ticket