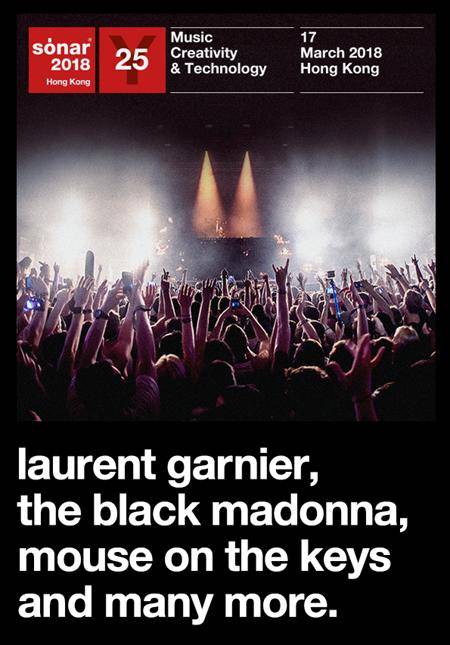 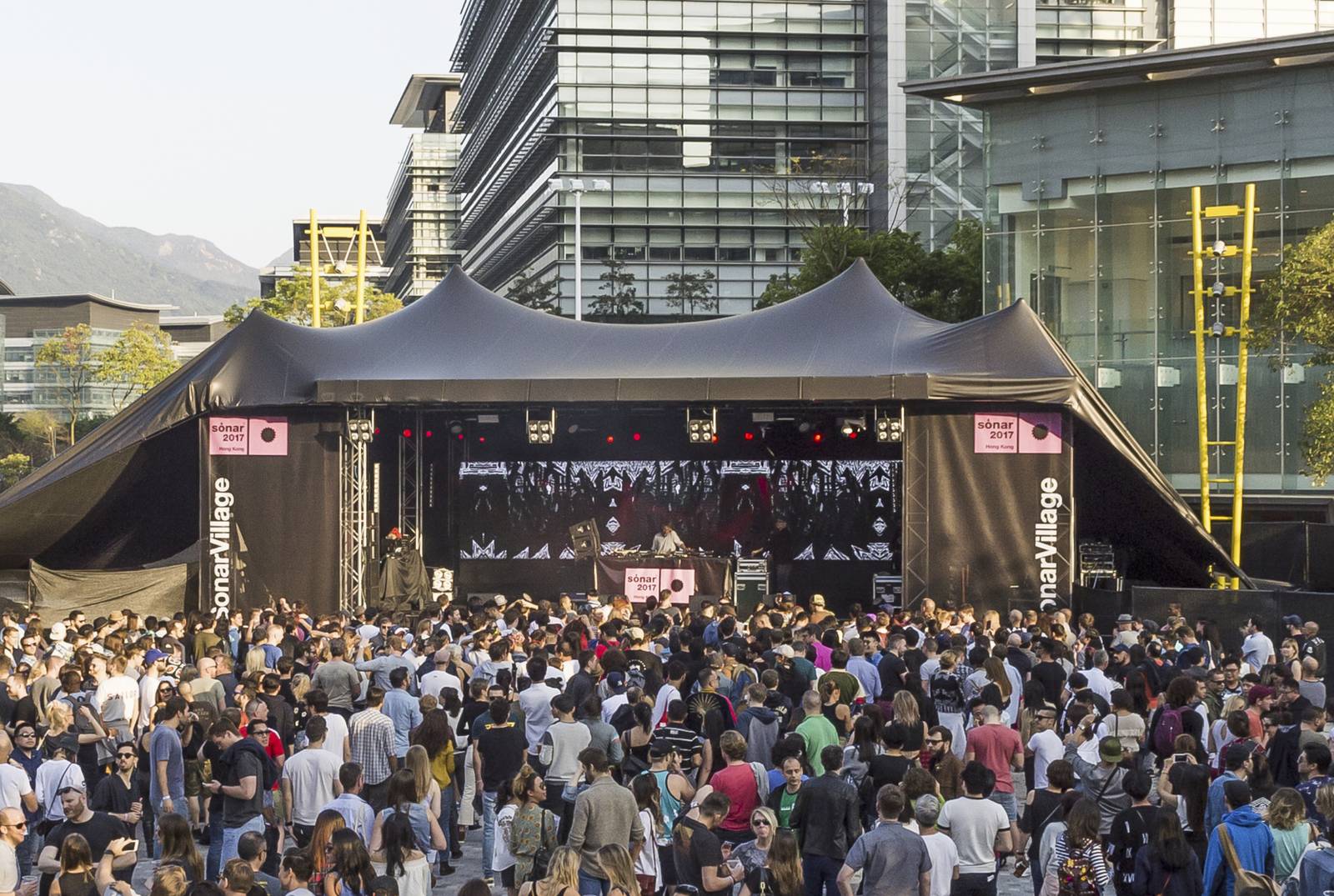 Featuring a deftly curated blend of globally renowned acts and emerging talent, the festival gives Hongkongers the chance to experience the finest and most innovative electronic music around. From dancefloor dynamos to experimental mavericks, Sónar presents an unrivalled collection of live acts and DJs that will perform across five unique stages – two outdoor and three indoor – to give fans an audacious assortment of audiovisual entertainment options throughout the day and night. In addition to its music lineup, the festival also announced details of the Sónar+D creative technology programme, which features a cornucopia of technology-driven attractions, celebrating digital culture, including workshops, talks and keynote speeches, prototype demonstrations, interactive virtual reality experiences, new media arts installations and avant-garde performances. 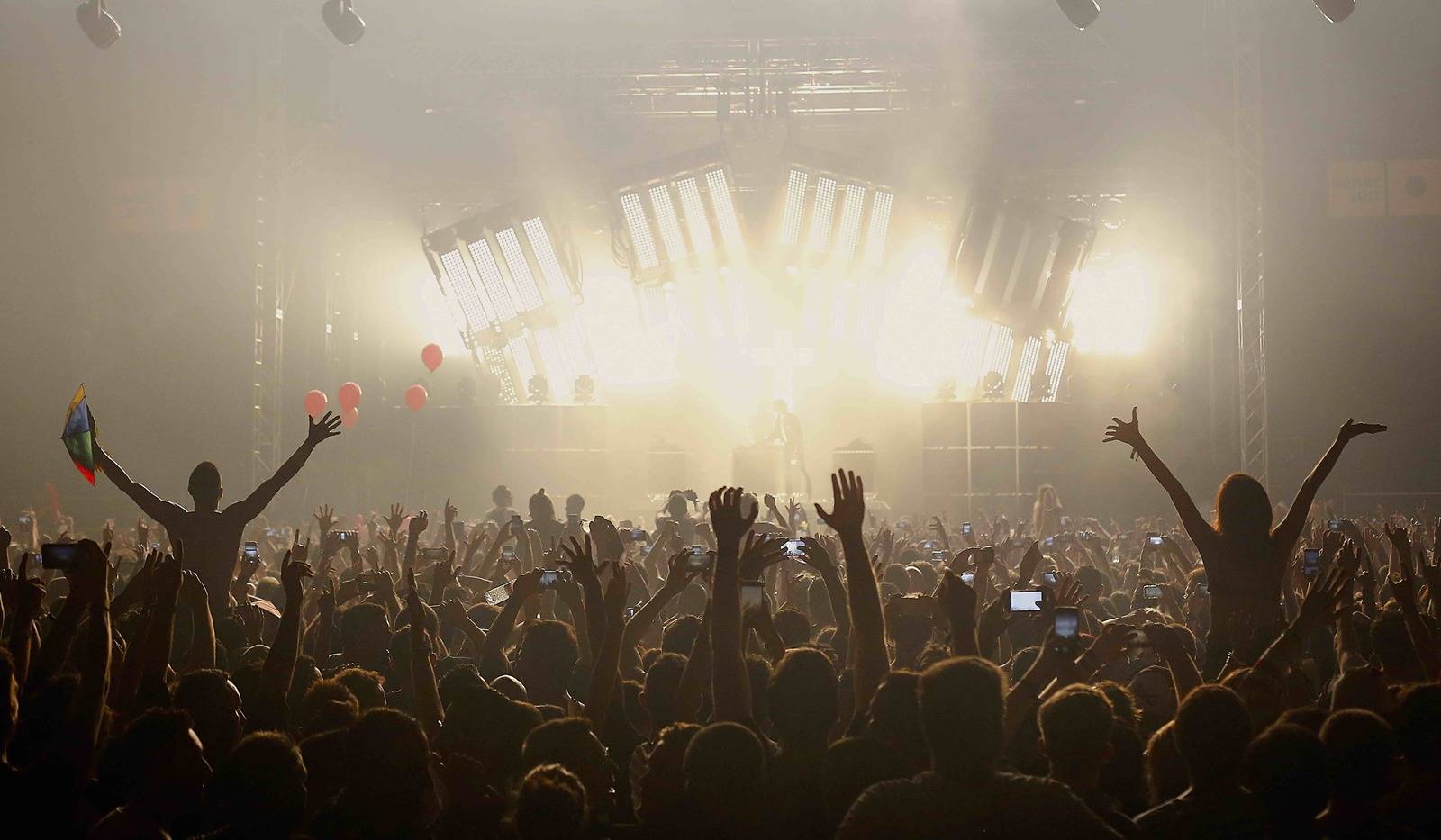 Representing the entire spectrum of electronic music – from house and techno to hip-hop, breakbeat and experimental – Sónar’s music programming is diverse, discerning and decidedly different. Featuring the best international, regional and local talent across six individual stages, the festival offers fans a supremely eclectic choice of live experiences at any given moment, from epic outdoor performances to intimate indoor sets and immersive audio-visual shows.

Uniting all corners of the dancefloor with their big-room beats, these electronic masters are set to blow the roof off this year’s Sónar Hong Kong. Revered by DJs, critics and music fans the world over, electronic maestro and Sónar Barcelona favourite Laurent Garnier (FR) is simply one of the most influential DJ/producers of all time, famed for his ability to electrify crowds with his supremely danceable sound. The Black Madonna (US) will be out to show why she was named Mixmag’s DJ of the Year in 2016 with a euphoric sound that also saw her close the 2017 Sónar festival in Barcelona in front of 15,000 rapturous fans. And don’t miss Jackathon/Get Physical trailblazer Heidi (CA), who’ll be turning up the good-time-vibes dial with her infectious blend of soulful techno and funky house.

Best known for their incredible onstage performances, these acts bring a whole new dimension to the live music experience. Blending jazz, funk and post‐rock with their own unique take on electronic music, Mouse on the Keys (JP) deliver performances that are as striking visually as they are aurally. Fresh from the release of their acclaimed third album, ‘Love What Survives’, Warp Records duo Mount Kimbie (UK) bring their live-instrumentation-driven post-dubstep sound to Sónar, while Toronto’s hip-hop-loving electronic trio Keys N Krates (CA) will be delivering their signature killer live show built around their sample-drenched debut album, ‘Cura’.

The sounds of the underground are out in force at Sónar Hong Kong. Bridging the music scenes of Europe and Asia by promising to bring the “finest bass kung fu from Berlin to the world”, dynamic duo Symbiz (DE) serve up sonic assaults that combine hip-hop, Afrobeat, dancehall, dubstep and a whole lot of bass to ground-quaking effect. One half of Digital Mystikz and driving force behind Brixton’s influential DMZ club night, Deep Medi Music label boss Mala (UK) is a titan of London’s dubstep scene. Representing the Hong Kong underground scene is trap rapper Fotan Laiki (HK), who has become a cult sensation among Hong Kong Hip-hop fans, and one of the most distinctive voices for the city’s disaffected youth; and Yeti Out presents Silk Road Sounds Experience (HK), featuring Delf, Demon Slayer, Derick Van Wijk and Wild$tyle Records mastermind and local Hip-hop don Young Queenz.

Sónar is famed for providing a platform for the edgiest electronic acts around, and Hong Kong fans can look forward to seeing some of the most cutting-edge artists ever to play in the city. Walking the line between experimental soundscapes and dancefloor-friendly rhythms, Jacques (FR) composes electronic music that he says is designed “to make normal and strange people dance together”. Born in Iran and raised in the Netherlands, singer/songwriter Sevdaliza (IR) combines emotionally charged lyrics with experimental pop and trip-hop beats. And Hyperdub artist Laurel Halo (US) weaves strands of synth-pop and experimental techno into her beguiling avant-garde soundscapes. 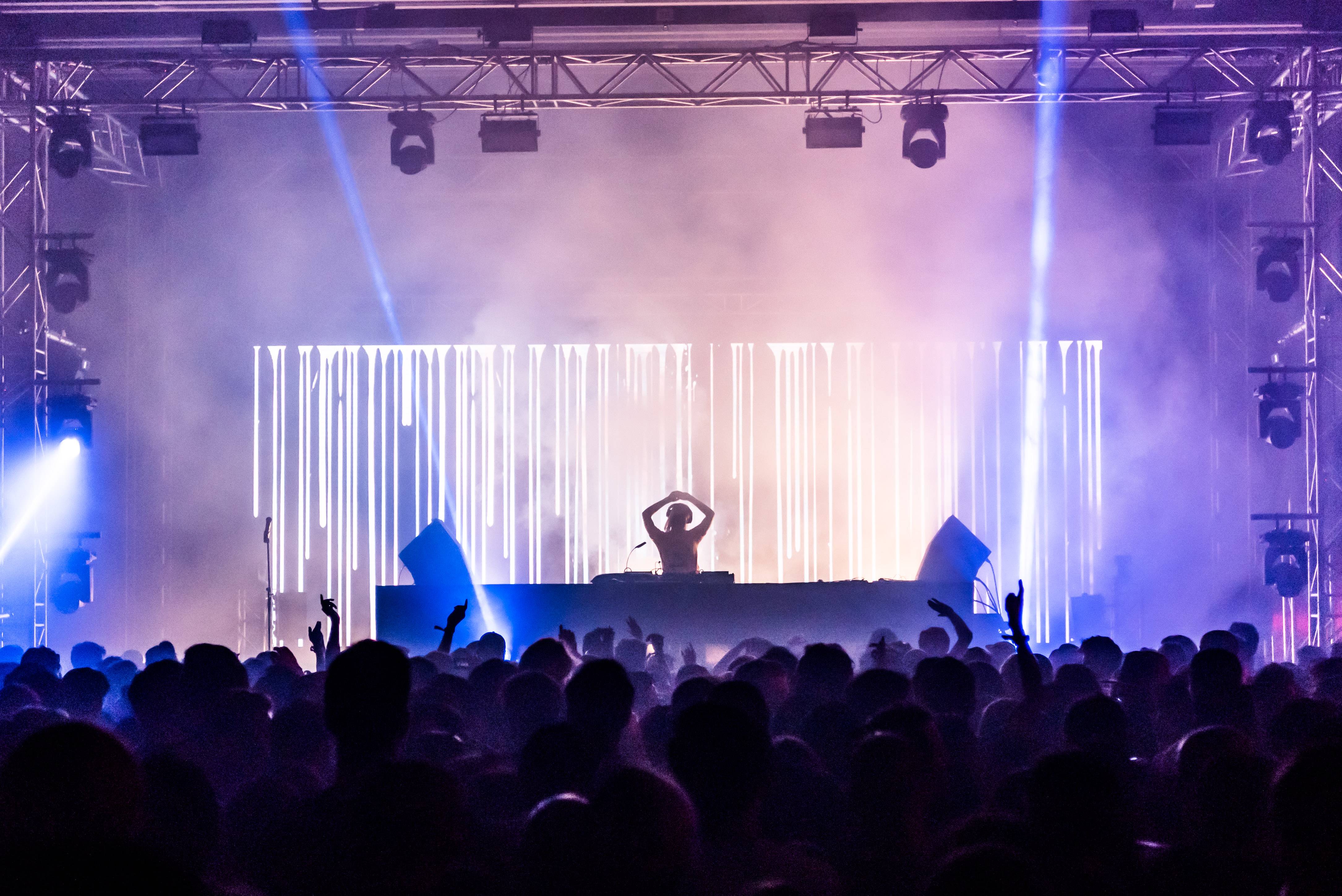 Sónar may be known for its music, but the festival also has a growing reputation for promoting the best and brightest innovations in creative technology through its Sónar+D programme. Offering a unique insight into the creative process – from ideation to development to final execution – Sónar+D gives attendees the opportunity to follow, and even participate in, the entire lifecycle of innovative technologies.

Geared to both creative technology enthusiasts and total novices with a sense of adventure, Sónar+D is accessible, inspirational and way ahead of the curve. 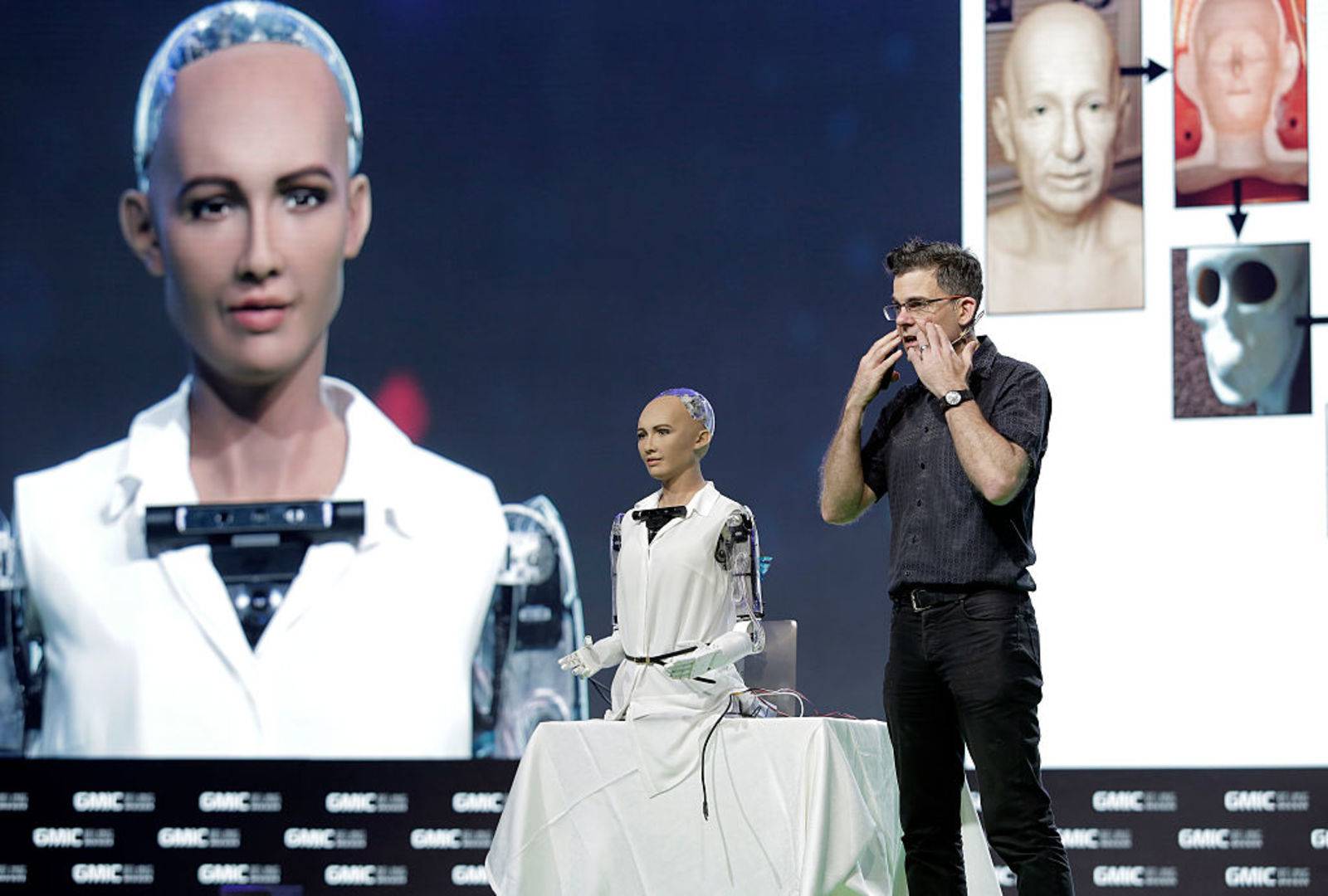 [AUDIO-VISUAL PERFORMANCE] Ei Wada – Open Reel Ensemble (JP)
Two-time winners at the Japan Media Arts Festival, Ei Wada’s Open Reel Ensemble are one of the most unique acts around. Using 1970s-style reel-to-reel tape decks connected to computer controllers and a weird and wonderful variety of outmoded electrical appliances, the group deliver a live musical performance that is as strange as it is compelling.
Learn more: eiwada.com

[VIRTUAL REALITY] New Reality Company: Milica Zec & Winslow Turner Porter III – Tree (US)
Taking virtual reality to bold new heights, this VR project shows how it feels to be a rainforest tree. Expanding the immersive experience through additional sensory inputs, this VR film allows festivalgoers to live through the entire lifecycle, from seedling to fully grown tree to its ultimate fate. Part of the official selection at the Sundance and Tribeca film festivals.
Teaser: youtu.be/oEqkLuyKGUk 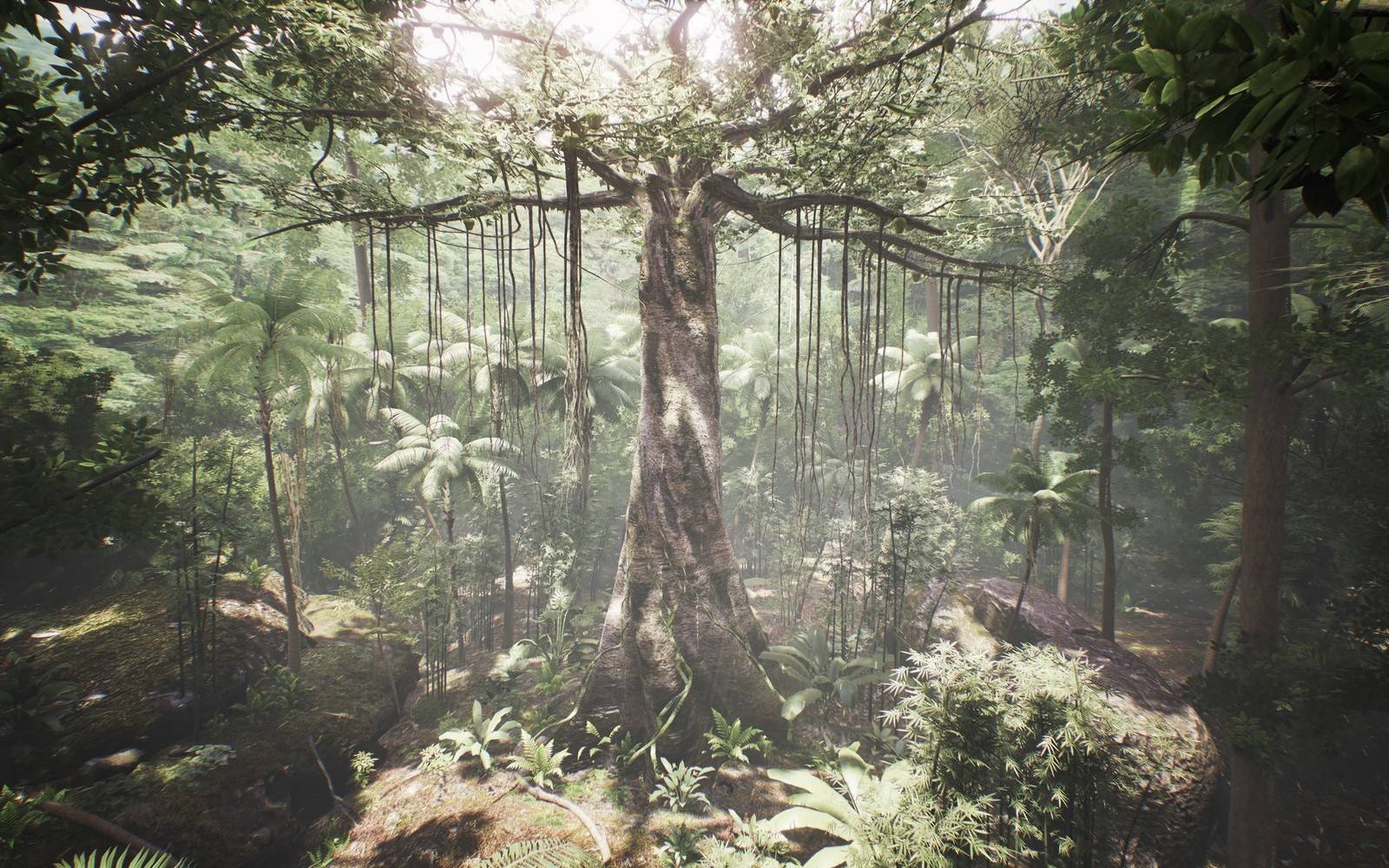 [NEW MEDIA ART] Michael Spranger & Stéphane Noël x Pauline Yau – Das Fremde (DE/CH/HK)
Questioning the ways in which we interact with machines in the age of AI, Das Fremde is a mind-blowing immersive installation featuring a ‘tribe’ of artificially intelligent robots that invent their own language and culture in real-time, with intricate scenography courtesy of Hong Kong artist Pauline Yau.
Learn more: dasfremde.world

[MARKETLAB] Looking Glass – HoloPlayer One & Little Pepper (HK/US)
With Looking Glass’s cutting-edge holographic technology HoloPlayer One, users can interact with 3D holograms in a variety of fun, creative and surprising ways. At Sónar+D, the company will also be unveiling two new holographic projects that push the interactive concept to the next level.
Learn more: lookingglassfactory.com

About Sónar festival
Since its launch in Barcelona in 1994, the Sónar festival has established itself at the cutting edge of the global electronic music landscape and gained respect among fans and critics worldwide for its eclectic lineups, high-quality production and unwavering support for electronic artists both new and established. Beyond the music, Sónar plays a vital role in promoting creative technology via the Sónar+D programme, providing a unique platform for exchanging ideas and exploring the spaces where creativity and technology meet in a fun and inspirational environment.

Once you have successfully paid, you will receive a confirmation email with your order details. PLEASE NOTE: There will be a 247 e-ticket link in this email, this is NOT the e-ticket that you need to bring to the event. You'll get a second email before the event date with your unique Sónar e-ticket(s). Please bring your Passport or ID and this e-ticket to the venue to exchange for your wristband before entry.
Tickets:
SonarPass 750 RMB
Sónar+D 160 RMB 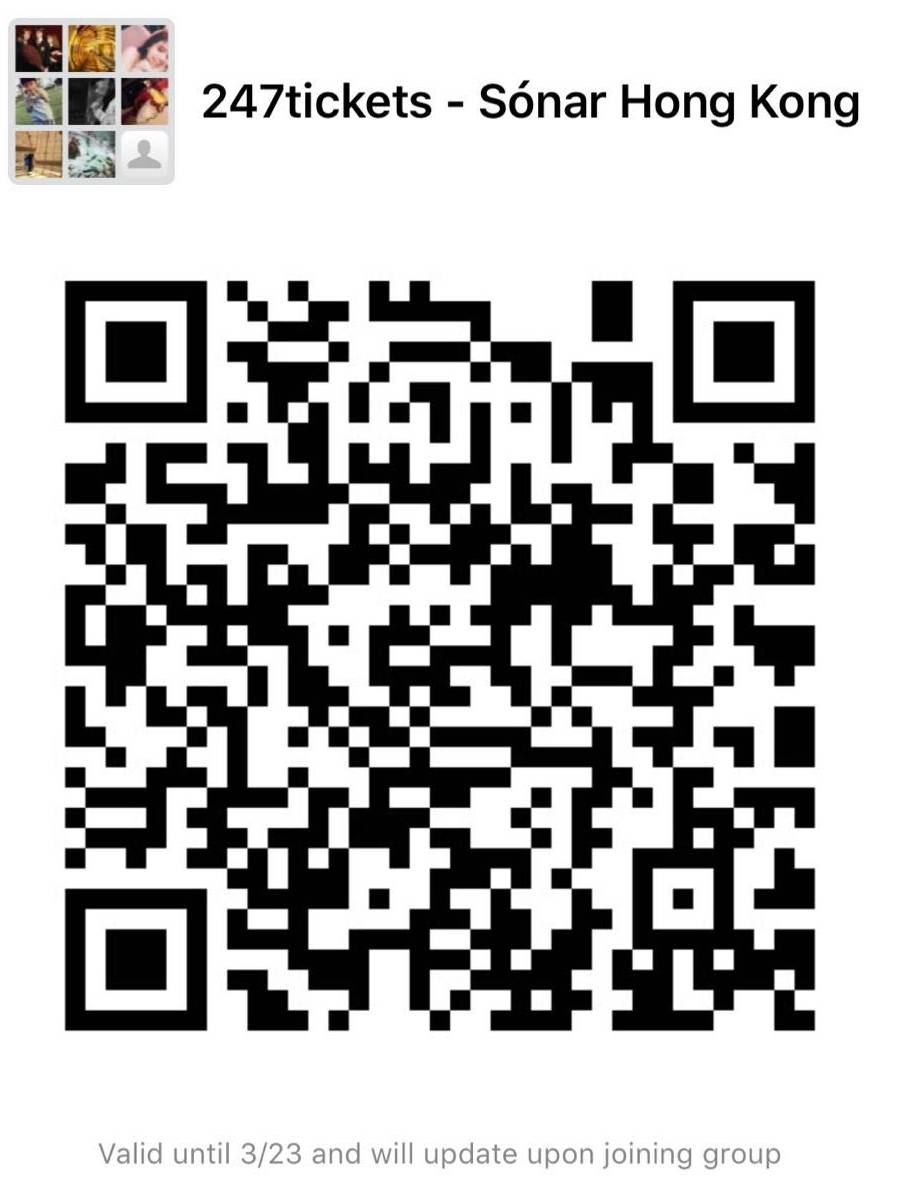