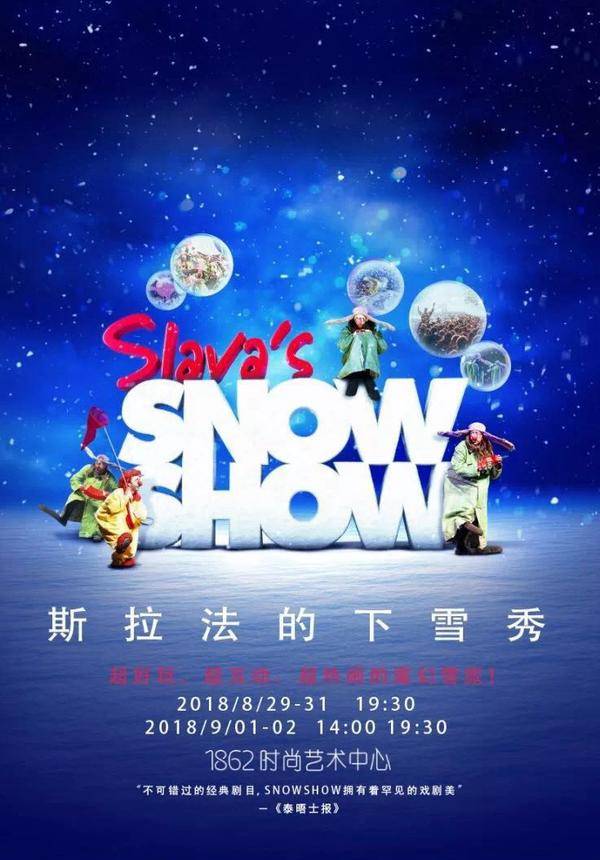 “The mind boggles. Slava’s Snowshow achieved something I’ve rarely seen: a spontaneous eruption of playful energy which lifted the entire audience in a bubble of pure delight. Magic!“
- Financial Times

“His genius lies in the balance he strikes between spectacular theatrical effects and the tiniest nuances of facial expression”. Theatrical Brilliance!”
- The Sunday Times 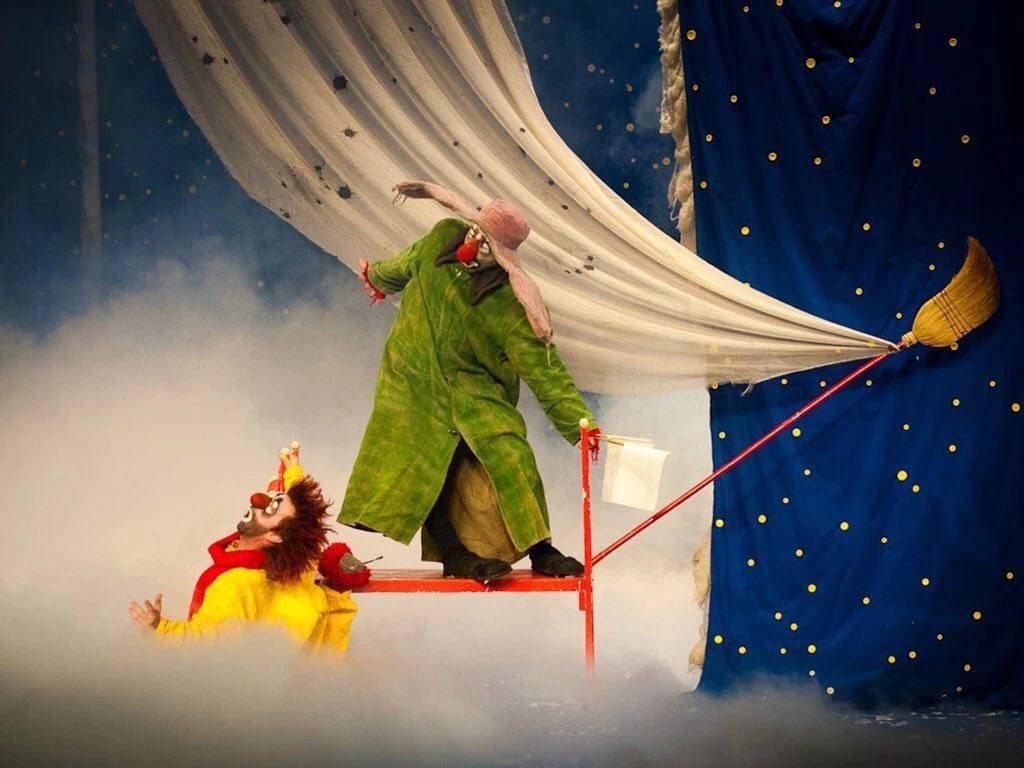 SNOWSHOW is a universal and timeless theatrical poetic spectacle which has unanimously enchanted and empowered the imagination of audiences and critics since 1993 in dozens of countries, hundreds of cities with multiple thousand performances resulting in millions of ecstatic spectators from all nationalities, genders, beliefs, types and ages, probably like no other show. It is a genre of it’s own and remains as spontaneous and magical as on the first day it was performed, systematically catapulting adults back in childhood. 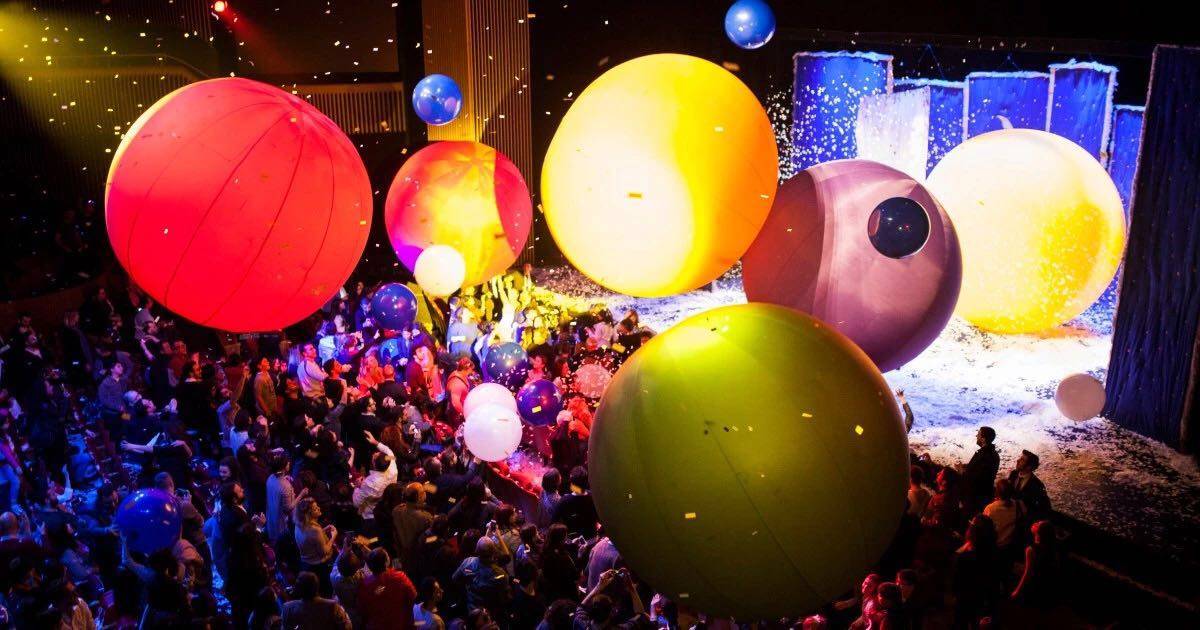 SNOWSHOW has restored the art of clowning by seducing back all those who claim no interest in the ageing clowns traditional circuses.
They call it a stage spectacular, but it’s really a caravan of organized chaos, revelry and enchantment that ceaselessly trundles round the world. It offers everybody – everybody, young and old – an opportunity to leave their regulated lives at the theatre doors and enter a condition of delighted idiocy. We could say that Snowshow is just an excuse to celebrate life in a foolish way. 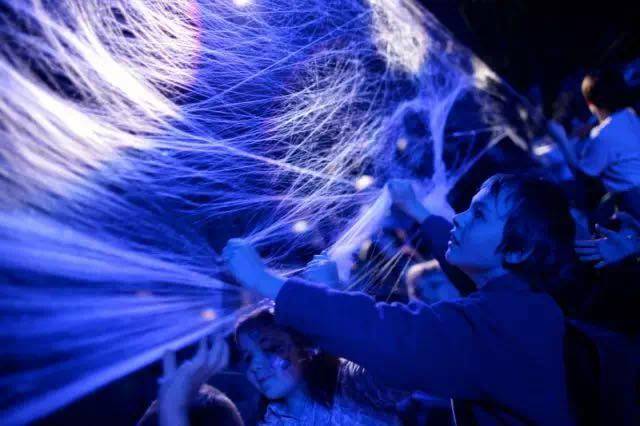 The transfermation of the spectator during the show is one of the most remarkable feats that this live theatre can offer. Where else can you see grown-up men cry with joy? This highly acclaimed visual tragi-comedy, this masterpiece of clowning has won the highest theatrical awards from London to New-York, Australia to Mexico, Paris to Moscow… including the Laurence Olivier Award in England. 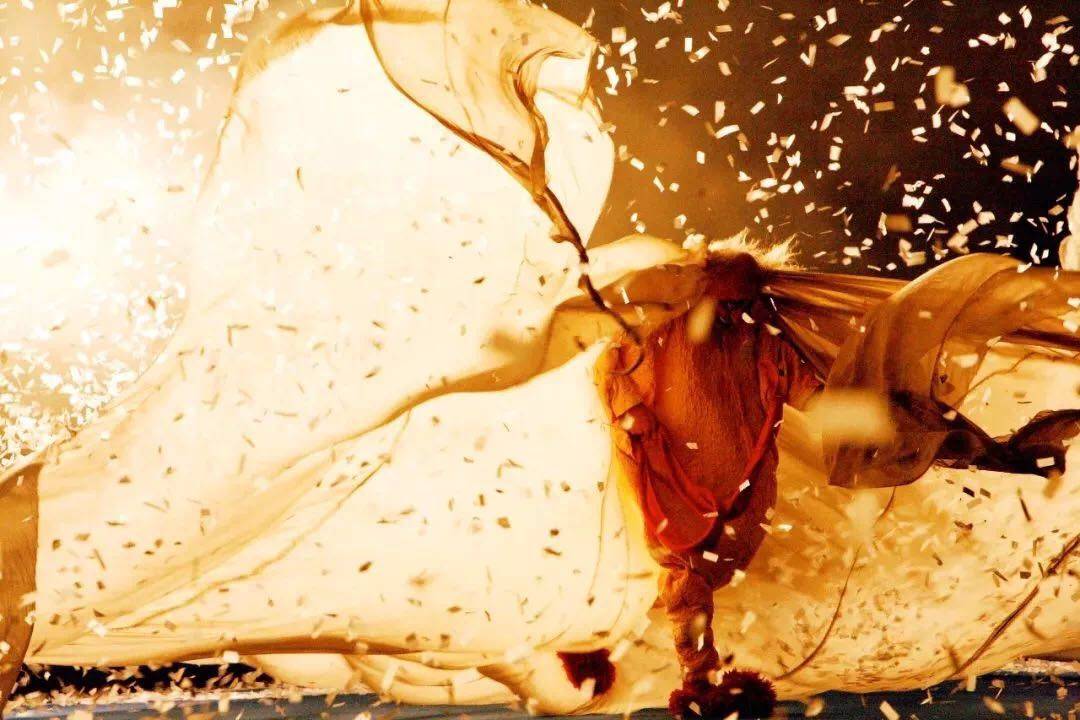 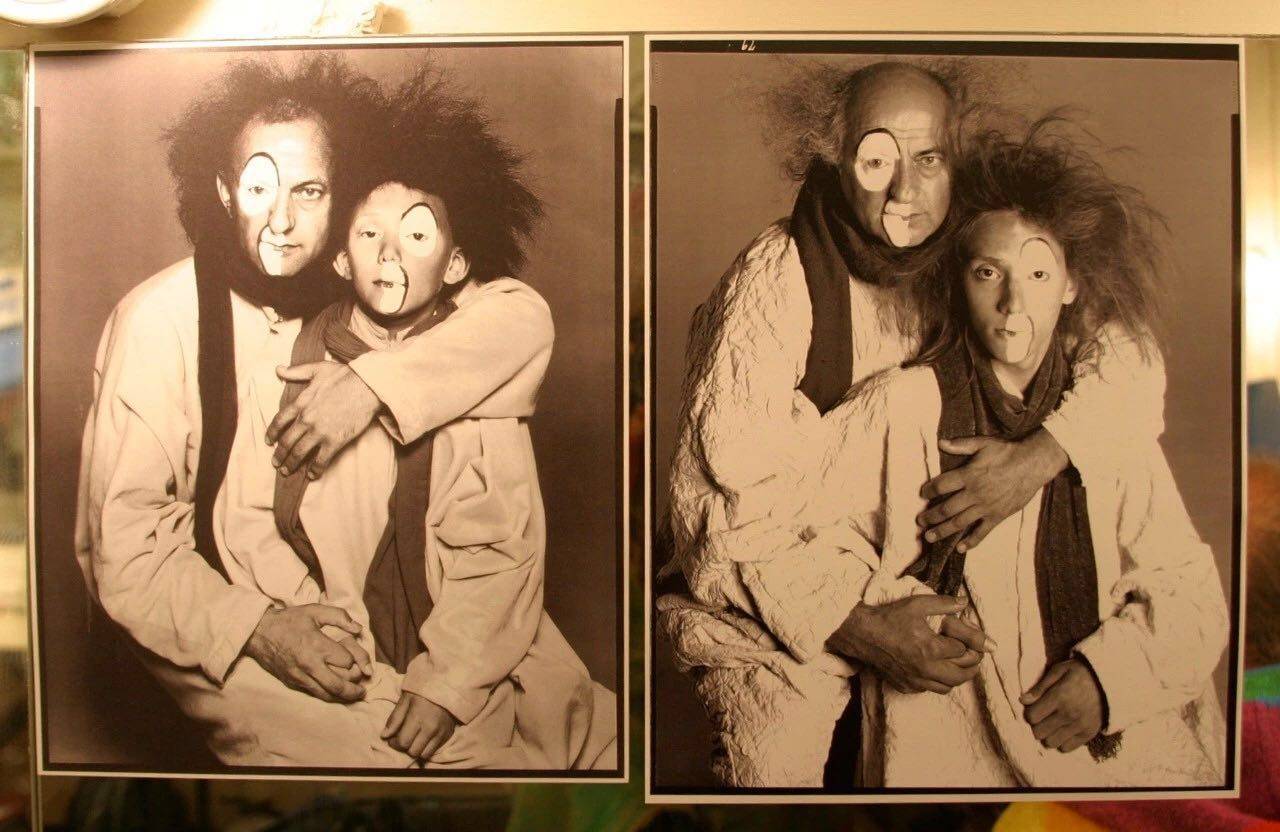 SLAVA’S THEATRE is known to grow out of the fabric of dreams and Fairy Tales. Over the years, he has developed and mastered a tragic, metaphysical art of clowning by digging deep into tragicomedy to understand to what extent drama can be combined with laughter in a most captivating way. 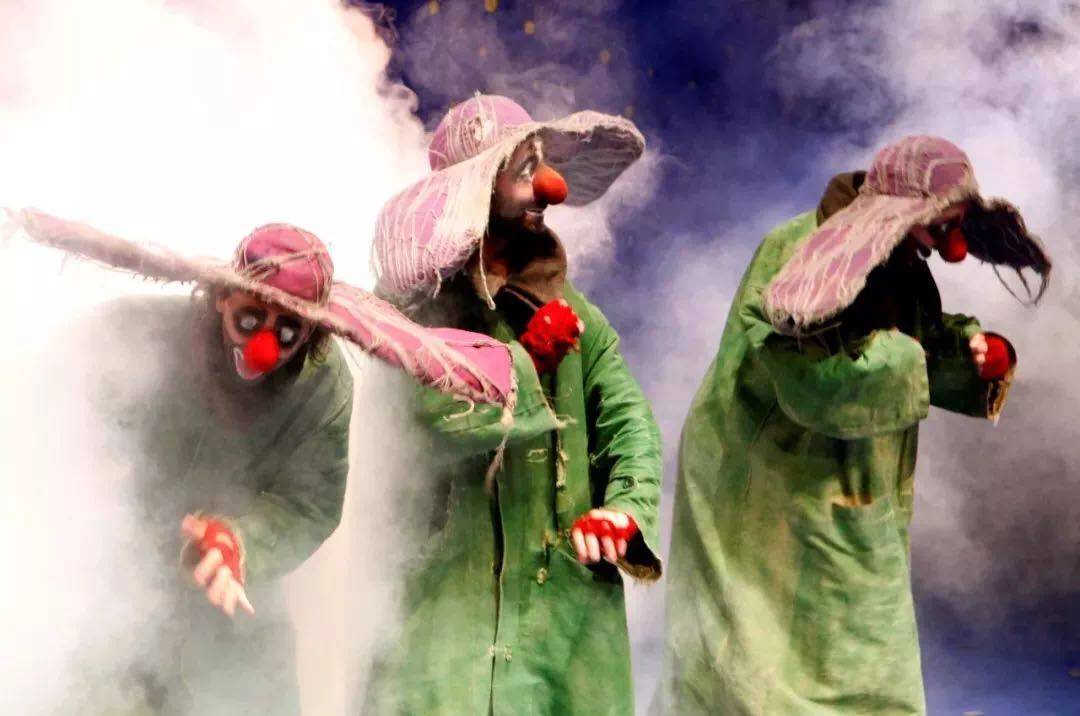 Perhaps what most spectators talk about is, is their amazement in witnessing how most adults get caught in an irresistible spiral of silliness leading them to act as children by the end of the show. Snowshow is guaranteed to make even the glum thaw into happiness. It is one of the most powerful, innocent and simply beautiful theatrical experiences, made accessible to all. Joyfully playful, it is tickling our childhood memories. The show fulfills a need for an oasis, a space in the physical world where normally sensible people can very happily return to the wide-eyed wonder and simple joy they knew as children. 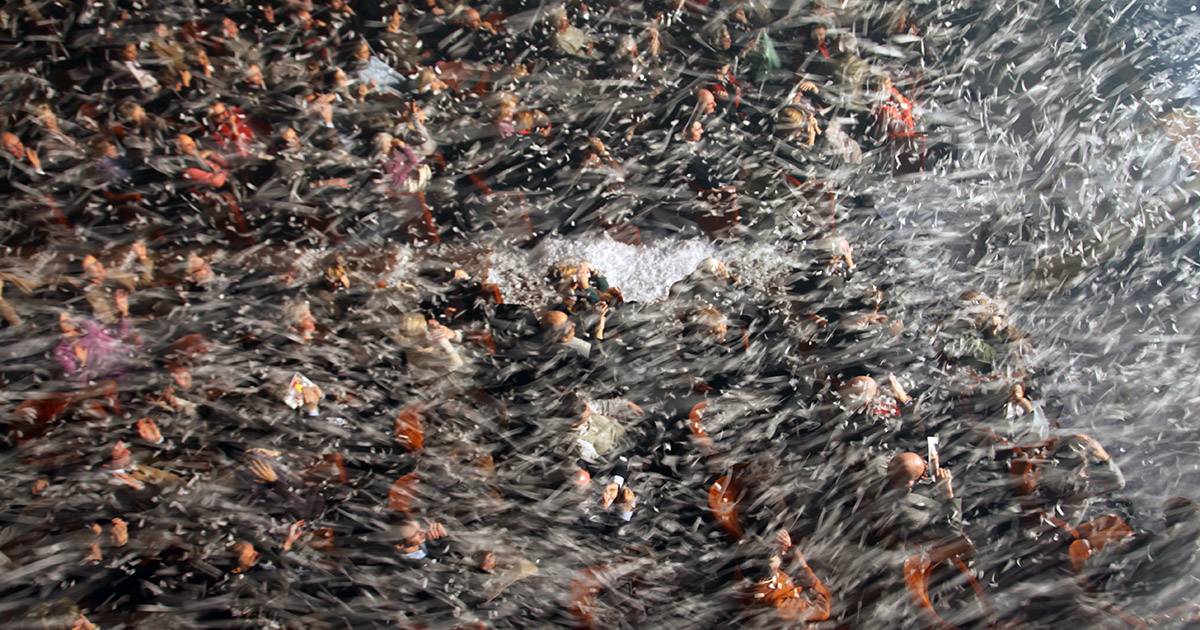 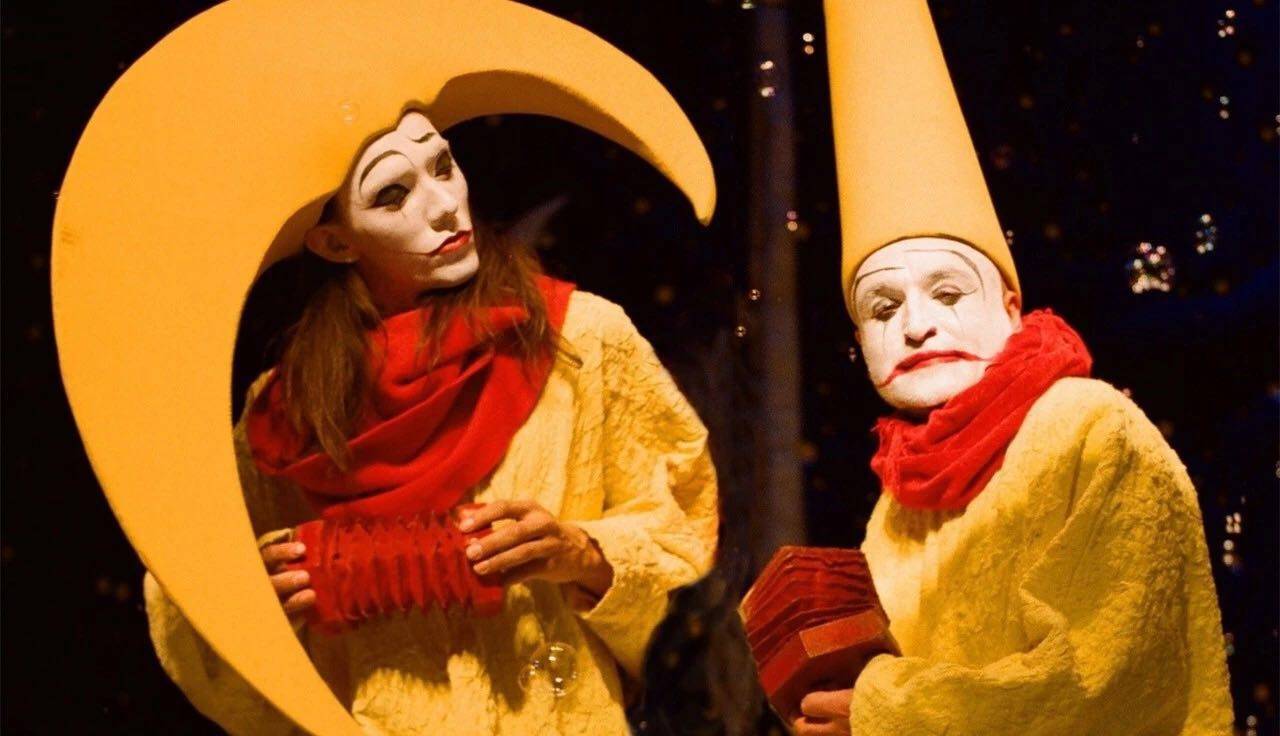