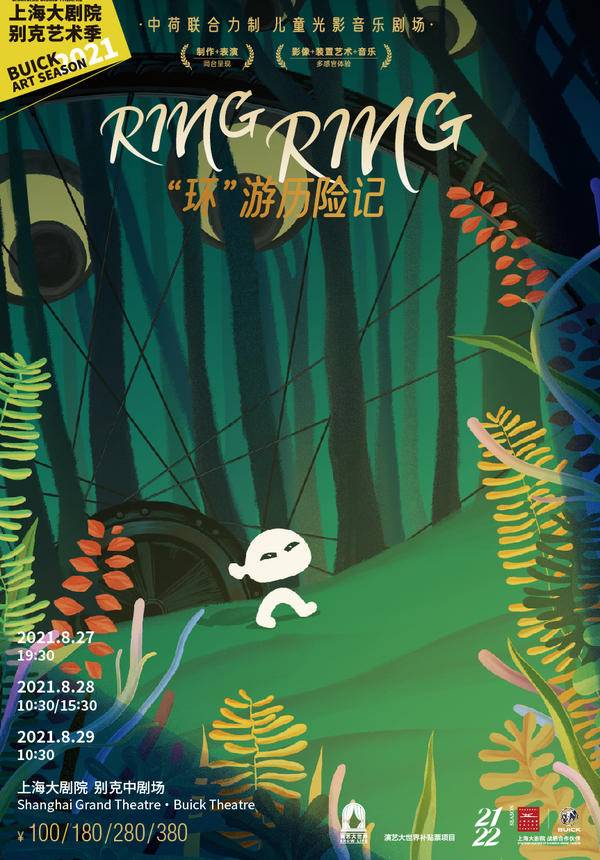 A fairytale told through light and live music after Wagner.
For all ages.

Ring-Ring is a bicycle bell that unfortunately gets separated from its frame. Lost but courageous, he sets off for reunion. Fate leads him past enchanting landscapes but also dangerous places full of strange creatures and unexpected encounters. An endearing adventure full of joyful but also tricky moments. Whether his quest will be rewarded remains exciting until the end.

Ring-Ring is based on Der Ring des Nibelungen by Richard Wagner. A quest for salvation but now interpreted in the unique Lichtbende way. A fairytale full of eye-catching visual and musical discoveries. Ring-Ring's music has been arranged and composed especially for this performance for accordion, percussion and live-electronics. The true Wagner fan will recognize the leitmotifs from his opera, but as strange and surprising as the visuals in this.

Lichtbende is an internationally operating theater company from the Netherlands, founded in 2010. Lichtbende is known for its poetic performances with a unique combination of manually animated projections and live music in which all actions of the artists are visible to the audience. You can see how the images are created. Everyday materials transform into vibrant characters. A fusion of visual art, theater, and music. A story of pure imagination in which the use of language becomes superfluous. Lichtbende performs at renowned festivals all over the world.

The explanation in the last 15 mins will use Mandarin.