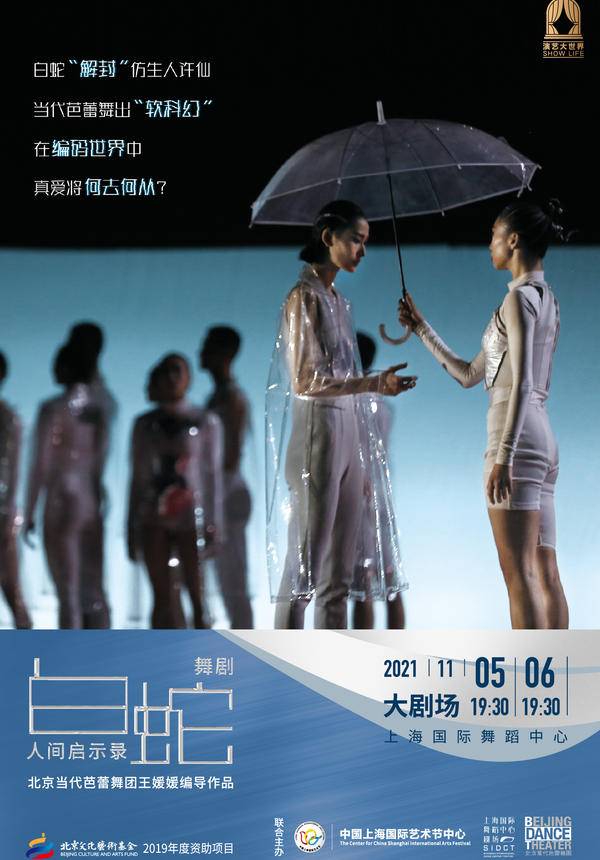 A Creative piece by Wang Yuanyuan and Beijing Dance Theater

A white snake in thousand years of turns VS the AI

Where shall true love go in the world of code? 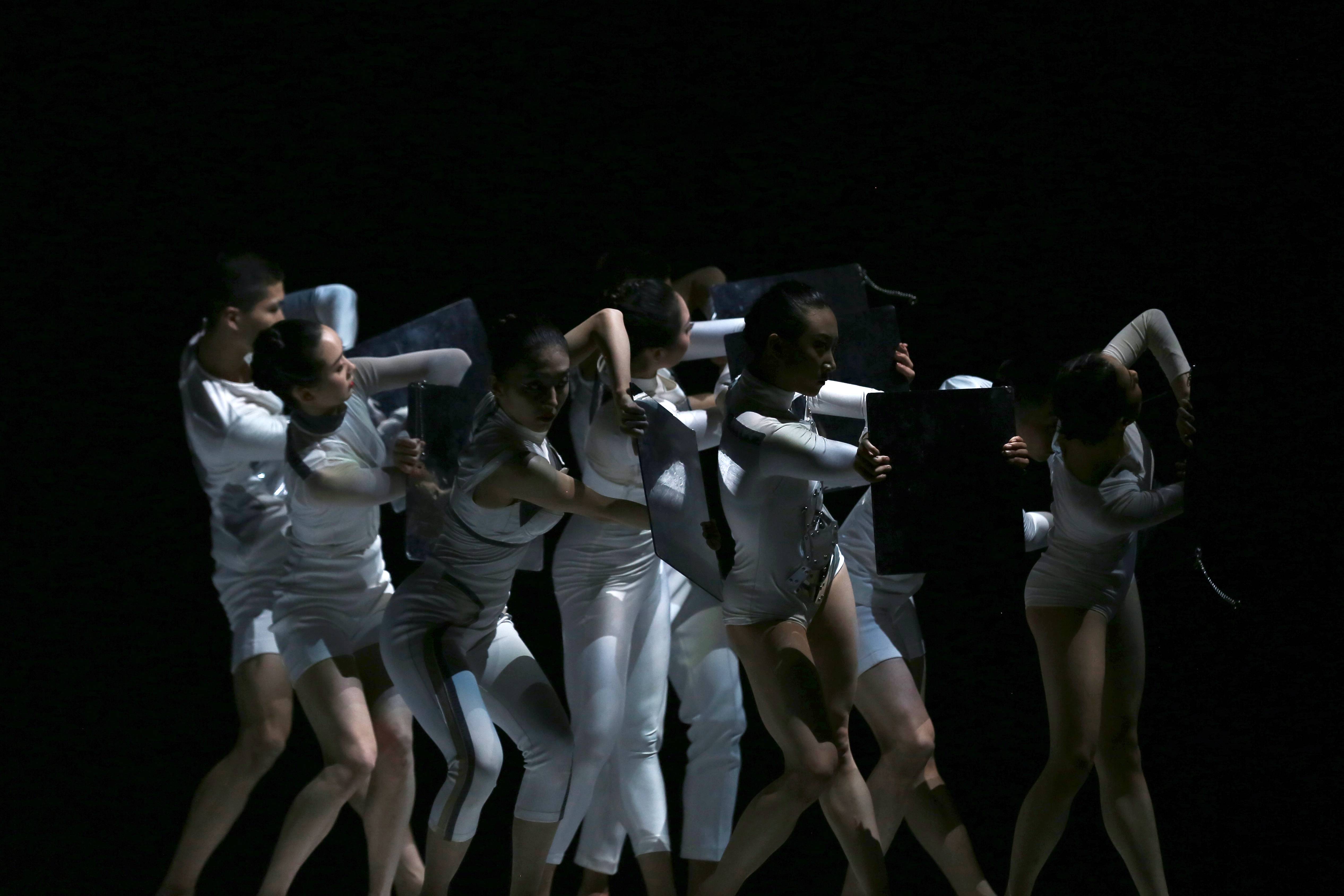 Everything about our world now was all but unthinkable when I was little. Back then I used to think I could have myself frozen and awakened when the world turned especially pretty, for life is short and I really wanted to see what the future was like. Even now I’m curious: what will the future look like? Can I live life once again and meet you again……

Then what about the future? In a way, the bionic androids are a different species from human beings, and the two species co-exist in the same society. As the vessel for consciousness, the brain can already be stored and copied, and so can memory and the soul. In the technological world of the future, can human beings retain their original memories and souls, or their hearts? In an encounter between a human being and a bionic android, if there is love, then it must be that WHITE SNAKE from a former life has come in search of XU XIAN.

A folk tale though it is, the legend of WHITE SNAKE makes us wonder if she cycles into our present life with her dedicated search for XU XIAN and her commitment to returning a favor in a former life with her body and her love. Maybe you and I haven’t seen her. Maybe she’s right beside you. Whether a person, a spirit, or a demon, it’s only her living in a different shell in this present life. She might even be the App’s or the operating systems in your computer. May your soul only belong to you. ——Wang Yuanyuan / A folks tale into AI world /

When Xu Xian and White Snake left West Lake in March and arrive in the future of thousand years later, they step in the unknown AI world.

Beijing Dance Theater is founded in 2008 and famous for its bold innovation and the integration of multiple artistic media. The theater keeps creating dance pieces with new topics. WHITE SNAKE·REVELATIONS is directed by Wang Yuanyuan, the chief of Beijing Dance Theater. She re-directs the famous story of Madame White Snake and makes the West Lake from the last years of Tang Dynasty to the alien space in the future world, leading the main characters Xu Xian and White Snake dancing from reality to AI world.

/ The later and current lives of XU Xian and white snake, would they escape from sad separation? /

In WHITE SNAKE·REVELATIONS, Xu Xian and White Snake are no longer human and monster. The Xu Xian that White Snake trying her best to find is a bionic Xu Xian produced by advanced system. She only finds an empty shell.

/ Is it soft science fiction or new aesthetics?

Looking for classical humanism in cold technology and sophisticated calculation /

The computer technology has already entered into people’s daily life. Numerous unknown in the future make people fear and worried. Huge amount of code and marshaling let people ignore their true emotions in hearts. In the classic text, the most obstacle of the love between Xu Xian and White Snake is the differences between human and monster; Fa Hai monk is the one who stop their love. How about now and future? What becomes the obstacle and who becomes the stopper?

Soft science fiction combines beautiful contemporary ballet dance and lead the audience to think about the new topic that human may possibly meet. The emotions are vanishing because of the defeating by cold science and technology and precise calculation. In the over-rational world, would the powerful love of White Snake still exist? 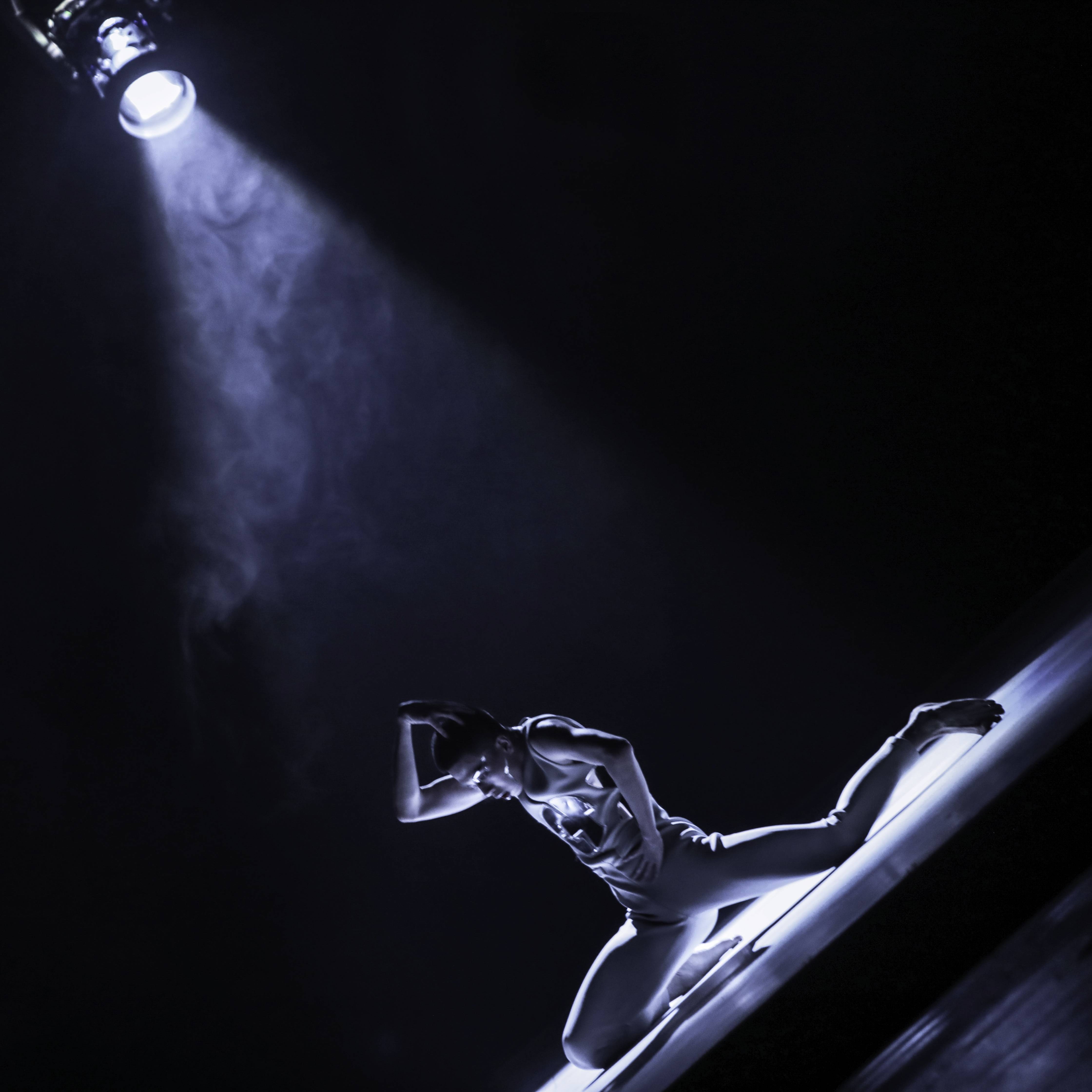 ACT I: The Encounter

Endless cycles of life and death have shrunk the world into a flat plane, even as all the souls have been incarcerated in a storehouse.

The SYSTEM has generated soulless bionic androids, who act without purpose, only to perpetuate the meaningless cycles.

In this lonesome chaos, WHITE SNAKE continues her painstaking search for XU XIAN.

She finds the shell of XU XIAN – a bionic representation of him, a hollow derivative produced by the SYSTEM.

She tries to awaken him, stirring up his consciousness with her millennia of loving memories, and shaking the dead-silent world at the same time.

Like a sudden light, memories of affection fill the empty heart with warmth as the bionic XU XIAN awakens.

ACT II: The Shell & the Break-in

The SYSTEM, supreme and absolute, will not stand for such disturbances.

It extracts the consciousness from XU XIAN and locks it in the storehouse before extinguishing the light of memory.

It manipulates XU XIAN’s shell to confuse WHITE SNAKE, who loses her love again in the struggle.

The irate WHITE SNAKE breaks into the storehouse. She finds and unseals XU XIAN’s soul amidst countless wailing souls.

Once reborn, XU XIAN recovers total memory of his former and present lives. Like a supernova, love illuminates his dark world.

But the glaring light is instantly engulfed by darkness. The supreme SYSTEM forces a shutdown to reclaim XU XIAN.

Beside herself with grief, WHITE SNAKE decides to let loose all the souls in the storehouse.

The SYSTEM wants to overwhelm WHITE SNAKE and annihilate her.

Right before her defeat, WHITE SNAKE breaks through all barriers and awakens the incarcerated souls.

All the souls from various life cycles, all the beings, all the plenitudes of selves, now liberated from the storehouse, trigger the disintegration of the SYSTEM, until finally it vanishes without a trace of ever having dominated over everything.

The world, now in pieces, gradually dissipates, as a new world of life burgeons again.

People move about in the new world filled with their recovered souls. They are looking for their respective life cycles. 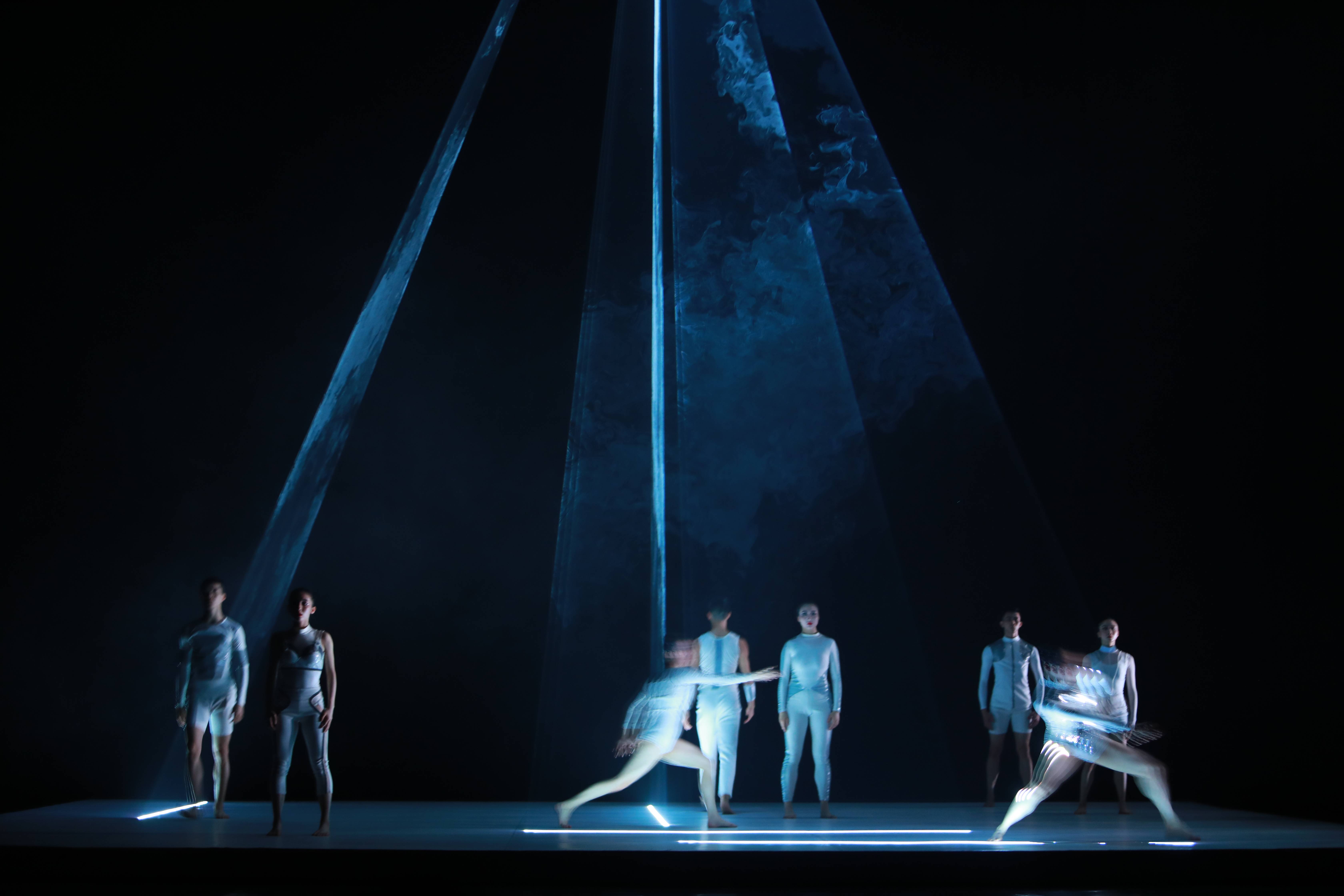 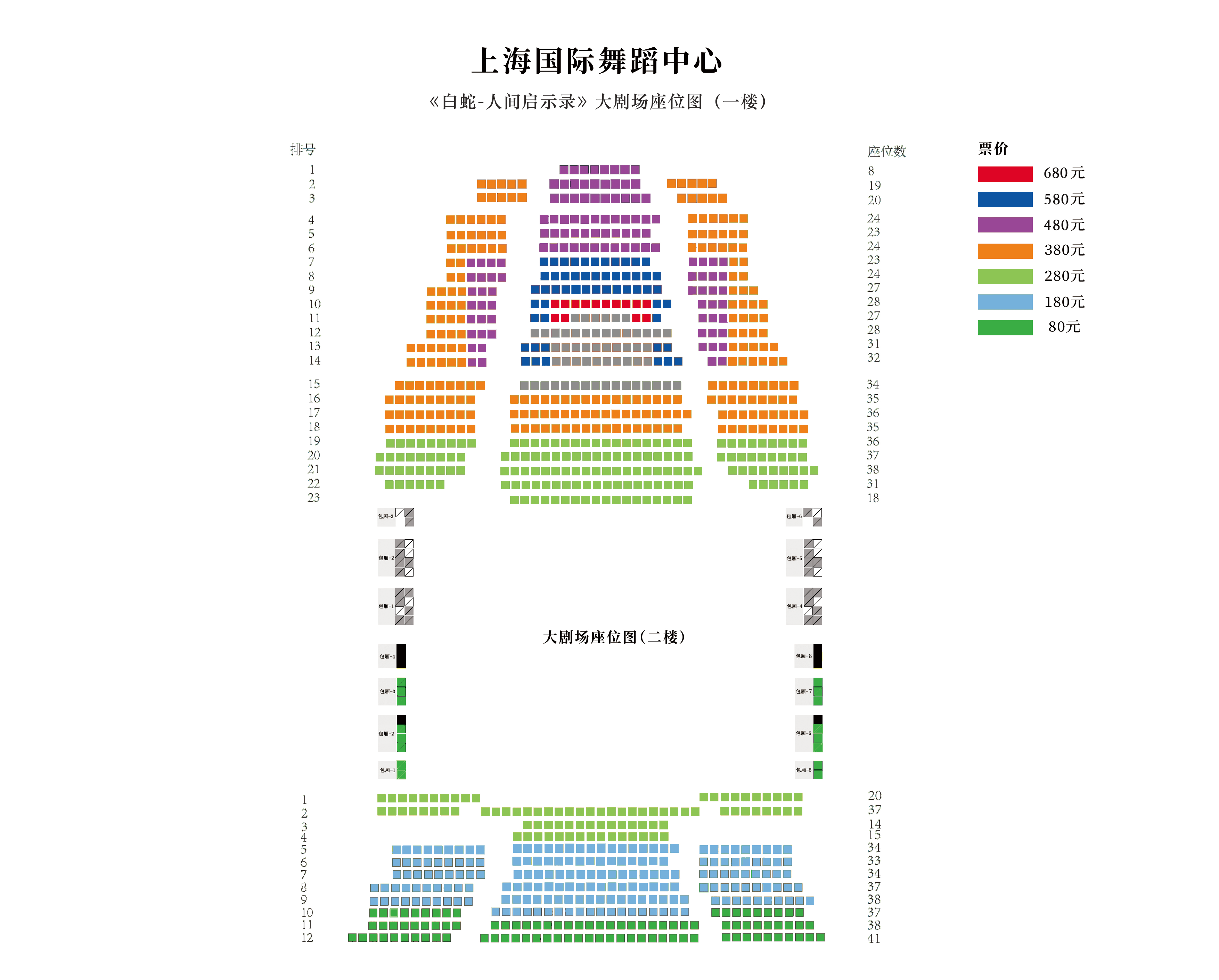