Crested ibises, an international preserved rare bird species, known as the “birds of good fortune”, are gorgeous and precious creature symbolizing happiness and blessings. They used to be so innocent, gentle and graceful and lived with human beings in the agrarian times as human’s loyal and adorable companions. However, when accelerating the pace of modernization and urbanization in modern time, human beings neglect the deterioration of the living environment of crested ibises. The natural habitat upon which the wild crested ibises are so dependent for their breeding, such as blue sky, clean water and tranquility, has become so hostile that they are forced to die out gradually. Recently, the discovery of the last seven wild crested ibises in Yang County, Shaanxi Province, made the endangered creature come into people’s sight again. Today, with joint efforts from Chinese and Japanese scientists, crested ibises have received increasingly conscious protection and care from human society. Therefore, the “bird of good fortune” now embraces the auspicious revitalization.

The dance drama Crested Ibises, produced jointly by Chinese People's Association for Friendship with Foreign Countries (CPAFFC) and The Publicity Department of the CPC Shanghai Committee. The performance, themed as the preserved bird crested ibises, aims to aware people of the significance of keeping a harmonious relationship with other creatures. Through the presentation of crested ibises’ beauty, purity and grace, it reminds people to reflect on the interdependence between human beings and nature.
We sincerely hope that human beings will not only take the responsibility for their own homes, but also be the watcher for the homeland for all creatures on the earth.

Crested Ibises will provide people with the special feelings of purity and beauty, focusing on issues of environmental protection, and the relationship between human beings and nature. It appeals to the public to cherish this friend of nature forever, for the sake of that near eternal loss. Besides, it encourages the pursuit of the unyielding values of “the true, the good and the beautiful”; it warns people of the problems encountered in the development process; it advocates the ecologically friendly and sustainable development concept. Overall, the emotional resonance and ideological inspiration is what Crest Ibis is expected to bring to its audiences.

Crested ibis, known as the “bird of good fortune”, is a beautiful and precious rare creature symbolizing happiness and blessings.
Centuries ago, in the agrarian times, human beings live in harmony with the crested ibis, a good friend and adorable companion.
Deep in our memory, crested ibis is a passionate bird, who would appear reserved, elegant, sacred and noble, yet also sensitive, vulnerable and occasionally distant.
At one time, the crested ibis is such a close and warm friend to us.

No one knows when these "birds of good fortune" gradually fade away from our sight.
Human beings, who are busy racing on the track of modernization and urbanization, neglect the deterioration of the living environment of crested ibis. The natural habitat upon which the wild crested ibises are so dependent for their breeding, such as blue sky, clean water and tranquility, has become ever narrower and hostile.
In the middle of the 20th Century, it is declared that crested ibis has been enlisted as an endangered species of wild nature.

In May 1981, Chinese scientists accidentally discovered seven wild crested ibis in Yang county, Shanxi province. Therefore, the "birds of good fortune" which have been declared endangered repeatedly fade in people's sight again.
Today, in China, Japan, Korea and eastern Siberia, with our increasingly conscious and careful protection, the size of population of crested ibis has been growing as an auspicious sign.
For "the unbearable lightness of being", and for what was lost in the past, let’s appeal to cherish the future forever. Composer: Guo Sida
Extremely active young Chinese composer on today's stage. Guo’s works cover a wide range including films and television, symphony, songs, stage creations. He was awarded as the best music composer of 9th Lotus National Dance Competition in 2013. His representative works include those in memory of the 1st anniversary of the Wenchuan earthquake, the National Memorial Day, the parade at the Commemoration of the 70th Anniversary of the Victory of the Chinese People’s War of Resistance against Japanese Aggression and The World Anti-Fascist War, the 2008 Beijing Olympics, and other national events.
Recent major works:
Musicals, e.g. Jasmine Flowers, Flowers and the Youngster, Charm from Qingcheng, Eight Tailed Cat and the Little Prince
Dance dramas, e.g. Goddess and the Dreamer, Crested Ibises, Let’s Dance Together, Strange Stories from A Chinese Studio, Blooming of Time, Wu Tian Fu Tian, A Dream in Red Mansions, Sculpturing in Time, Offering Fragrance, etc.
Films and television productions, e.g. A Dream in Red Mansions New Edition, Lady of the Empire, Kung Fu Man, the Apparition, the Forbidden City, Zou Xi Kou, Kui Ba, China, etc. 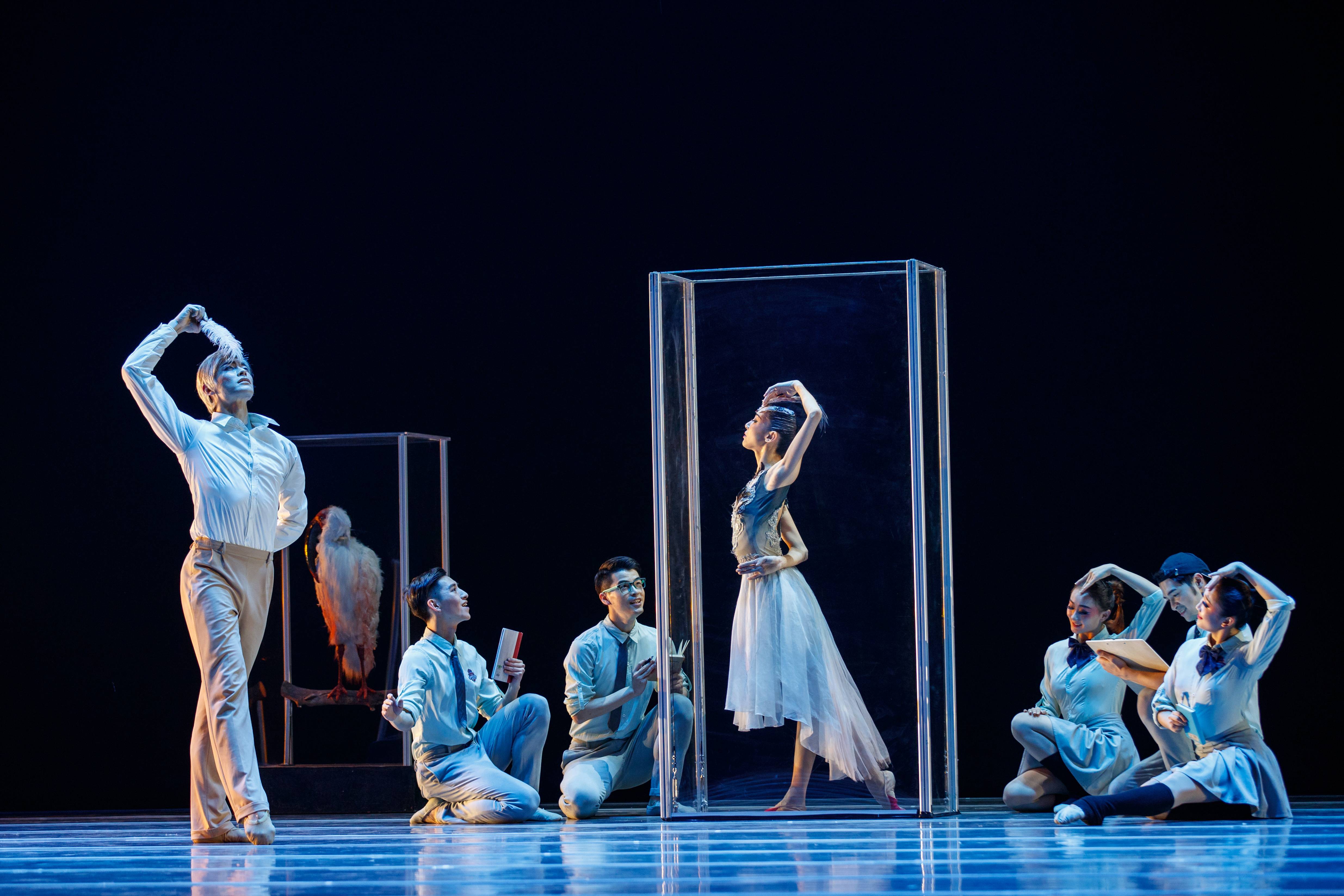 Makeup and Stylist: Xu Bin
Stylist in the National Ballet of China; graduated from Central Academy of Drama, major in makeup and style design; learning painting since an earlier age, now owning ten-year studying and training experience in painting; holding in-depth understanding on Eastern and Western art, including Chinese ink painting, Chinese ancient craft art, western classic art, western modern art; working as a makeup designer for dozens of musical and dramas from home and abroad.
Based on solid styling skills, combining the feminine emotional sensitivity and the delicate style of South China, the innovated and delicate style perfectly displayed in dance receive compliments by various media and critics. Honors include the excellence award in make-up and style design of National Art Institutions Outstanding Repertoire Performance by China Ministry of Culture in 2012.