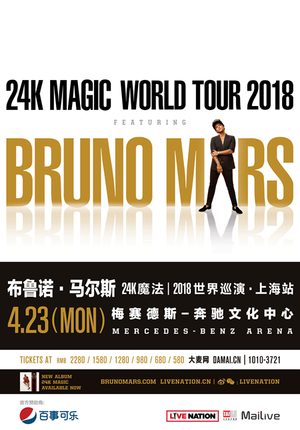 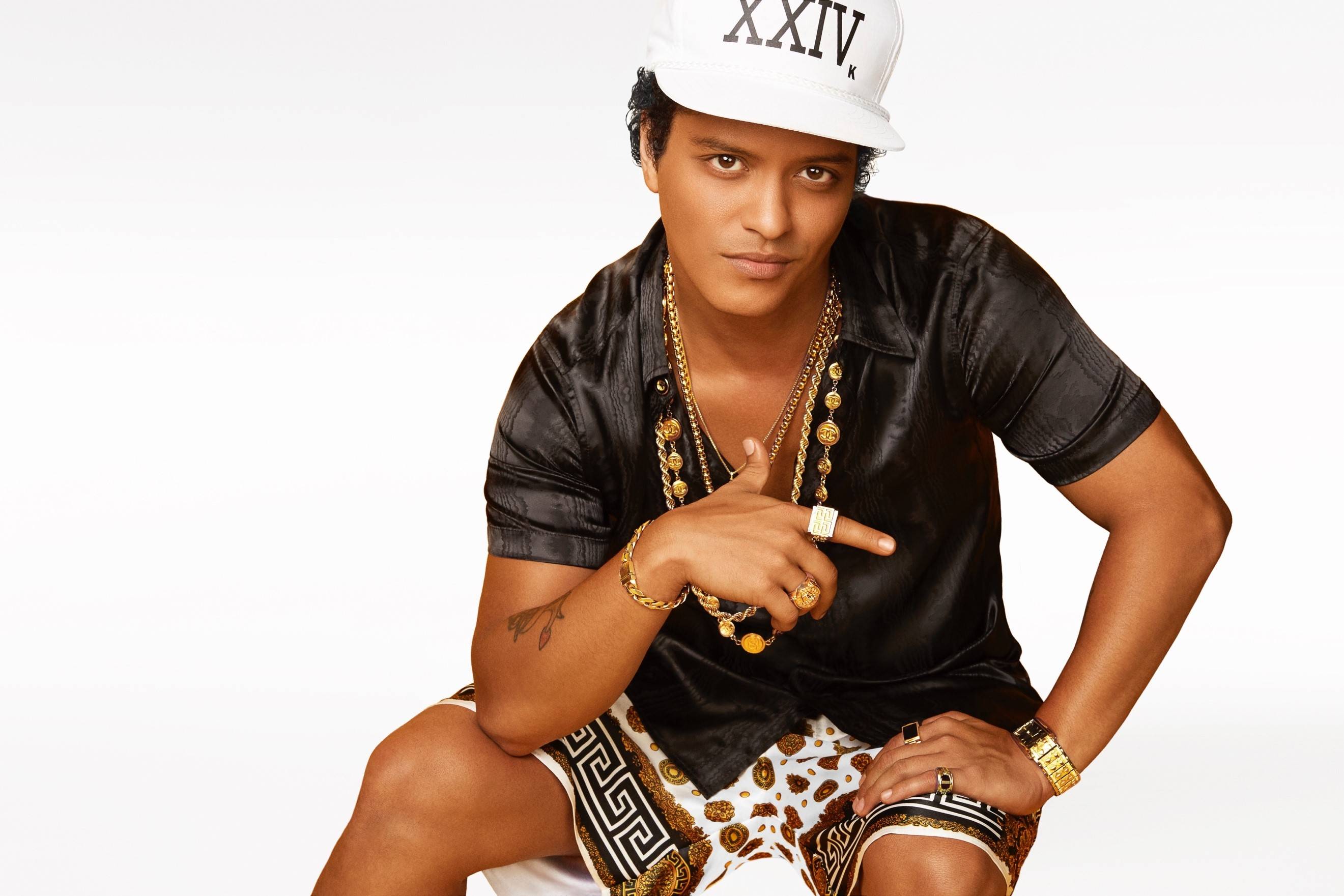 Live Nation is proud to announce Bruno Mars will bring his 24k Magic World Tour 2018 to Shanghai on the 23rd of April. Tickets start from RMB 580 and will go on sale on March 16.

The tour began at Antwerp, Belgium in March 2017 and has traveled throughout Europe, North American and visited over 45 cities across the US and Canada. The tour will play Australia to a sold crowd in 17 Arenas - just prior to the tour of Asia. 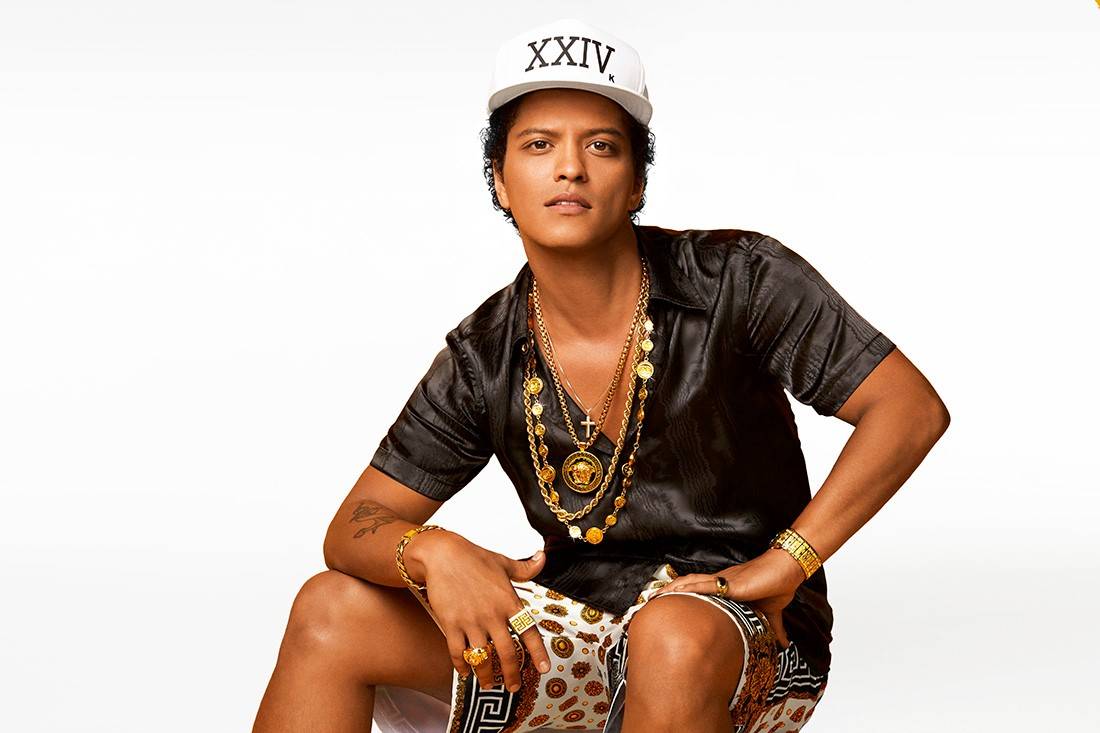 A multiple GRAMMY® Award winner and 20-time GRAMMY® nominee, Bruno Mars has sold over 170 million singles worldwide and over 26 million albums worldwide, affirming him as one of the best-selling artists of all time. The critically acclaimed singer, songwriter, producer, director, musician recently dominated charts with the worldwide smash single, “Uptown Funk.” The RIAA diamond-certified smash made history as the longest-leading Billboard “Hot 100” single of the 2010s, and is only the 10th single in the chart’s 57-year history to spend at least 14 weeks at #1.

“Uptown Funk” has received a number of honors, among them three 2016 GRAMMY® Awards, including the coveted “Record of the Year” award. In addition, the “Uptown Funk” companion video received the 2016 MTV Video Music Award for “Best Male Video.”

Mars returned to the Super Bowl Halftime stage in 2016 to perform alongside Beyoncé and Coldplay. Mars’ historic 2014 performance made NFL history as the second most watched Super Bowl Halftime Show ever, earning a record-breaking total viewership of over 115.3 million, all while being the youngest artist ever to serve as the sole Super Bowl Halftime headliner. According to Billboard, Mars scored his first five “Hot 100” #1 singles faster than any male artist since Elvis Presley. As a singer, songwriter and producer, Bruno Mars has now amassed an incredible catalog of 35 “Hot 100” hits to date. 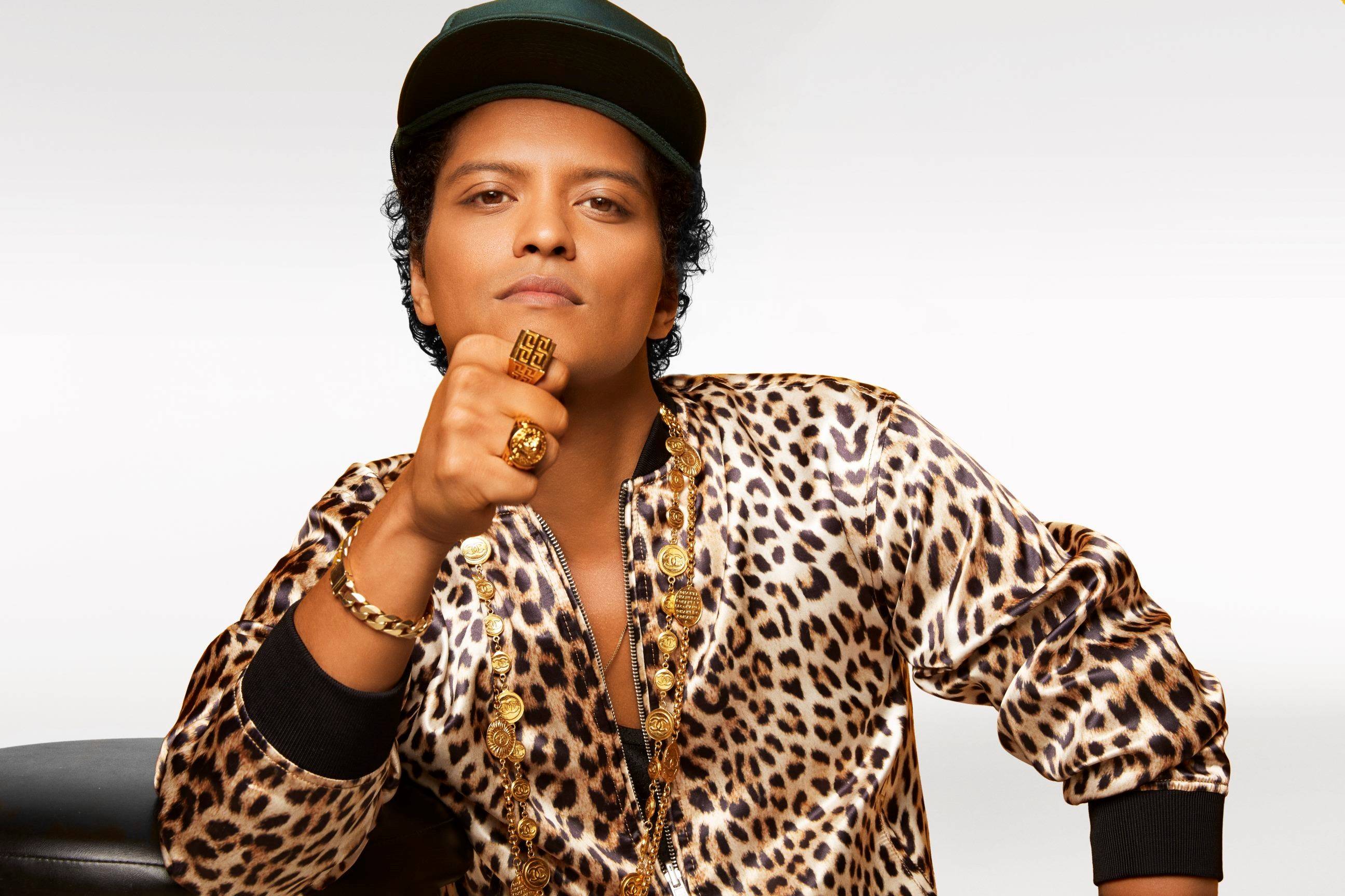 FAQ
What time does the show start?
Monday, 23rd Apr 2018 @ 20:00
Where is it?
Mercedes Benz Arena
How much?
RMB 580 / 680 / 980 / 1280 / 1580 / 2280
When will I receive my tickets?
We have not yet received an exact release date from the promoter, for big shows like this they often print the tickets out quite close to the show in an attempt to cut down on unwanted re-sellers.
Is there an age limit?
There is no age limit but Children under 1.2 meters are not allowed into the venue. ALL ATTENDEES NEED A TICKET.

How can I choose my seats?
Unfortunately, as this show is on pre-sale no company has access to the seating map yet. However, we always book the best seats available, and you will get good seats in your price range. 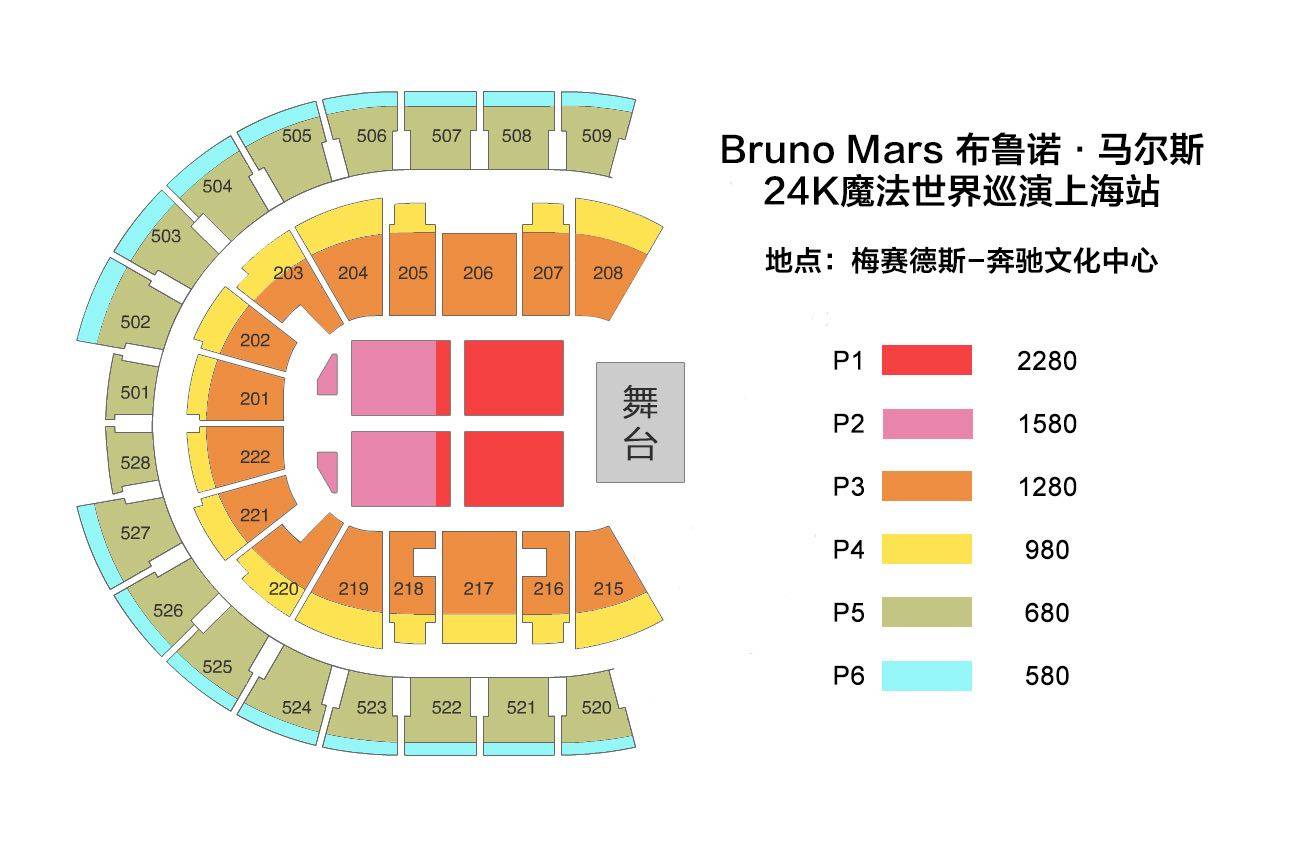